If summer was a car, it would be this S2000. Just look at that bright yellow paintwork, convertible roof and smiling Honda front end. You can’t front on a car like this as far as fun-factor is concerned. Though this body shape was first launched thirteen years ago, the S2000 looks as fresh-faced and young at heart as ever. A timeless winner. 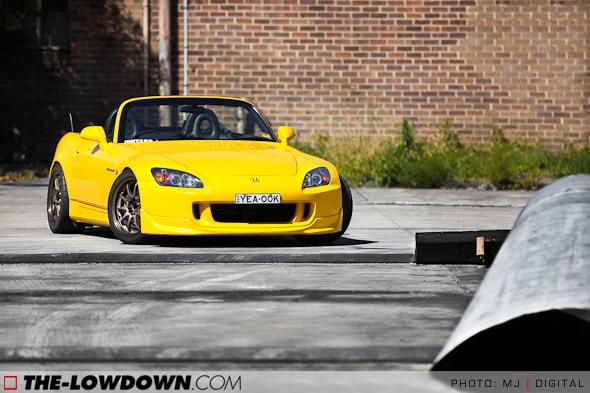 Michael Nguyen bought his Honda exactly one year ago. The only aftermarket additions were the wheels. Michael picked it up it with the intention of keeping it clean and simple; a modest cruiser with just the right OEM+ modifications. 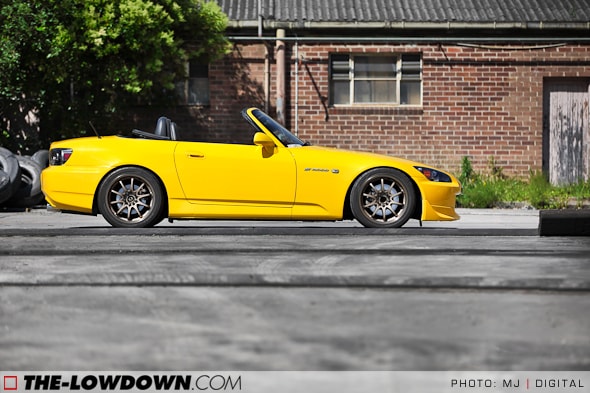 “Before the S2000 I had an EG Civic that I went all out on. It had lots of rare parts on it and stuff but I wanted to do the S2000 differently,” says Michael. At the start of his search for the right car, Michael was keen on a white one, but when this Spa Yellow example popped up he had to have it. 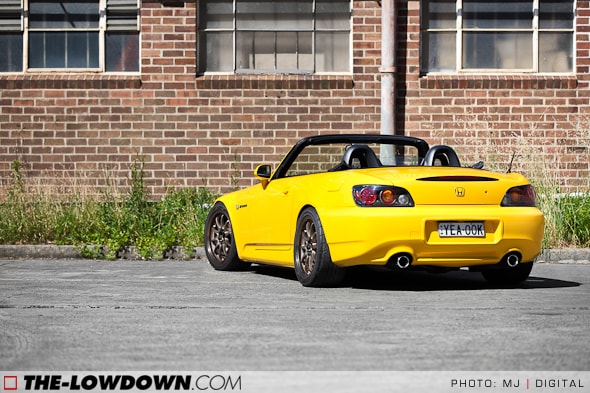 “It’s a rare colour for the S2000, and it’s even harder to find a clean one these days.” He’s not wrong about that, but his is one completely unblemished car. 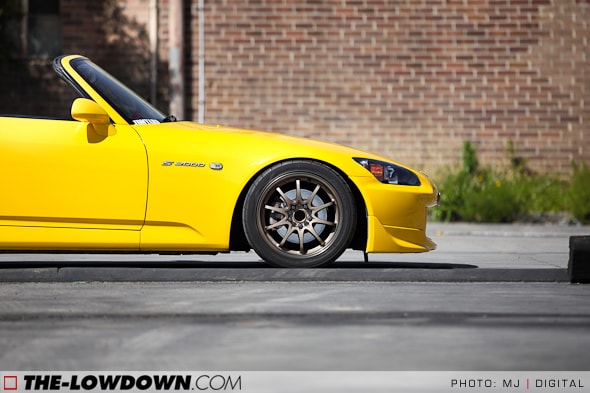 Outside, Michael sourced a host of AP2 exterior upgrades for his first-generation model. The bronze CE28s are hugged by the S2000’s guards thanks to Tein coilovers. The whole look hits the nail on the head as far as we’re concerned.

Open the door and you’ll notice just how well looked after and neatly modified this car is. The centre console has all been upgraded to AP2 parts, and the soft-top has had its plastic rear window converted to glass. 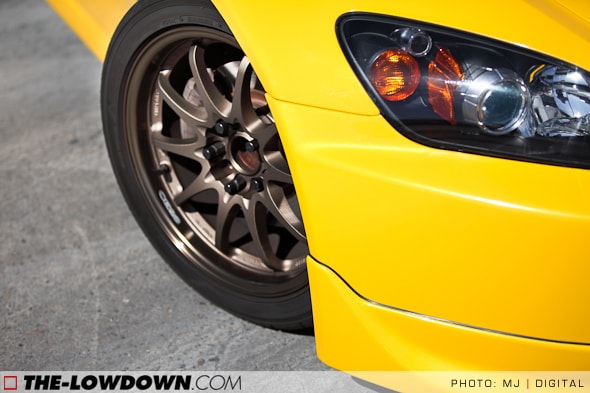 “The car itself is so smooth,” says Michael. In the garage he has a daily driver as well, but he spends more time daily driving the S2000 which is supposed to be his weekender! “It attracts the right and wrong attention all at the same time,” he laughs. “But it’s exactly what I hoped it would be.”