It’s fair to say that everyone wants to be able to call their ride ‘unique’ or ‘rare’. Modifier’s know all about the prestige that comes with owning hard to find parts, but true exclusivity is hard to come by. At the end of the day, nothing can top owning a car which is truly one of a kind, which is why this one is so special. What we have here is Australia’s only Mistubishi Lancer Evolution Wagon. 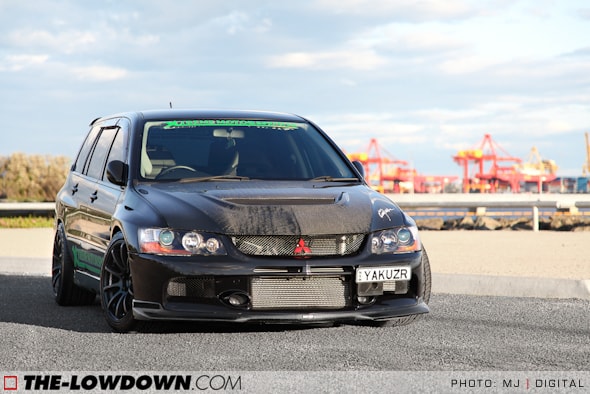 In performance car world, the Lancer Evolution has quite a rep. We have been lucky as Australians to get locally delivered Evos, but not all variants of the Evo are brought here by Mitsubishi. The process of getting a car ADR approved is not simple, and it’s one of the reasons why the Evo Wagon is so rare. Joe at Xtreme Motorsports is a real Japanese car guy. Between Joe and his wife they have travelled to Japan and back over twenty times. Xtreme was set up in 2001 as a wholesaler to other Sydney import yards, and after ten years of that they are now selling direct to the public. 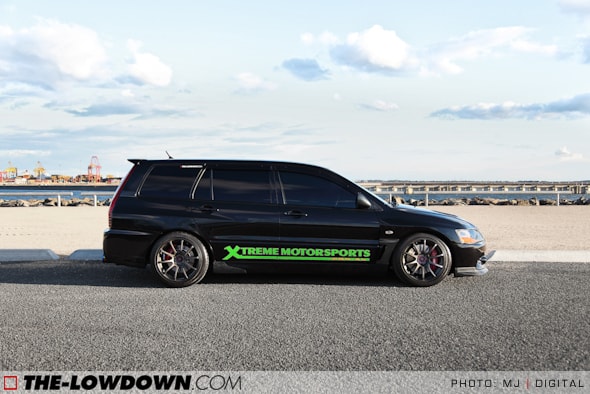 Joe admits that he has about ten cars which they’ve imported and he has not been able to part with, but the Evo Wagon is the most important one to him. Mitsubishi in Japan made them in limited numbers and none were officially exported to any country. You’d be forgiven then if you thought that the Evo Wagon was just a normal Lancer with a big boot tacked on, but you’d be wrong. In actual fact Mistubishi engineers really thought about the design of the lift back to ensure the chassis was not compromised in any way. 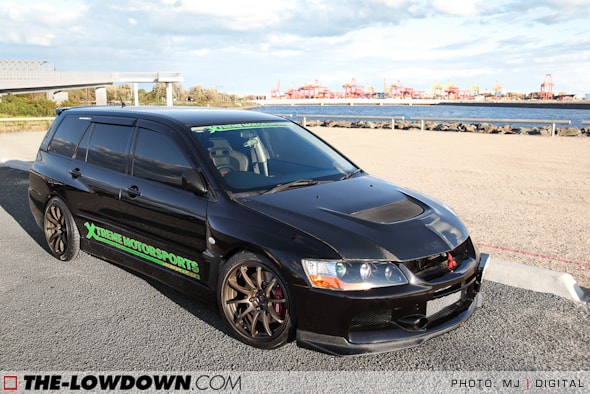 It uses the body side panels and roof section from the base model Lancer Wagon, but with additional reinforcements to the subframe to improve handling and overall rigidity. In the end the Evo Wagon’s boot is actually slightly smaller than a normal one, but it has an extra 50 spot welds and reinforcements around the rear shock mounts, so you’ll never know about the extra boot from the driver’s seat. 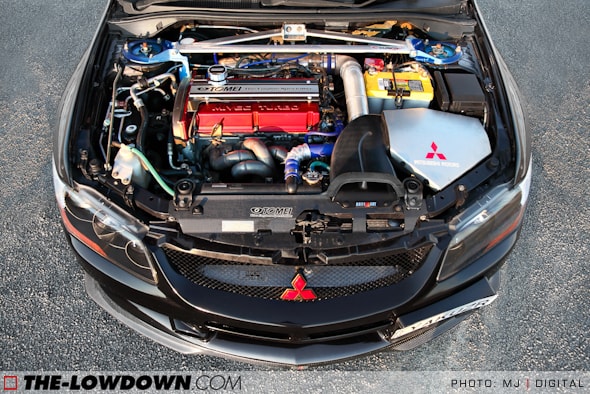 Under the bonnet it’s a far from standard affair. While waiting the required 12 months of Japanese ownership before importing the car, Joe had JUN wave their magic wand over the engine bay. The forged bottom end is a Tomei 2.3-litre stoker kit for the kind of low down torque a standard 4G63 only dreams about. There’s an FP Green turbo, JUN cams, custom exhaust manifold, 1000cc injectors and plenty more. What that all means is a tidy 315kW at all four wheels. 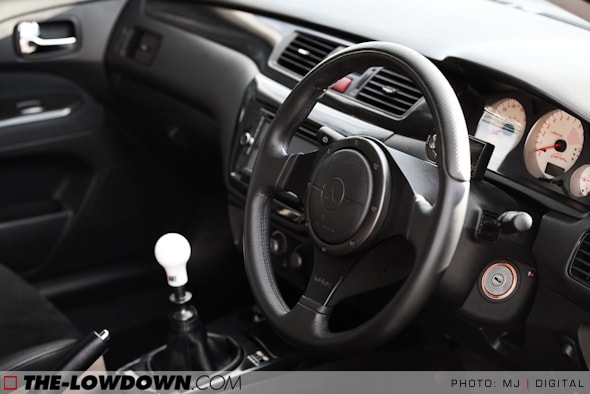 The cabin is filled with Ralliart parts after Joe made sure he had every available option from the motorsport arm of Mitsubishi. The gear knob, gauge cluster, head unit surround and shifter surround are all optional Ralliart bits. 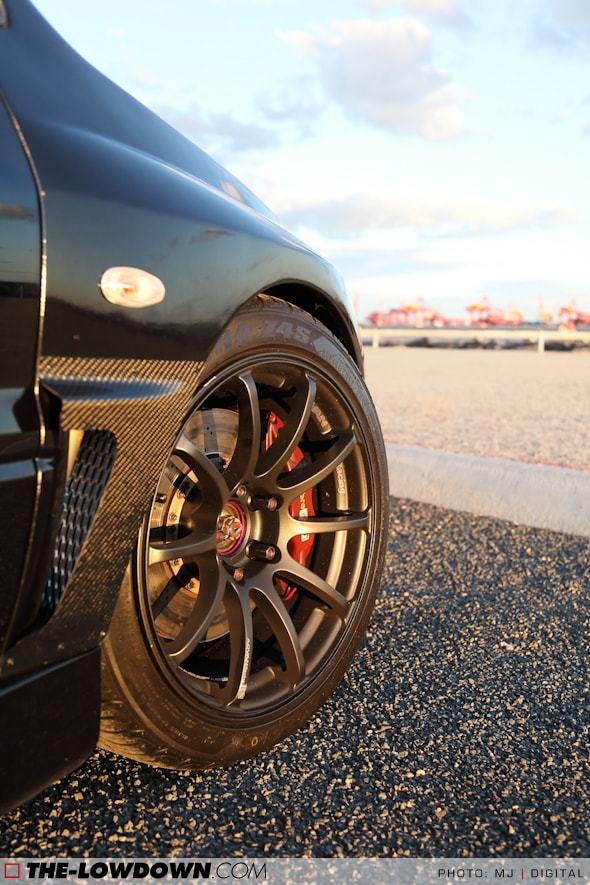 Each corner of the Evo houses Bilstein coil over suspension, 18in Advan RS wheels on 255/40 tyres and two-piece slotted brake rotors. 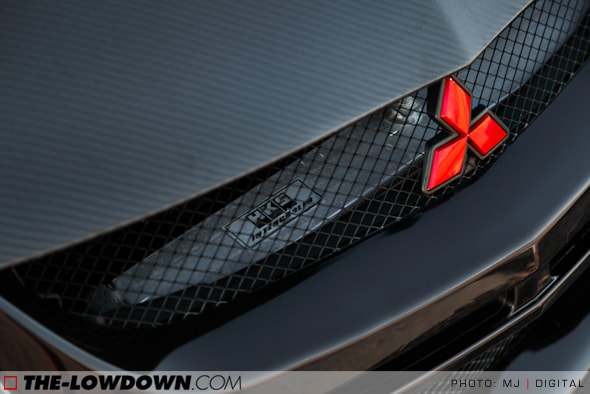 The Evo’s carbon bonnet is just one of several carbon exterior pieces on the car. Joe’s HKS intercooler can be seen through the grille, hinting at what’s hidden behind it. 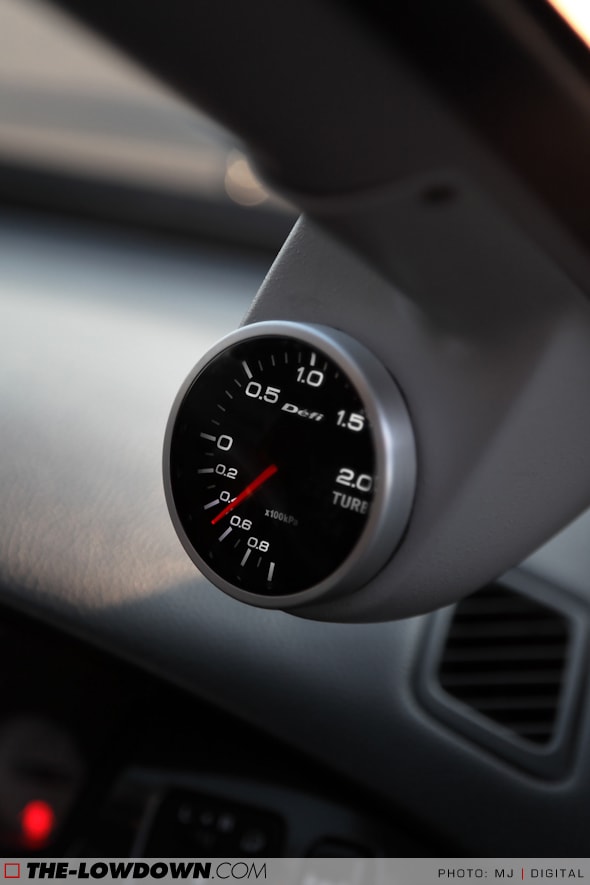 Just one Defi gauge is found inside the Wagon. It’s an understated cabin which really appeals to us. 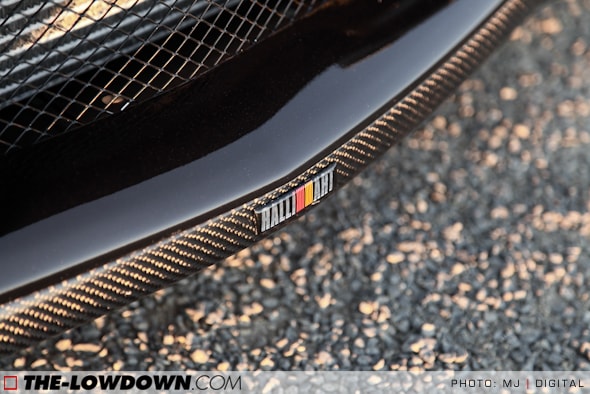 The Ralliart front lip is another optional piece Joe had to have from Ralliart Japan. You’ll also find a carbon rear diffuser and carbon HKS side spats. 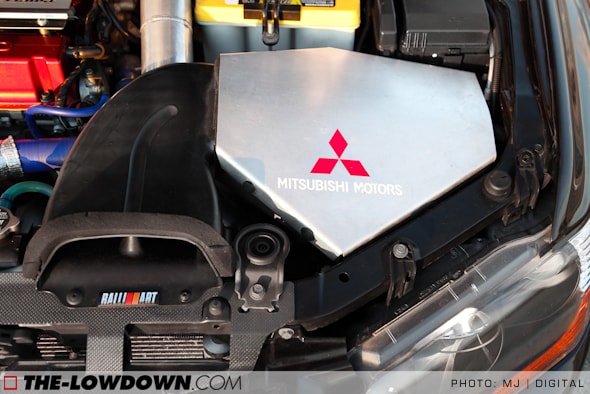 After capturing these shots of the Xtreme Evo we caught up with Joe for an exclusive insight into importing and registering this rarity on our shores.

T-LD: No doubt there is a lot of interest in the Evo Wagon. Most people are attracted to it because of its uniqueness. Can you shed some light on the history of the car and the process of getting it onto our shores?

XTREME: I purchased the car a few years ago while living in Yokohama. Coming from a background of owning many imports and a quick Evo IX in the past I had a soft spot for them. I started looking when I was in Japan for the rarest Evo and I came across the Evo 9 MR Wagon. I searched all over for a low kilometre MR Wagon which had the six-speed manual and not the automatic. Eventually I found this black beauty with only 3,000kms on the clock at a dealer 450kms away.

The only problem was importing the car to Australia once we decided to come back. I enquired with the government authorities and knew that I had to own the car in my name in Japan  for over 12 months. On top of that I had to make sure I had all the right documentation. The documentation is endless and it’s a challenge to get together. I have done a few personal imports in the past but this time it was extremely hard. Luckily enough my wife keeps all documentation and everything was there. After that the approval process took approximately three months, but it was worth the wait when it came through! 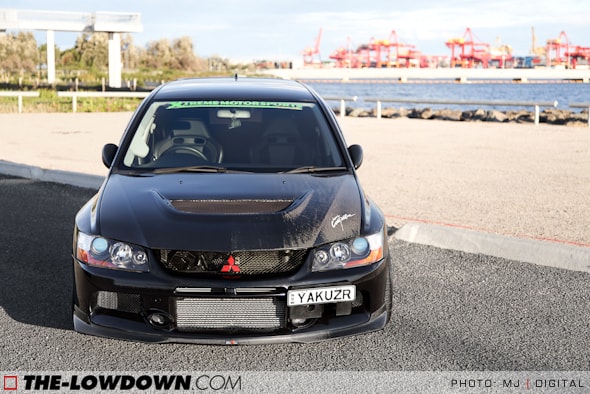 T-LD: It would have been an excruciating wait! Your passion for Japanese cars is obvious as the owner of a specialist vehicle import business. With such a large range of cars available to you what made you decide to purchase and import the Evo Wagon?

XTREME: Let’s face it, there are many importers out there. I’d say 99% of them are just there to make money and they lose track of the way their business should run. My wife and I have an extreme passion for cars, especially imports, and we only sell what we would personally drive. We have a big range of imports in our personal collection such as an R35 GTR, Honda NSX, Nissan Cube, Evo 3, AE86 Trueno, but the Wagon is the most special car to us. I like to be different and the Wagon just hits that soft spot. It’s the perfect package all ’round. 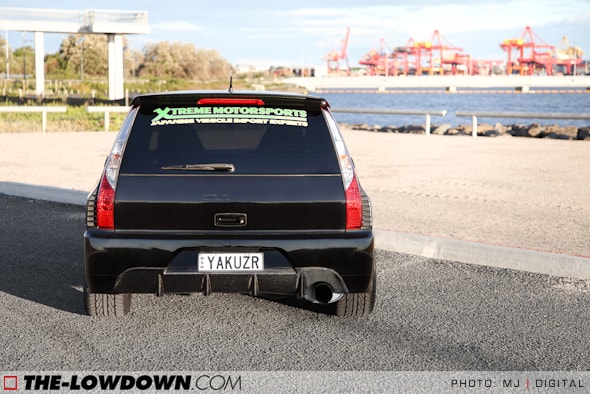 T-LD: Tell us about the waiting times with the car in transit. How long did it all take?

XTREME: Wow, that part was very hard. The car was due to leave in January 2011 but it was delayed as there was no room on any vessels heading to Australia. Then BANG; the earthquake and tsunami hit Japan. I was devastated as I have many friends living there. Then it hit me; my Evo is sitting at the wharf waiting to be shipped! Is it OK? Is it under water? Is it floating across the ocean? I was panicking. I tried to get through to my business partner but his phone wasn’t working. Believe me I was stressing. It took me four days to get through and eventually he assured me that everyone was fine and all was good. For a while there I thought the car wasn’t going to make it. In the end it took three and half months for it to finally arrive. 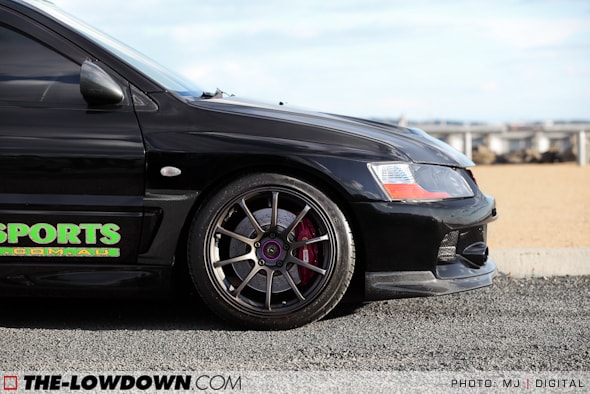 T-LD: Once the car arrived, was it in standard form or did it have some of the modifications already done?

XTREME: The car was already modified by JUN Machine Shop in Tokyo, Japan. I’d had some motor work done including the Tomei 2.3-litre stroker kit. I thought if you’re going to do it at all, go all the way and do it right. I left the car in their hands and told them do what you have to do. Along the way I visited Ralliart and made sure I had every option they could supply me with to suit the wagon. We upgraded the front and rear diffs as well with Cusco centres. At that time we were only running a TME turbo and a re-flashed ECU, but with the track days In Japan the power was perfect. It wasn’t until the Evo was in Australia that I wanted more, so we upgraded the turbo and the engine management when it got here. 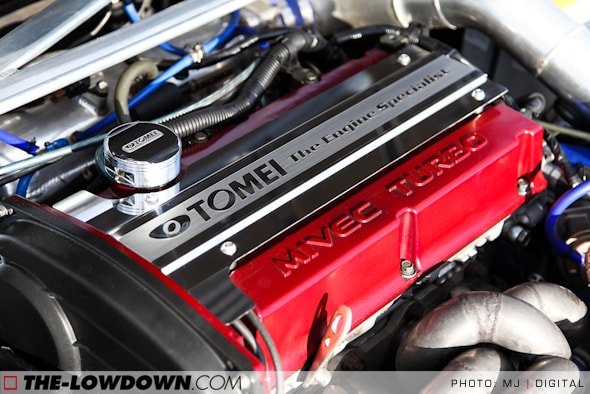 T-LD: What did you plan to achieve with the car’s modifications? Was there a specific target you were aiming for? Are there any future plans for the car?

XTREME: I actually intended to build it as a mixture of track and street, but now I have the quarter mile itch so I’m hoping to get it to the drag strip soon. As for the future, there are always plans. I’m looking at upgrading the turbo again to achieve 400kW+. I am also in the process of building a strong five-speed gearbox to suit the car’s power as I’ve already chewed a few standard gears in the six-speed. 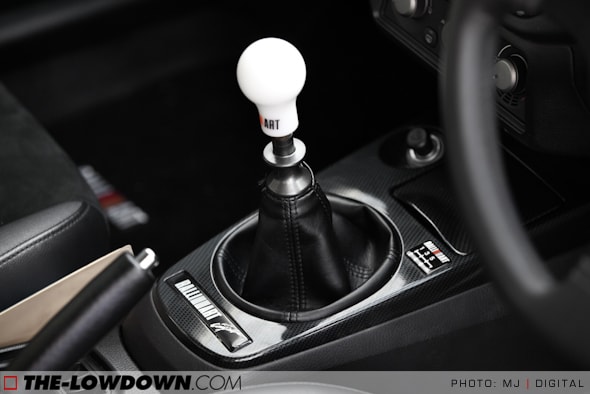 T-LD: For those wanting to import a vehicle of similar standards, or any Japanese import for that matter, what would you recommend they look out for?

XTREME: Always make sure you’re buying a car from someone who knows what they are talking about and not someone clueless about the car who just wants to take your money. We respect our cars and we respect our customers. We now travel to and from Japan every three months to ensure our cars are of the highest quality. If the car doesn’t meet our expectations and our strict guidelines it is sent back through auction. We send back many cars every month. We have also been buying many cars from dealers across Japan. We don’t ever want to compromise on quality and we want people to have faith and trust in our business. We don’t consider ourselves to be stereotypical car dealers as we share the same passion as our enthusiast customers. 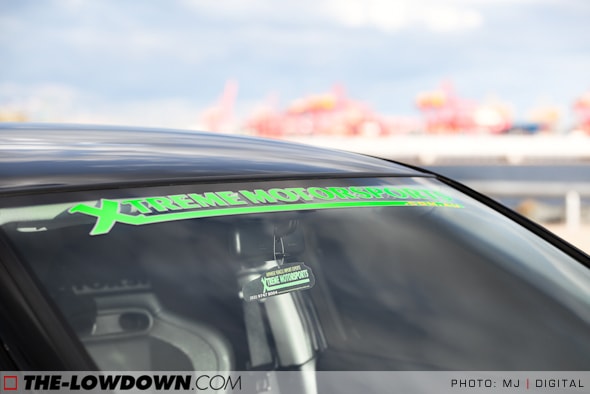 Getting to know Joe and the team at Xtreme Motorsports has been great for us here at THE-LOWDOWN. It’s our pleasure to welcome them on board as sponsors of our website. You can believe us when we tell you that Joe is a dedicated individual, and if you’re in the market for a Japanese car you won’t find a better importer to deal with. 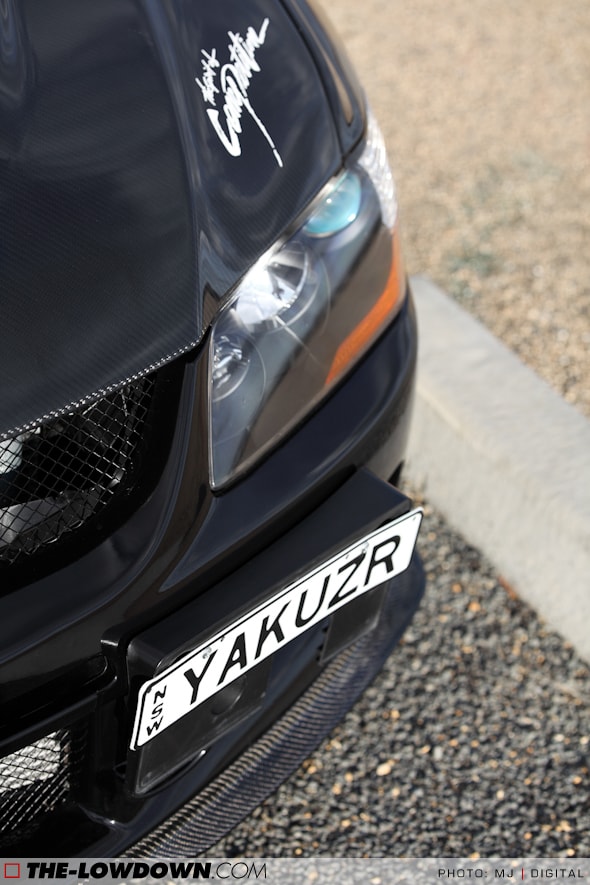 While Joe might not be able to sort you out with an Evo Wagon like his, you’ll definitely come away smiling in whatever you do choose. Just remember to tell them who sent you.