For those of us who know our Japanese cars, there is no mistaking the JZA80; but to the uninitiated, you would believe Nathan when he says that many onlookers don’t know what to make of his Supra. In Nathan’s words, “I wanted a car that I could park next to a supercar like a Lamborghini or Ferrari without looking out of place but at a fifth of the cost. With the response I’ve been getting from people, I think I’ve managed to achieve that.” Huge power figures add to the illusion. 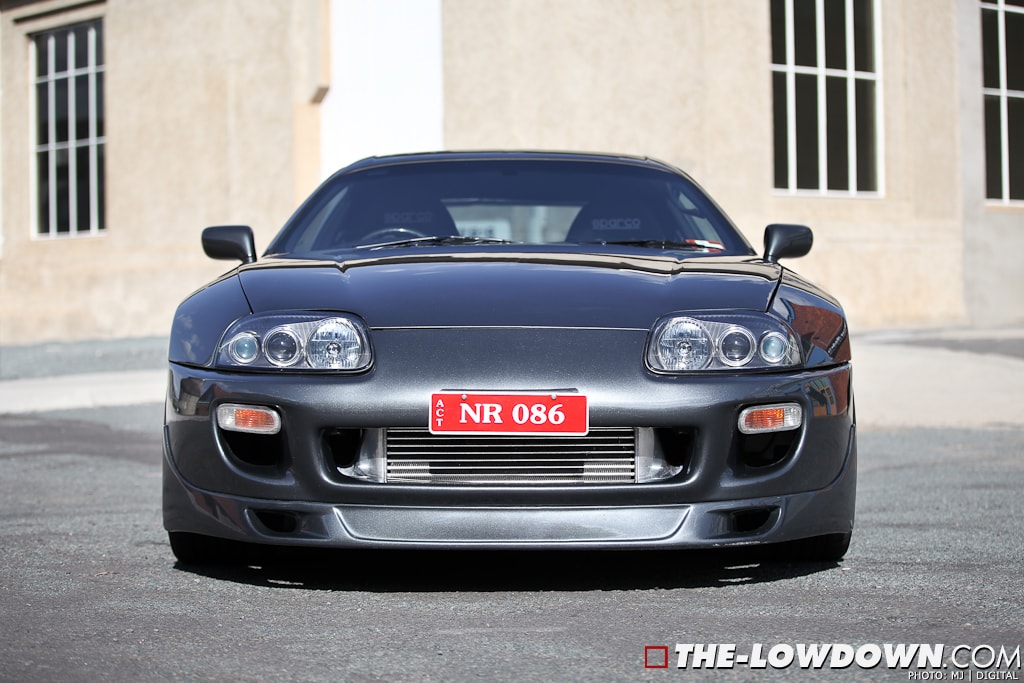 The build story behind Nathan’s Japanese exotic is almost enough to make a car enthusiast cry.  It was in and out of workshops for more than two years, and at times left him wondering whether it would be finished at all. “This whole project has been one giant rollercoaster of emotion and stress. It’s proven to be a bottomless pit financially that at times had me second guessing why on earth I even started this. My advice to other people looking to modify their car is to buy a house – or three.” 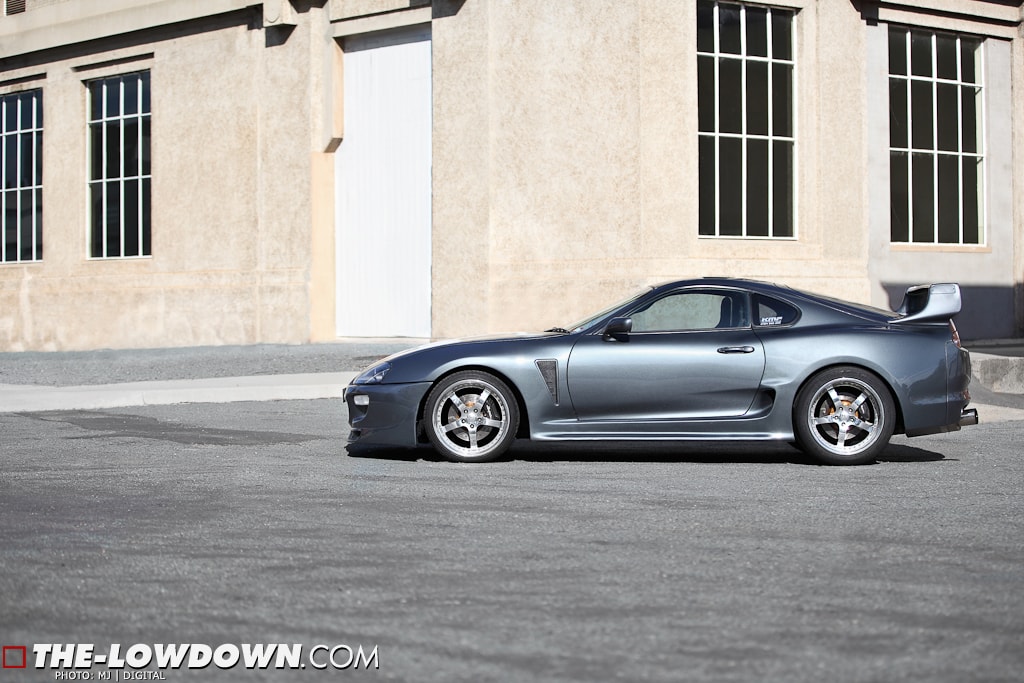 A freak hail storm at the very end of 2007 left the Toyota a dented mess. Thankfully it was insured, so Nathan seized the opportunity and organised with a repairer to have the bodywork fattened up with a TRD wide-body kit. The 2JZ was pulled out and Nathan’s shell rolled off to the workshop to be fixed while he went away overseas for four weeks. Sounds simple enough, but the reality was far different. 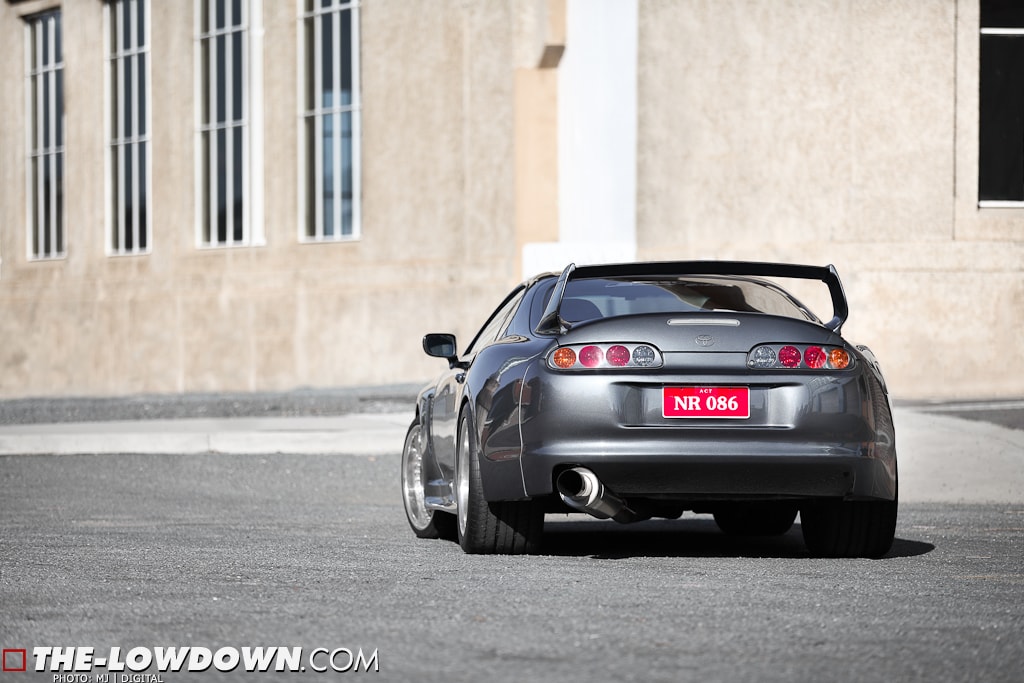 “After four enjoyable weeks away, I returned to, well… nothing. The repairer had not even touched the car. He said he was busy, etc. and that he would have the bodykit test-fitted within a few days. Giving him the benefit of the doubt, I said I’d return the following weekend.” We’ll speed things up here by saying that weeks fast turned into months. Work was trickling along. Even the insurer couldn’t speed things up. More months went by. 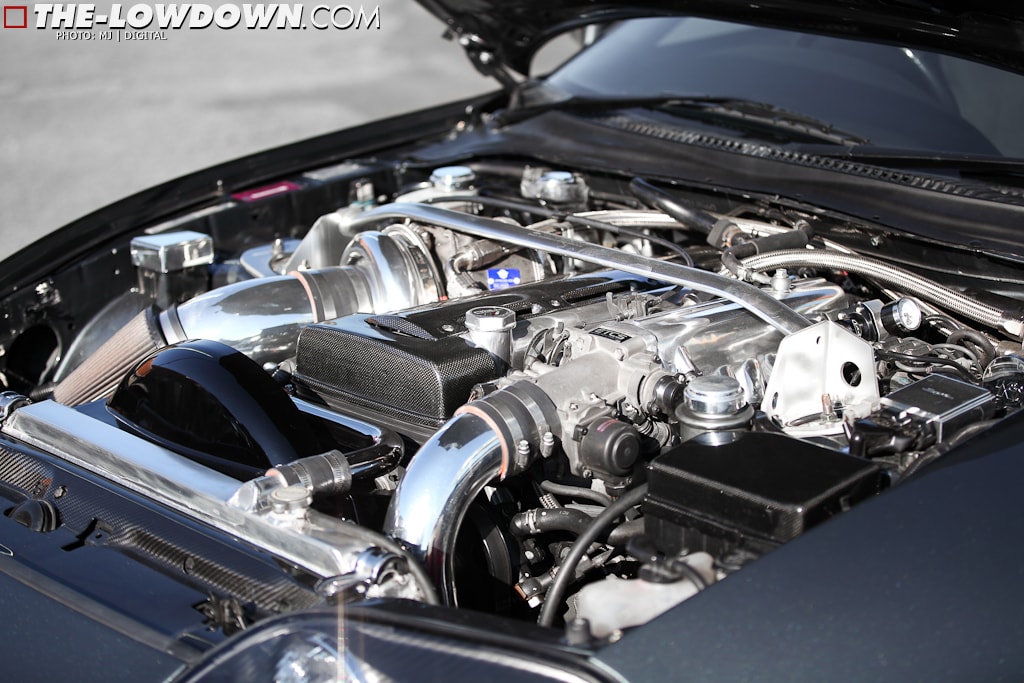 “While talking to the insurance company, I found out they had actually paid the repairer while I was overseas. When I asked where the form was I signed to say I was happy with the work, they said they couldn’t find it. They gave me the date I supposedly agreed, which just so happened to be whilst I was overseas and did not have global roaming on.” 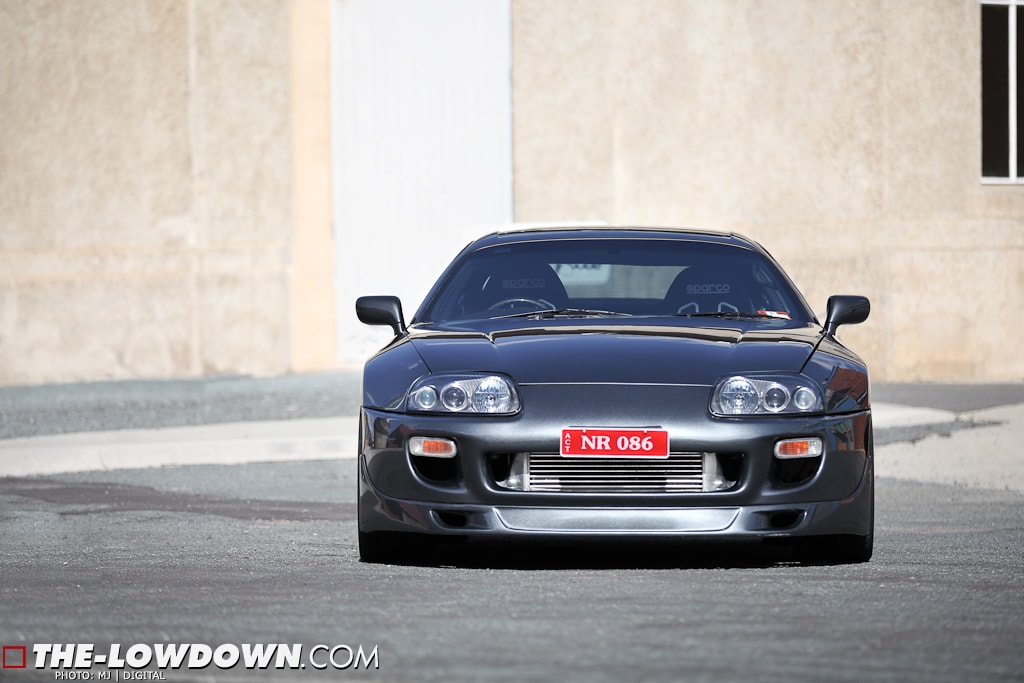 It took literally hundreds of e-mails before Nathan finally had their internal ombudsman investigating. “Once the insurance company debate was over, I was able to give the new repairer the go-ahead. Within two weeks they had completed more work on the car than the previous shop had in 13 months.” 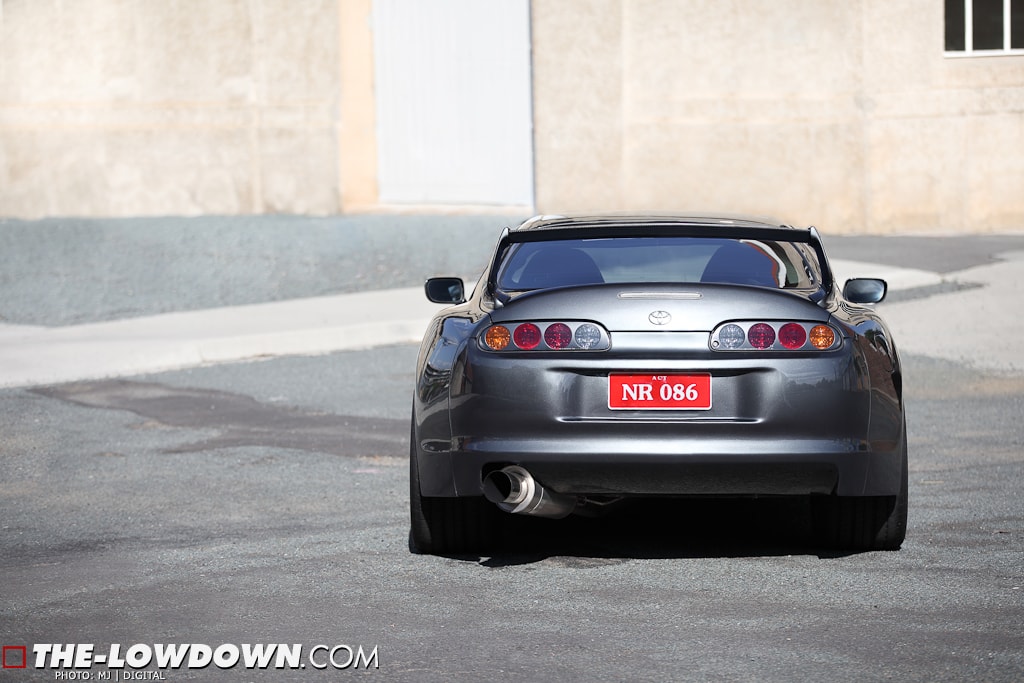 Since the motor had been removed, the move to go single turbo was obvious. A T04Z was originally ordered, but recently Nathan went back to his first choice, the GT42R, with a view to a full rebuild. A 6Boost exhaust manifold was brought in to support the new snail, with a TurboSmart wastegate on one side and a polished PHR intake on the other. 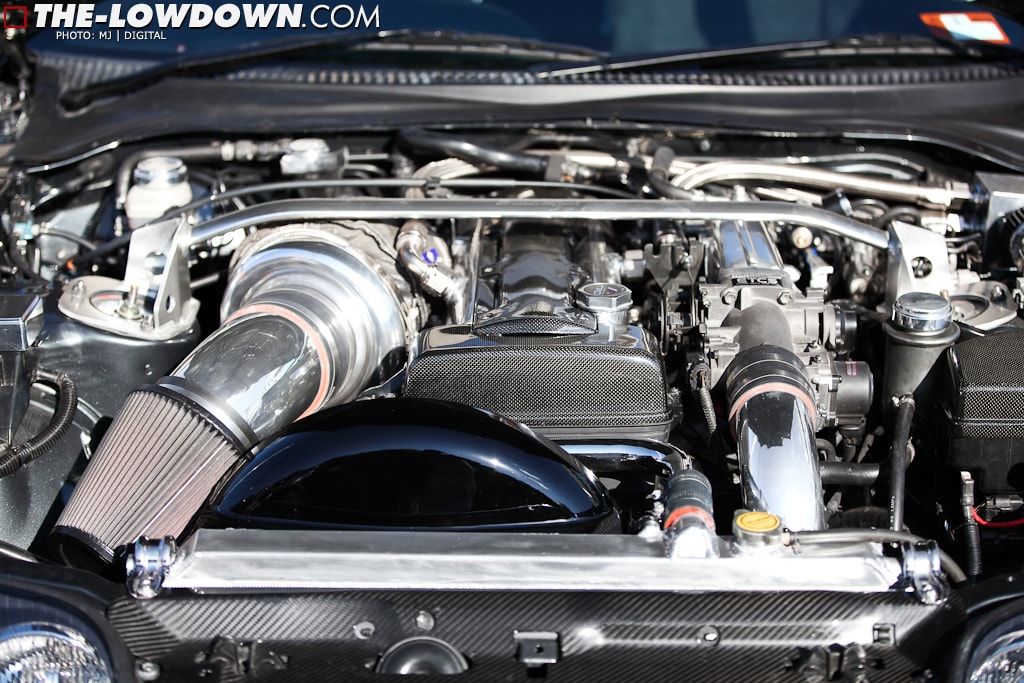 Unfortunately, further delays with contractors led to the car waiting around in limbo. “Finally, the mechanic was ready for the car. A simple process again turned into months. At this point I had all but given up hope that the car would ever be completed, as the only thing that saw change was my bank account heading into the negative.” 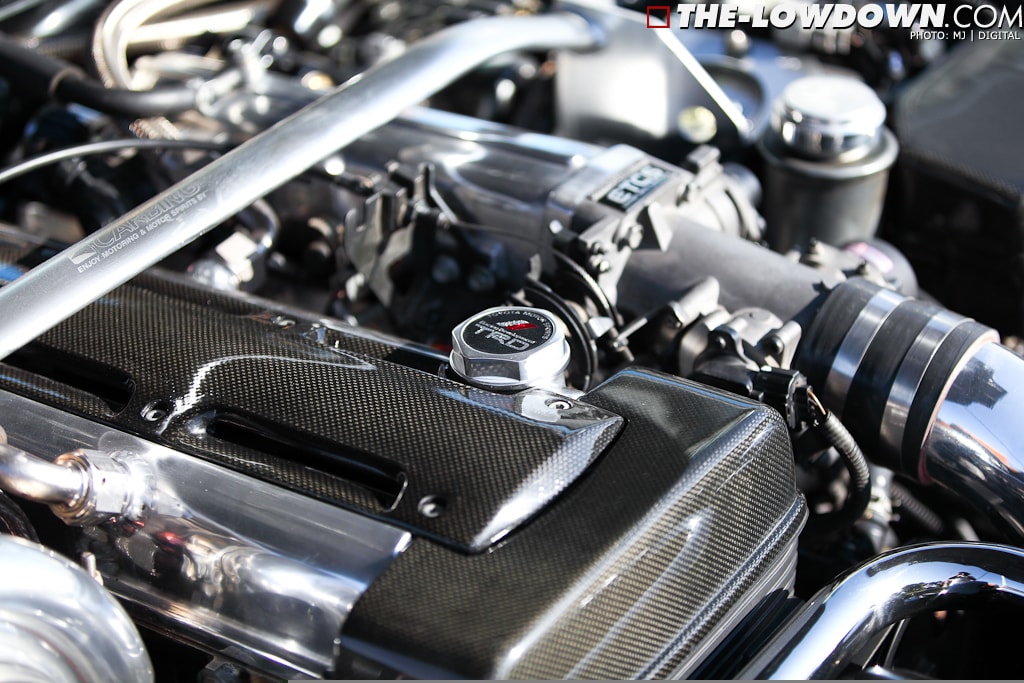 Eventually Nathan’s monster of a 2JZ-GTE  was ready for tuning. Peak power runs clocked 630hp with 27psi boost pressure, all on a stock long block. “The mechanics of the car have been set-up for future rebuild plans. I wanted an easy, reliable 400rwkW with room to move in the future. While there were some delays, you could say they were negligible compared to torment of the bodywork.” 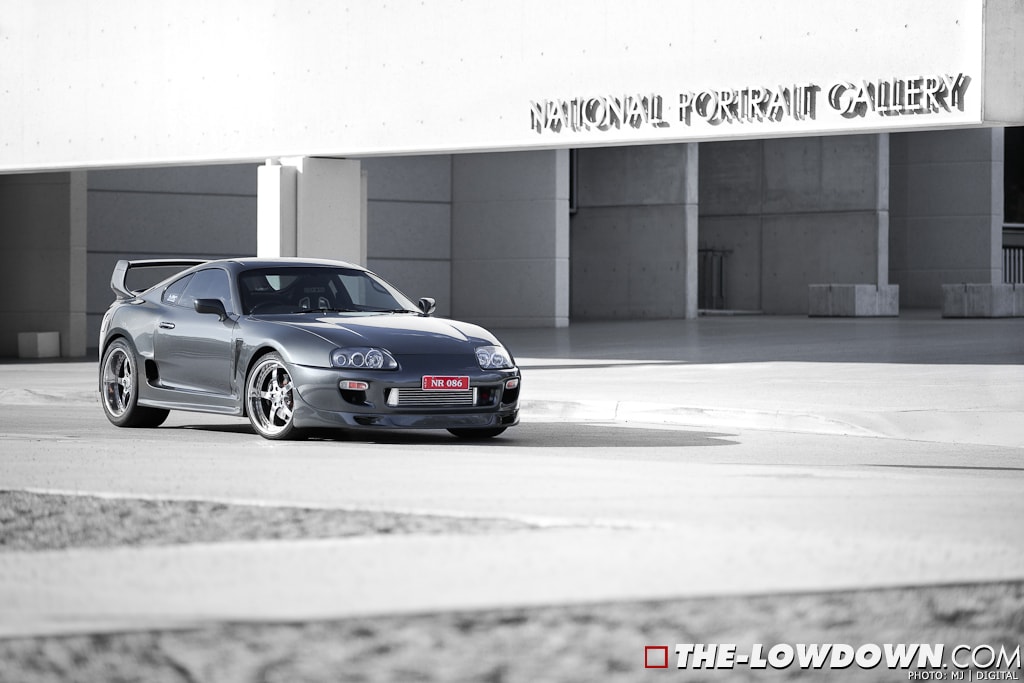 “The positives in the end outweigh the negatives. Watching people snap their necks as you go past on full song, or when Ferrari owners give you the thumbs up as you drive past, you seem to forget all the issues that occurred during the build.” 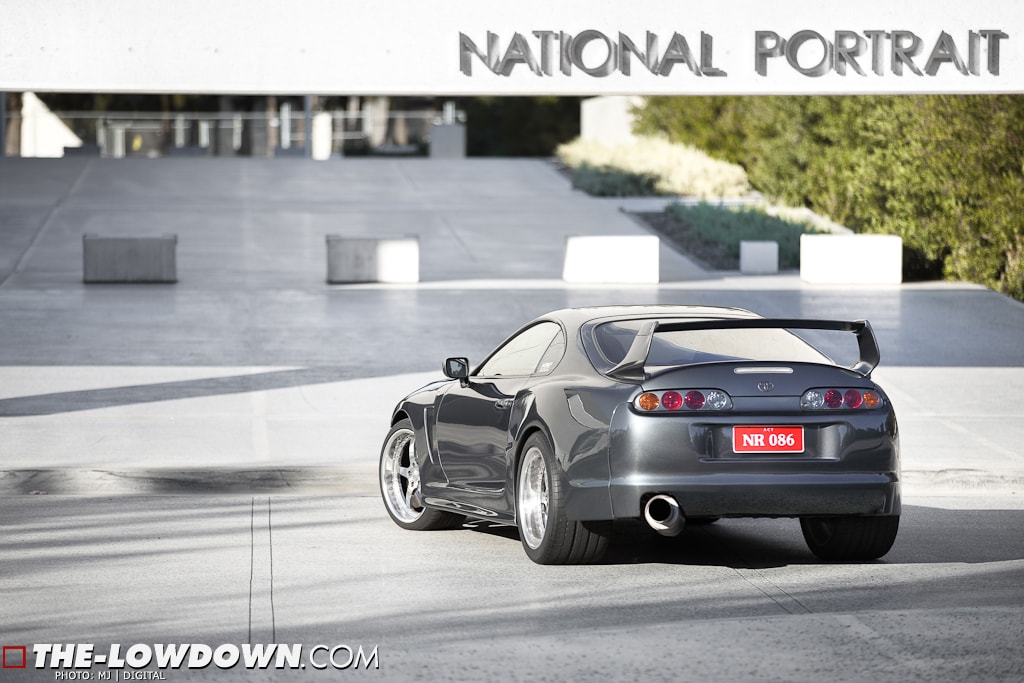 “Once the car returned I was able to reinstall the interior including my new Sparco racing seats and much more.  I imported alcantara to match the seats which finished off the interior and added a touch of class. Last to go back in was the stereo and now I have finally been able to drive the car on the road.” 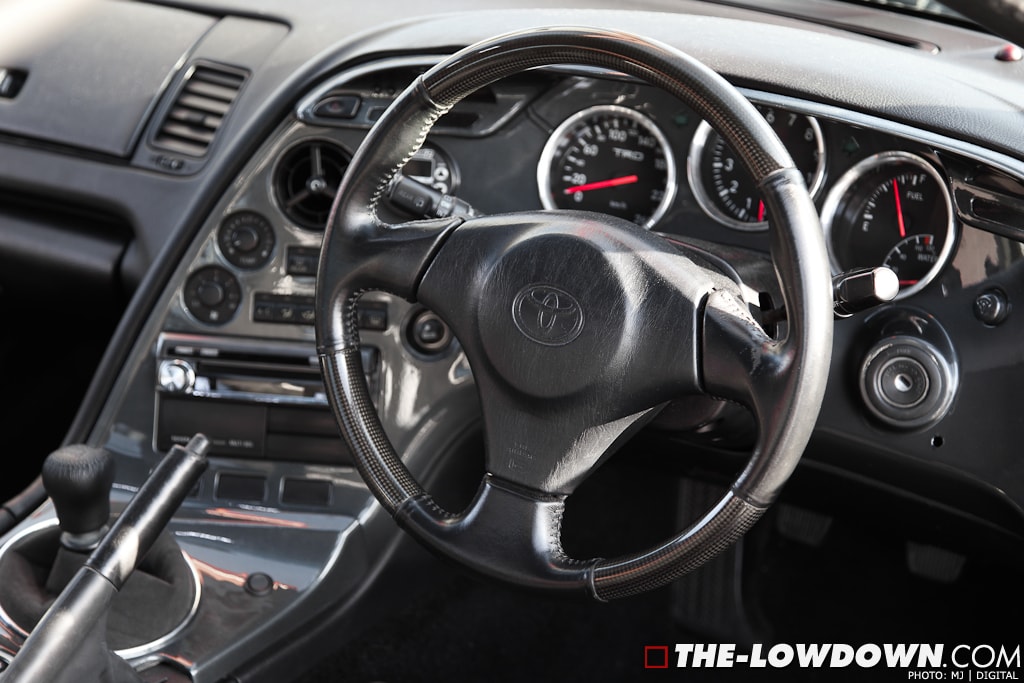 “One of the most rewarding parts has been the stock front end with the wide guards. So many people look at it very confused, as they can see there is something very different about my car on the outside, but they simply can’t pick it straight away.” 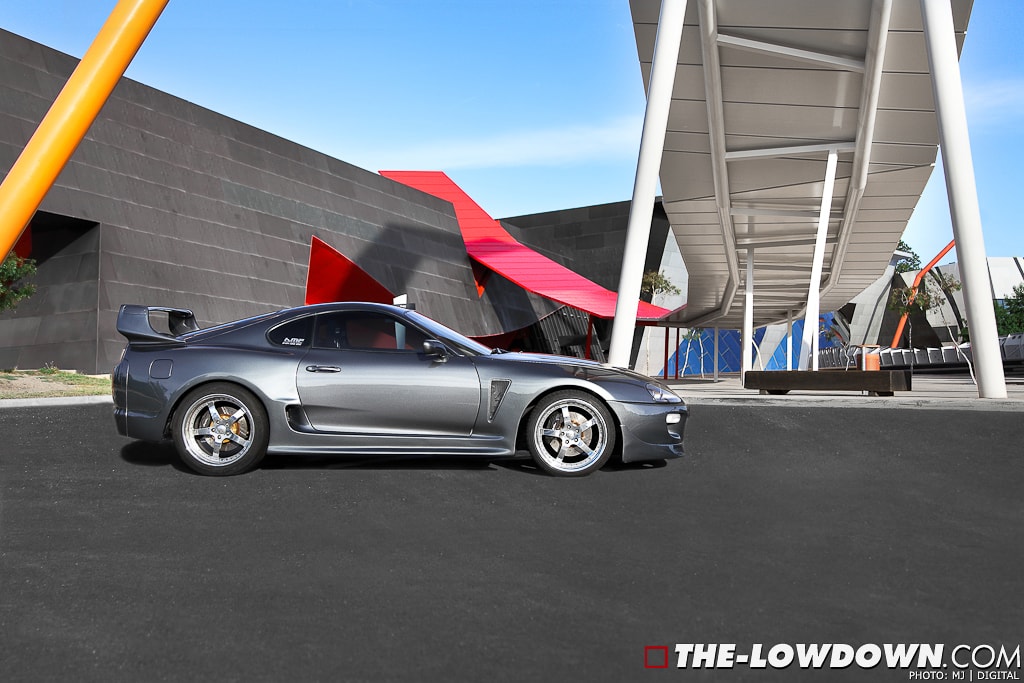 Nath’s new goal is to run a high 10 in full street trim with the 19s. As for the wish-list, there are bigger six-spotters for the front, a 3.2L bottom end, Jun intake, E85 and maybe a few more suspension tweaks. A lazy 800-horse would be good, but that’s all a pipe-dream at the moment. This build is far from finished, but hopefully Nathan’s torment is all in the past. 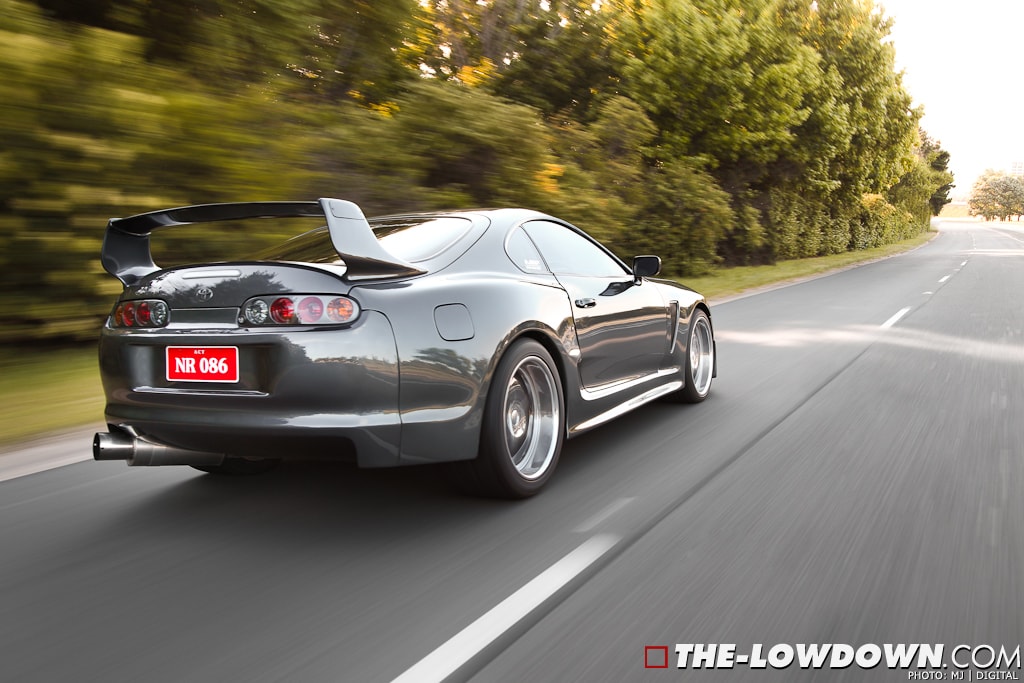