“Life is not about what you have, it’s about what you make with what you have.” Wise words to kick us off. Vyet Le is a valued photographer here at THE-LOWDOWN, but rather than go behind the lens on this occasion, Vyet has put his S2000 in front of it. To many the Platinum Pearl White S2K below would be a dream car, but it wasn’t what Vyet had planned. We’ll let him tell the story. 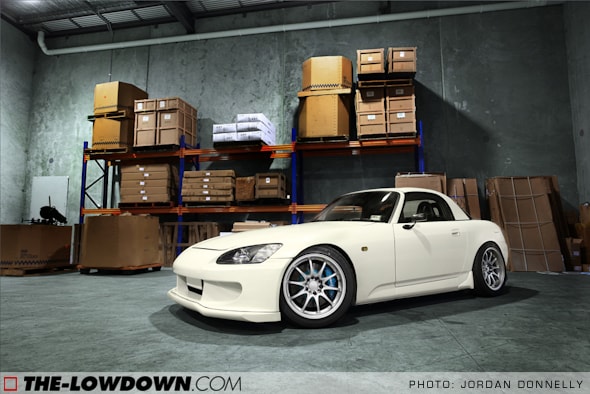 “Believe it or not my dream car is a Nissan S15, not an S2000, but sometimes in life things don’t go the way you plan. I’ve dreamt about an S15 since it first came out when I was in high school. During my hunt for a car I went looking for one but finding a good condition S15 was mission impossible, so I started to consider other options. I’ve always had a love for NA cars and track racing so it was only natural that the S2000 would cross my mind. It’s a car I’ve had a soft spot for but I needed a car I could daily drive. One day I ran into a Monte Carlo Blue S2000, and before I knew it it was parked in my driveway.” That Monte Carlo Blue car is the same one as in these pictures, but obviously plenty has changed. 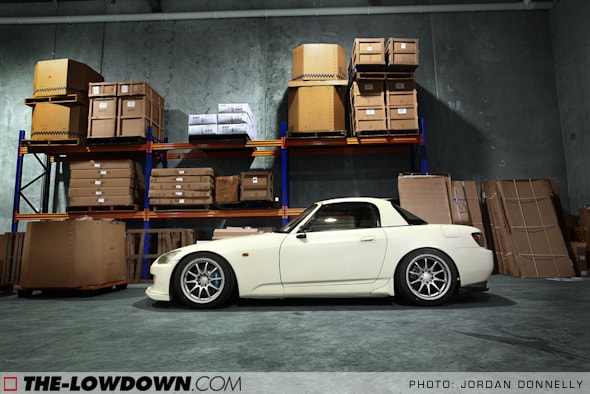 “The aim of the car was a daily driver suitable for the occasional track day. So the mods on the car to start were very tame, and I enjoyed modding it slowly. Everyone builds cars differently and I like to get a mod and hit up the track to try it out, see what it does and learn that way. To this day my car has never been to a mechanic for installation or setup of parts. I’ve built the car from the ground up, but then again it’s only bolt on parts! Being into cars helped me learn a lot of things myself. I needed photos of the car so I went out and bought a camera and learnt to use it. I needed my guards rolled but instead of paying someone I went out and borrowed a roller and learnt it.” 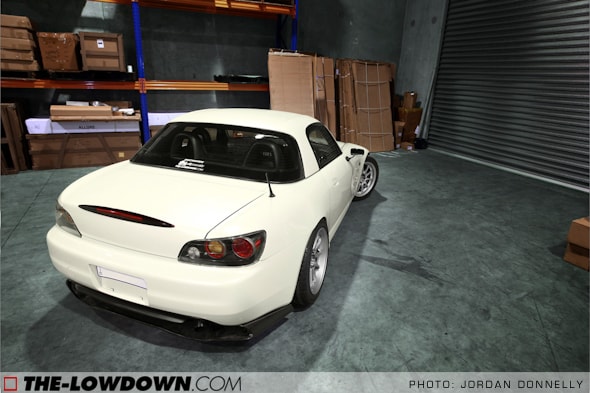 “I still remember the first time I got under a car. It was to change an exhaust on my old car and it was just a cat-back system. I was trying to undo the two bolts on the flange and the exhaust was shaking pretty bad. I ended up driving the car down off the ramps (because I was scared to use stands) and went to an exhaust shop and paid them $50 to install my exhaust. Never again! Nowadays I spend most of my weekends under my cars and my friends cars. We’ve learnt so much over the years and now do some pretty big jobs by ourselves. Paying someone to build your car takes all the fun out of it. I personally believe that. I like to build my car myself, learn about it myself and mess things up myself as well.” 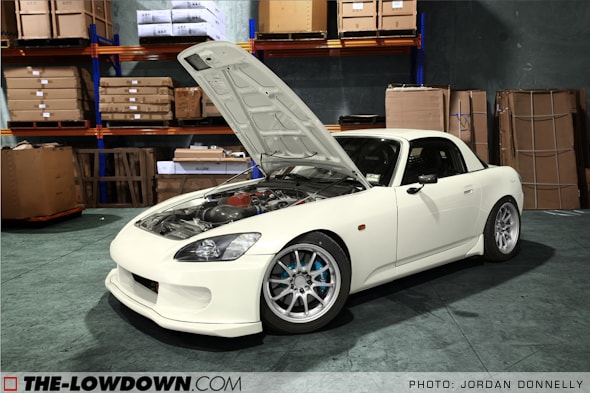 “After owning the car for two and a half years it was looking pretty sweet. It was resprayed in a Laguna Blue Pearl and rocking bronze CE28s, a genuine Amuse front bar, hard top and a few other sweet mods. One night at a car wash meet I got pulled over. Cops ended up defecting me and giving me a week to make the car roadworthy again. I had to go to the other side of town to get my roadworthy certificate and on the way back the worst thing in my life happened. I got into a car accident. The damage was small but the bill added up. Insurance claimed my car to be a write off, no matter how hard I begged and pleaded with the insurance assessor. About the same time there were huge storms in Melbourne and a lot of cars were getting written off due to hail damage. Insurance companies were pushing through cars as quickly as possible. My car was towed to the insurance assessor at 10am and they called me just two hours later with their verdict. I don’t believe they looked at the damage properly and because of my expensive parts they decided to throw the car away.” 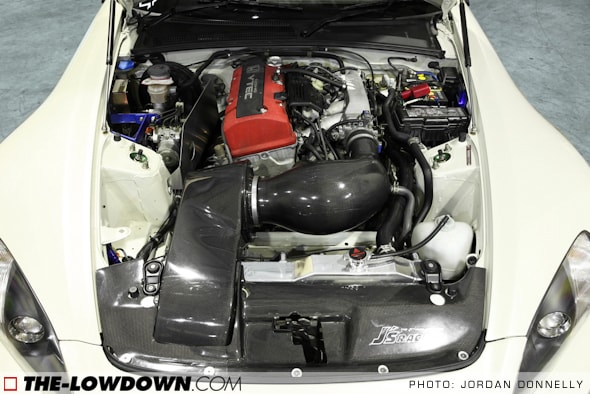 “That’s when the longest six hours of my life began. I thought long and hard about whether I should keep the car or not. I had a very strong connection with it, but it would have been pretty easy to just keep the money and look for a new S2000 or maybe the S15 I’ve always wanted. At the same time I felt like I was giving up on a friend who was not done, just in pain. And all because of me. That night I called the insurers and told them I would buy the car back. I wanted to pick up the car the next day. Unbelievably they told me that the car was no longer in their possession. They were pushing cars through so quickly that it was already at the auction house.” 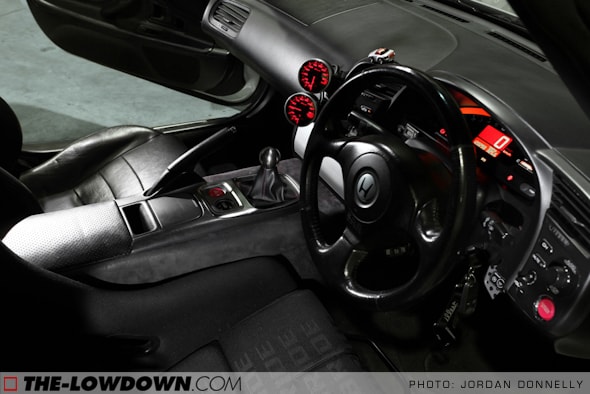 “I sorted out pickup of the car and the rebuild started. My friend, Vu, from DT Panels in Springvale agreed to help me get the car back on the road. He told me that it would not be easy or cheap, as once a car has been written off it needs to go through rigorous testing to be eligible for registration again. Come at me, bro! A few months and a few workshops later, the car was repaired. It passed the repair testing and was ready for rego. During the few months it was off the road I managed to sell off old parts from the car and buy new ones, so I had a collection of mods waiting to be installed. I’ve always loved white cars, but this new colour is not pure white, it’s a cream called Platinum Pearl White. This colour is offered on the JDM NSX-R and also on the S2000 in Japan and the UK. It’s a very different colour and beautiful under the sun. Much more creamy than Championship White, and very pearly.” 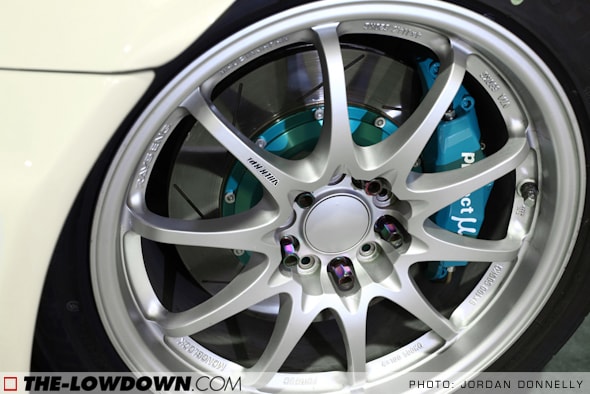 “One day after the car was painted I had a track day scheduled. I took the car up to the local circuit and joined my friends with the S2K in its fresh coat of paint. I had quickly thrown on some go fast bits and headed to the track, only to come home and take the parts off again so I could go and register the car! It performed amazingly and instantly I was happy with my choice to buy it back. I beat my personal best at the track by two seconds, and that’s without driving the car for a good few months. The only thing I was disappointed about was the fact that there were so many new mods put on the car at the same time that I didn’t know for sure what made me so much quicker!” 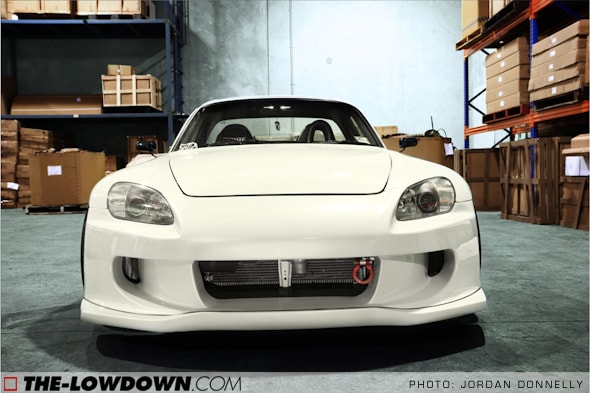 “More recently I’ve had the car out to another track day and it was fantastic. I managed to beat my personal best time once again and break into the 1.30s at Winton. What does that mean? According to S2Ki.com it means I’m one of the fastest S2000s on the track, and by three seconds too with a time of 1:37.68. I don’t know how that time ranks on a competitive professional level but I’m proud of it either way. I will never regret my decision to keep the car. Many people didn’t believe in me or the car; a lot said it would never drive the same again. How do I feel? I love it, I’m glad I made that choice and glad we are still together. This car will be with me for along time.” 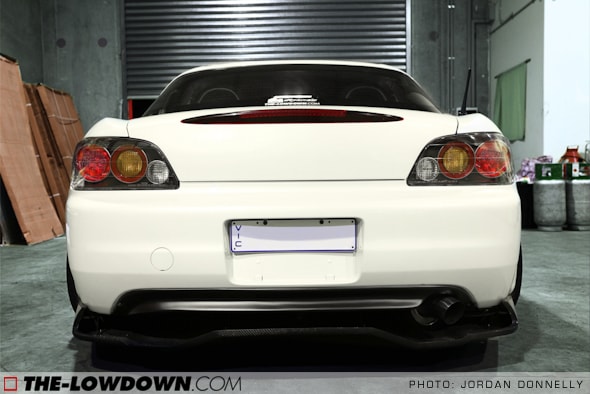 “I would like to say thanks to the FYS Family for being there and helping me with the car, and for the knowledge we’ve learnt and shared. My {686} boys for introducing me to the world of cars and the lifestyle I live today. Vu and the team at DT Panels for spraying my car and helping me get the car back on the road. My girlfriend Mary for putting up with being second best (just kidding!), and S2Ki.com for the world of knowledge.” 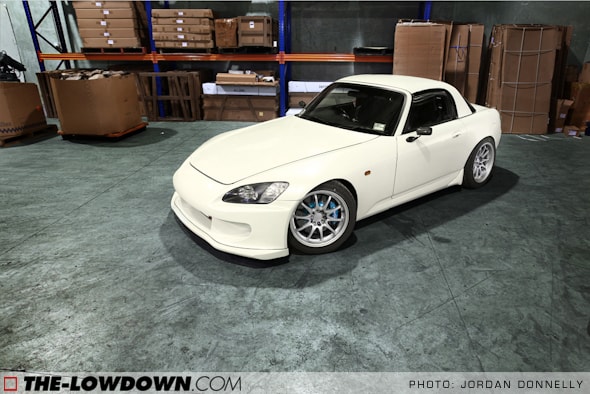