Jack of all trades

What do sceptics think of Euros… Unexciting? Reserved? Passionless?

Ruby’s BMW M4 is a sceptic’s worst nightmare. Her M4 proves that form doesn’t have to exist without function. It’s a 360KW blend between prestige and performance, between put-together and unhinged, operating in its very own grey area. If the car community was pictured on a Venn Diagram, Ruby’s M4 would be sitting comfortably in the middle, fast enough to put a smile on your face, yet comfortable enough for the daily commute. It’s not too often you see a car that has the street-cred to turn the heads of any enthusiast, but also get the nod of approval from your parents.

Introduced in 2014 to replace the iconic BMW M3 Coupe, the M4 had some seriously large boots to fill. Sporting BMW’s ‘S55’ 3-litre twin-turbocharged straight-six, the M4 was certainly no slouch off the line, but where the car shined was in its rawness. Frequently described by reviewers as ‘a handful to drive quickly’, the M4 features a rebellious streak, and it seems Ruby has taken this trait to a new level with her build. 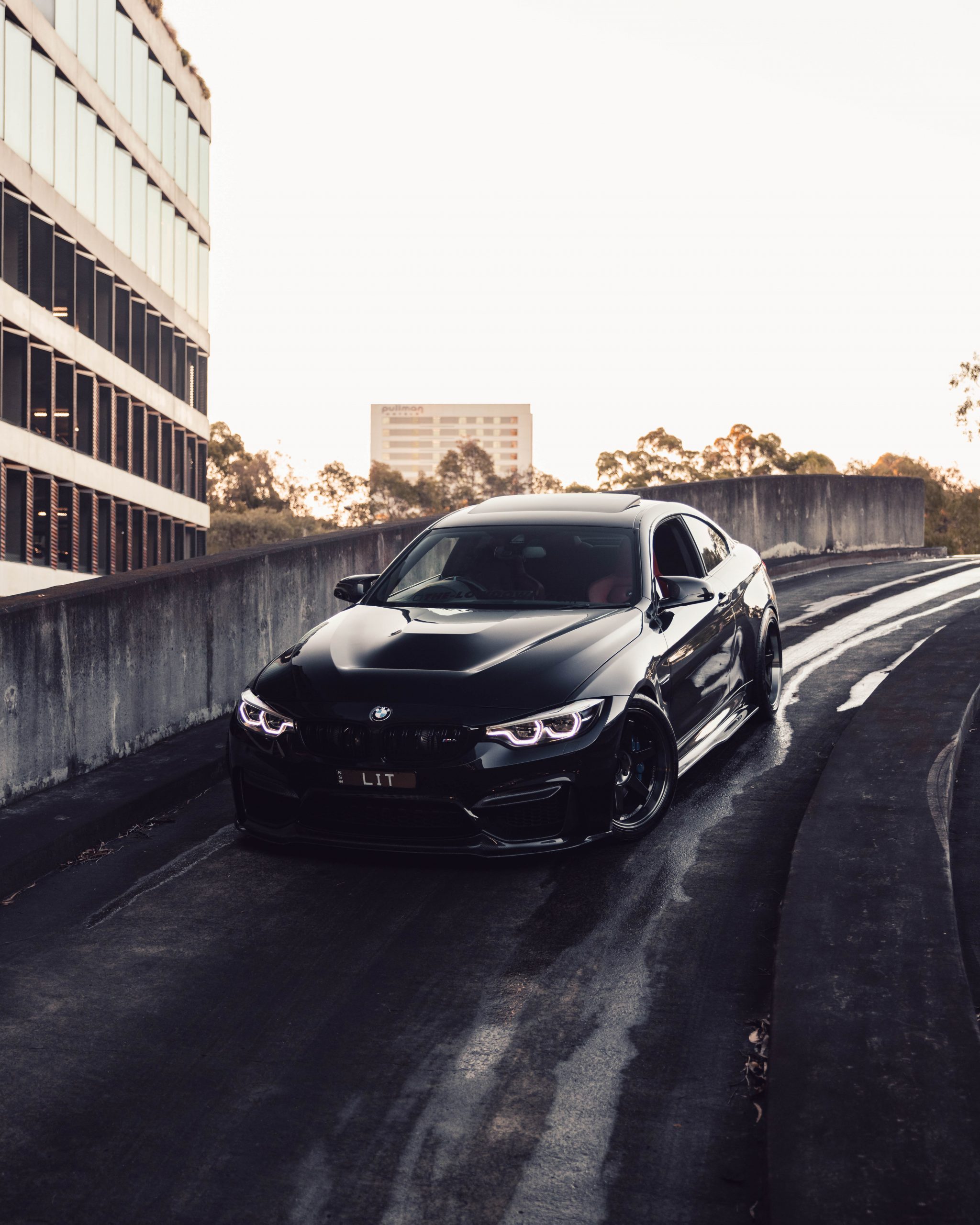 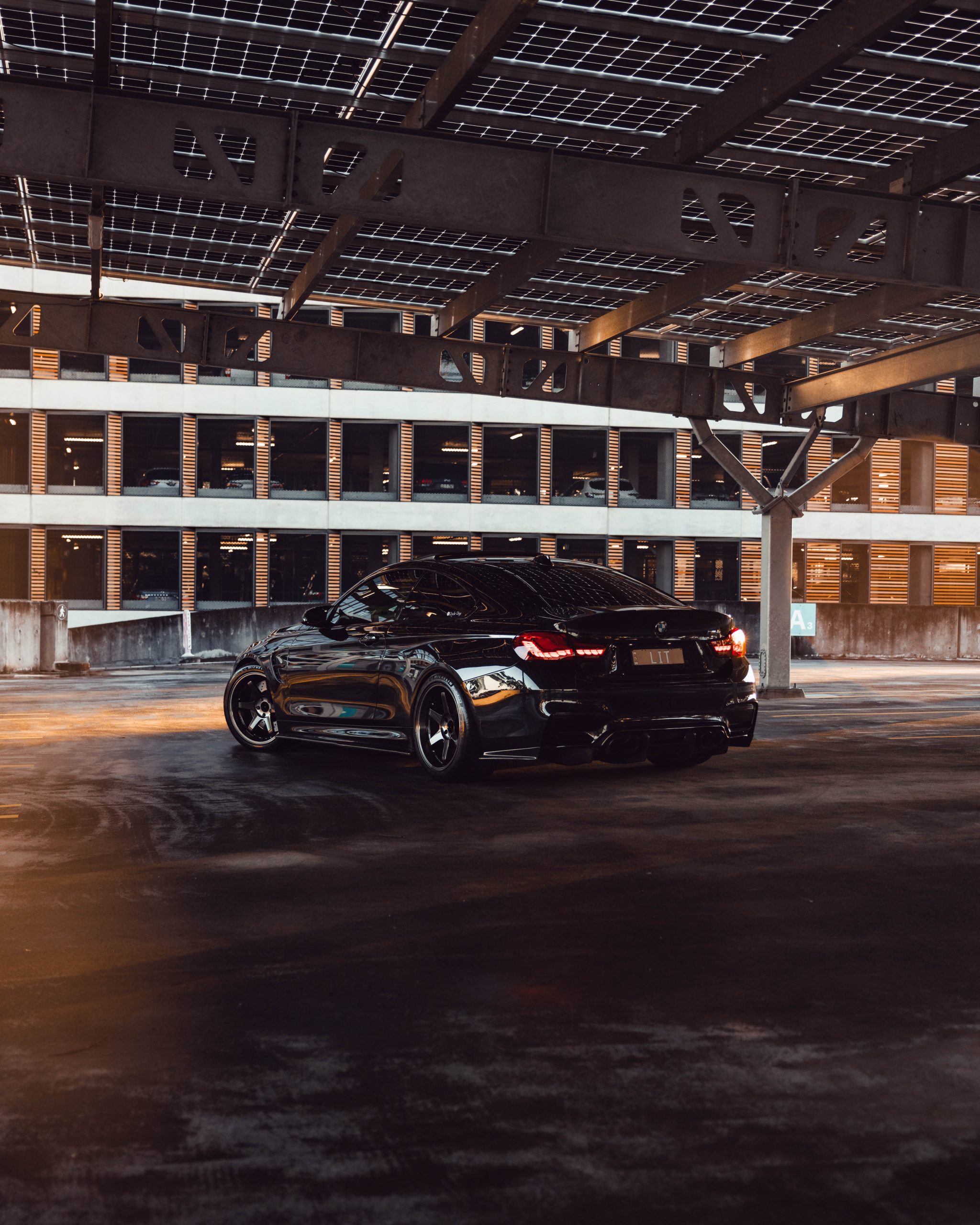 Some might think that BMW lacks the heritage that you might find in older Japanese car-makers, but BMW’s M division serves as a reminder that there’s more to BMW than just luxury passenger vehicles. Shortly after its inception in 1973 and for the next six years, the M Division’s 3.0 CSL dominated the European Touring Car Championship, with brands like Alfa Romeo, Porsche and Ford struggling to compete with the German superpower.

Skip forward to a more modern context, and BMW’s M5 seized the world record for the ’Longest Continuous Vehicle Drift and ‘Longest Twin Vehicle Drift’. Ruby’s M4 forms a part of this rich history and is a moving representation of how far BMW has come since their first car; the BMW 3/20 back in 1932.

‘It does everything perfectly, straight out of the box’ 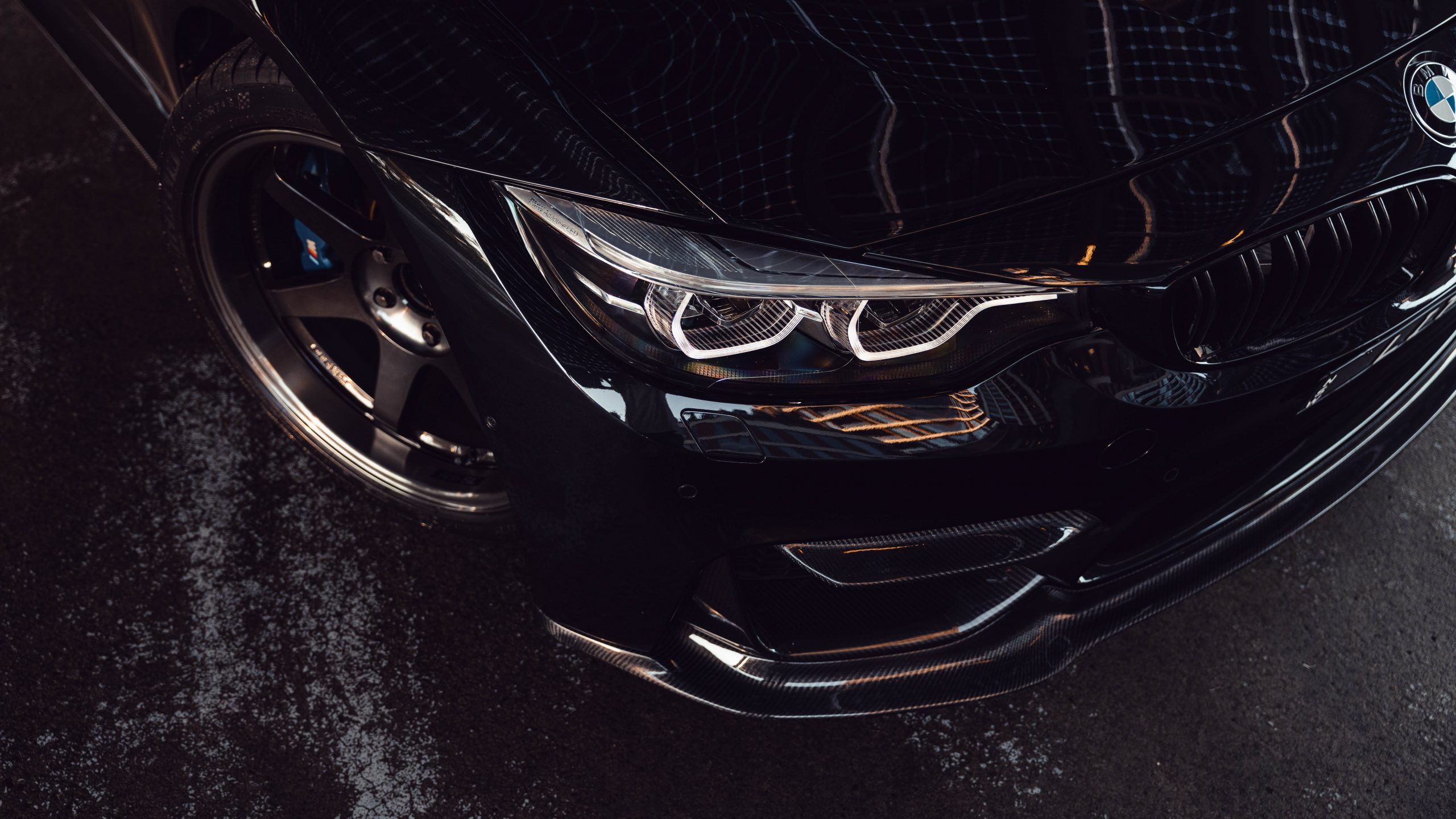 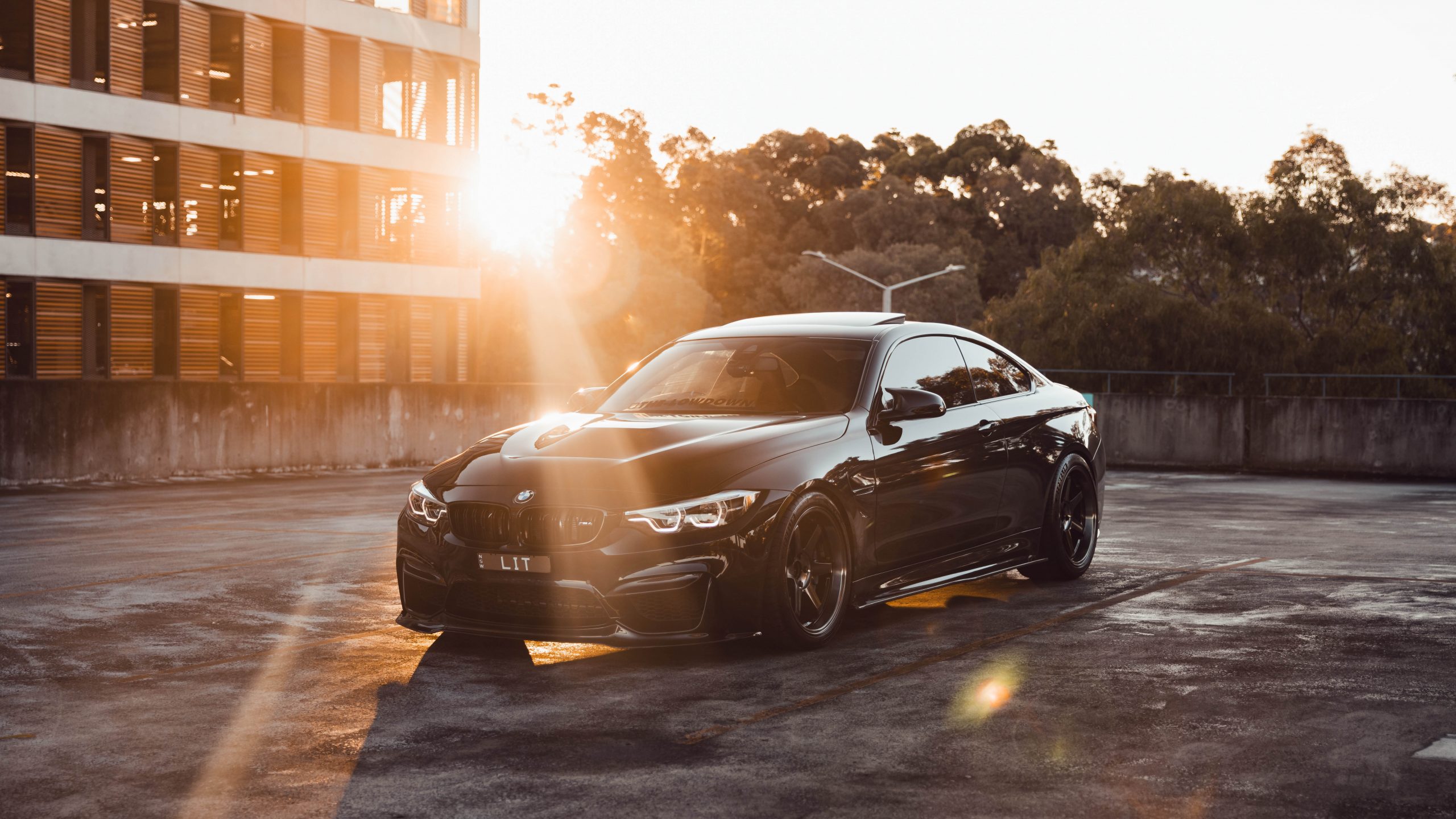 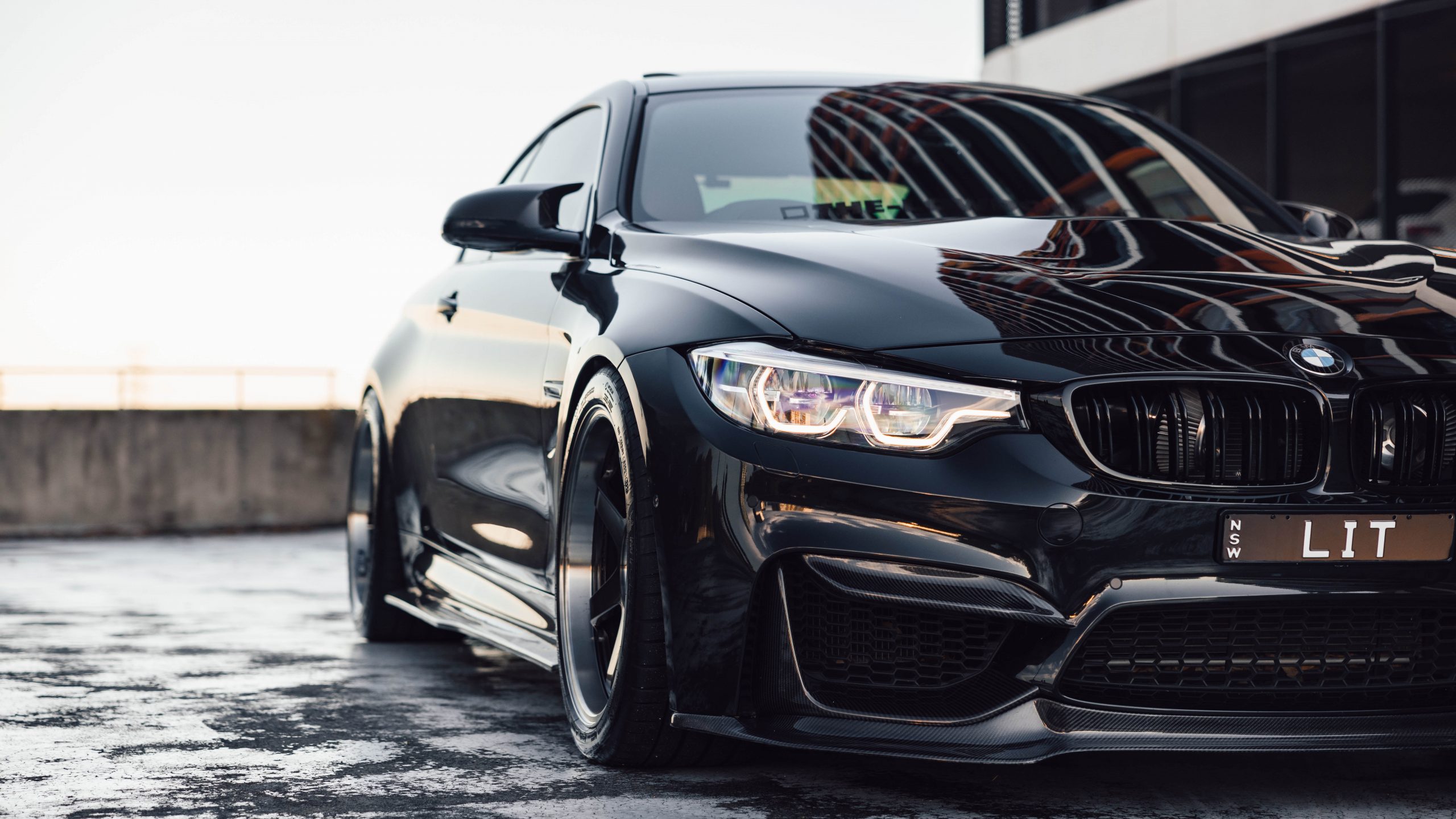 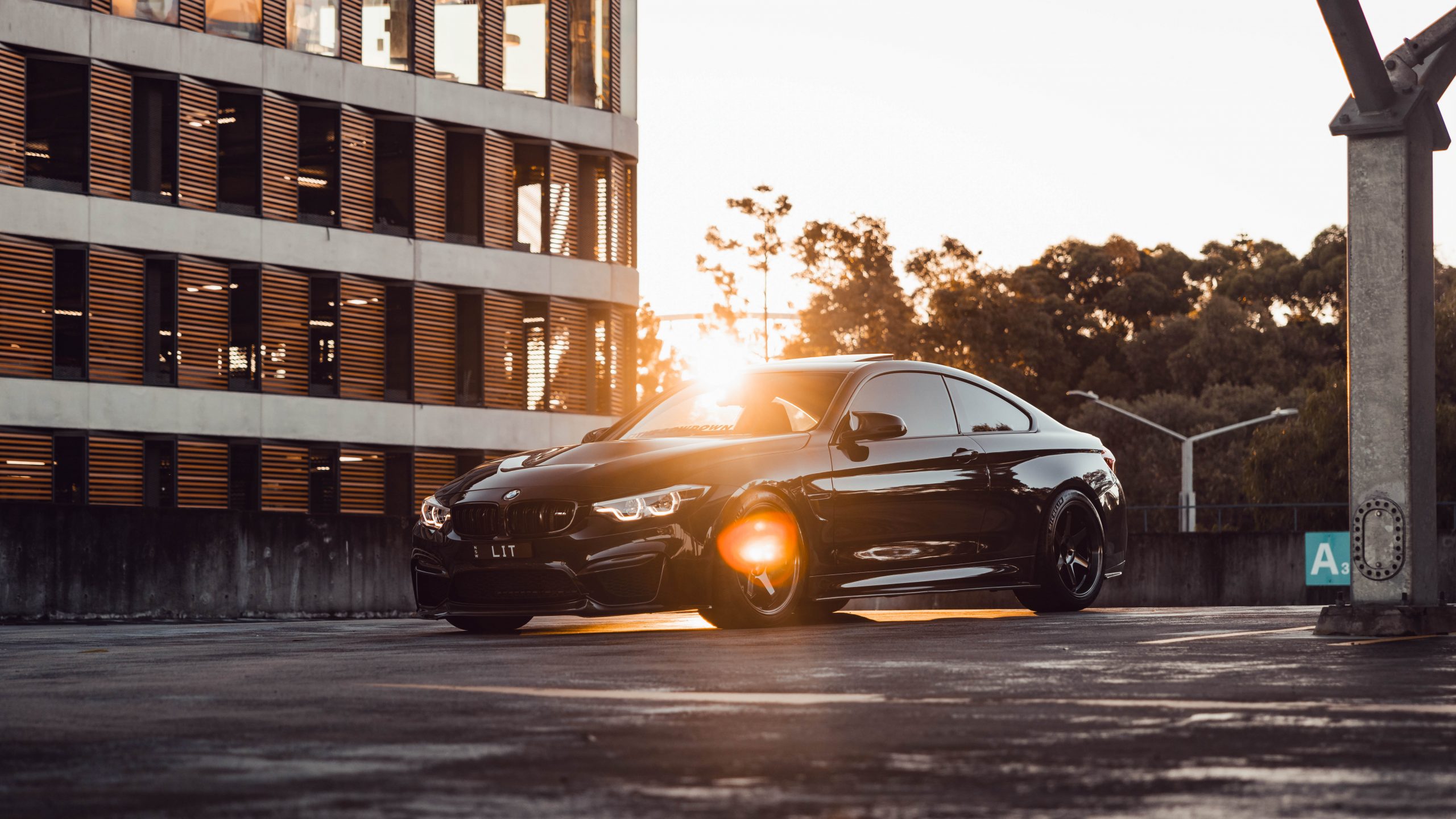 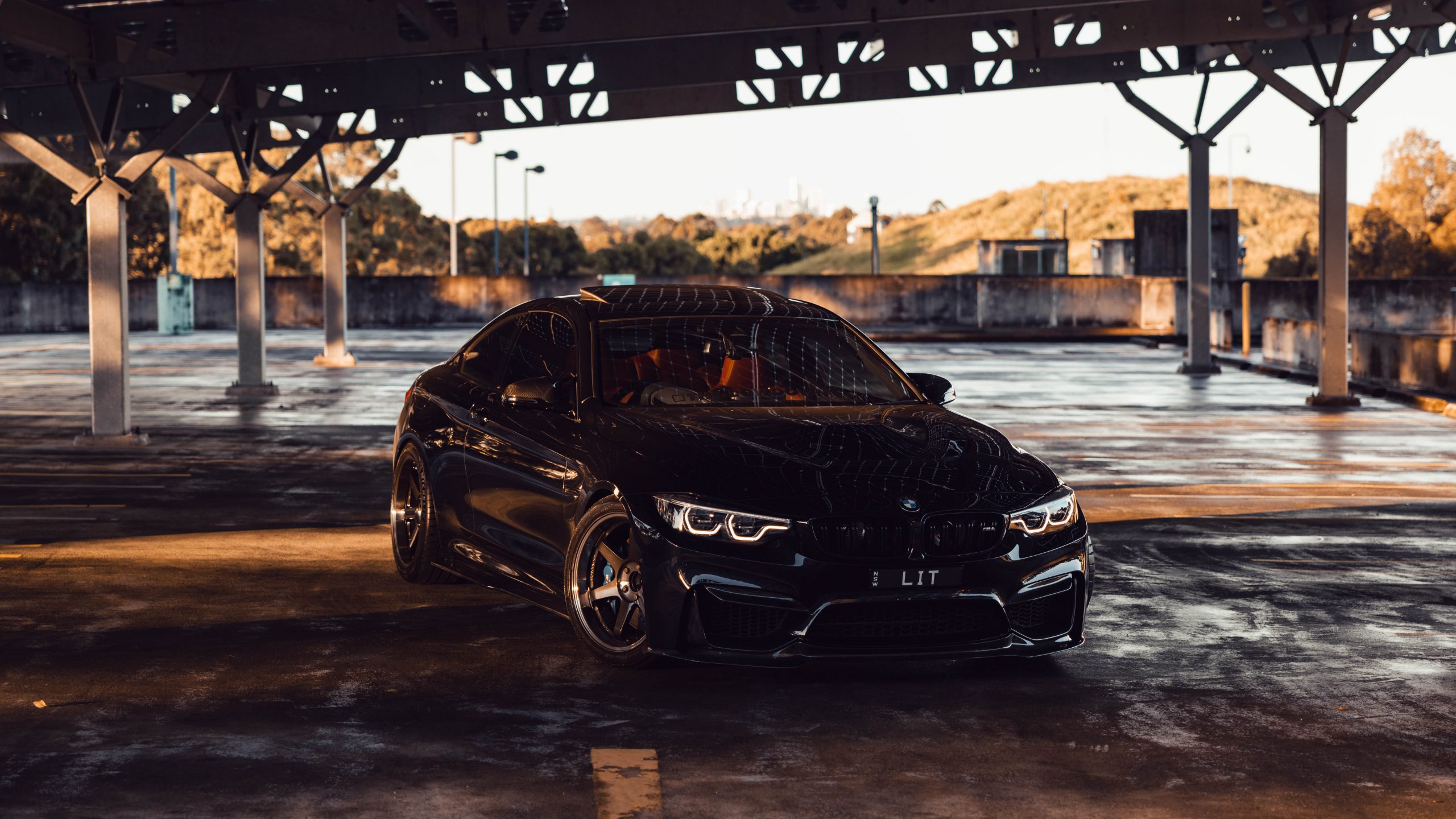 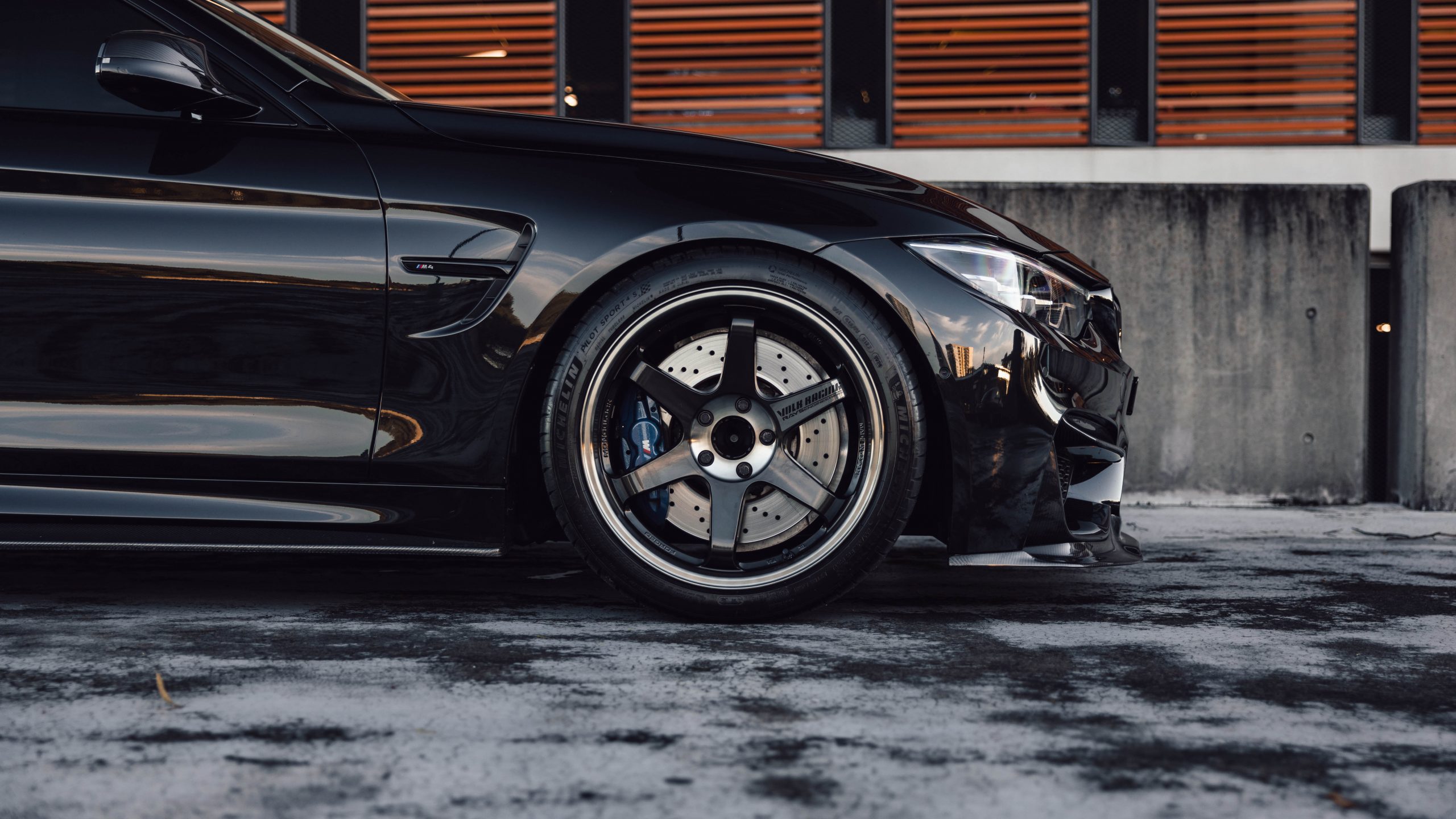 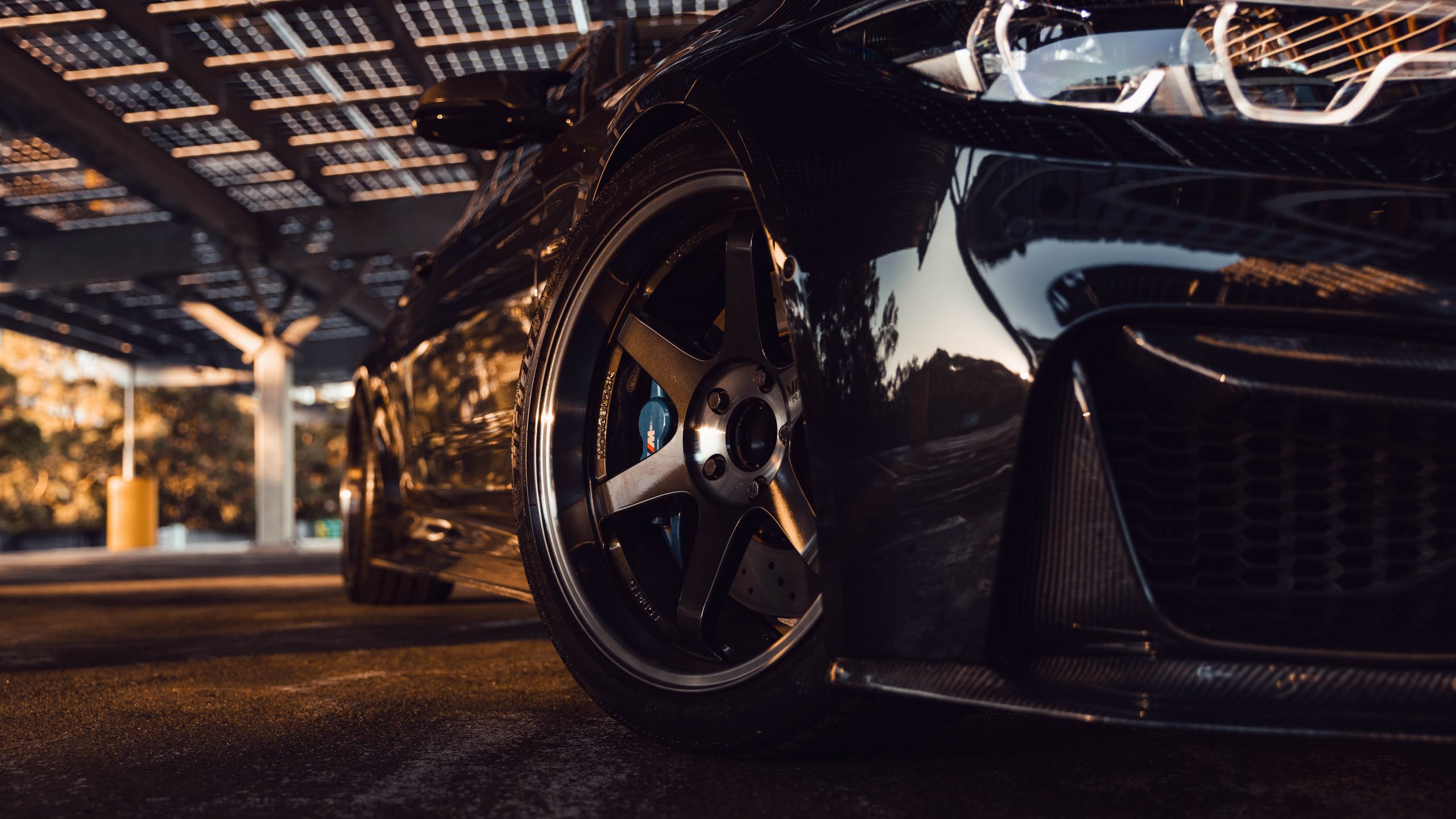 Ruby’s M4 represents more than just an M4. Hidden in the abyss that is its Black Sapphire paint are the M4’s razor-sharp body-lines, accentuated by the unmistakeable track-stance provided by some meaty MICHELIN Pilot Sport 4 S tyres and H&R Super Sport lowering springs. Deceivingly OEM, Ruby’s M4 borrows the tail-lights and vented hood from the M4 GTS , adding another level of aggression to the M4’s already menacing presence.

Sitting just behind the iconic BMW kidney grilles are MODE’s Air+ twin intakes feeding cold air directly into the S55 engine, generating over 360KW of power to the wheels, a number that instils fear in the M4’s traction-control system. Once the car rolls out of the shadows, the deep black paint gives way to a myriad of carbon goodies chosen tastefully for the exterior. The carbon doesn’t stop there. Heading inside the cockpit you’ll find it easier to count the parts that aren’t carbon, with Ruby opting for the M Performance complete carbon interior package, essentially covering everything you can touch, in carbon.

What makes this build truly unique, however, is a set of wheels that really need no introduction. Making their journey from Japan to be the icing on Ruby’s build is a set of Rays TE37SL’s in the Pressed Double Black colourway. For the Euro enthusiasts, you’ll understand just how difficult these wheels are to find, and for the JDM enthusiasts, you’ll be questioning whether they belong on a BMW, but that’s the beauty of Ruby’s build. 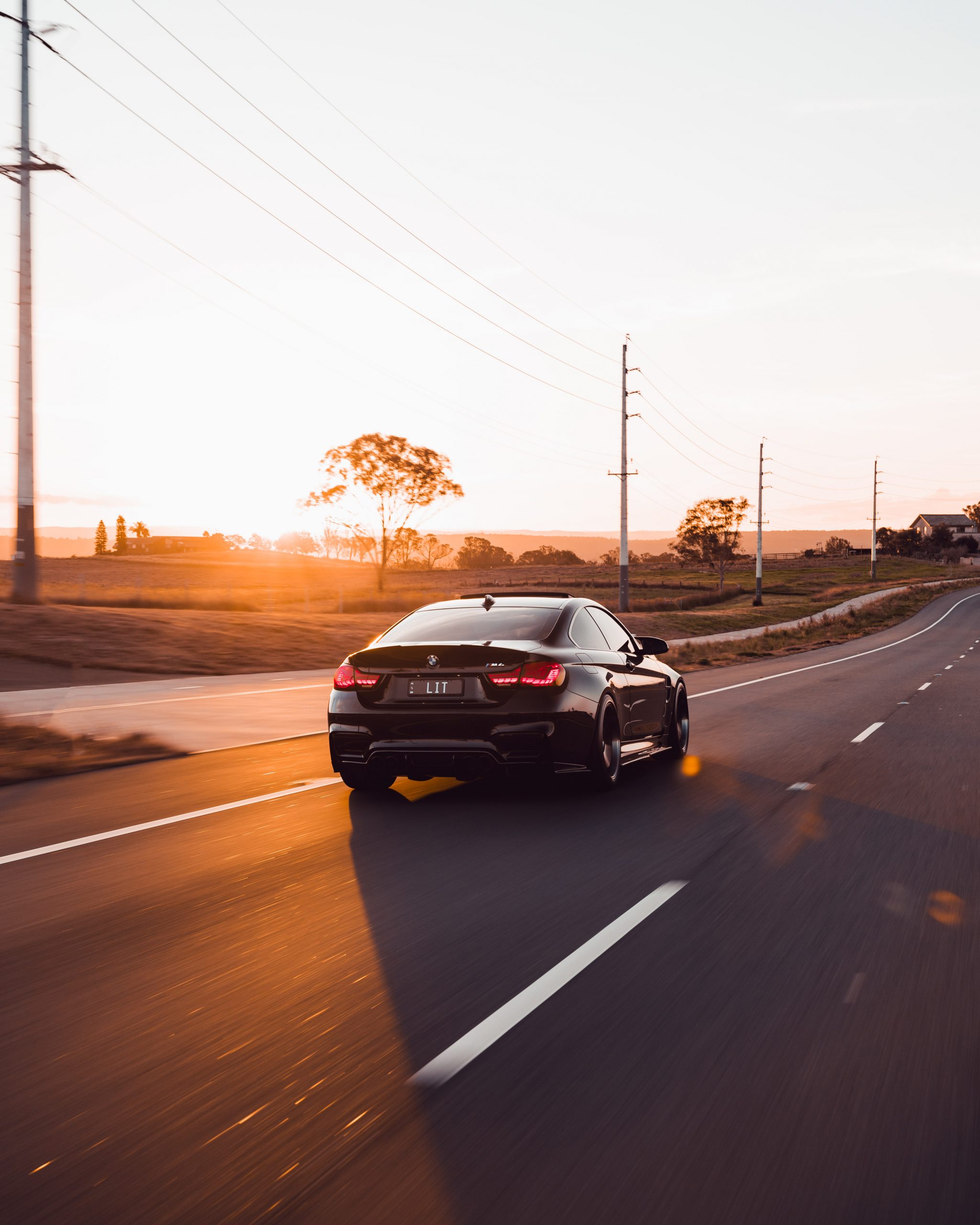 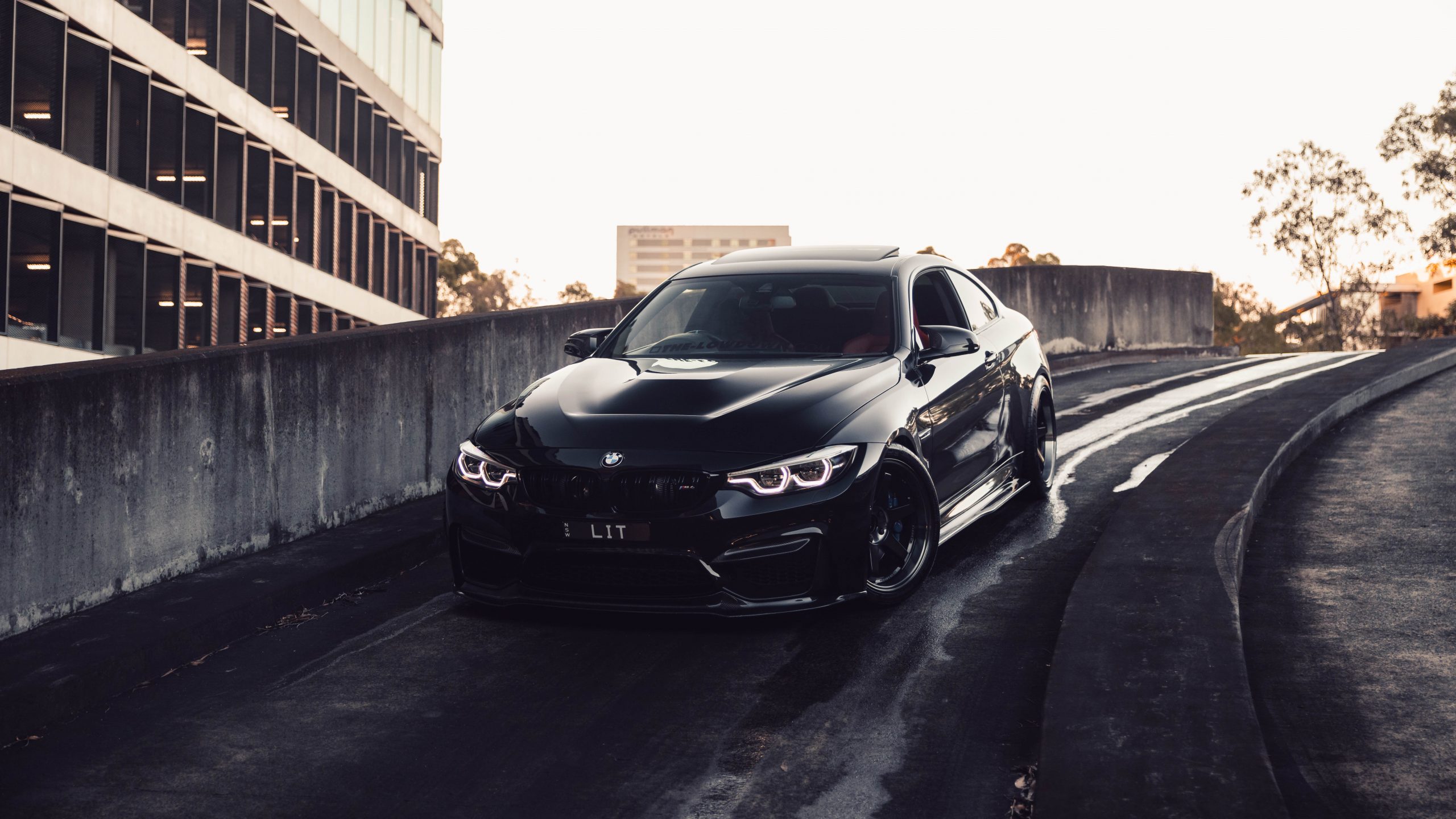 The journey so far

Staying in the Euro ecosystem

However, all good things must come to an end, and that’s why Ruby’s M4 is currently up for sale…but there’s a silver lining to this. Destined for Ruby’s garage in the future is a brand-new BMW G80 M3, a car that we’re excited to see she transform into something unique. Whilst Ruby’s M4 won’t be around forever, it will certainly become a symbol for those who seek to challenge the norm and build something that blends Japanese flair with European prestige.

If Ruby had a chance to build the M4 again, you could expect a nice set of 3-piece wheels and a full air-suspension setup, however she has a strong preference for the track-ready stance that the M4 already has. 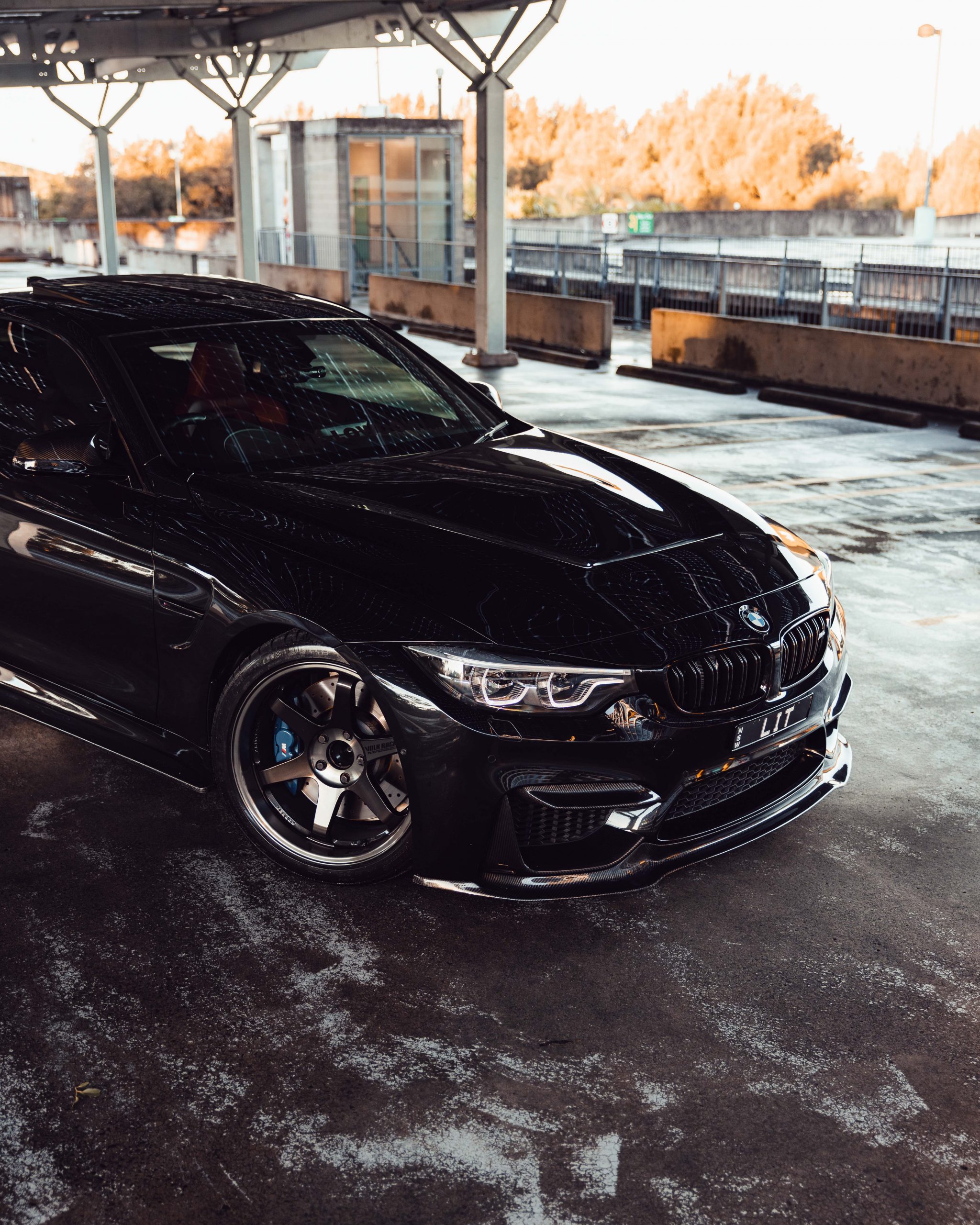 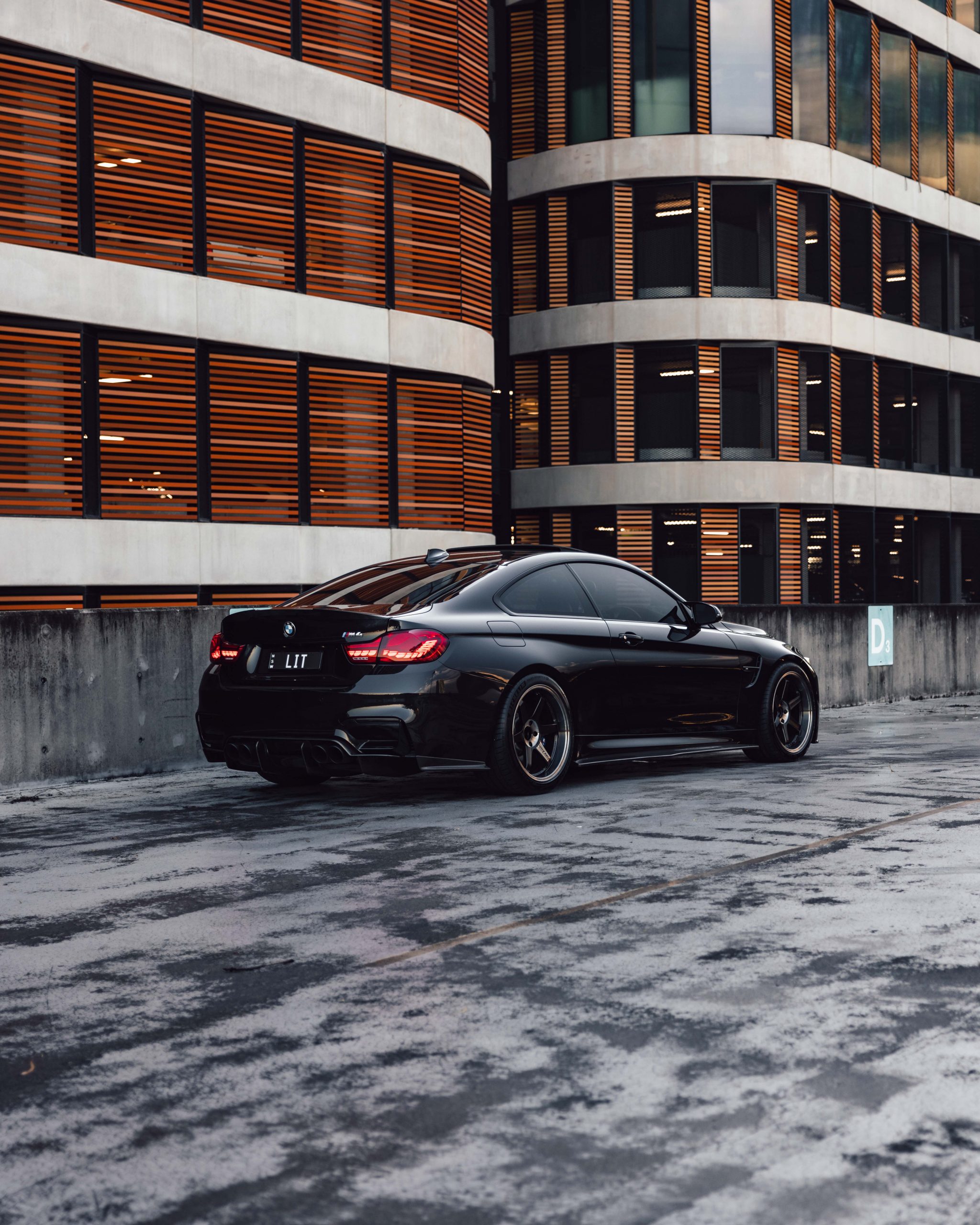 The people that made it possible

A build like Ruby’s is never possible without help from friends, family and workshops along the way. Ruby would like to take the opportunity to thank Diverse Garage, MK Motorsports and DN Bodyworks for their constant help throughout her M4’s journey.
Most importantly, Ruby would like to thank Ryde Rigs, a close-knit group of friends that have always motivated her to build the M4 right. Throughout her car journey, previously owning a Nissan Silvia S15 and Mitsubishi Evolution 8, this group of friends have grown with her and provided constant support that makes builds like her M4 possible. 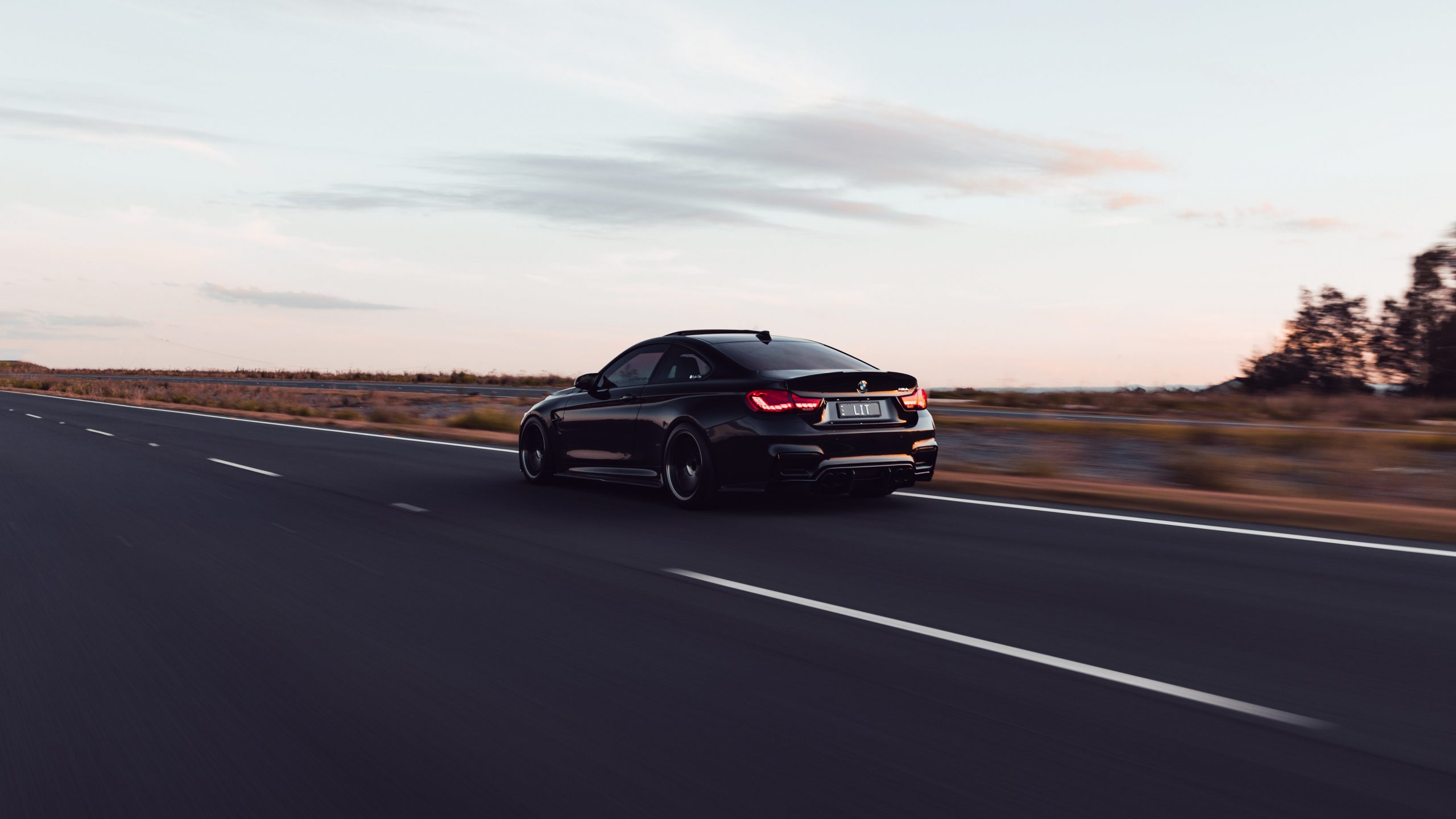 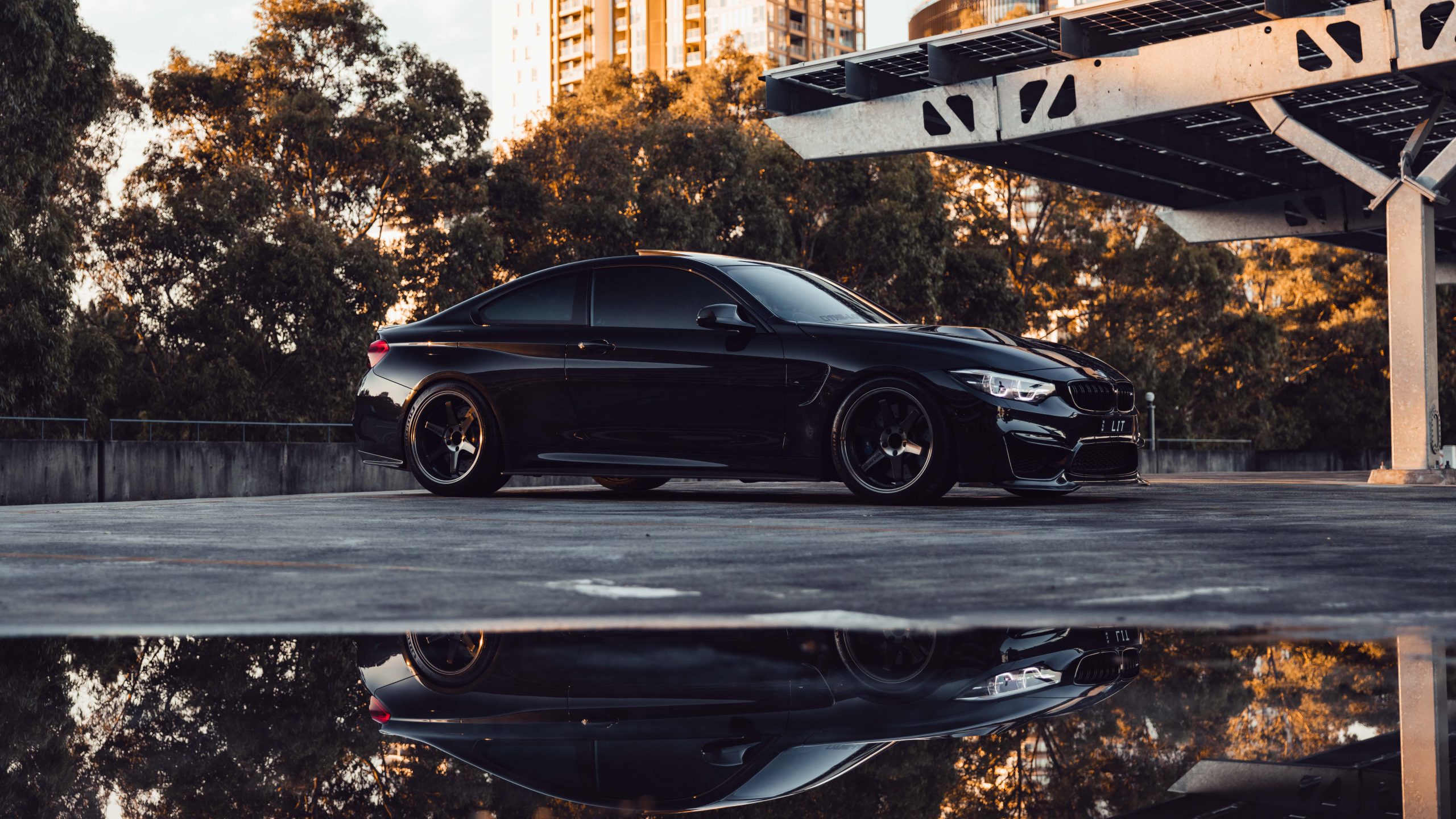 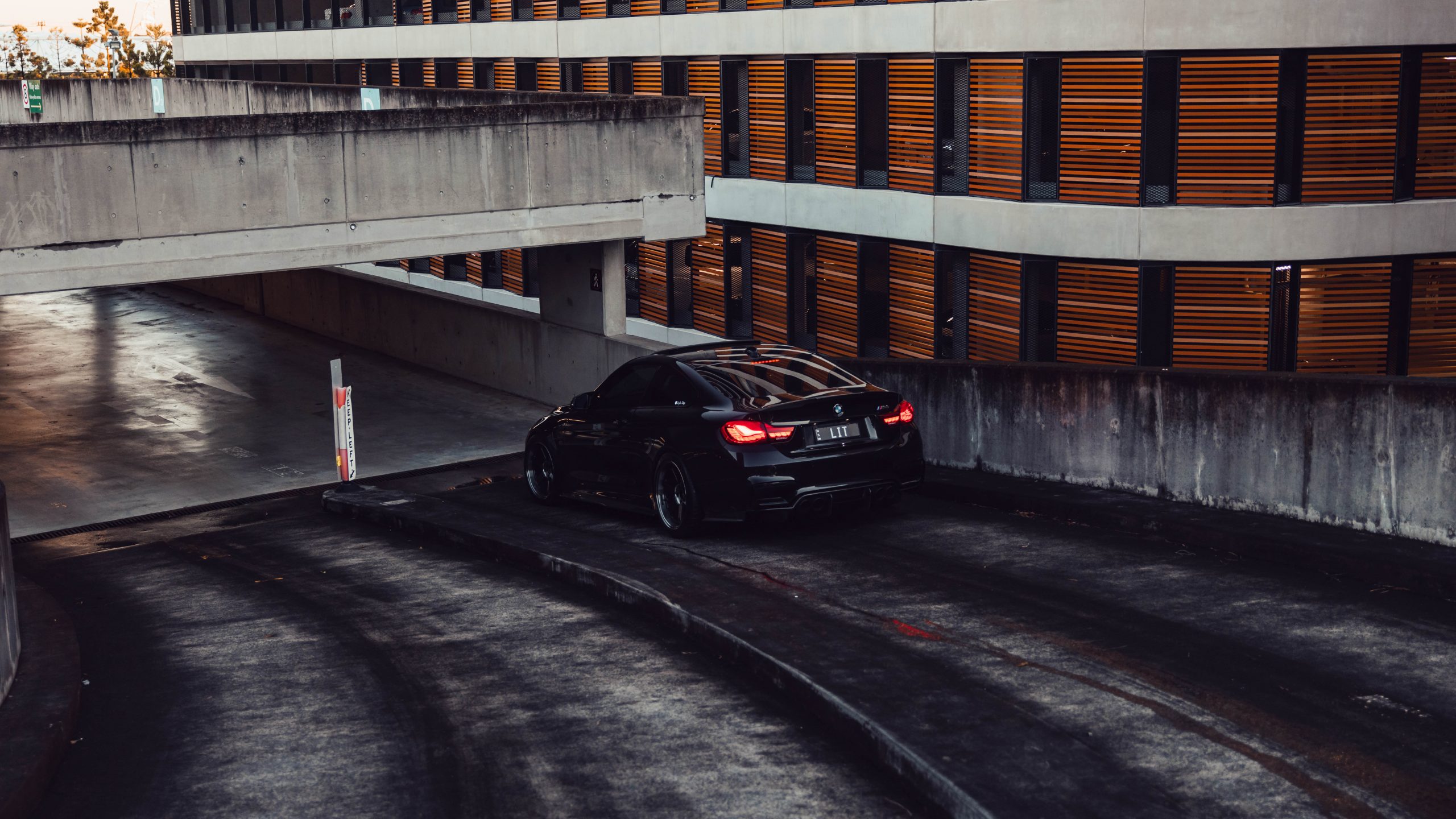 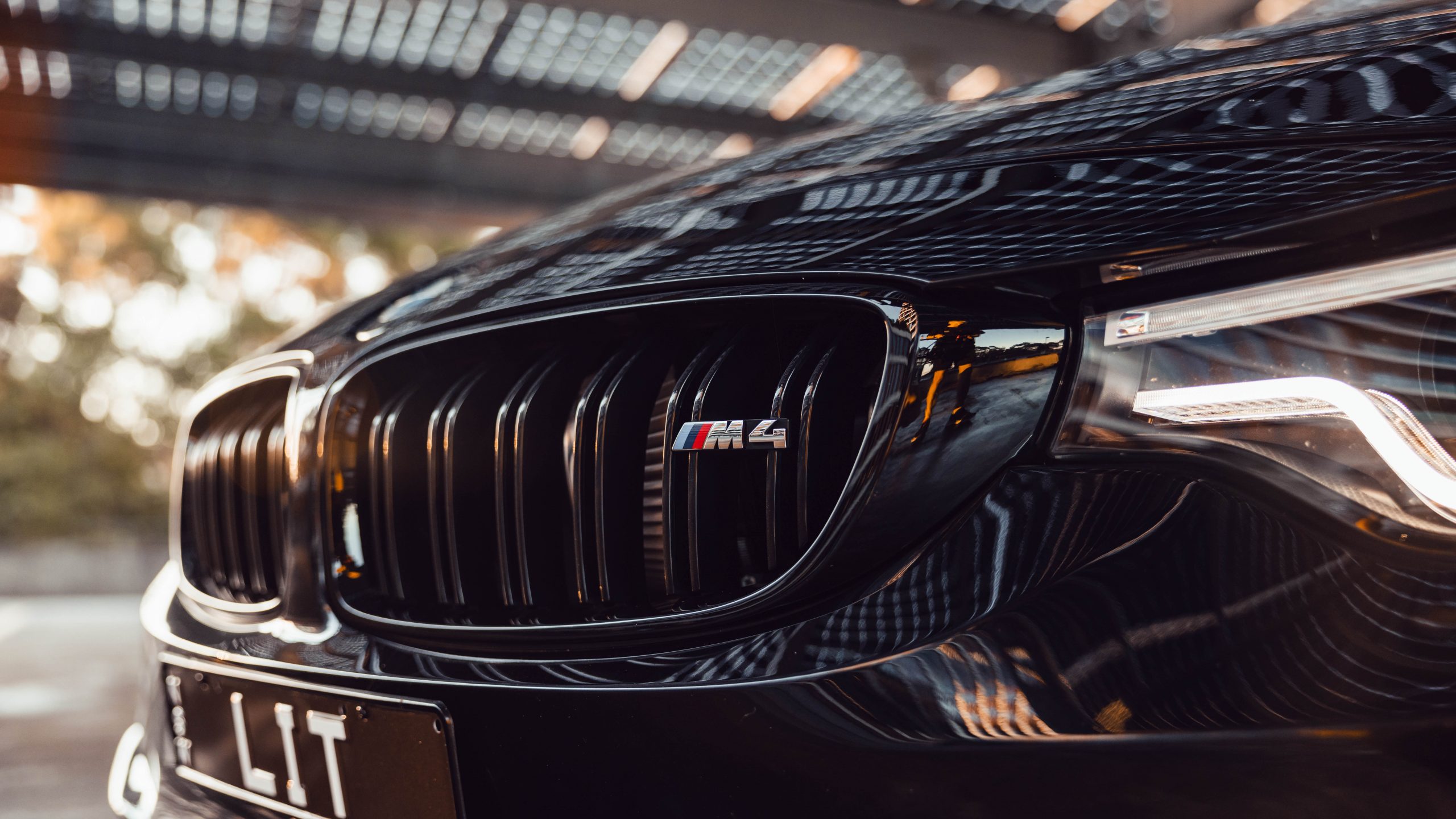 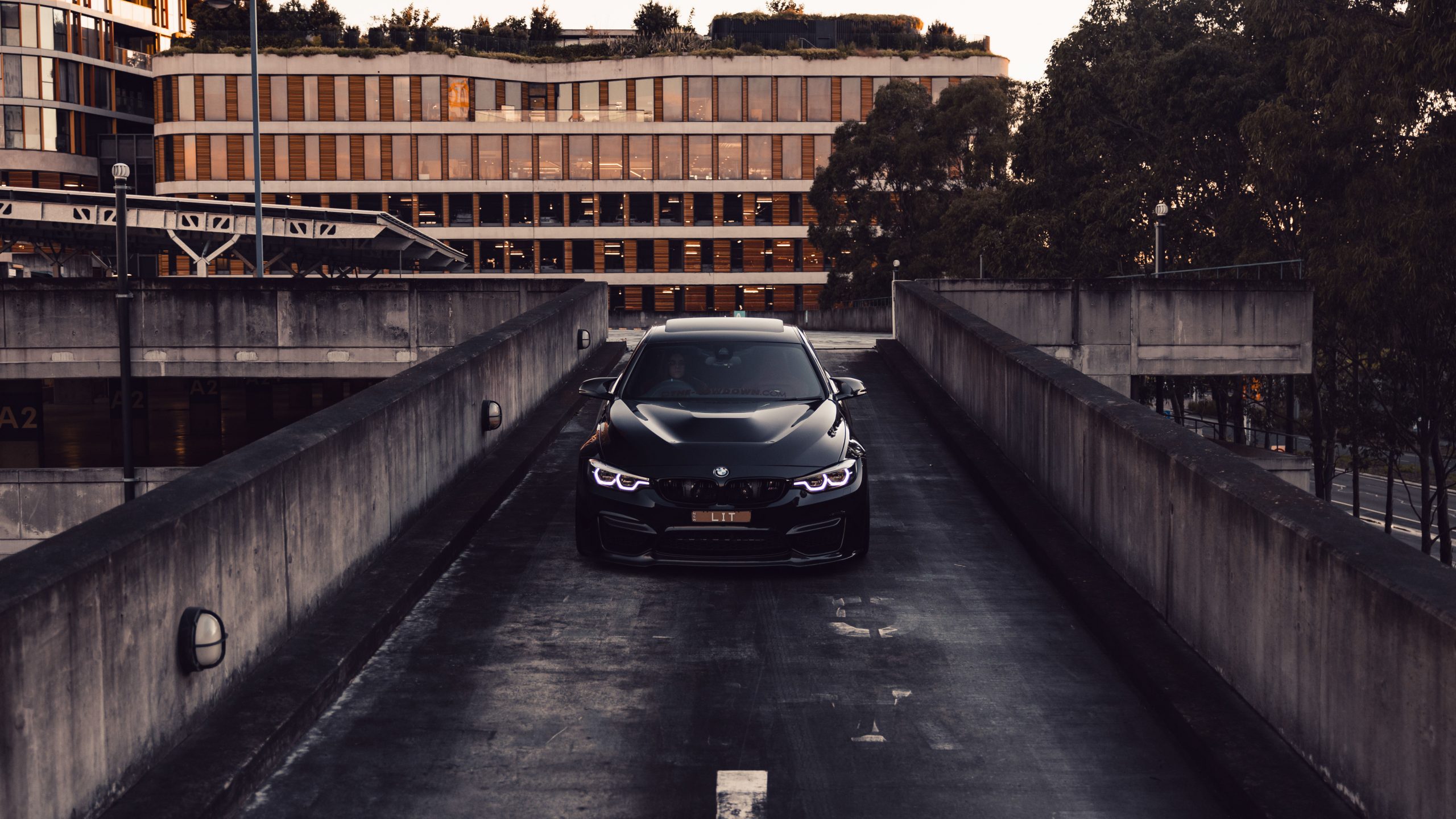 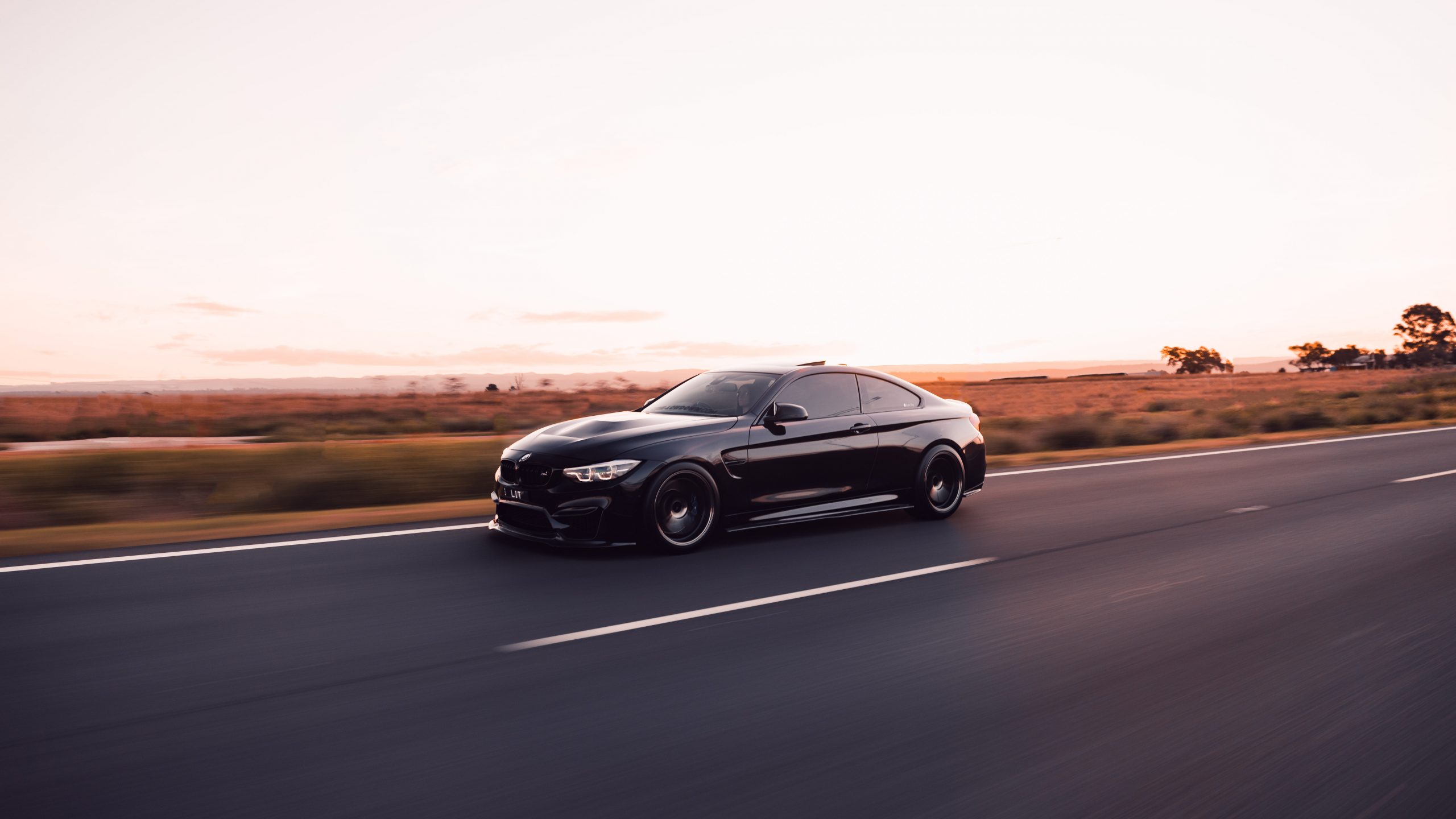 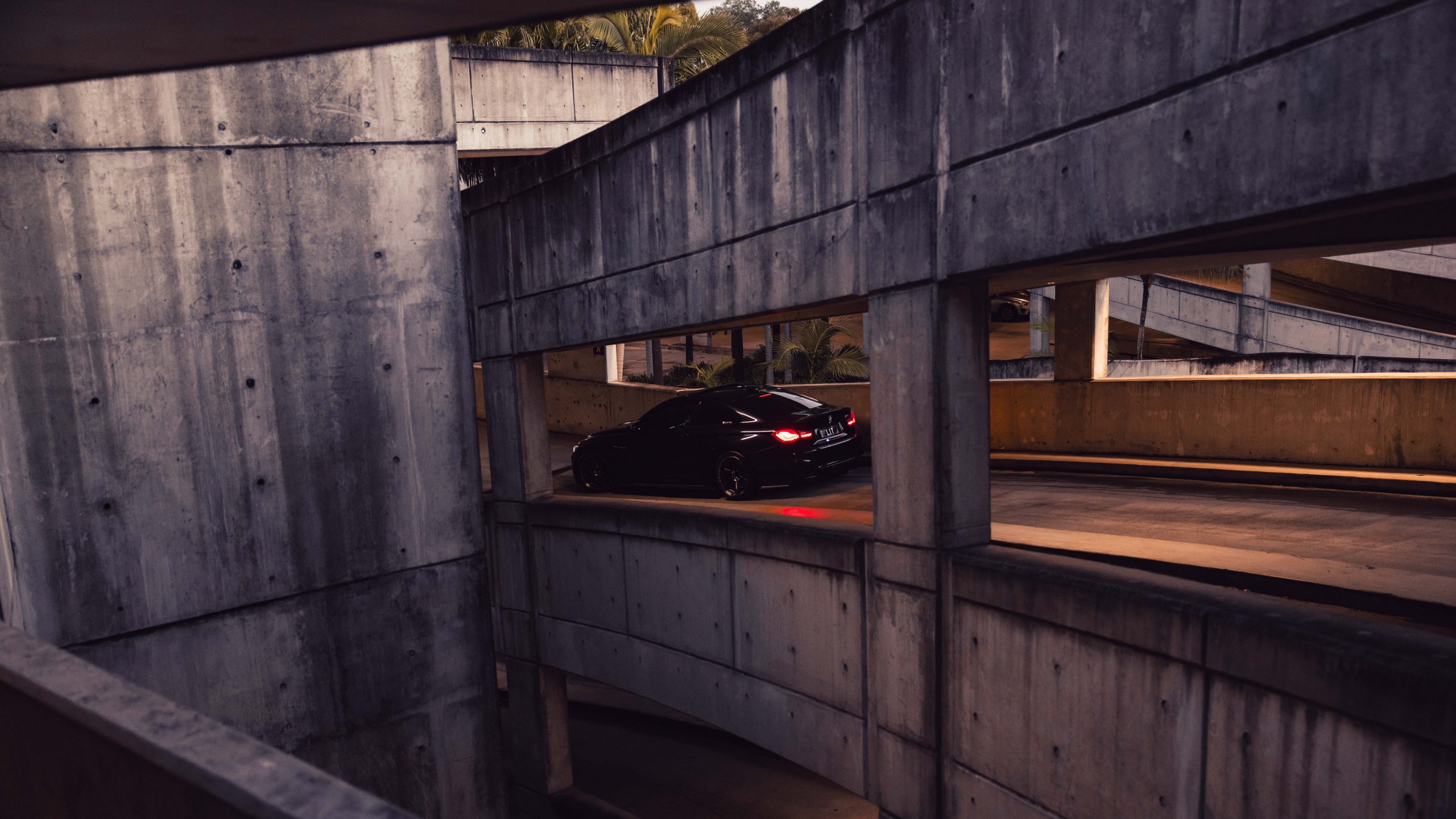 The tyre that makes it all happen

This content has been made possible by Michelin. As one of the world’s most iconic and prestigious tyre brands, Michelin is dedicated to providing the T-LD community with a range of sports and performance tyres that will transform every drive.

Ruby’s decision to wrap her unique TE37SL’s in a set of MICHELIN Pilot Sport 4 S tyres was the only logical choice. Designed for the enthusiast, the Pilot Sport 4 S blends incredible performance with aesthetics that will look the part on any build.

Whether it be driving through the city, or pushing the M4 to its limits on a wet canyon run, the Pilot Sport 4 S will instil confidence on every drive.