Rarity is key to desirability. If something is scarce, it’s exclusivity rises and makes that object far more enticing for an individual. This principle can be applied in many situations and is relevant to automotive markets and brands around the world. With that in mind, we present Rey’s Infiniti V35. 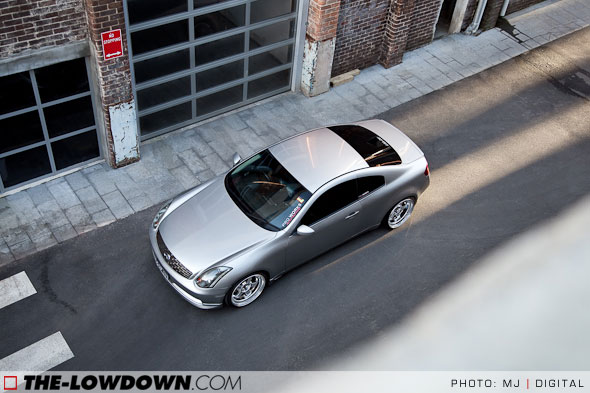 Nissan’s luxury counterpart/sub-brand, Infiniti has just launched here in Australia. Rey purchased this car four years ago, and it’s easy to see why he made his choice. Always having a passion for Japanese and European cars, this was the perfect offering in terms of sports luxury. 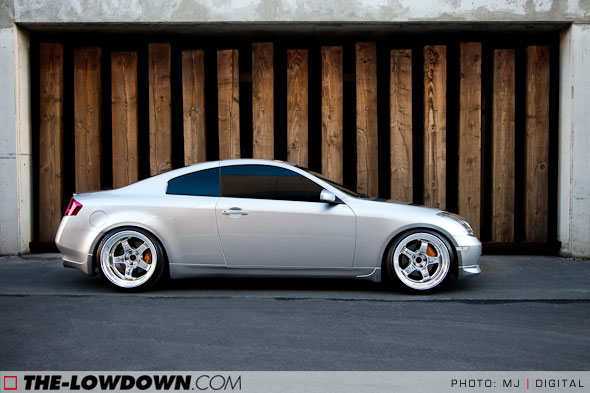 Once this V35 was in Rey’s hands, the modifications begun almost instantly. First up, a set of HKS Hyper Max coilovers, then a Fujitsubo exhaust. Logical decisions for first modifications, but it wasn’t until a random conversation that the idea of supercharging it came about.  Rey recalls, “One day, I was speaking to my brother Richard, who owns ProWorks Automotive, his first thoughts were – why don’t we supercharge it?” 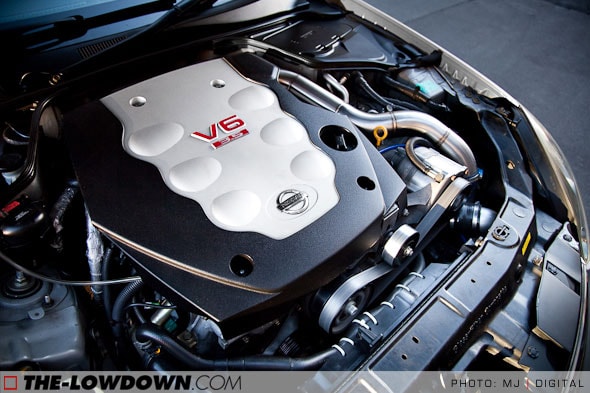 After exploring the options available, the HKS supercharger kit was purchased, the bolt on kit offered by HKS made it the most suitable choice, minimising alterations required. Almost six months later and a number of late nights the car was finally up and running with the supercharger kit. “Firing it up for the first time and just hearing it made it all worthwhile!” explains Rey. 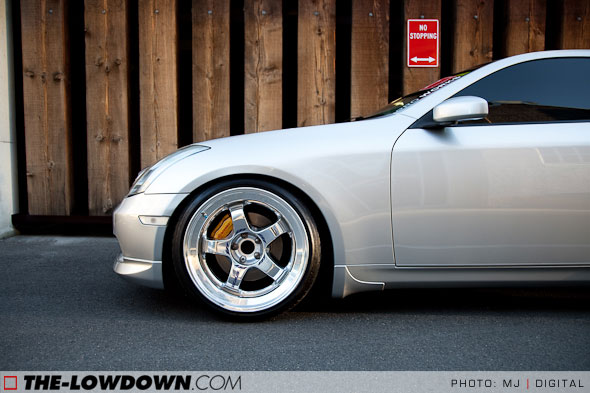 With engine and performance sorted, it was time to find the perfect set of wheels to accompany the HKS coilovers. Research pays off and Rey looked around for a long time before making the critical choice. 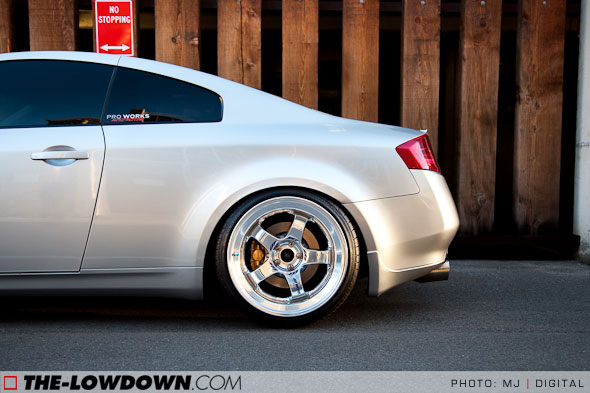 In the end, he scored himself a set of Work Meisters from Japan. They were sourced in the perfect size for the look which he desired, consisting of 20 x 10.5 +6 pair up front and 20 x 10.5 -7 in the rear. Once the coilovers had been wound down, the car was looking aesthetically complete as far as Rey’s intentions for it. 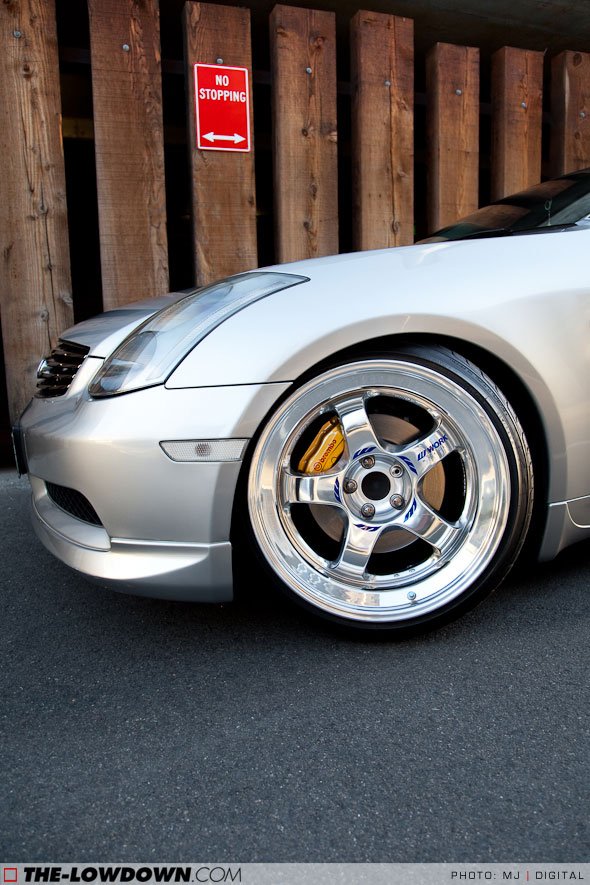 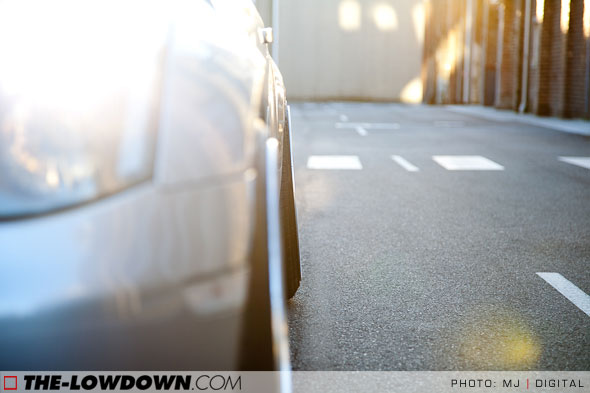 Just like all projects, Rey admits that there were times where he almost gave in and wanted to part out, due to both a lack of funds and interest over time. Working on his Civic at the same time meant he had to delay this one. Now that it’s near a completion point, he has no regrets. 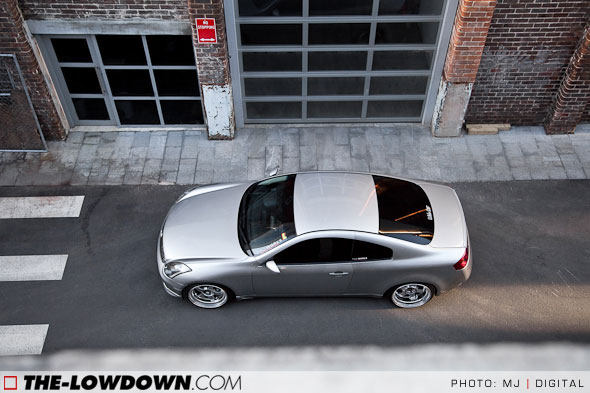 There’s something about the curves on the V35 that makes it appealing, being so simple yet effective. The luxury components not available on Nissan’s closest alternative, the 350z had Rey behind the wheel of this one straight away. 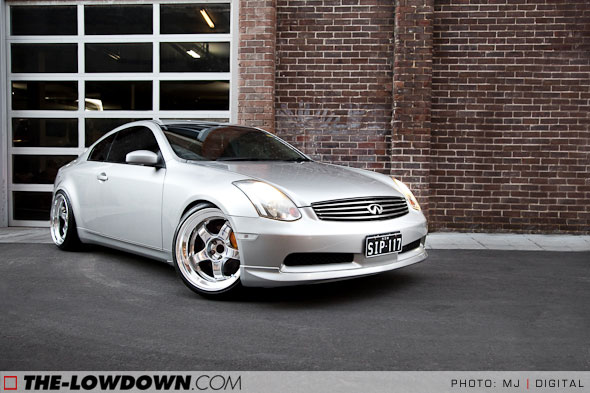 Now, Rey intends on concentrating on cleaning up a few tidbits on the exterior and upgrading the ECU. Bigger injectors will follow and perhaps a change of the bodykit in the near future. Until then, he’s got himself a clean unique gem. 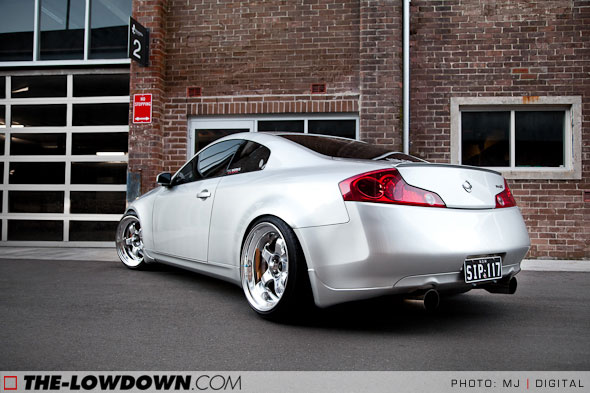 Be sure to look out for this on Sydney streets, you’ll hear the whining blower coming from a long way off!