Everyone into automotive culture is a race-car lover on some level. We can’t help it. Watching motor racing on TV as a kid is a formative experience, and for some of us it becomes an obsession that takes over when we get cars of our own. These two incredible S-chassis Nissans show what can happen when you mix import aesthetics, race-car sensibilities and the pursuit of ever-faster lap times. 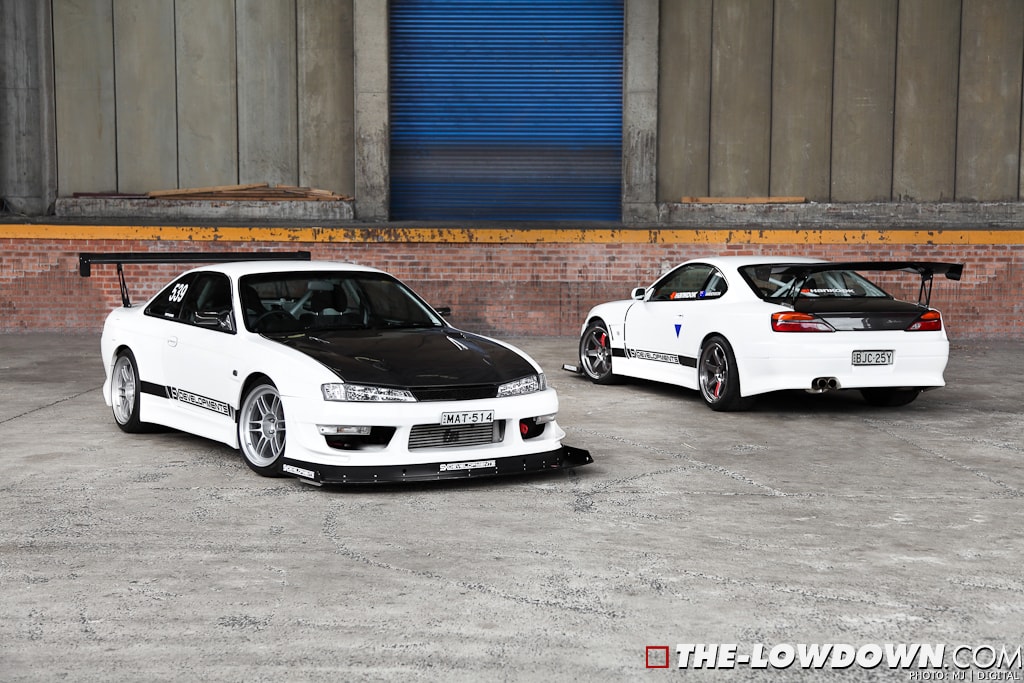 You can’t go at it alone with builds of this calibre, and these two mates, Matt and James, have shared a lot of similar experiences as they’ve moved from basic club level racing through to more serious competition. We got up close and personal with their Silvias and tried hard to pick a favourite. We still can’t decide.

Matt Robinson has owned his S14 for twelve years. Take a second to think about what you were doing twelve years ago! It was stock, Jungle Green, and just what Matt was looking for at the time. 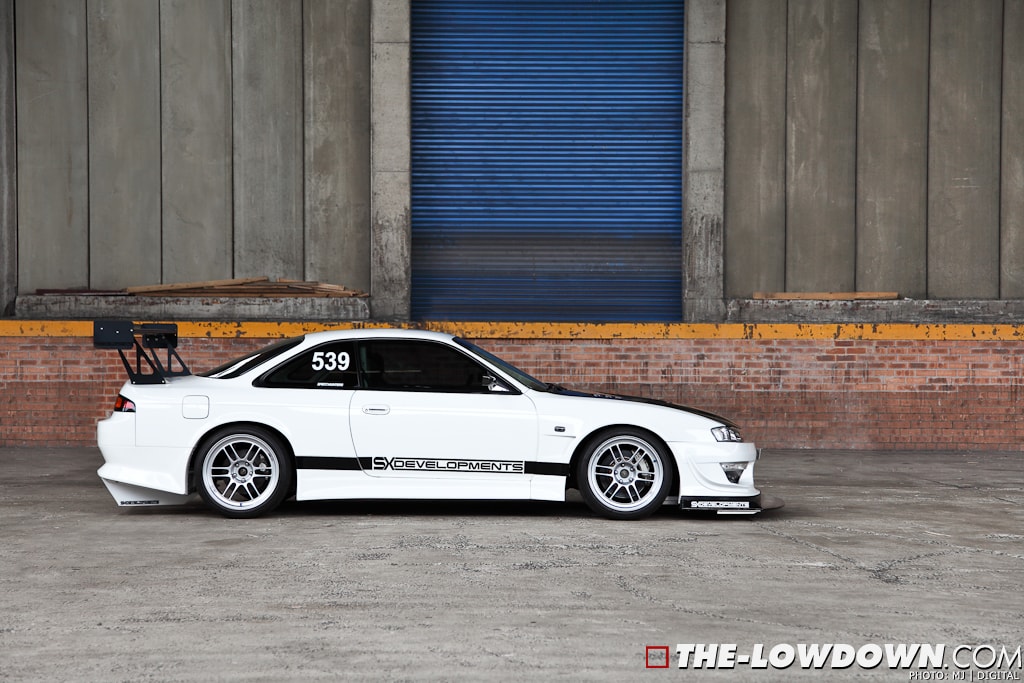 Mods were minimal to start with; BOV, exhaust, turbo timer, etc. It was a gradual process, but one that never slowed down. “I didn’t intend to turn it into what it is today, but then at the same time, looking back, I could see it slowly occurring. I remember flicking through Hyper-Revs until the early hours of the night and translating Japanese web sites to see what new parts were about.” 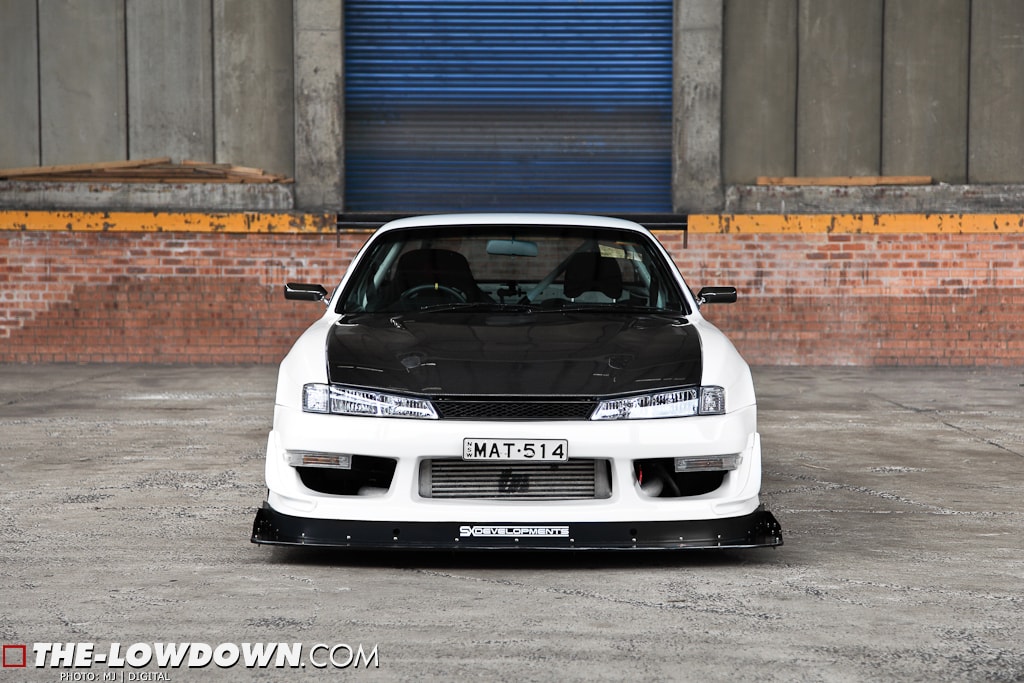 Matt is a true enthusiast in every sense of the word. Back when he was tearing down his S14 and modifying it, there wasn’t nearly as much information available when compared to now. “I was very passionate about documenting the work I was doing. I always wanted to try and help others along the way and started early with a lot of tech articles for nissansilvia.com.” 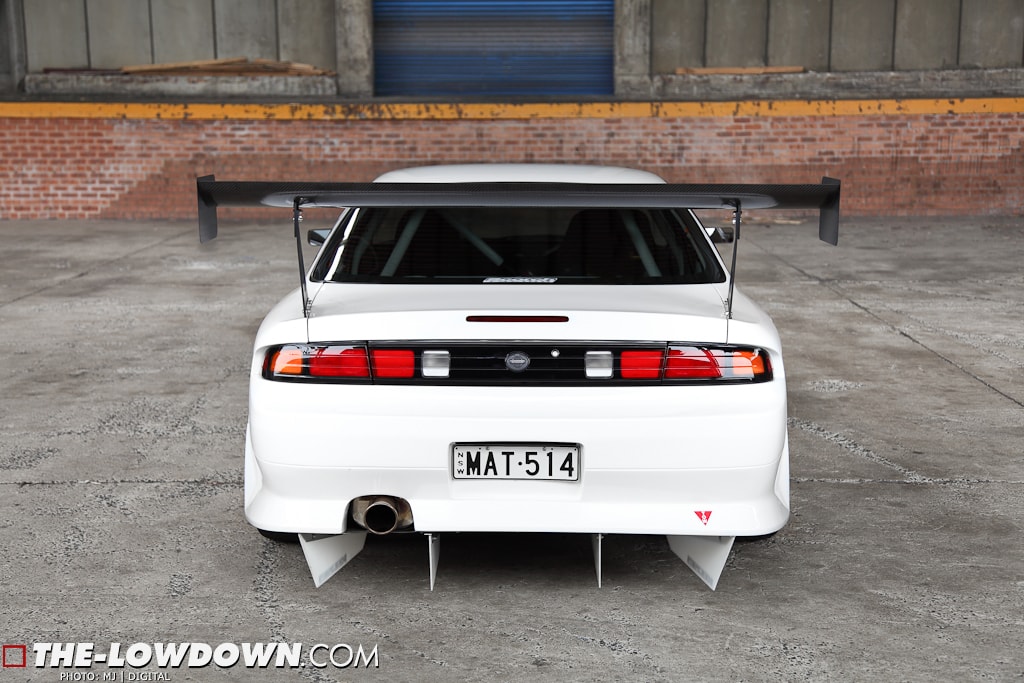 “At the start of nissansilvia.com there was a central bunch of NSW people that met up for cruises and runs. That rolled into starting Australia’s first CAMS affiliated drift club. I’ve moved away from that side of things and become more involved with supersprints and time attack, but this car was my introduction to motorsport.” 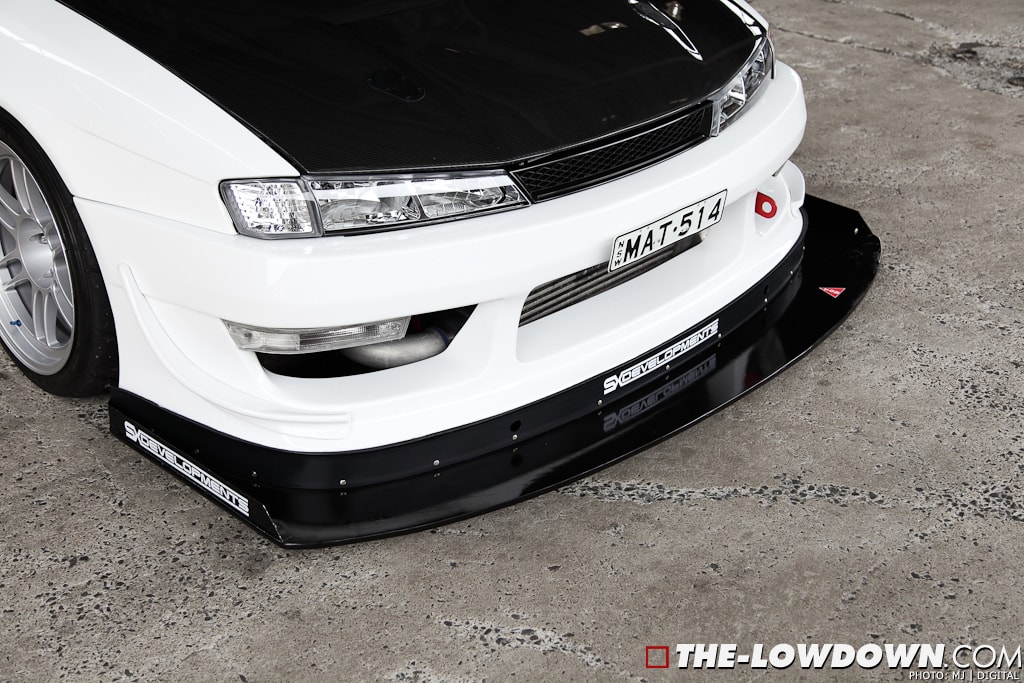 “Since then the goal has been to always go faster through continued development whilst keeping the amount of money invested to a minimum. This never worked.” 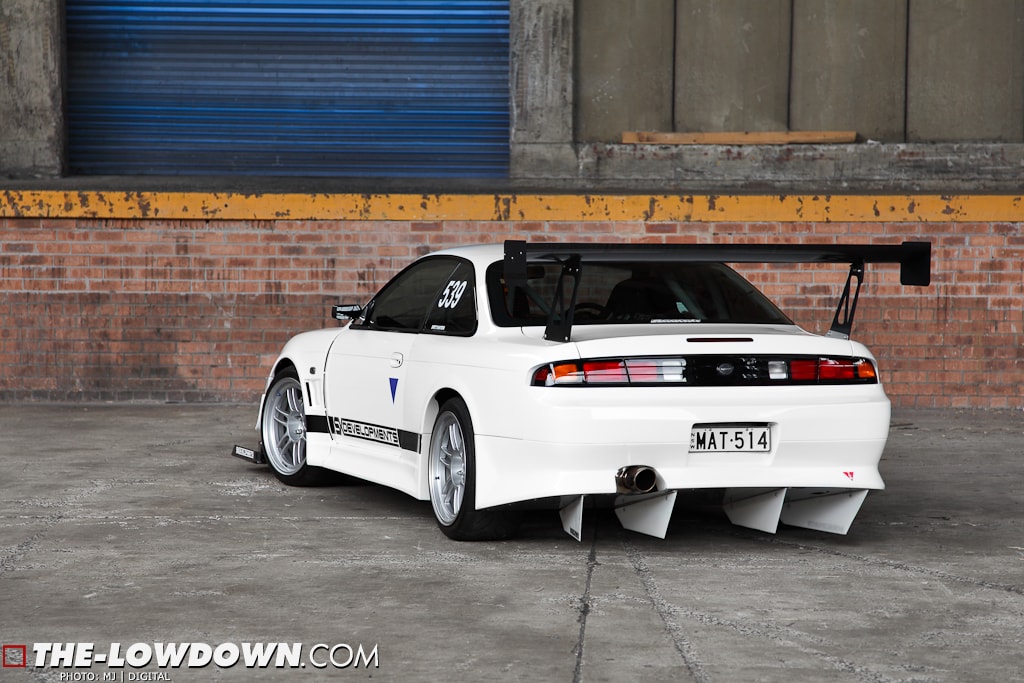 You would expect a car with twelve years of development to be a formidable package on the track, and you would be exactly right. Matt’s S14 is no highly strung, one trick pony. Rather, it is a well blended combination of reliability and performance. 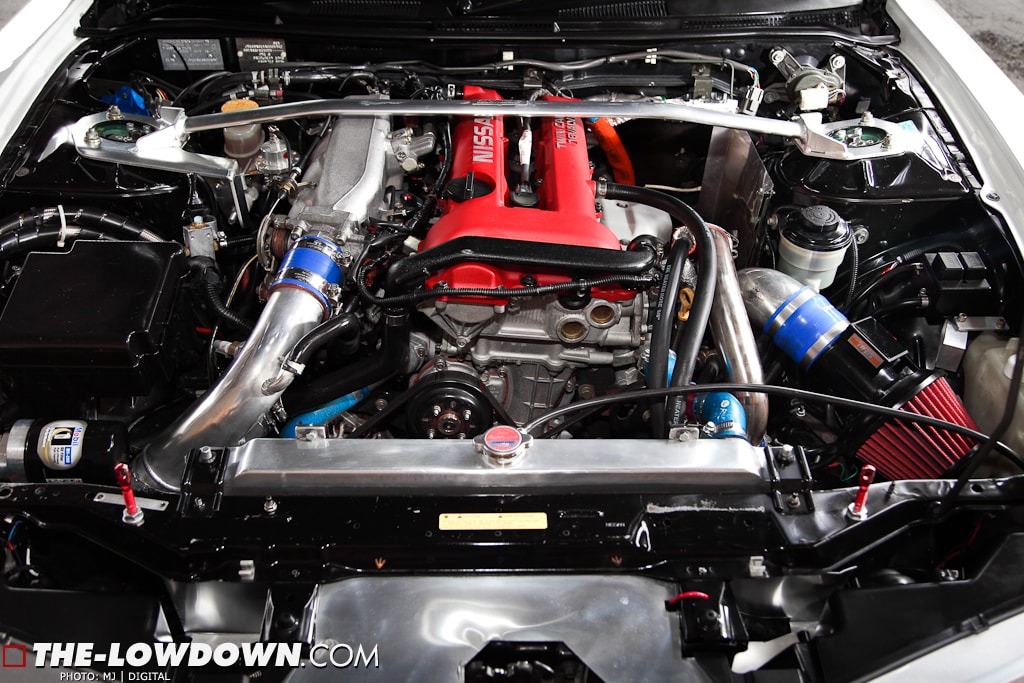 “The car performs well,” says Matt. “I find it instils a lot of confidence when driving it. I am a big fan of the S-chassis cars, being RWD, relatively lightweight and turbocharged. It’s a great combination that is a lot of fun and extremely rewarding to drive on the limit.” 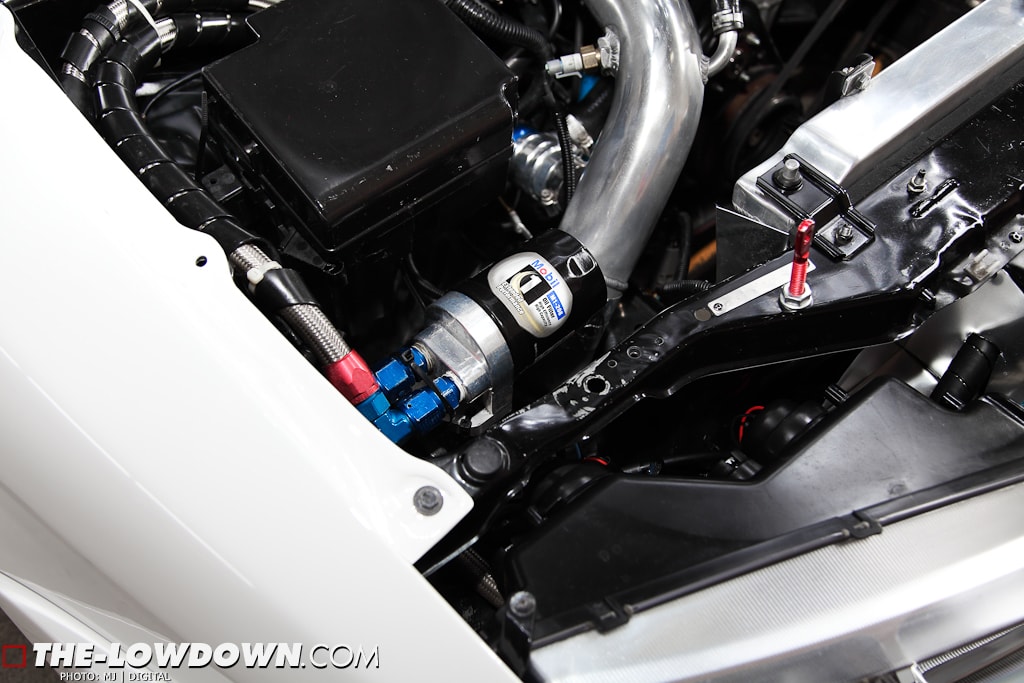 You can tell an SX Developments car when you look at one up close. The details are all perfect and nothing is done by halves. Twelve years of ownership and track use haven’t hampered the car in any way. 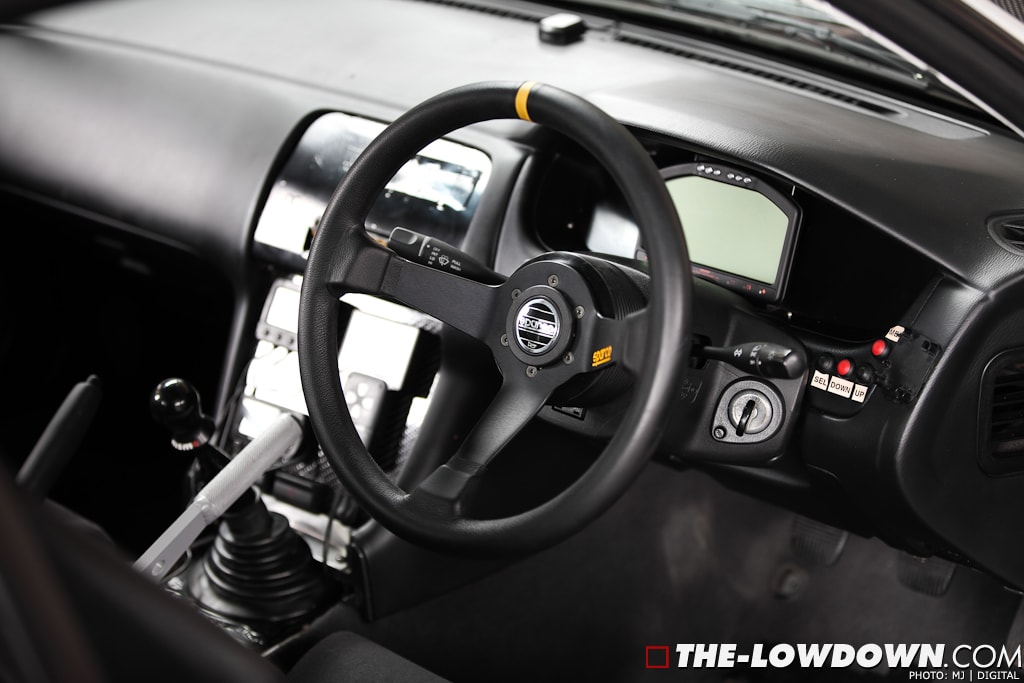 The interior is purposeful but not totally spartan. While carpets and unnecessary trim are long gone, the factory dash has been retained. Matt’s digital display, race wheel and custom centre console upgrade the interior’s looks as much as its functionality. 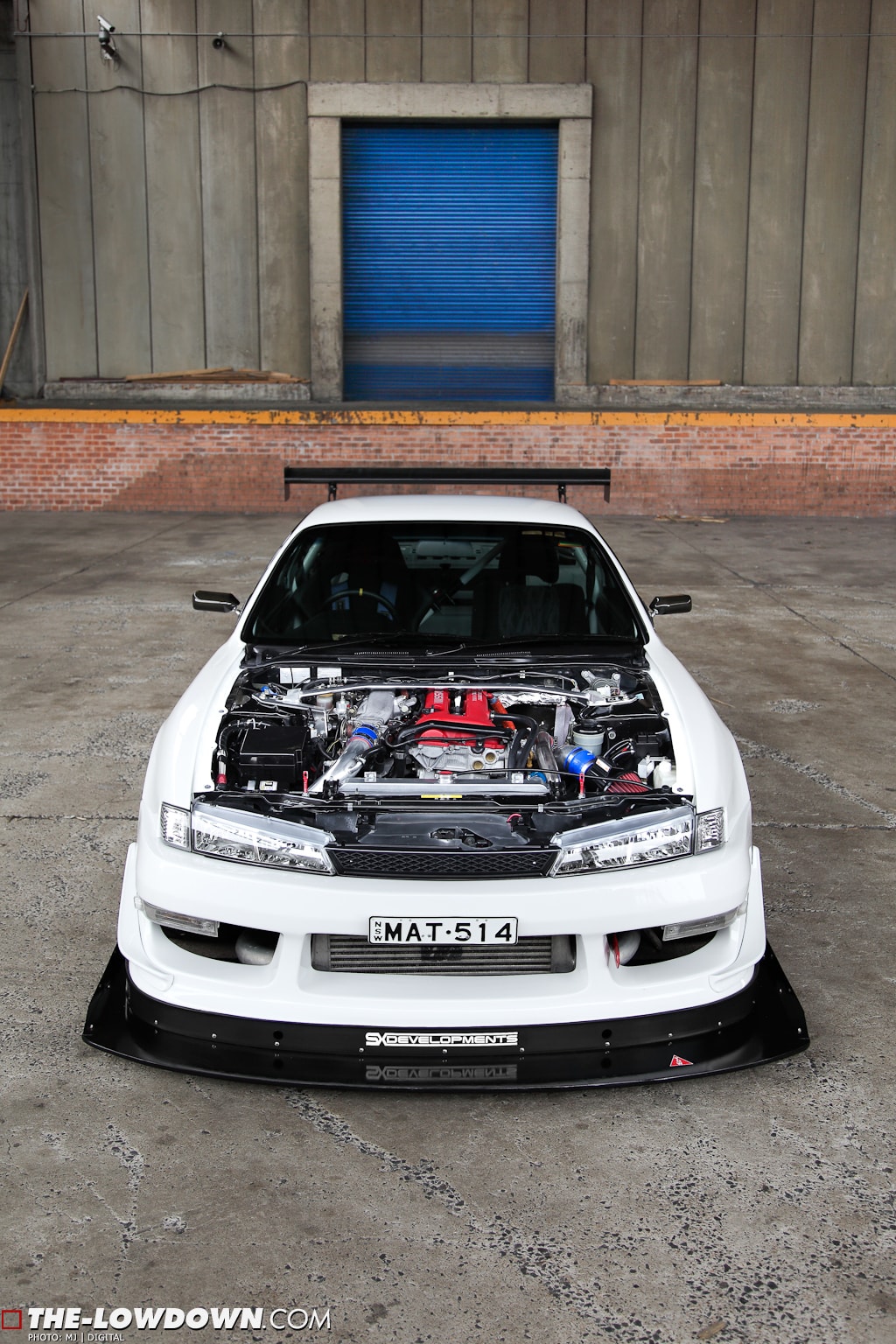 If you make it to WTAC this year you will see Matt’s car in the show and shine, but as for the main event he’s sticking to the sidelines. “I aim to do more track days at Eastern Creek and Wakefield Park, but my big goal is to go interstate and race on Phillip Island, Winton and hopefully one day Lakeside, Queensland Raceway and Sandown.” 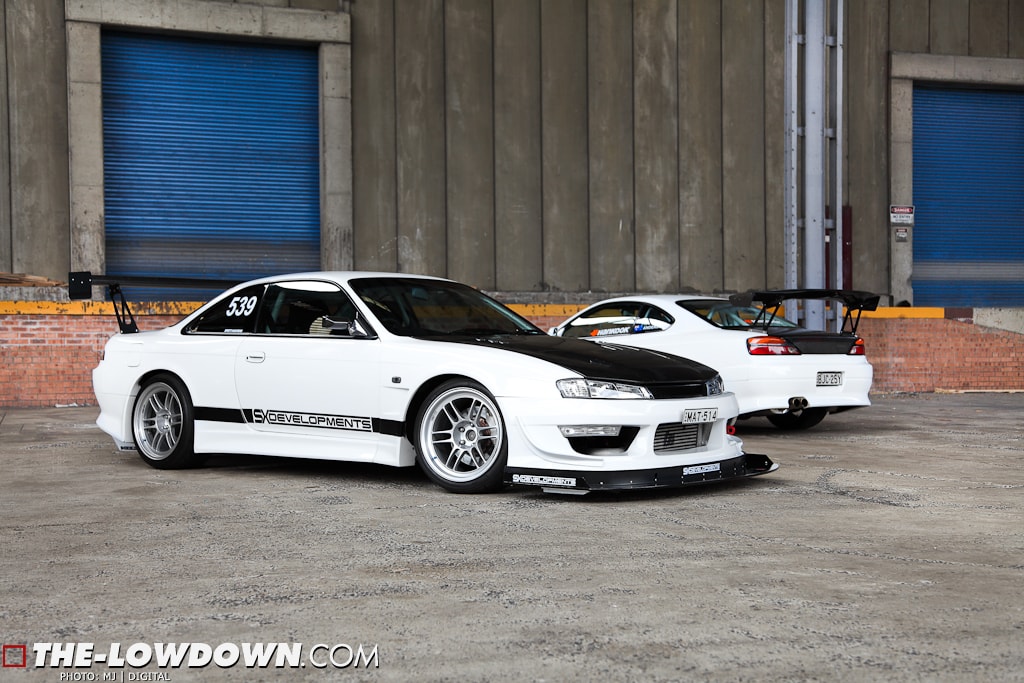 “The car has been a roller-coaster of ups and downs, but I have maintained a consistent passion throughout. I have as a result of building it up over many years and sharing my passions with other people, come away with some lasting friendships that never would have happened had I not been involved in cars and motorsport.” 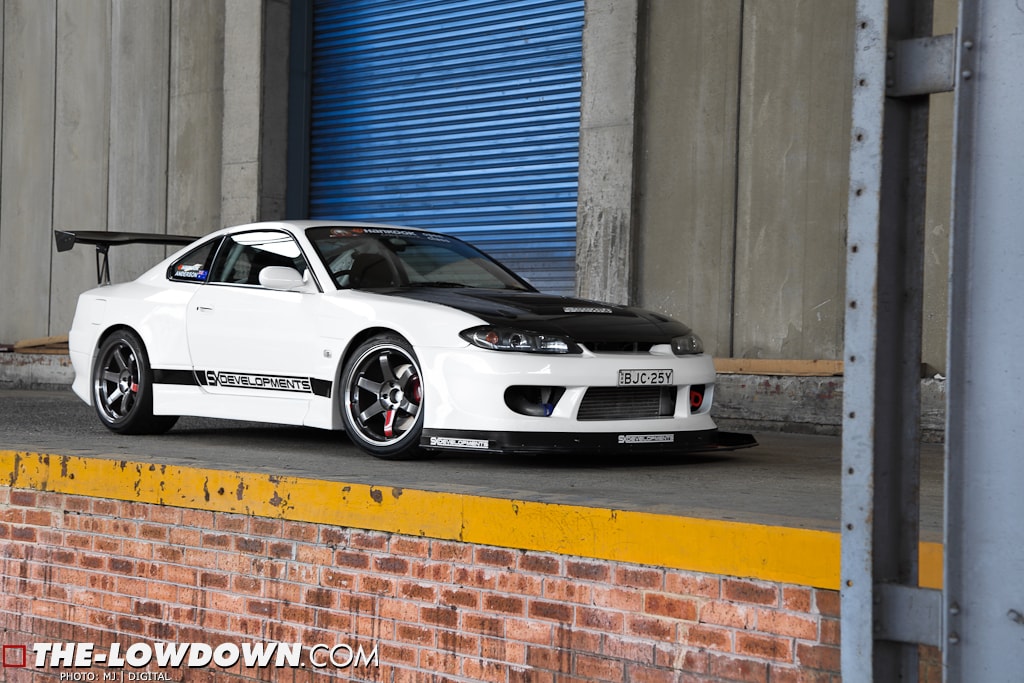 James’ S15 has a similar story, but whereas Matt picked up his S14 and stuck with it, James strayed a bit before eventually knuckling down. 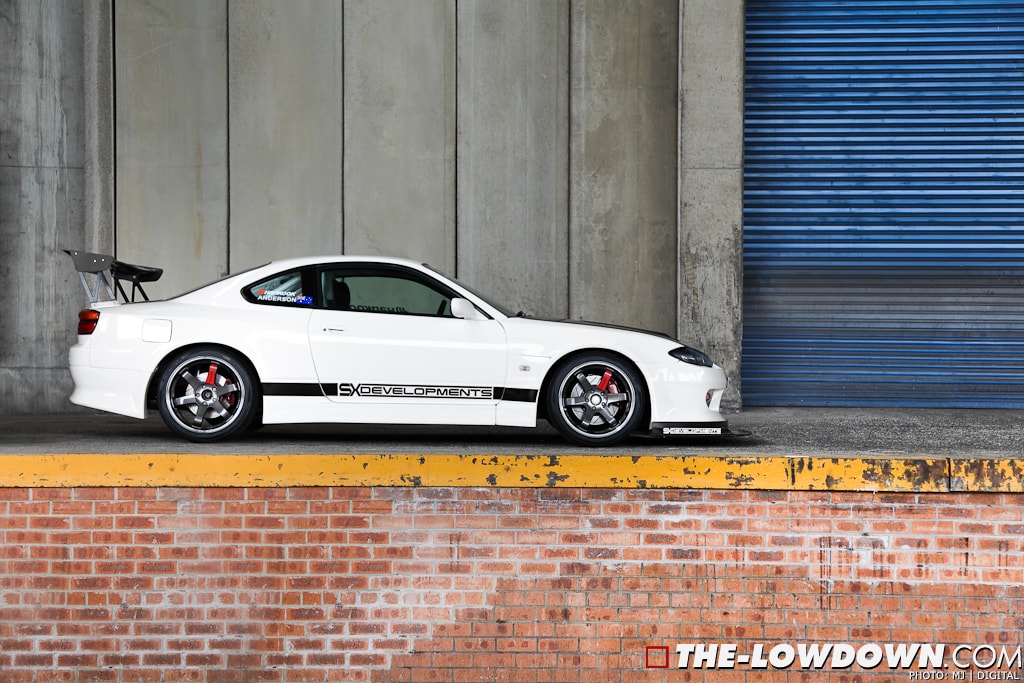 “I’ve always liked the racetrack,” says James. “Every car I have owned has revolved around a compromise between the road and track (and budget!) and pushing the boundaries as to what you can live with.” 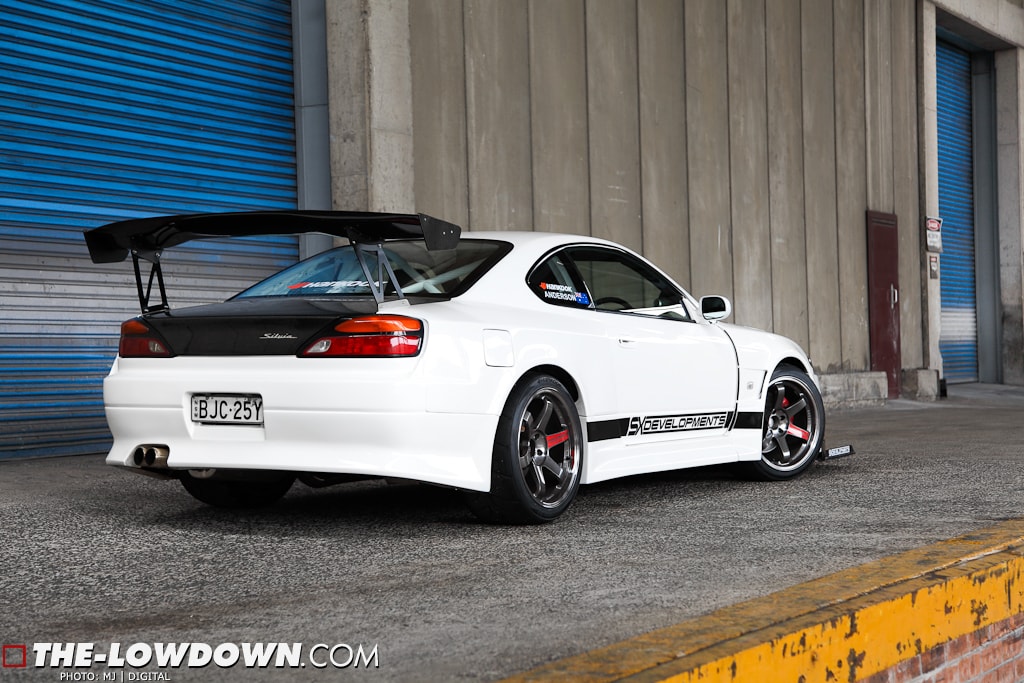 This S15 is James’ second, and his sixth performance car. “I’ve had this one for two and a half years. I second time around I wanted one that was modified to start with, and it took me seven months to find the right one.” 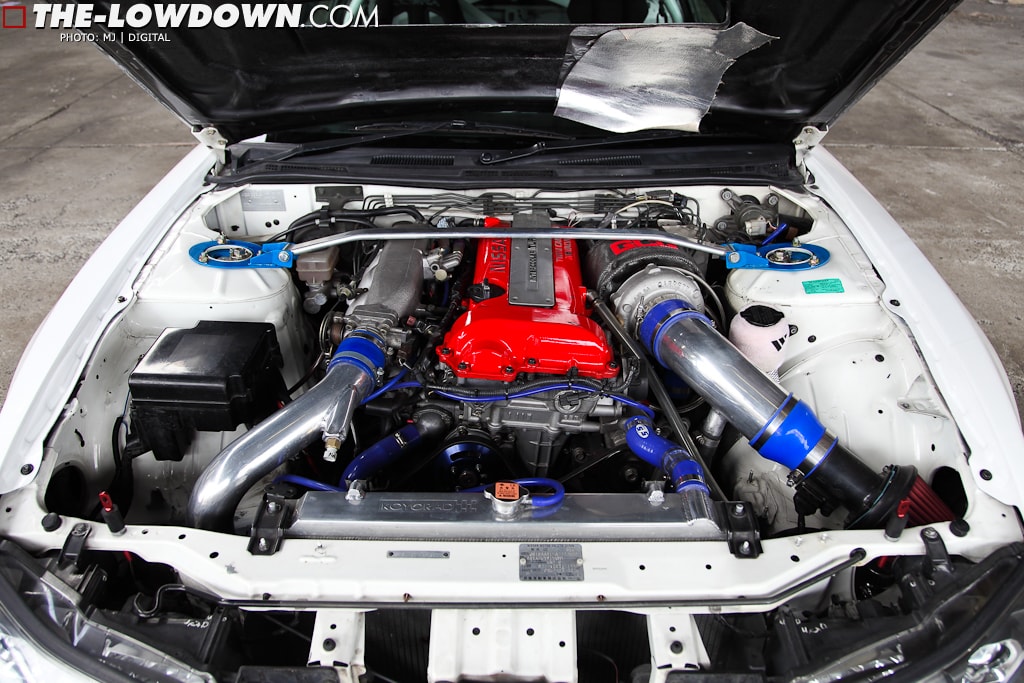 When James picked it up the SR was sporting a 2871R turbo, supporting mods and a mechanical diff. As you can see, it’s come a long way from there. “I put my Bilstein suspension from the first S15 into it, bought some track wheels and drove it like that for a while. Eventually I upgraded the track rims to a more aggressive set. That meant flaring the front guards which unfortunately left them damaged; before I knew it things had snowballed to a full widebody conversion!” 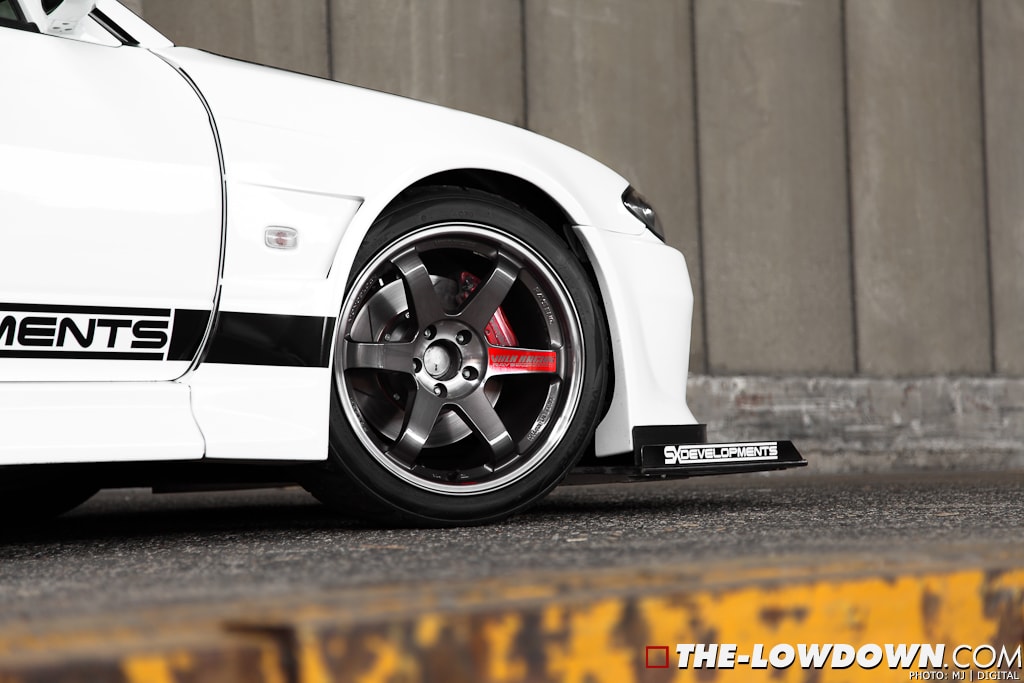 Pete at Bodyform was the master craftsman behind the perfect bodywork you see here. This was the only part of the car that James was not heavily involved in himself. “This is not a workshop built car. I have researched, bought, modified and fitted every part and alteration on this car myself with some help in areas I’m not an expert.” 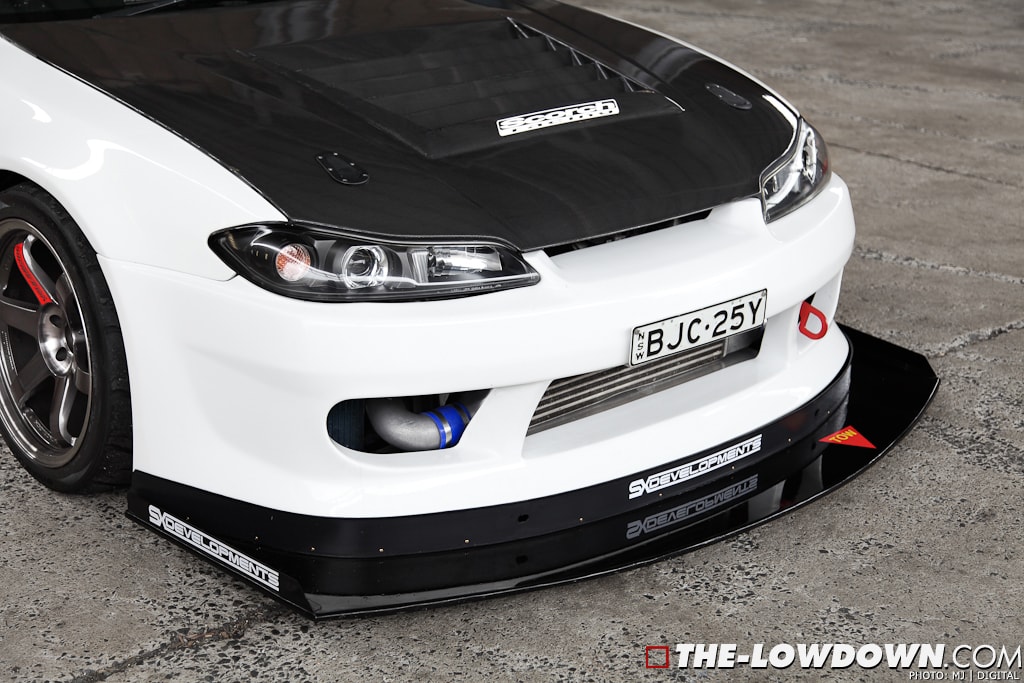 Underneath that gorgeous exterior is extensive chassis work carried out by James and his mates, the Sutton brothers. Every day after work and every weekend for three months were spent overhauling the Silvia. “The chassis was extensively modified to lighten and strengthen in key areas. Brad at Profabrications also added the CAMS approved half roll cage.” 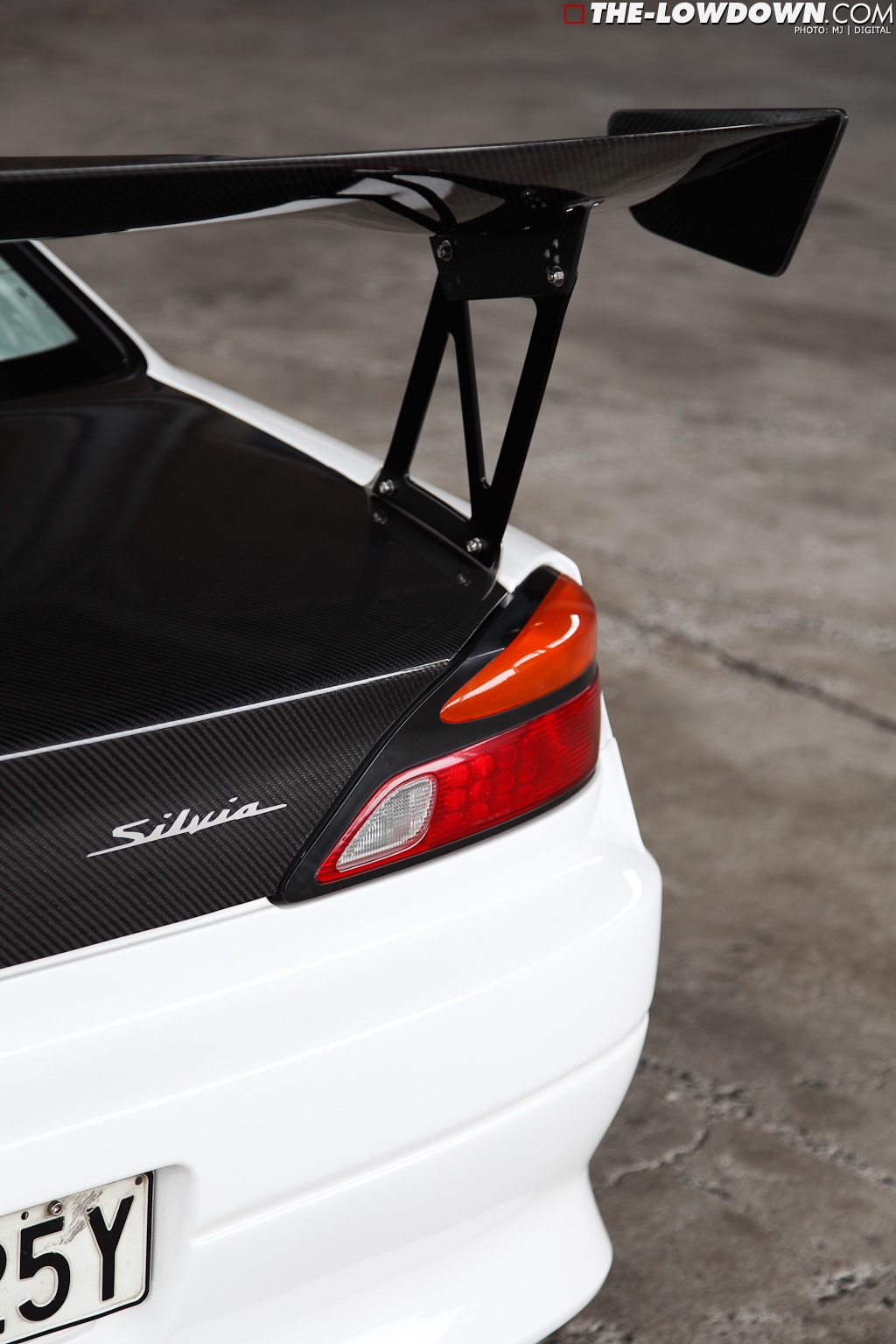 “By now the car was way behind schedule and well over budget, but it then went to another friend’s house for painting. James Snell and I spent the next two and a half months prepping the car every single weekend. Being a perfectionist I drove him up the wall sanding the car down with 800 grit for that perfect clear over base finish.” 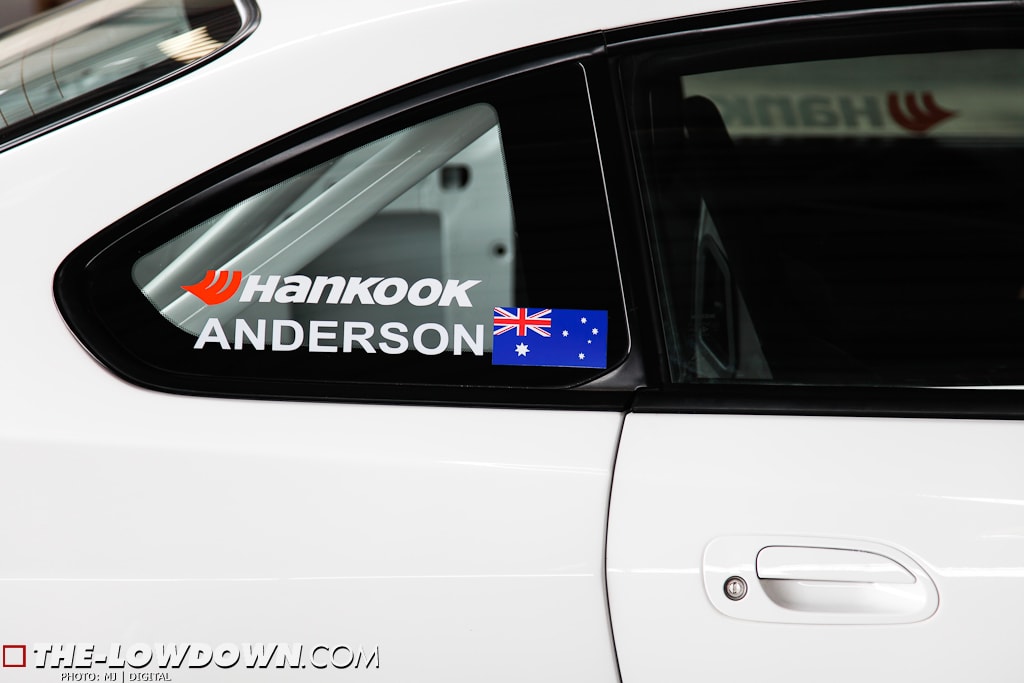 “The end finish was just as I had hoped. The white on the car is the purest commercially available and created some challenges. In the end the car needed six coats of colour and three coats of clear, but anyone who has seen it up close will attest to the quality of the job.” 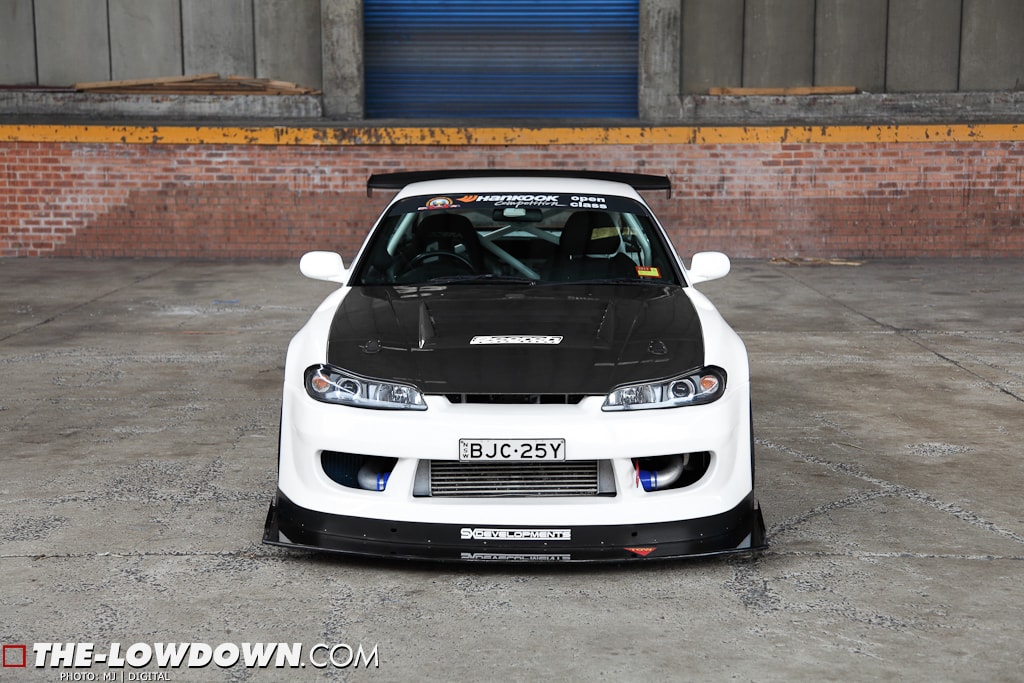 After letting the bank balance settle, James went back to the drawing board with Andrew from SX Developments to plan an engine package that would put his S15 on the map. “We decided to enter the World Time Attack Challenge and leverage all the chassis work and develop the car further. Every spare minute over the three months leading up to WTAC went into the car. Intense would be a gross understatement to describe it!” 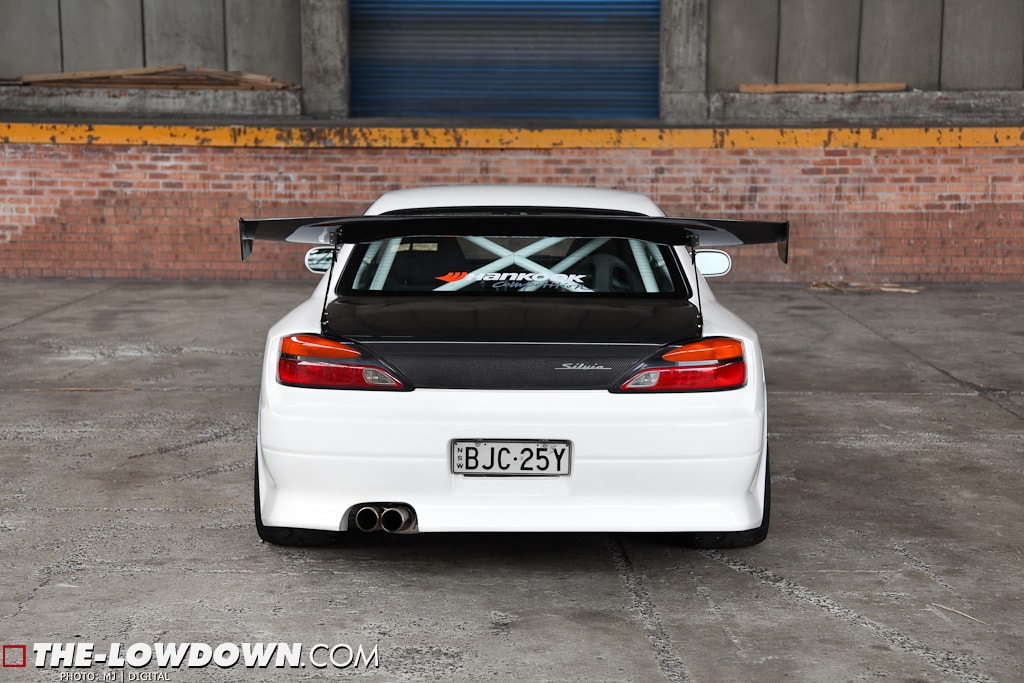 Suspension, aero and engine were all tackled by the team. The turbo selection was critical in order to maintain drivability on the street. The exhaust was made from scratch with no mufflers in sight. “We were aiming for 300-330rwkW on E85 with some decent boost. It wasn’t to be though.” 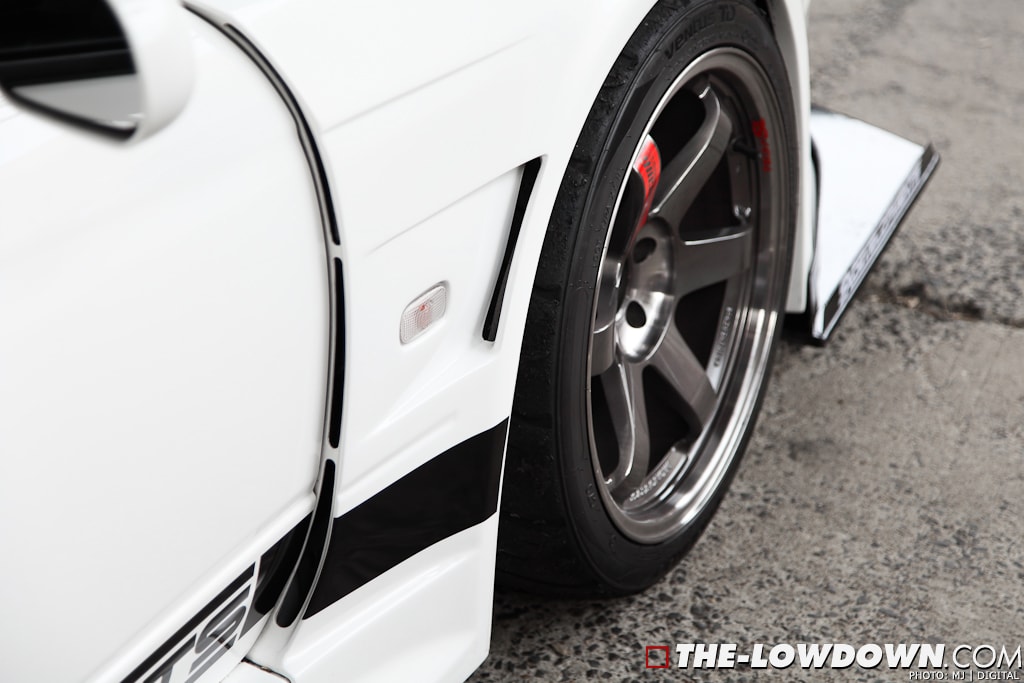 Sadly money and time left the E85 setup out of reach, so the car hit Eastern Creek with 265rwkW, “which we were a little disappointed with,” says James. Not to be discouraged James went out hard and clocked a 1:39.6s best lap. “The car is amazing to drive on the track; very predictable and balanced. WTAC 2011 was such a buzz, our only criticism was the power. We are already entered into competition for 2012 and work is underway to be at our best.” 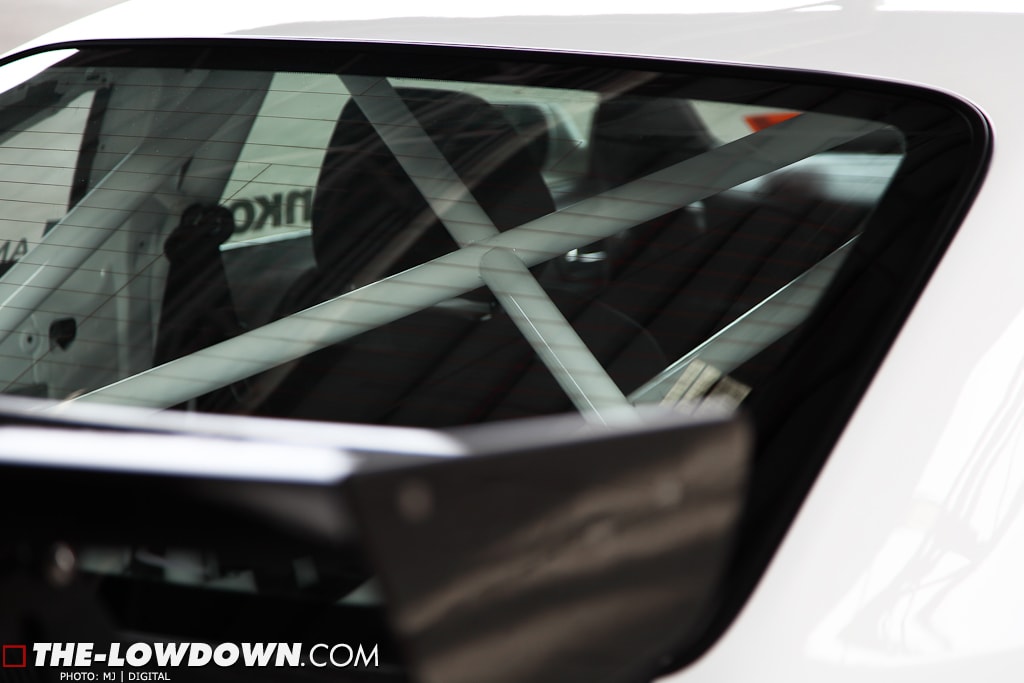 Since our shoot James has pulled the engine out of the car and is slaving away on the front end, seam welding, lightening and bracing in anticipation of the new engine. 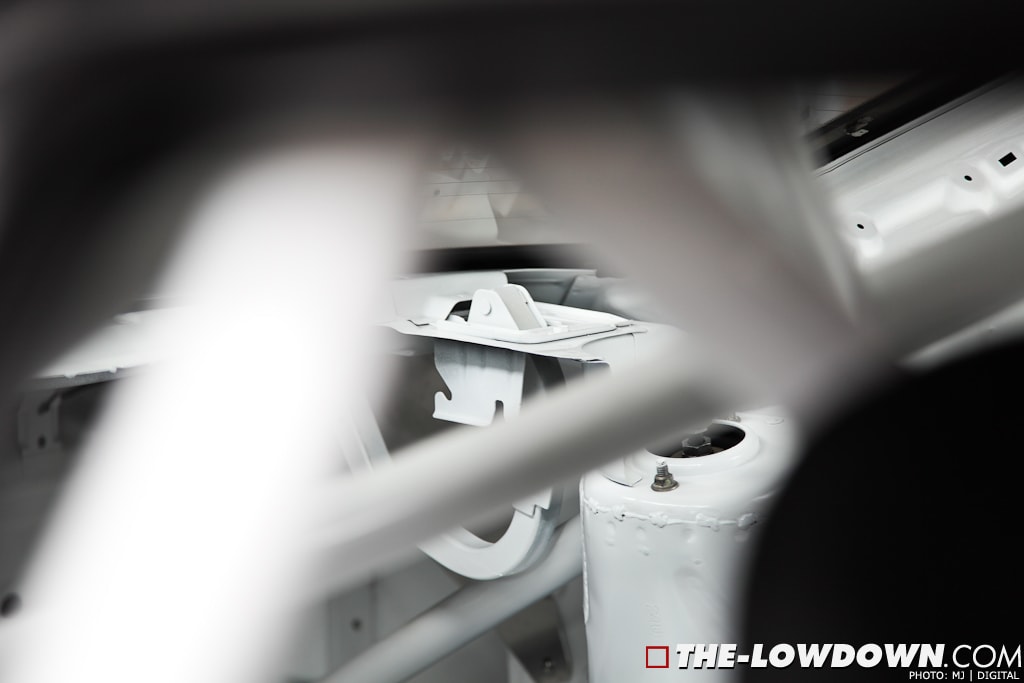 As you can tell from the signage on these two Silvias, SX Developments have played a big part in getting them to where they are now. We thought it worthwhile having a chat to Andrew, the head honcho at SXD. 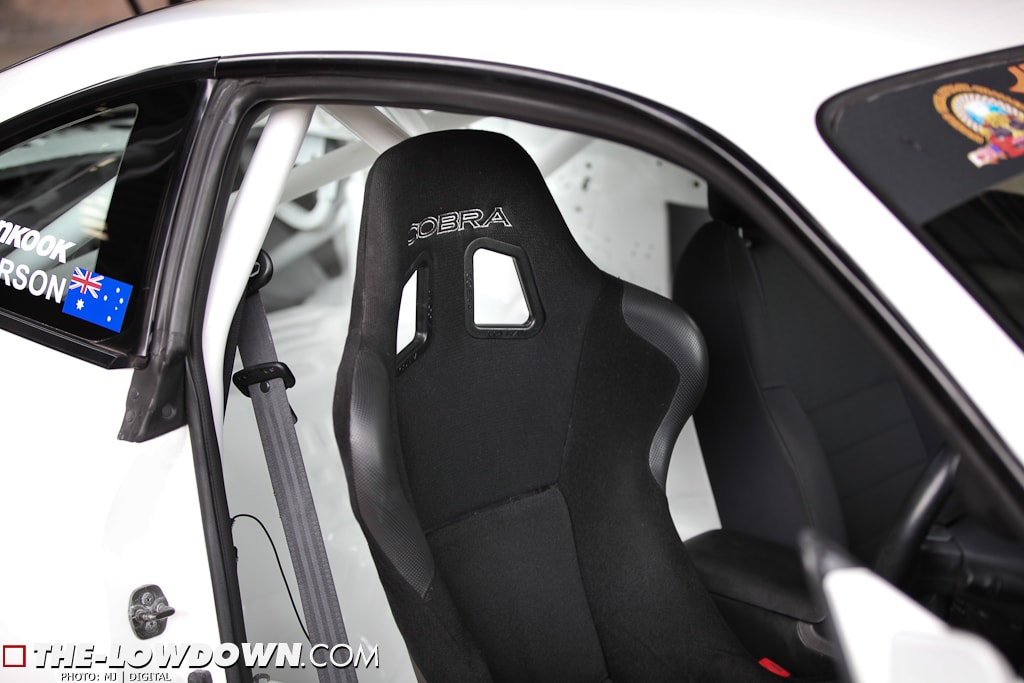 “I’d been working on Silvias for years and built up a fair bit of motorsport experience and knowledge on how to get them to go fast and be reliable. When James started talking about entering WTAC we decided it was a good time to build up the brand.” 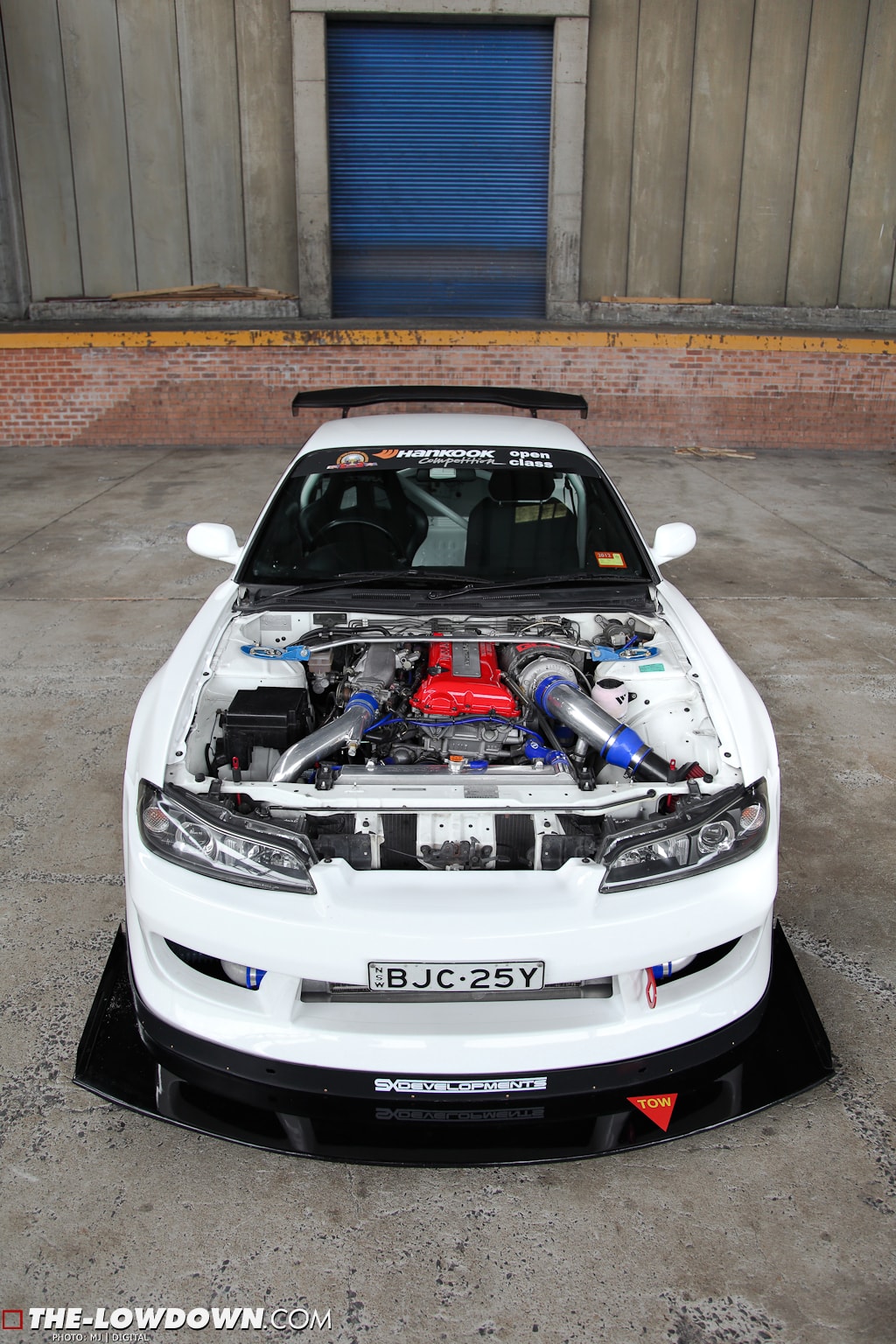 “Rather than a normal workshop, SX Developments is more of a race team. The idea is to be able to work on interesting custom projects, and put as much time as possible into race-car development.” 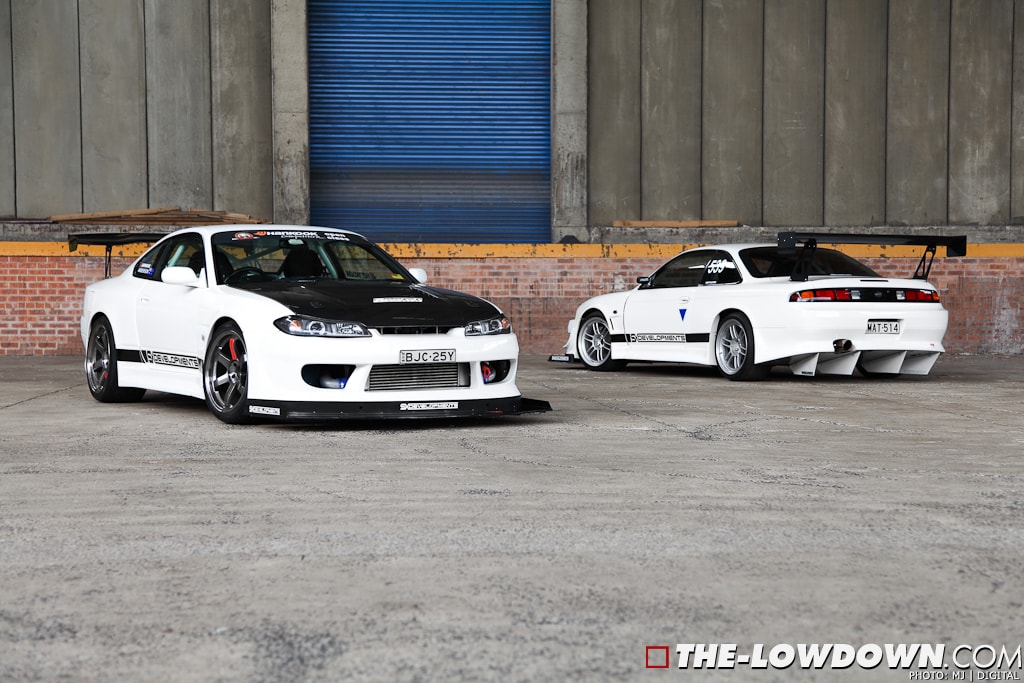 “Both of these cars have similar goals, which is to be as fast as possible around a race track while still being drivable on the street and looking good! The wing mounts and front splitter are designed to be quick and easy to remove, without being excessively heavy or compromising functionality. The idea is that with a change of tyres and those parts bolted on, the cars go from relatively streetable to serious race-car with minimum hassle.” 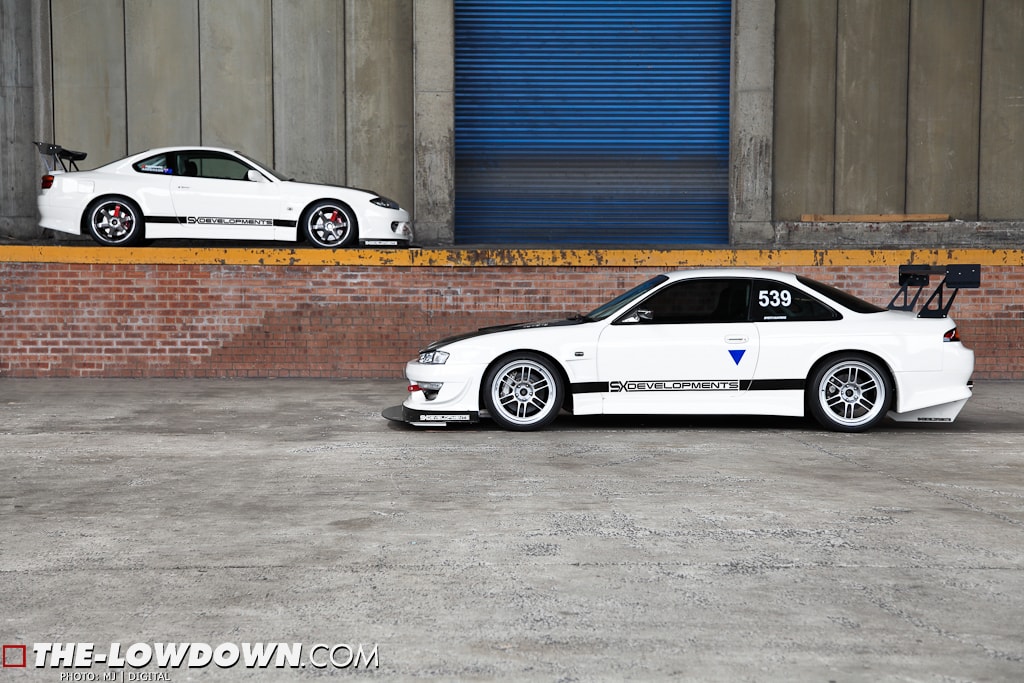 Everything done by SX Developments is carefully planned. A lot of time is spent thinking about and re-tweaking the designs before anything is built. “Matt and James are very fast drivers, and it’s really only by chance that they both ended up building white, widebody Silvias – but I’m glad they did!”

Sadly the team’s on board equipment didn’t capture their quickest lap of 1:39.6 in the S15 at WTAC 2011, but here’s their second quickest with full data overlay for your enjoyment!

Matt would like to thank his wife Michele, Andrew from SX Developments, Eugene at JDM Detailing, John Penlington from Unique Autosport, Yauvulz from Unigroup Engineering, Chris Manning from Sandgate Autos, Greg Boyle from Autosport Engineering, the Nissan Sports Car Club and all the friends who helped along the way.