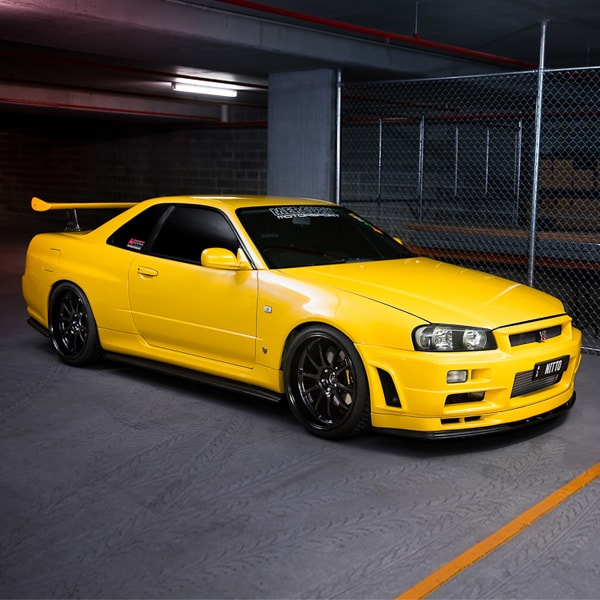 Trolling online is a sport these days, and it seems anyone can play. All you need is excess self-importance, an argumentative streak and an internet connection. Instantly you’ll know better than everyone else and want the world to hear about it. Calling people out and inciting violence will be your objectives, and no rational thought will be worth listening to. Wading through this mind-numbing trash has become a tiresome burden for the rest of us, and I wish cars like NITTO would show up more often. Cars that silence the detractors. Naysayers were up in arms about this Skyline when the power numbers were revealed; but when the lights dropped, the backtalk stopped. Mercury’s R34 GT-R is the real deal. It’s everything claimed and then some. 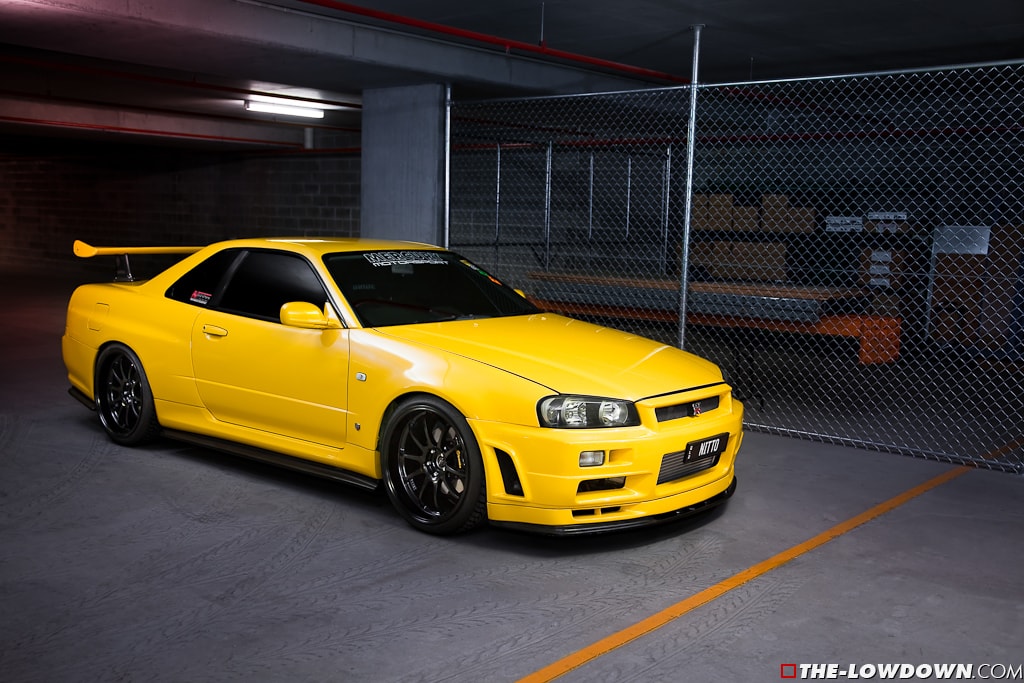 Every R34 GT-R attracts attention, but when they’re bright yellow and idle like a rotary you’re guaranteed to have eyes on you wherever you go. NITTO was an ambassador for Mercury Motorsport long before workshop owners Trent and Tessa bought the car. One of their customers owned it and started the upgrades, but development never stopped. 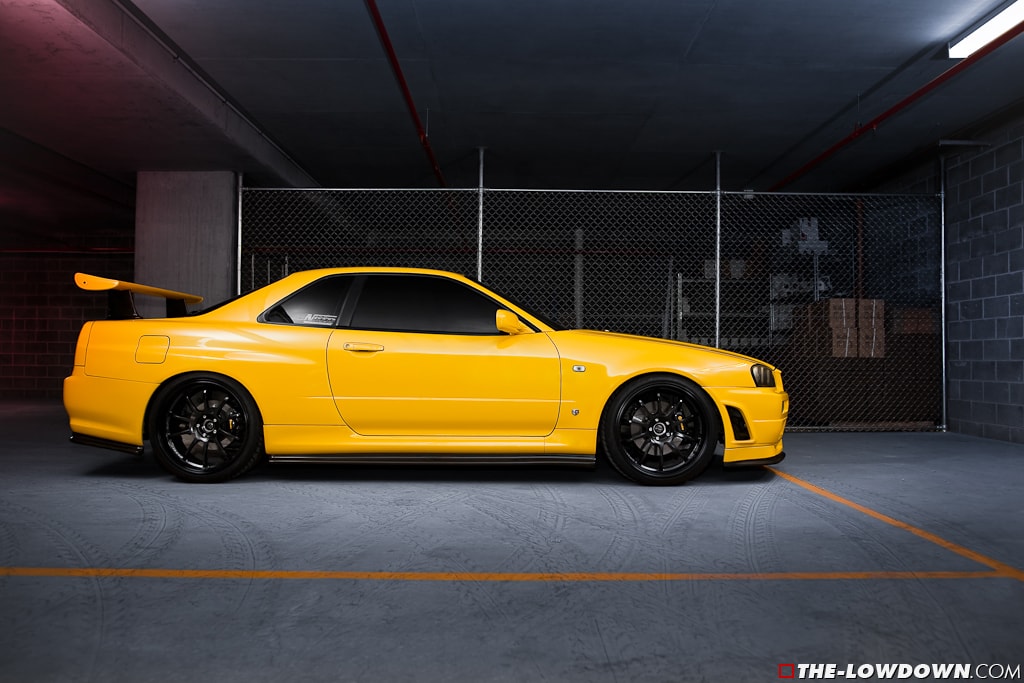 When the car changed hands back in 2009, it was already equipped with a list of upgrades to satisfy even the most scrupulous RB fan. “At the time it had a Tomei 2.8 stroker in it with a T04Z,” tells Tessa. Serious kit, squarely in the upper echelon of performance as far as street-driven GT-Rs go, but it turned out to be just the starting point. “We upgraded the turbo to a GT45R and soon enough it had 940hp at all four wheels.” 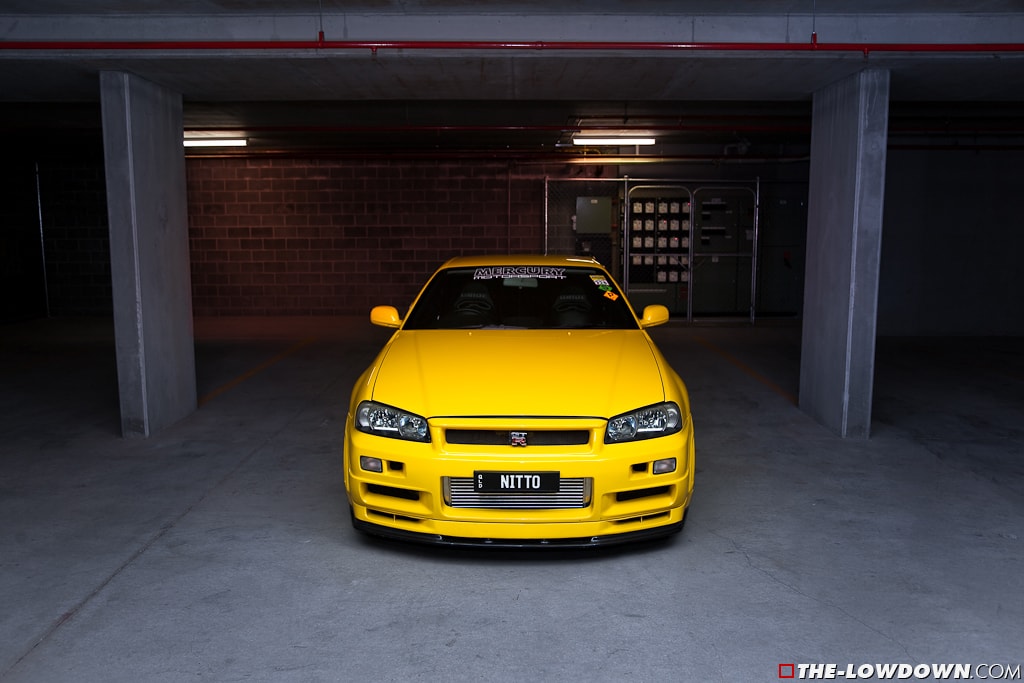 Mercury aren’t the kind of crew who get left behind; with that done Trent and Tessa were onto the next stage. Tessa says, “Nitto Performance Engineering came on board. We put a Nitto 2.7 stroker engine in, teaming it with a larger GT47R turbo and producing nearly 1100hp at the wheels!” 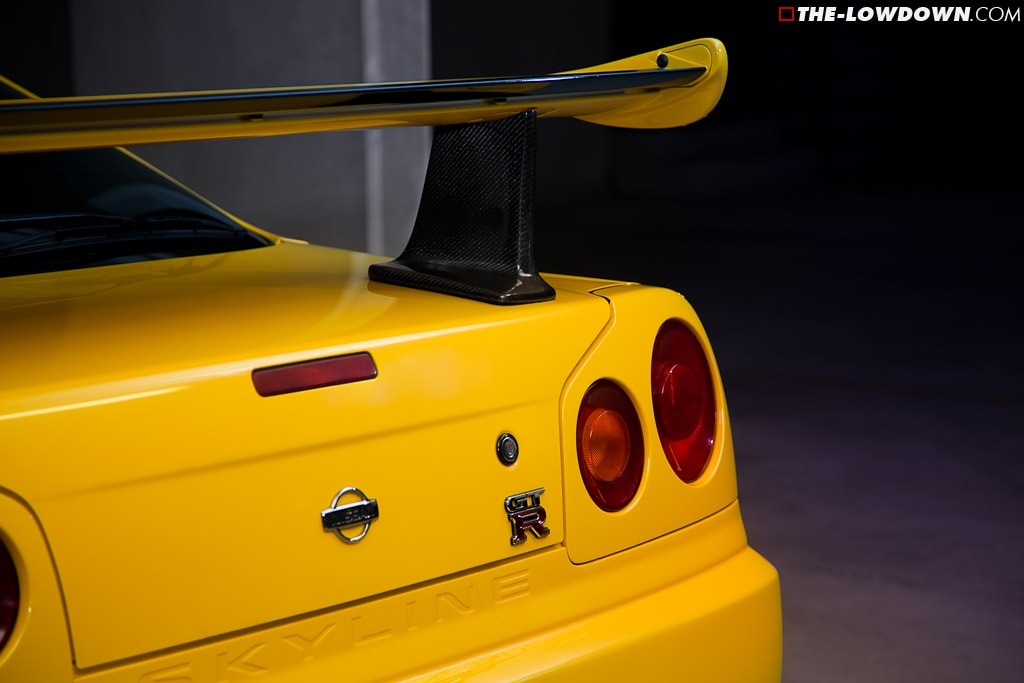 “After that we decided to make the GT-R more street worthy,” says Tess. “It was used for extensive R&D for our business, trialling various turbo/wastegate/manifold combinations with a standard RB26DETT bottom end. We ended up netting 850hp at all four on E85 fuel.” 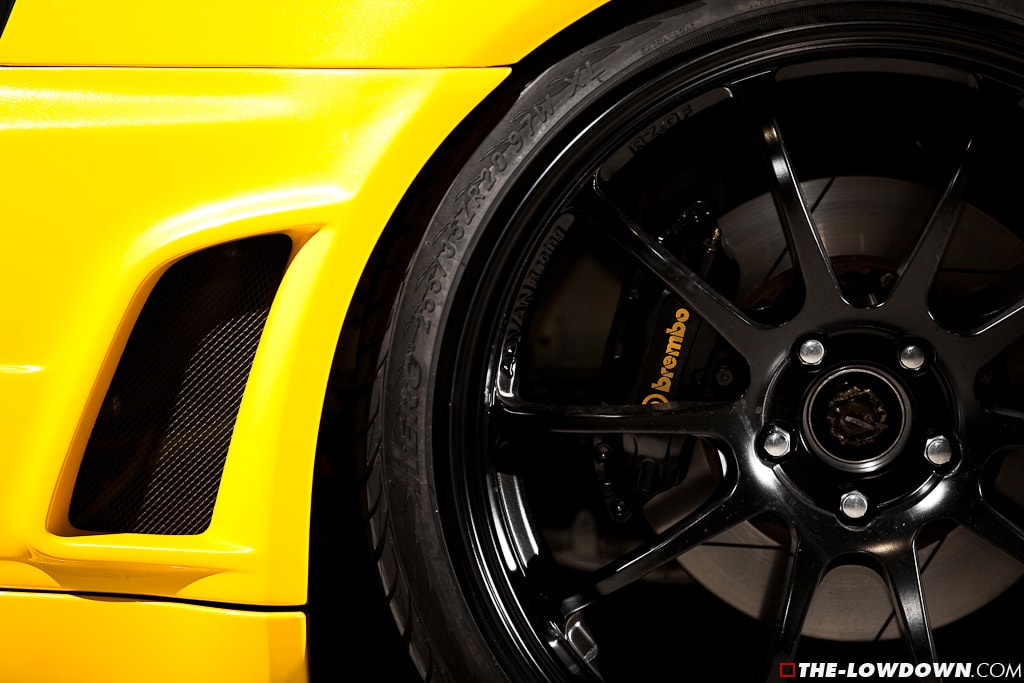 “It was running this setup for around six months until the standard oil pump let go, which was a pity. We knew that something was going to give up internally sooner or later under that much pressure (43psi), so on the side we were building up the monster engine that’s in it today,” Tess explains. 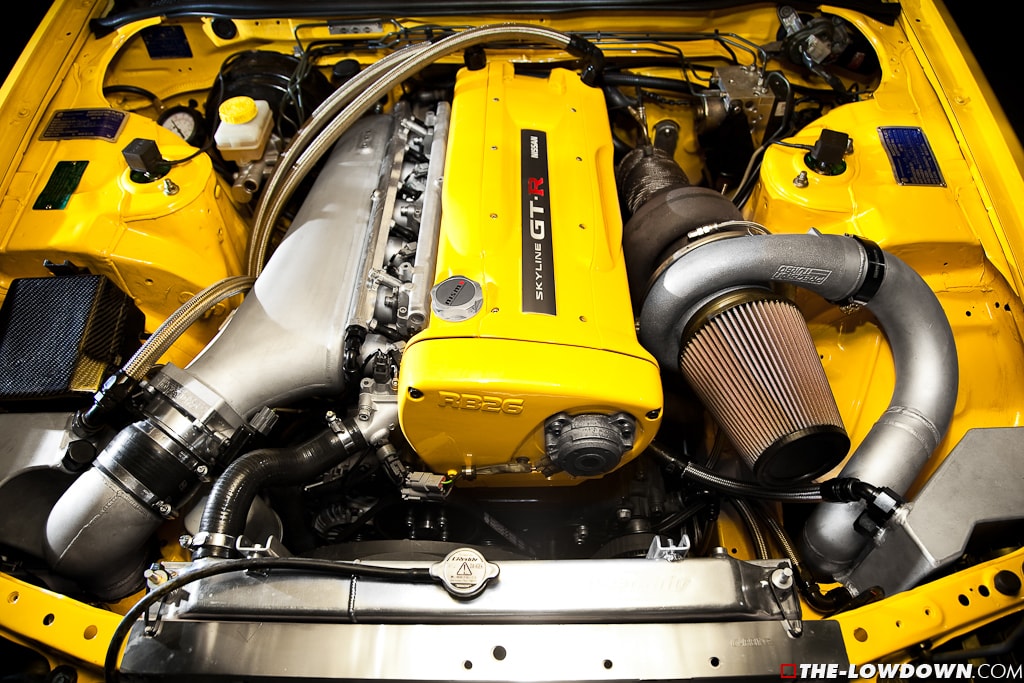 ‘Monster’ is a term bandied about recklessly these days, but it’s the only appropriate word in this case. NITTO’s engine bay is more pumped up than Arnie in his prime. Starting at the bottom, a Nitto 3.2 stroker kit is housed in a modified RB30 block. On top of that is an overhauled RB26 head with new springs, valves, retainers and custom camshafts. 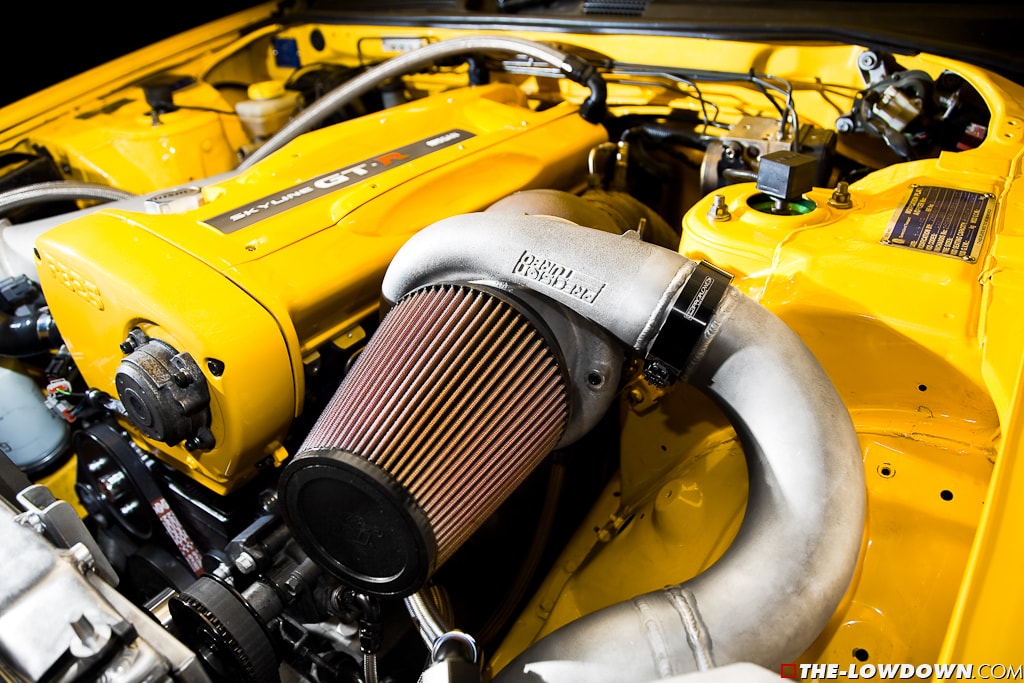 Both sides of the RB feature elite Australian-made components. There’s a 6Boost exhaust manifold, Hypertune intake plenum and fuel rail, Turbosmart wastegate, and Haltech engine management for starters, not to mention all of Mercury’s own custom work. The initial tune on 30psi made 900awhp, but it’s gone on to bigger things since then. At the recent Downshift dyno day, NITTO took out overall honours with a monumental 1072.8hp at all four wheels. That’s without nitrous, which Tessa says still hasn’t been setup since the car doesn’t actually need it. 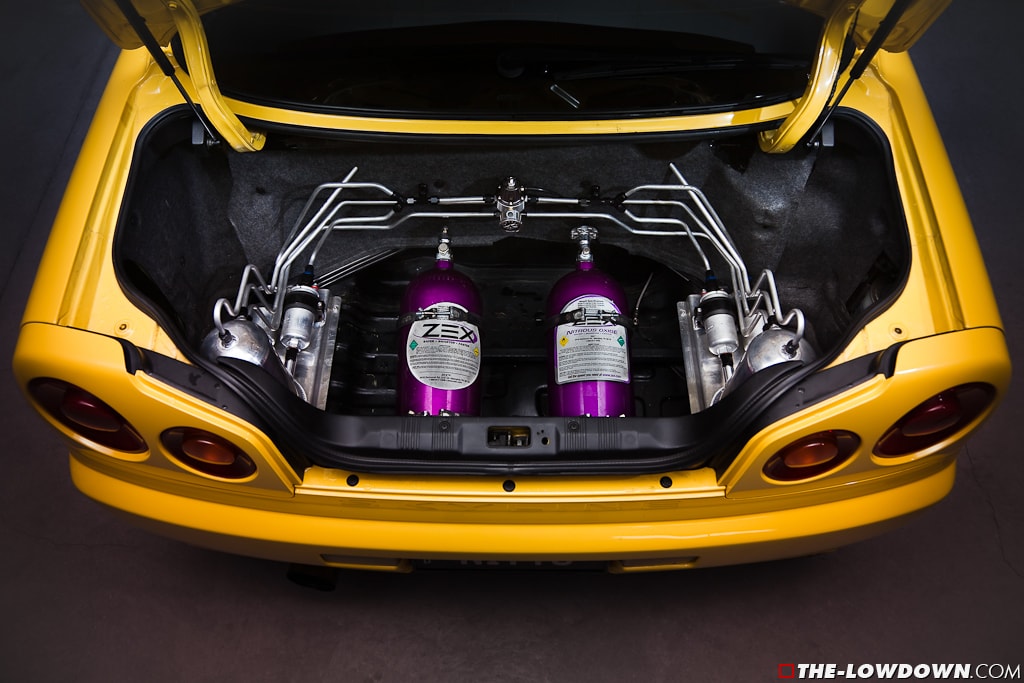 Social media went bananas over this, with skeptics crying foul about the figure. Luckily, NITTO is far more than a mere show pony or dyno queen, it’s a car that’s driven hard, on the track, on a regular basis. Instead of running their mouths, Trent and Tessa put the car on the line and let the numbers do the talking. Back-to-back sub 10-second passes left no room for argument. A best of 9.6@160mph in full street trim proves that this GT-R is exactly what the cynics said it wasn’t. 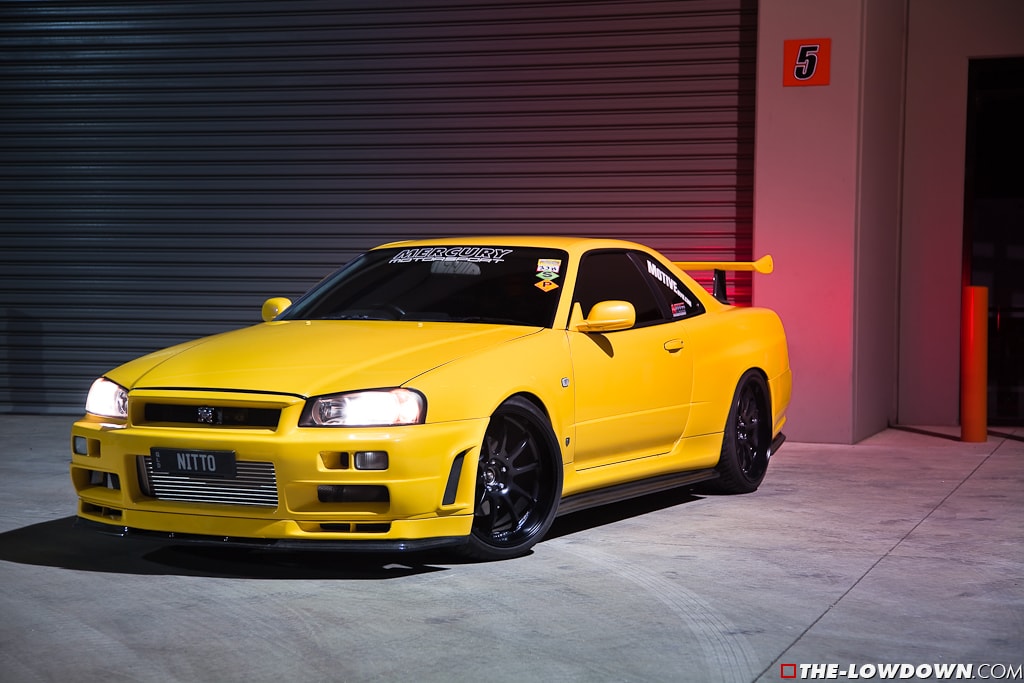 “I love driving it, I love the paint, I love the rims and I love the interior,” says Tess. But her favourite part? “The sound of it on idle! So lumpy! I also love the attention to detail with the build, it’s a real credit to our technicians. The sequential is just magic to operate, too. There is nothing I would change actually! We have achieved everything we wanted to achieve with the build, both looks & performance.” 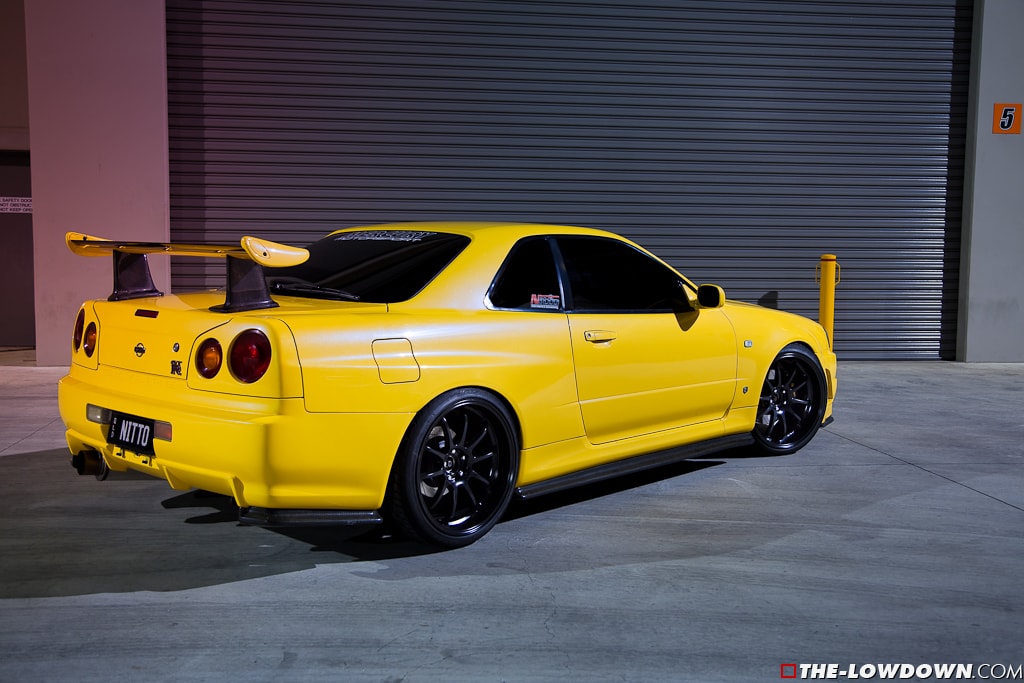 “It has a lot of torque for an RB due to the 3.2 bottom end, and it’s surprisingly responsive. From down low in the rev range right up to redline it’s an absolute handful under boost – throws you back hard into the seat! Such an adrenaline rush.” As much as Tess loves getting out to the circuit for a blast, there’s one other way she enjoys the car. “It’s still street registered so we also take it out on drives, just Trent and myself.” Exactly the way it should be; away from the hype, away from the critics, just a GT-R and the open road.