One day I’d like to put up a poll and ask our followers, ‘Where did your enthusiasm for cars come from?’ I bet we’d see a huge percentage of people respond saying from a young age their father was the most significant influence. So many of us grew up riding in dad’s project car or working on our own car using the old man’s tools. Terry is that kind of father, but instead of passing the baton to his son they’re both living the dream at the same time, each with an R34 GT-R to their name. In fact Terry has owned an R33 and three R34 GT-Rs, but this extremely rare GT-R N1 is his best yet. 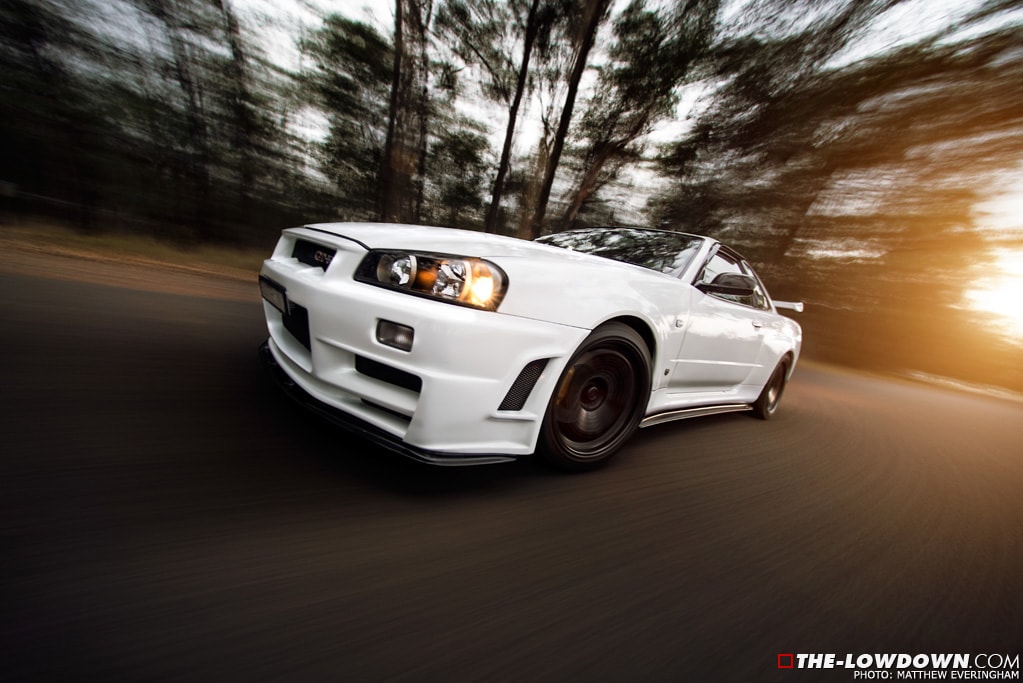 It would be hard to find someone more passionate about GT-Rs than 63-year-old Terry. He has an adoration and respect for the marque that you can’t help but admire. His V-Spec N1 is a rolling masterpiece, and one of just 45 ever made. It’s insured valued is over $110,000. “It’s the best bang for buck GT-R that has ever come off a Nissan assembly line,” Terry says. You’ll find him at any Skyline’s Australia event in NSW, a club he’s heavily involved with. In fact he thanks the club for helping him to find both this and his son’s GT-R. 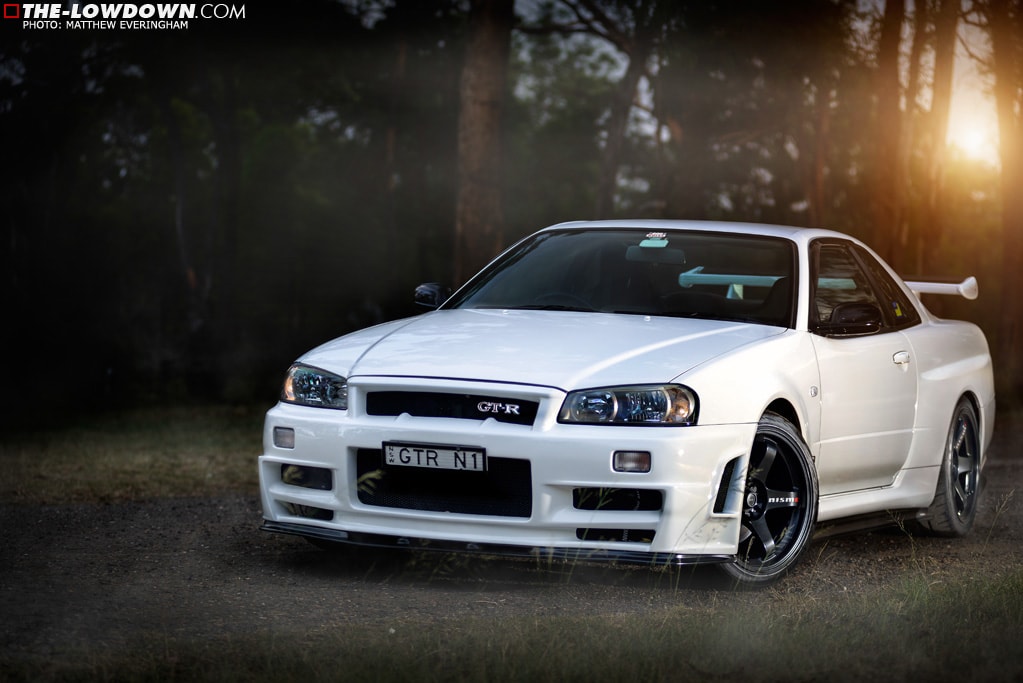 “I look at other people my age and think, ‘Why on earth do they persist in focussing on comfort? Why do they want to listen to ICE rather than the sound of the engine? How come they brake at corners and lurch into them rather than use gears, take the right line and drive through them?” 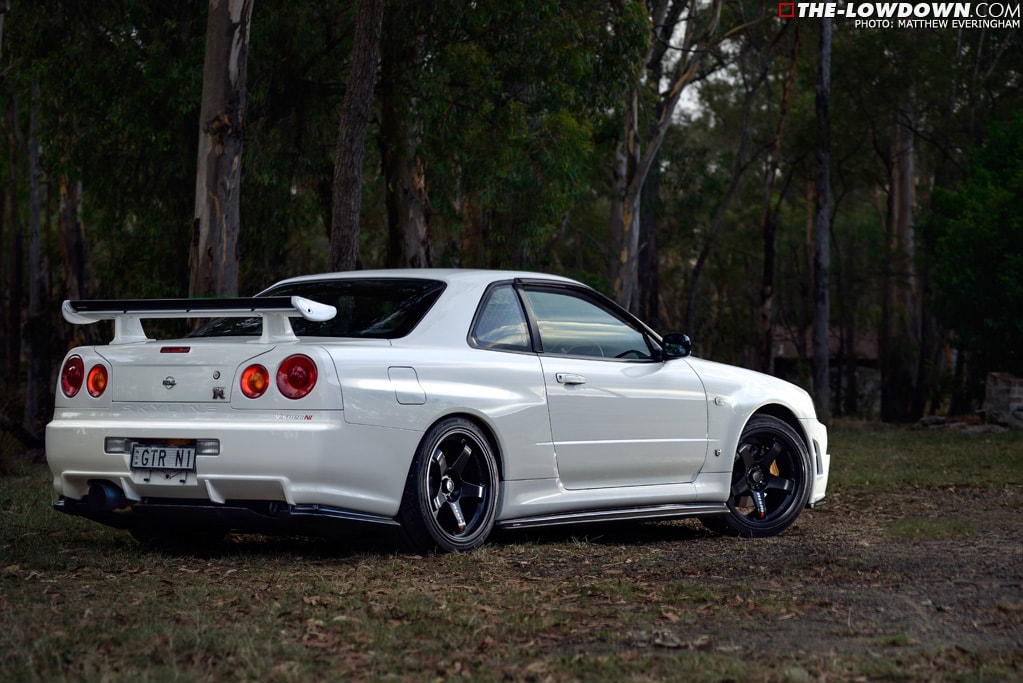 All N1s came in white, with no stereo and a bare-bones race approach from the dealership. Despite it’s uniqueness, Terry has given in to a handful of mods, albeit each one very well thought out and respectful to the car. In his own words, “As only six R34 GT-R N1s are in Oz, the value of this type of car will continue to be enhanced by its rarity, but it can also be butchered by heavy modifications.” 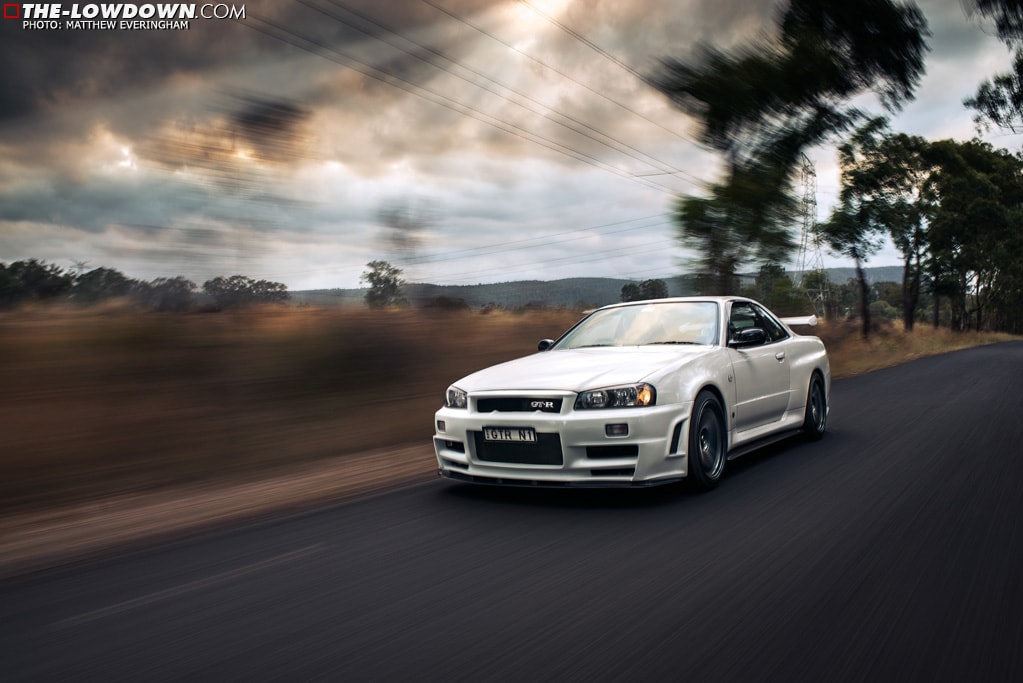 Accordingly, all upgrades for the N1 have to meet one of two criteria: either be manufactured by Nismo, and/or reduce weight – which is what the N1 was all about in the first place. “Even the Nismo floormats weigh much less than those from a standard GT-R. I can’t do too much to the internals without devaluing it, so my intentions are to improve power to weight and have a GT-R that is more chuckable around corners, and even more stable through the sweepers.” 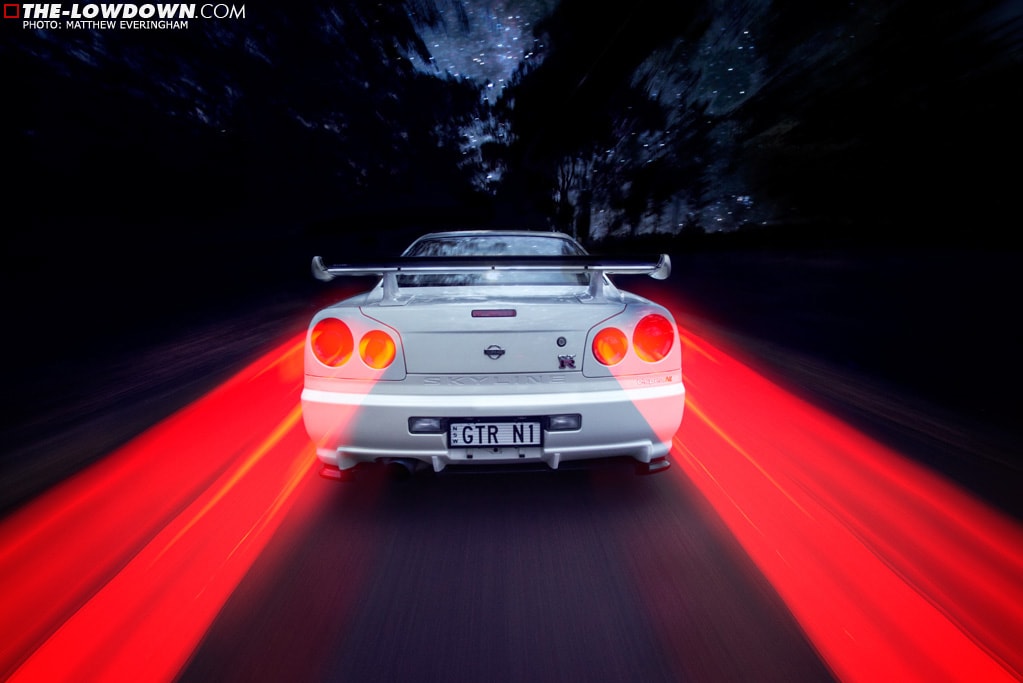 A recent ECU change and re-tune left Terry with a stout 319awkW. He is now going through the motions of importing a carbon-fibre tailshaft, possibly a Torqlite just like his son’s car. “I’ve thought seriously about getting my hands on a Z-Tune one day,” he says. “Deep down, though, I’m perfectly happy with this N1.”

Thanks to SpeedNation for the images.