If you know anything of Andrew Hawkins and his S14 200SX, you will understand why we think of it as a cat with nine lives.  JET200 has faced more than its fair share of hurdles during the nine years of Andrew’s ownership, but despite the challenges that have presented themselves, it has always come out on top. 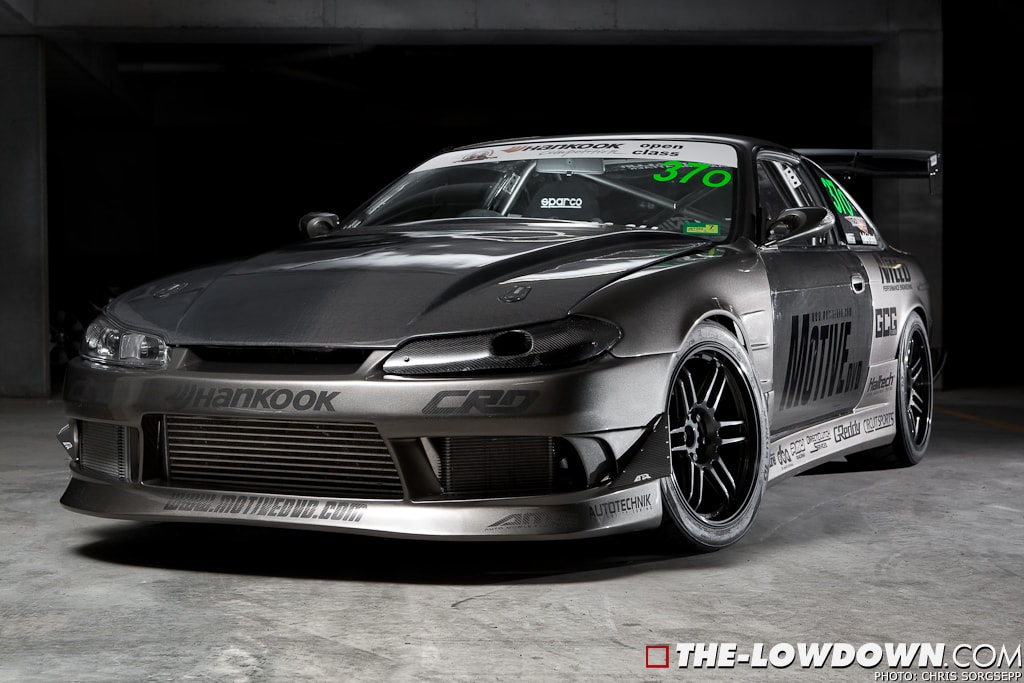 JET200 got its first new lease on life back in 2003 when Andrew was living in Perth. It was an almost totally standard S14, with rough bodywork on the outside but a dead straight chassis and perfect mechanicals underneath. “Literally the day we got it we were doing things to it,” starts Andrew.  After six months cruising it on the Western Australian streets, Andrew upped and moved to Queensland with the S14 in tow. 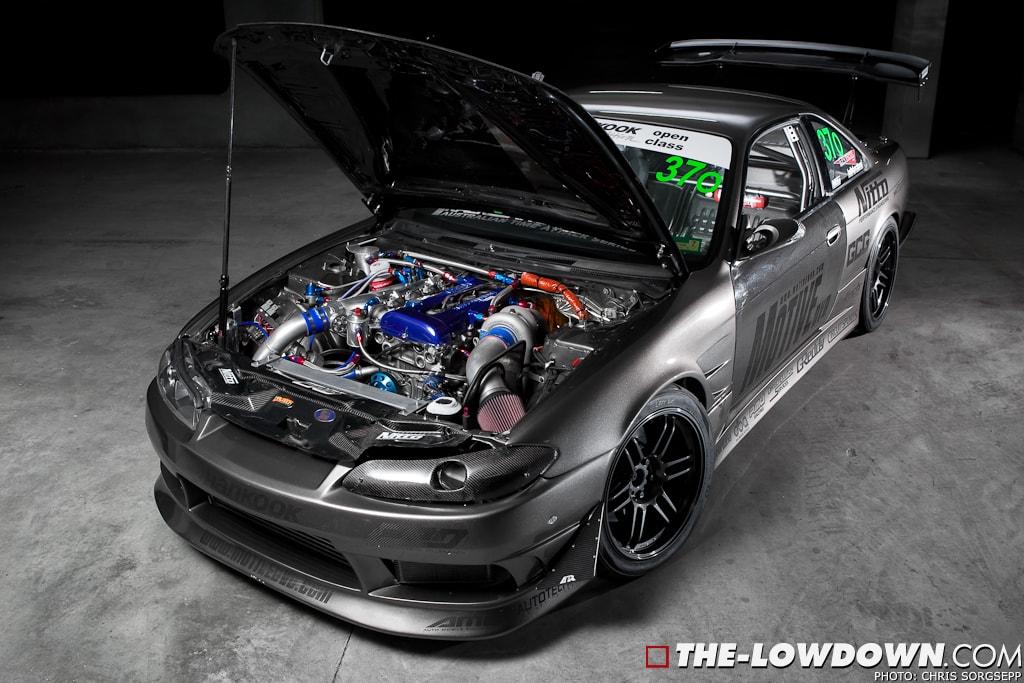 “When we got to Queensland it went through another freshen up and made 300hp with 20psi through an unopened motor,” Andrew recalls. “I thrashed the car with this setup,” he smiles.  Then around the end of 2005 he moved to Sydney. The car stayed in Queensland and Millennium motorsports took control of a total rebuild. “We went with a TD06 turbo kit and everything else that goes with that. It was the proper second stage for JET200,” says Andrew. “I wanted a tough street car with a big motor that could do everything, but also one that could be taken to shows.” The whole process took about a year, but there was more to come. 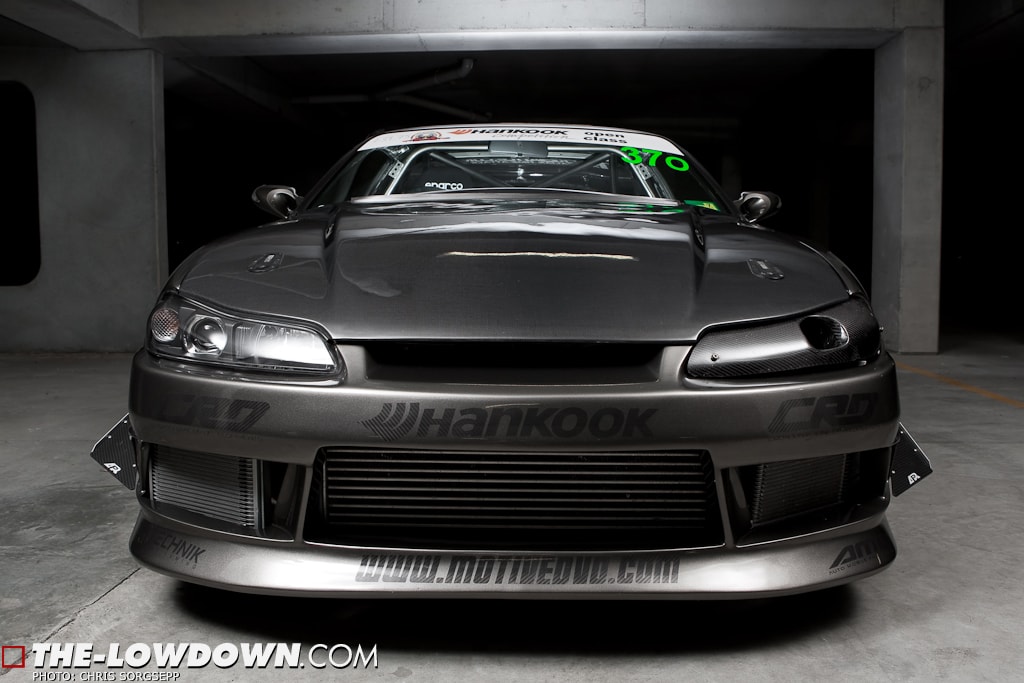 “In December 2007 we broke the oil pump and busted the motor,” says Andrew. “We had been turning it to almost 9000rpm and using the standard oil pump, so it was only a matter of time.” JET200 was down, and all but dead. “The motor came out straight away,” Andrew tells. “I just wanted it back on the road as it was, but the usual story followed. I decided to wait because of some new Nitto stroker kits coming in, and from there it was a downwards spiral!” While waiting for each piece of the new motor build puzzle to arrive, Andrew set about stripping the car down. “I wanted to trim bits of the interior, so I pulled it all apart. Before I knew what was happening I had a totally bare S14 shell sitting in my backyard,” Andrew laughs. “I looked at it and freaked out a bit.” 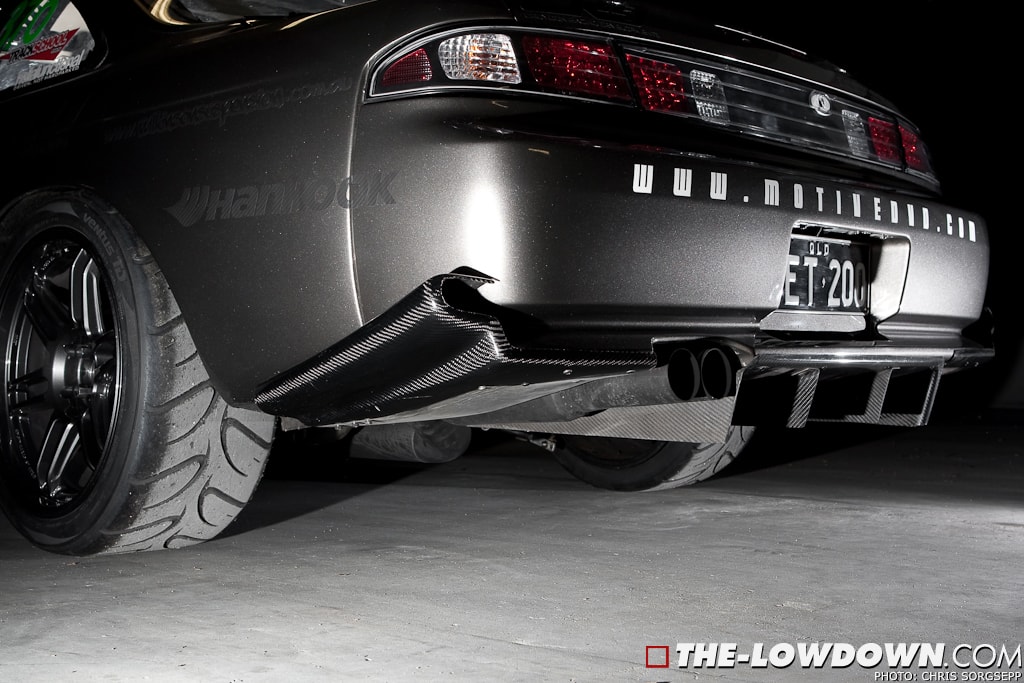 Now that the motor was set to become a no-holds-barred powerhouse, it was going to be a while before JET200 would drive again. The motor was coming along at the workshop, but the direction for the new build was still up for grabs. “About this time I was involved with the first couple of Superlap events,” says Andrew. “That got me motivated to build the Silvia for time attack.”  Since JET200 was already a bare shell it was easy for that idea to take over. “The car literally had nothing in it. No lines or wiring or anything,” says Andrew. 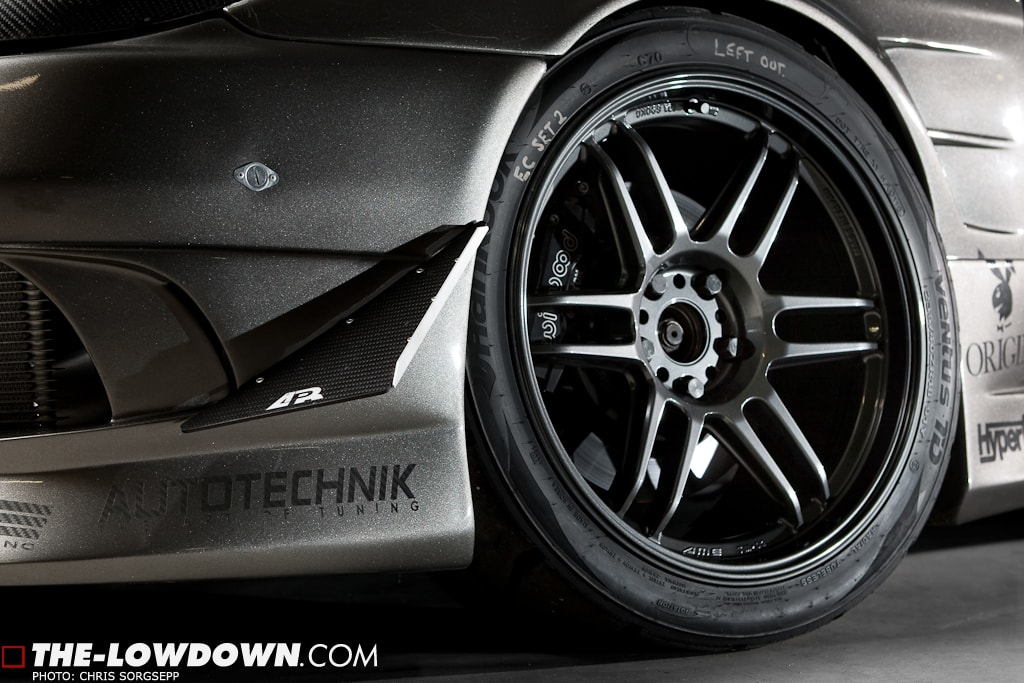 The next big event on the calendar was the 2010 World Time Attack Challenge. With time attack being the big inspiration for the build, Andrew desperately wanted to have the car ready by then. “We came pretty close to having it done, but not quite.” It wasn’t to be. “The next best thing was to have it running by my 30th birthday,” says Andrew. “That was a big thing for me.” Some late nights were spent down at Haltech helping to get the final wiring done. Then on the day of Andrew’s 30th, JET200 turned key for the first time in three years. 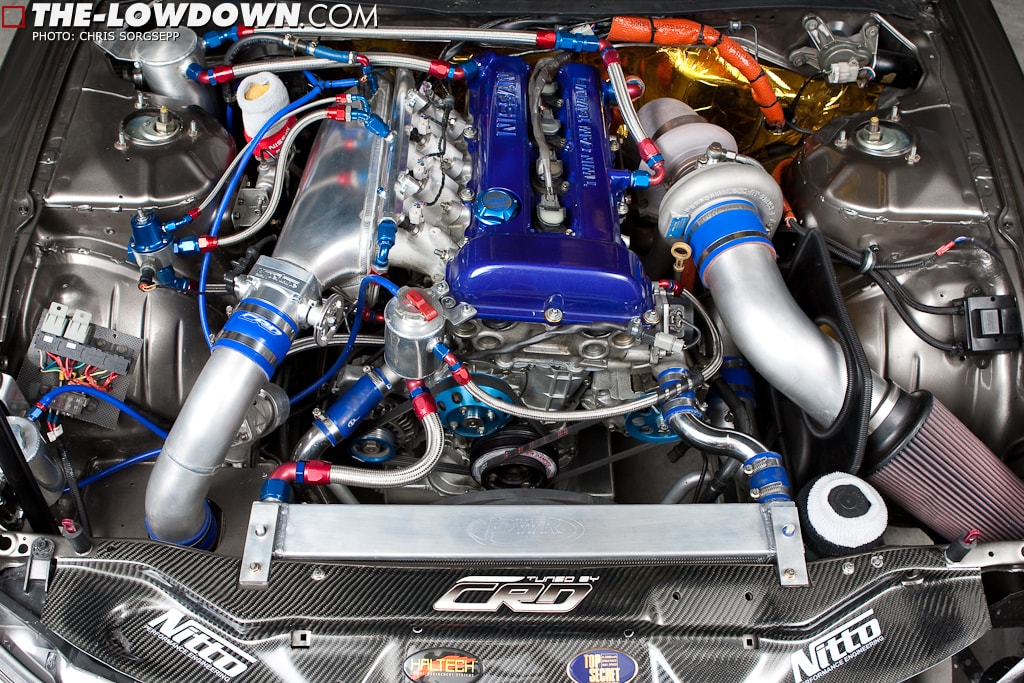 “It was a rush after that to get the car ready for the 2011 World Time Attack Challenge,” says Andrew. In actual fact, Andrew’s Silvia only had one shakedown session at Wakefield Park before being let loose on Eastern Creek for WTAC. “It was largely untested, but I still wanted to see it lap sub 1:40s,” explains Andrew. To give JET200 every chance at hitting that target, Andrew put John Boston behind the wheel who lapped Eastern Creek in 1:39.75s – a very quick time. 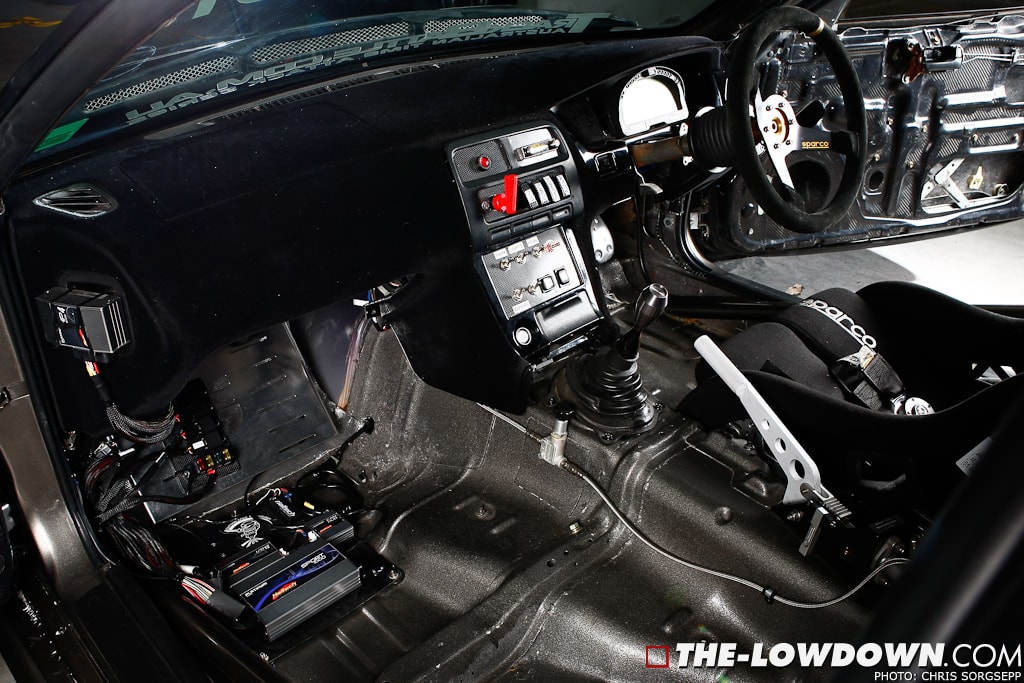 The car has three boost settings; 18psi nets 320rwkW, 21psi makes 350rwkW at the circuit all day, and 23psi is there if you need 365rwkW.  The real spice in Andrew’s SR20 combination comes from the power-band. “The torque is crazy. It makes peak torque and over 300kW from just above 5000rpm all the way through to almost 9000 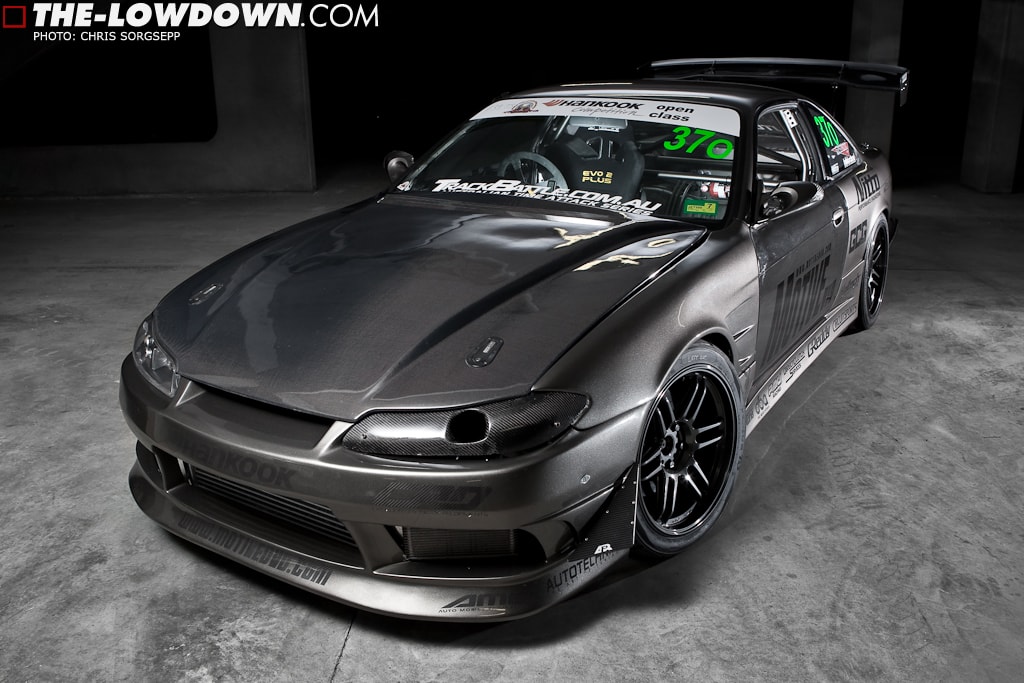 Putting JET200 through its paces at Eastern Creek revealed a few areas where improvements can be made. “We need to sort out oil issues,” explains Andrew. “Through the corners the car pulls forces over 1.4g, so we have to dry sump it. The next stage will also include a dog box and some real aero on the front.” You might’ve thought that this was it for Andrew’s Silvia, but we don’t think developments will ever let up. “My goal is to go closer to the mid-30s, but it has to be fast and reliable.” If history is anything to go by, JET200 still has a few more lives left to live.