The Mitsubishi Lancer Evolution, or EVO, is a motorsport icon with a deep-seated legacy of rally performance and blowing enthusiasts’ minds.

In the 1980s, Mitsubishi was driven to establish itself as an automotive powerhouse and decided to dive into the world of rally. At the time, Mitsubishi was preparing to compete in Group B races with the Starion. Sadly, the demise of Group B in 1987 meant that Mitsubishi was ready for a race that no longer existed. Nevertheless, Mitsubishi persevered and the Starion’s drivetrain was transferred over to the Galant, which performed rather well in the late ‘80s and early ‘90s.

As the years went by, Group A courses became tighter and demanded manufacturers to shift to a smaller form-factor. Ford replaced the Sierra with the Escort, Subaru’s Legacy was succeeded by the Impreza, Toyota’s Celica was followed by the Corolla, and the Galant moved aside to give way to the Lancer Evolution – Mitsubishi’s project car.

The focus of this feature is Francis’ striking EVO X – an intricate build that exudes menacing confidence with its aggressive stance and unequivocally stealthy aesthetics. 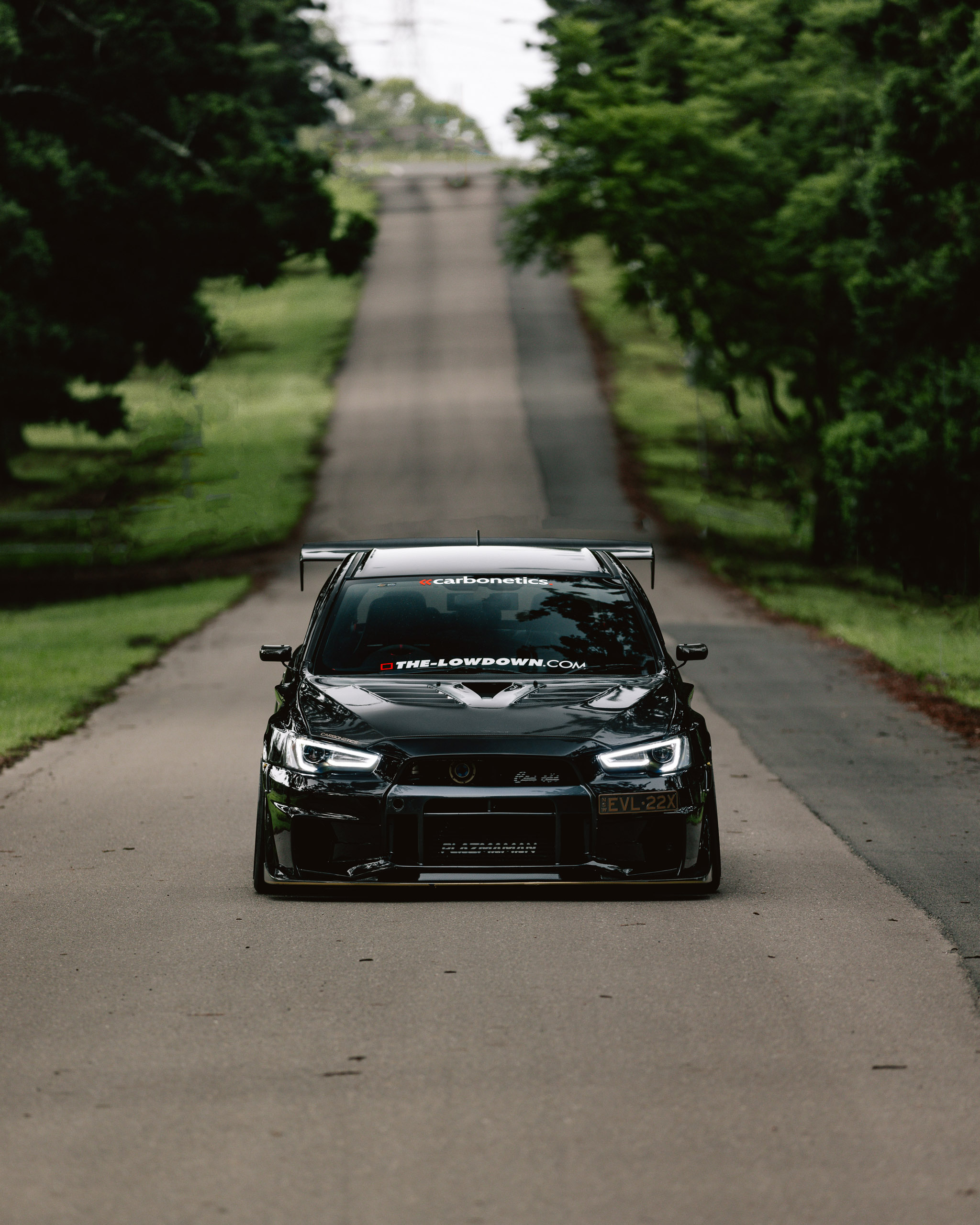 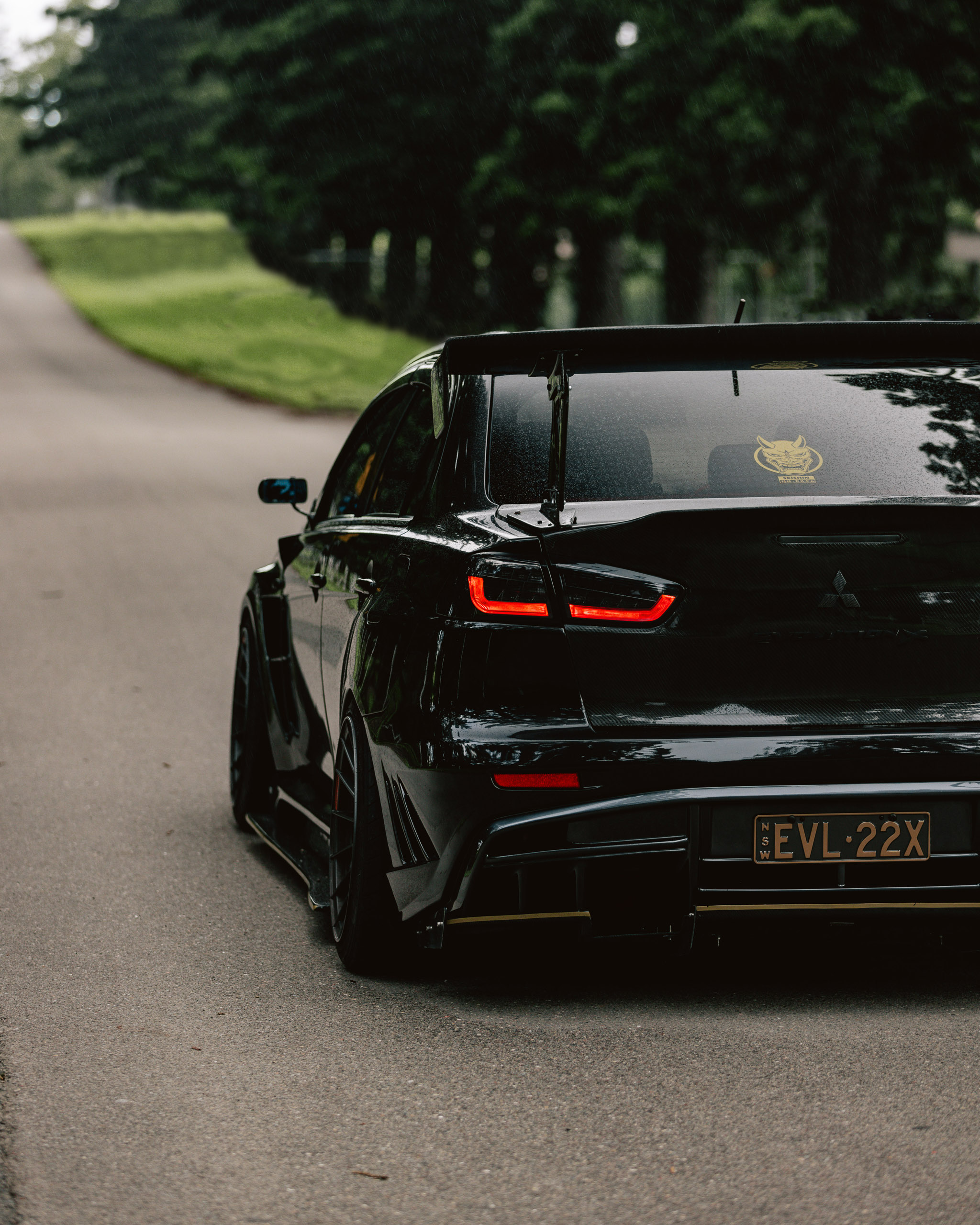 DRIVEN TO BE UNIQUE

Francis caught the enthusiast bug at a very young age thanks to his family’s love for cars. Particularly, his love for Japanese cars was reinforced by the work he did with his father and brother on a few Hondas and an EVO VIII MR.

After getting his license, Francis moved on to flipping Hondas. It was his goal to drive a fully built EVO by the time he got his full drivers license – it’s fair to say that Francis did an exceptional job with this target because the result is an EVO that turns heads everywhere it goes.

As an employee at Manheim Car Auction, Francis sees a ton of cars everyday and this heavily inspired his build. This EVO was to look, feel, and drive like no other EVO on the streets (and on the track).

Although the car isn’t track ready just yet, Francis is working away to make this a reality but he sure has hit the nail on the head with the aesthetics. 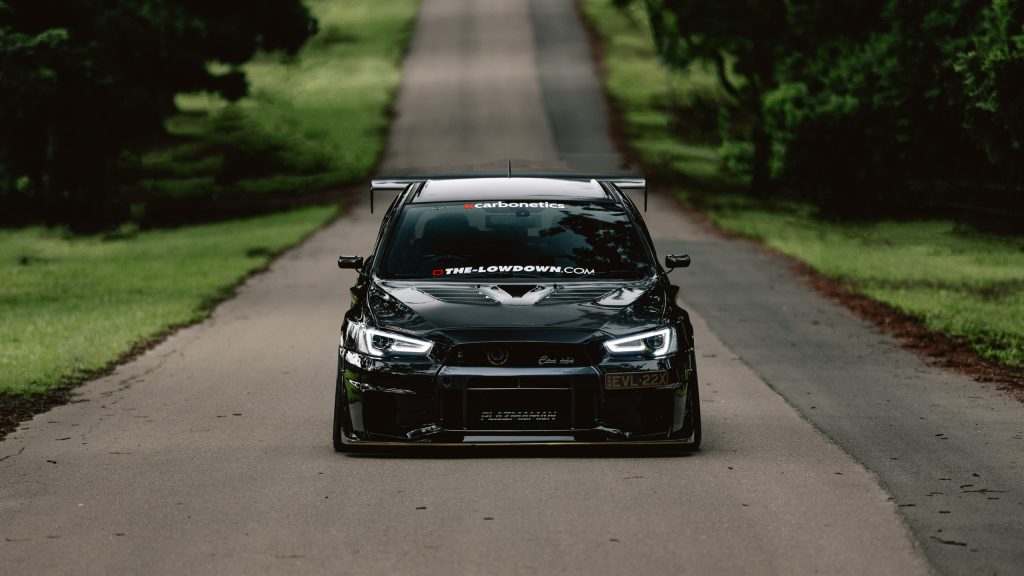 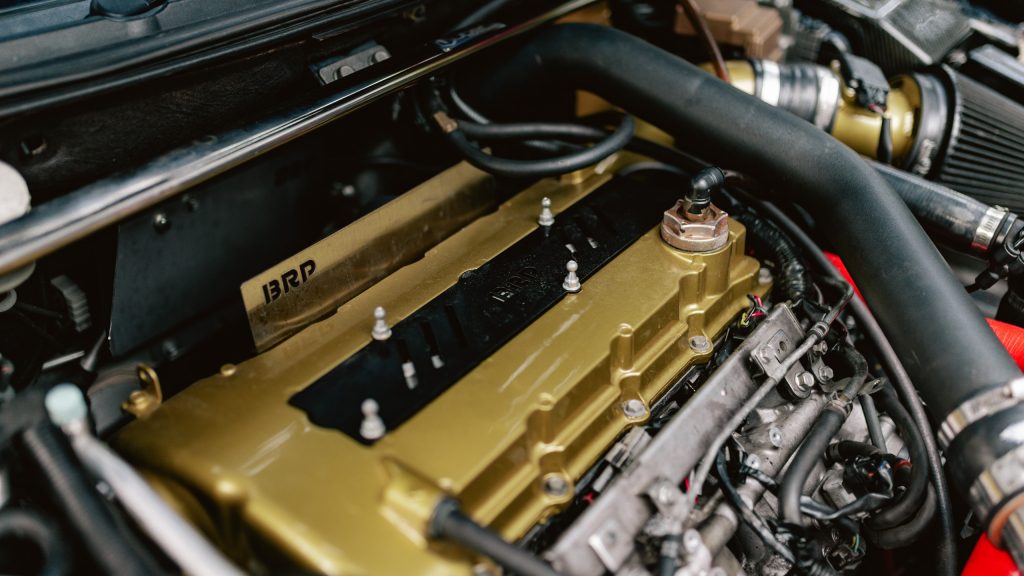 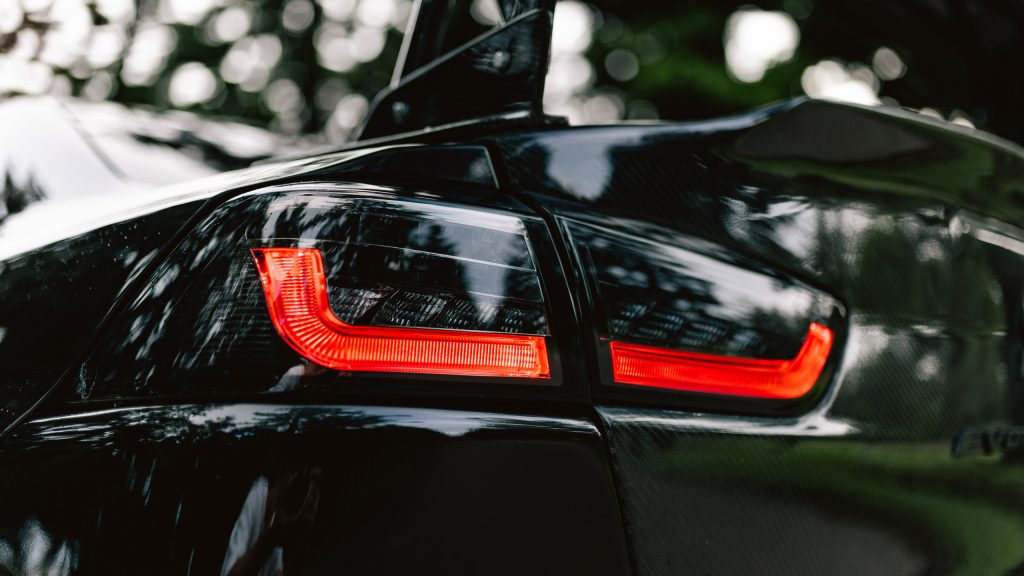 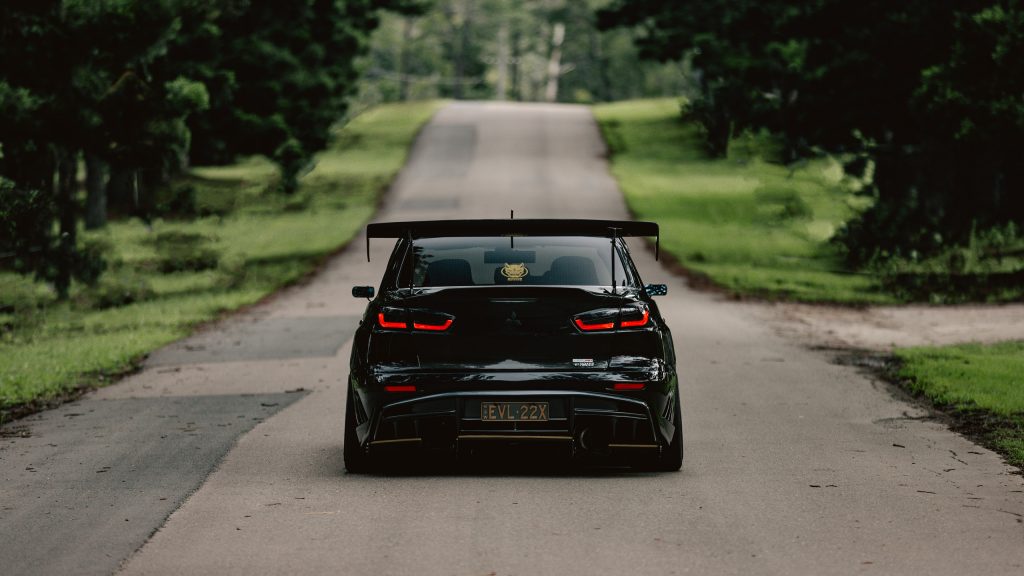 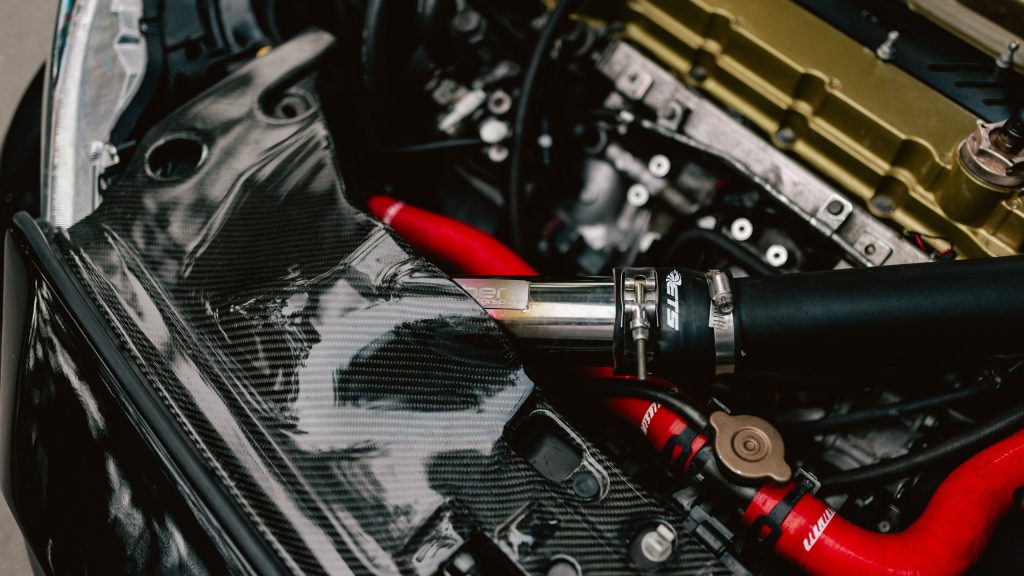 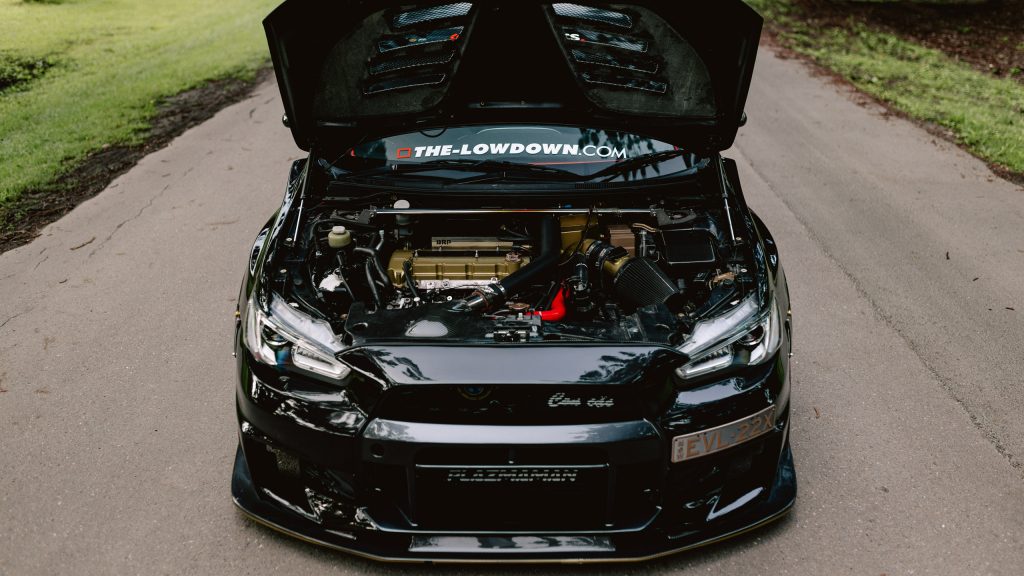 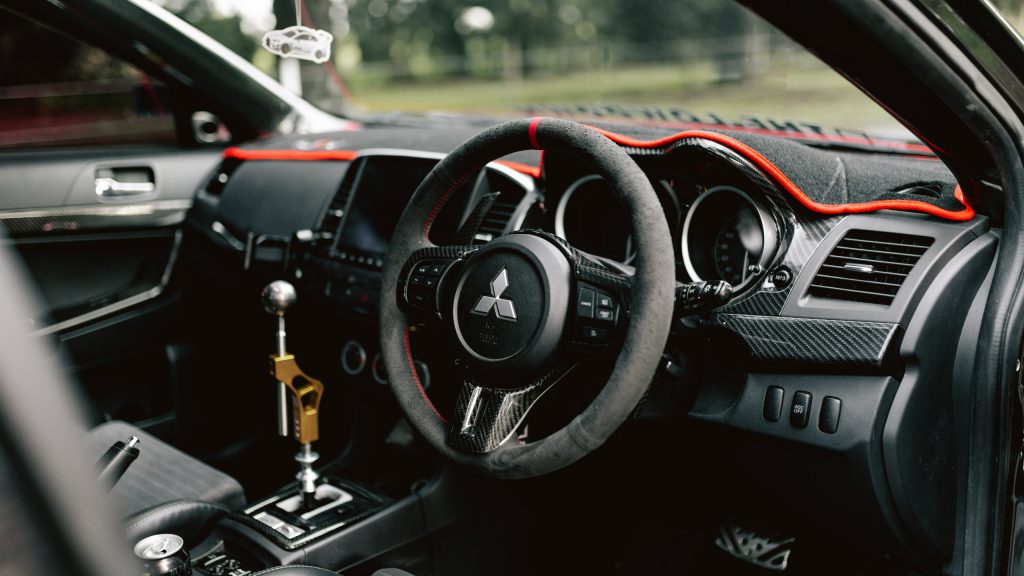 The intentional performance and visual upgrades work together to make this build one of the most unique EVOs out there. For Francis, the highlight is the Nitto 2.2L stroker kit with I-beams coupled with the FP Black Turbo. Amongst the numerous performance upgrades is the Tomei Expreme TI exhaust which complements engine upgrades to deliver a deep and fruity, yet aggressive exhaust note.

As for the visuals, Francis was originally building the EVO to be a sleeper but that quickly changed as he got inspired by Seishin Build to “send it”. The full send includes a Varis ‘17 Version Ultimate Aero Kit, a custom set of headlights and taillights by That Headlight Guy with custom show modes, and more.

The resulting beast of an EVO sits low to the ground on a set of Enkei RS05RRs wrapped in Hankook RS4s supported by BC Coilovers and Stanceparts Air Cups. 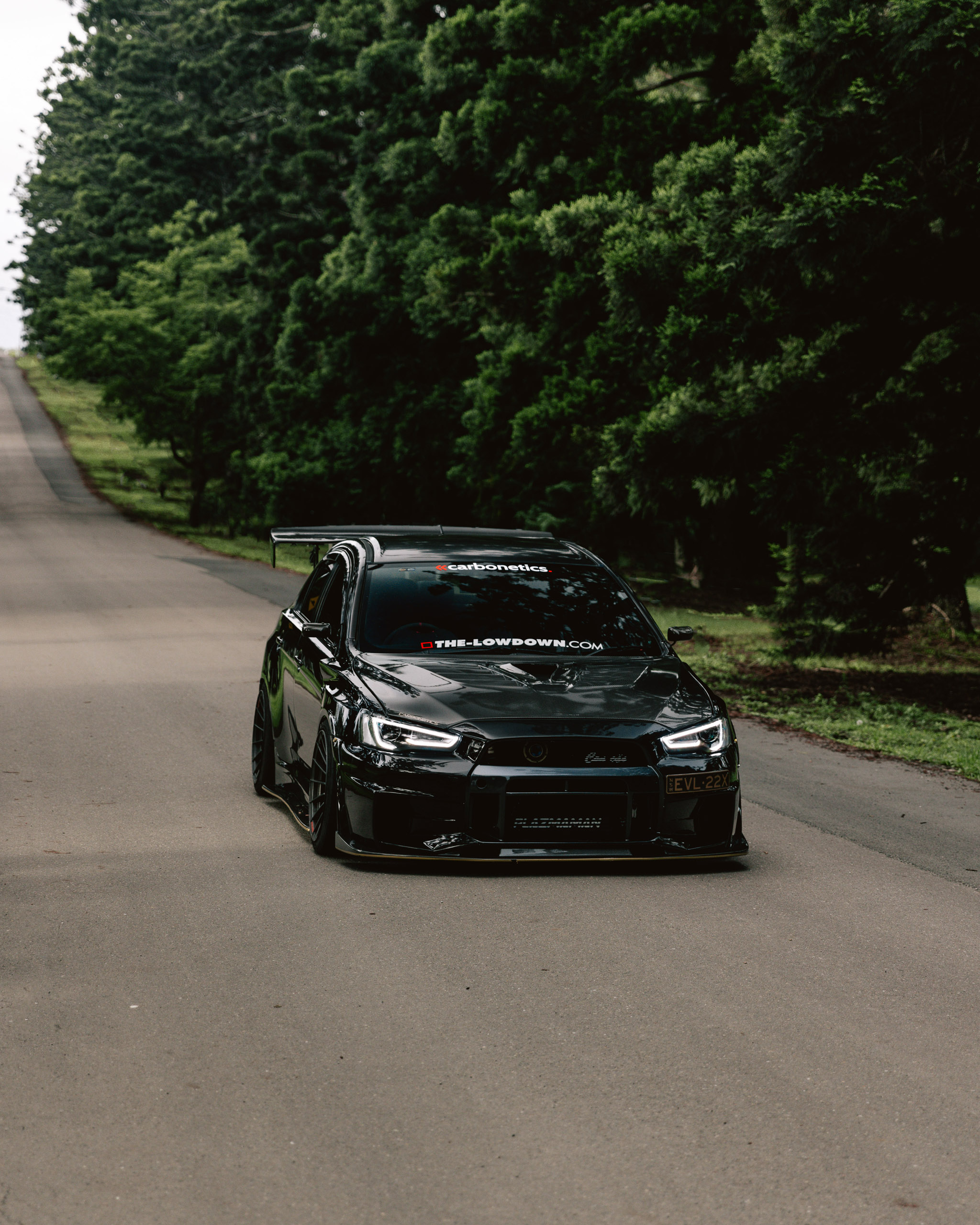 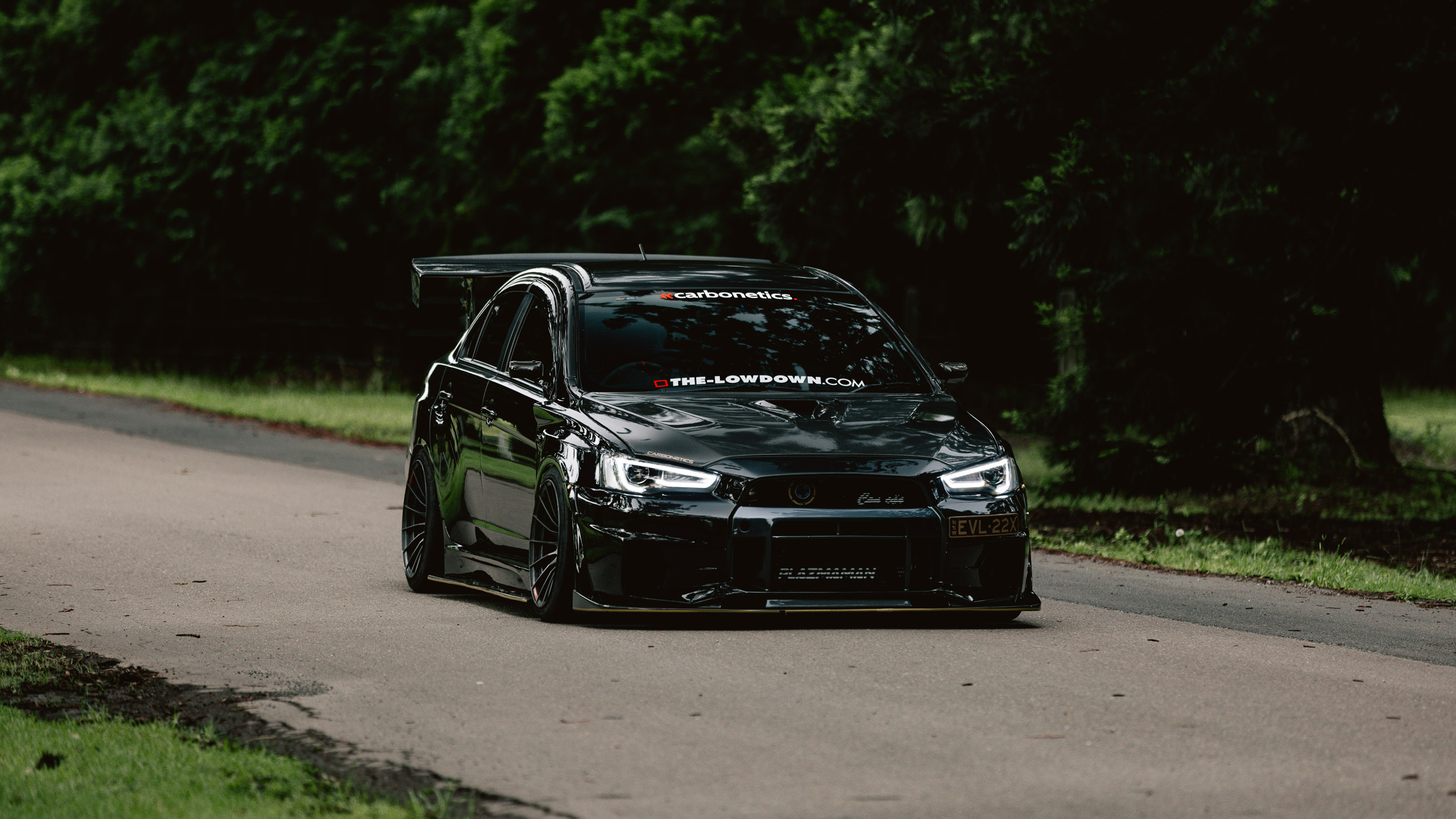 Putting it all together

All it takes is one glance at this build to realise the thought and immense passion that goes behind creating such a unique, inspired car. It’s astonishing to think that this build took place over just a month and a half – there was a lot of pressure to get it ready before one of the Hot Import Nights.

This rapid, yet thorough, build would not have been possible without the help of the guys from Seishin Build, Michael Tram, That Headlight Guy, Carbonetics, CT Auto Parts, Hung from Streamline Motor Body Works, and Monique. 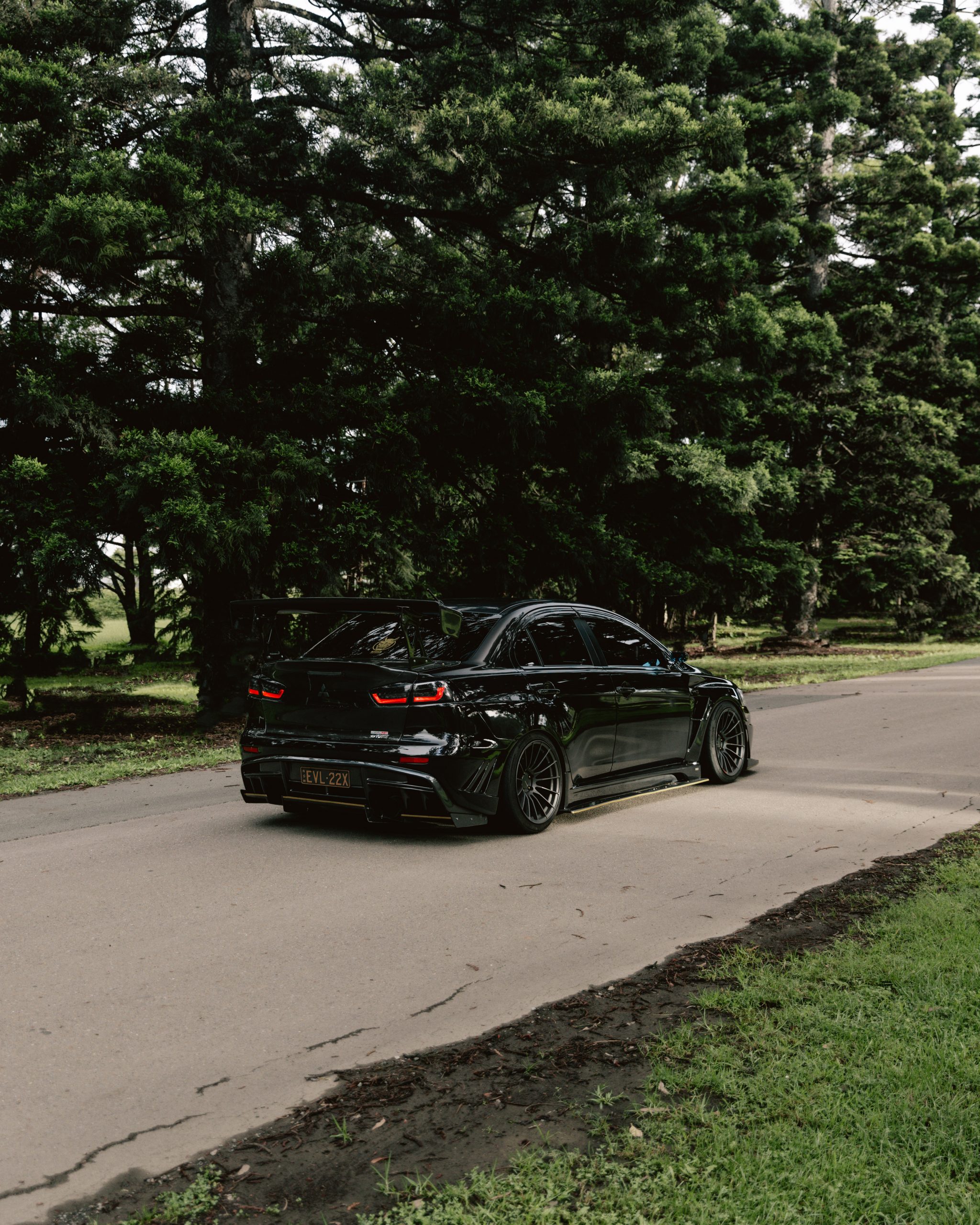 “Modifying the EVO is never ending”. Francis hopes to complete the wide body kit and engine bay setup and install wider wheels. Bagging the EVO is also on the cards and he hopes to hit the 500KW / 670HP benchmark in the future.

This EVO, alongside the myriad of builds featured on THE-LOWDOWN, embodies the enthusiast mindset and allows for expression through cars.

CAPTURING A MOMENT IN TIME. 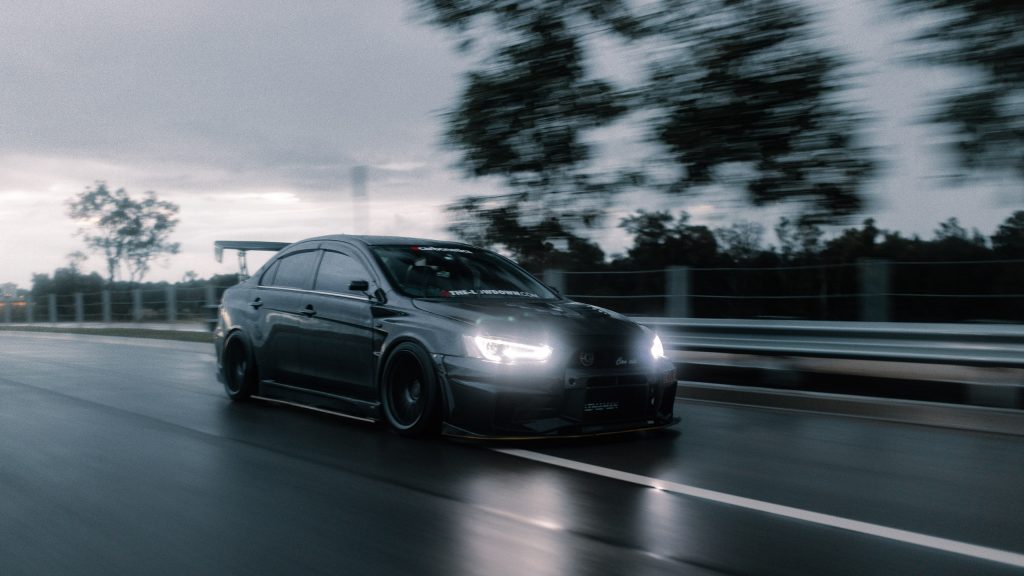 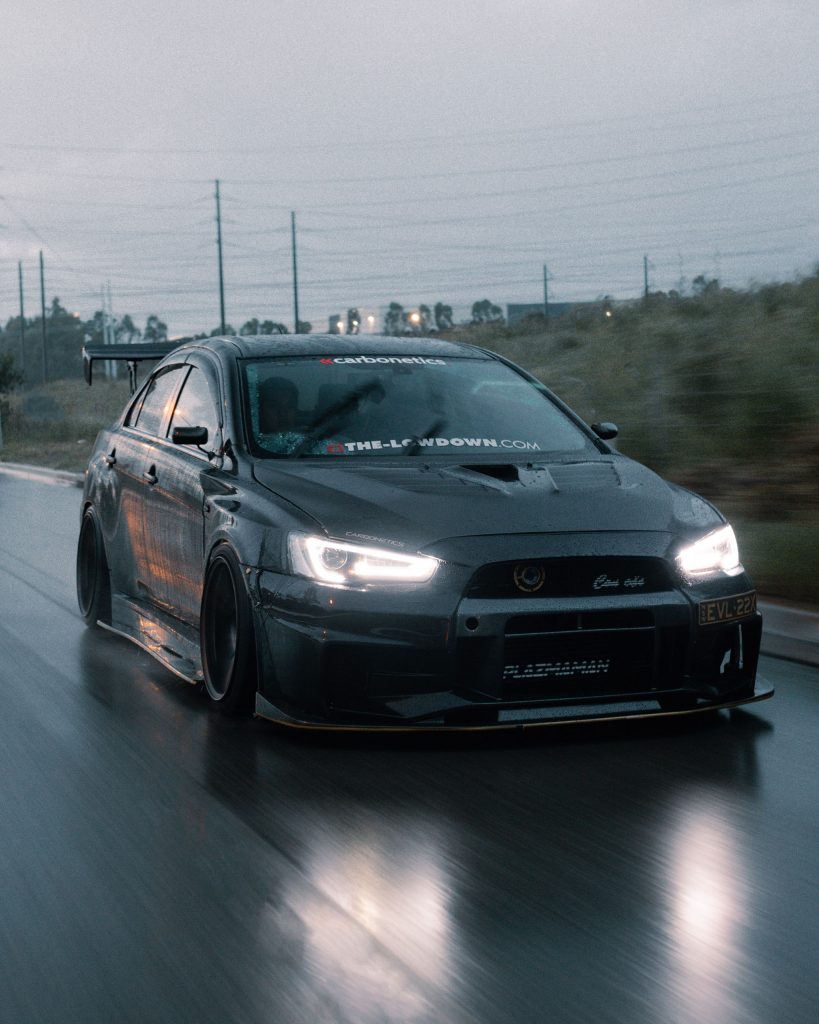 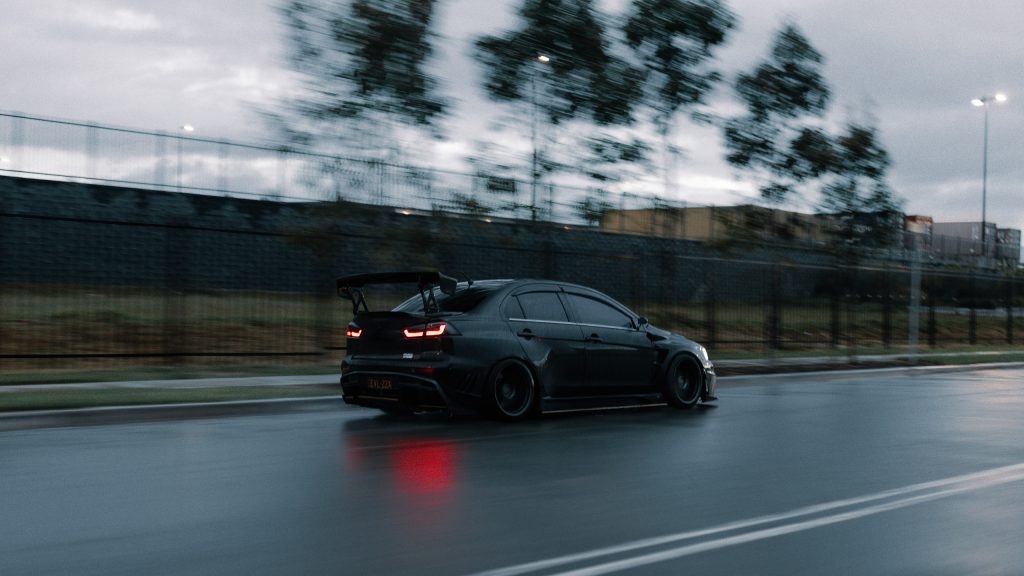 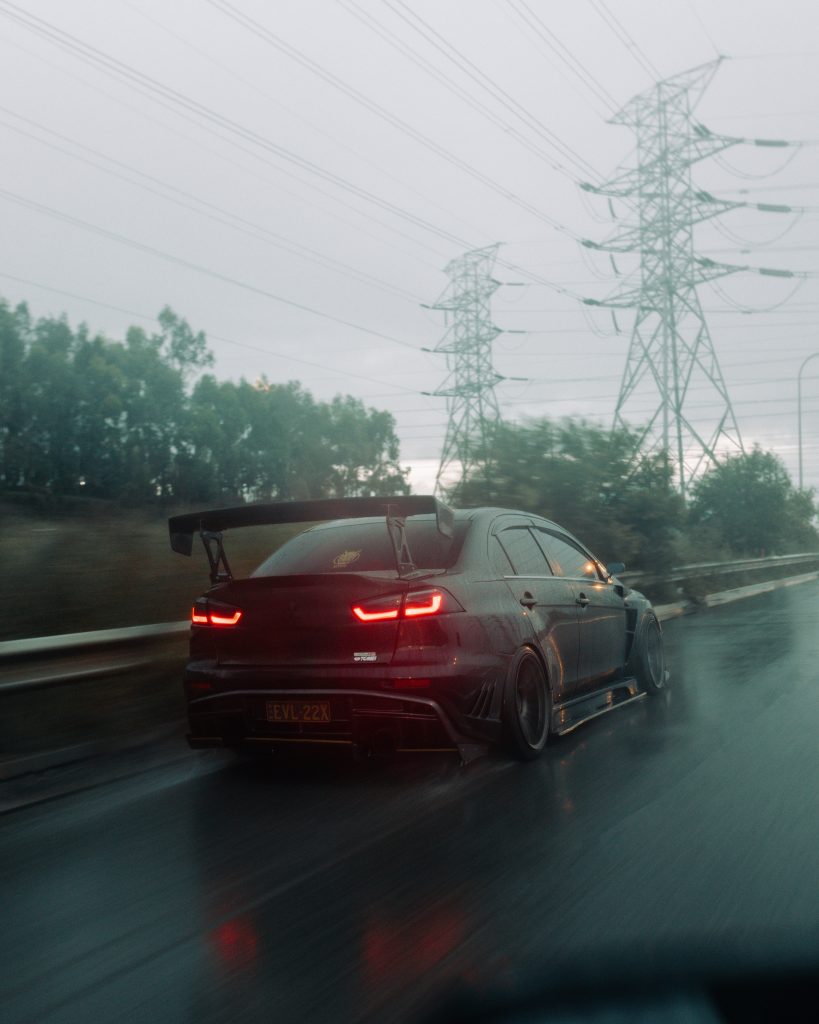 Franci’s EVO X exhibits a harmonious balance of aesthetic and performance modifications. Explore the list of mods in the sections below. 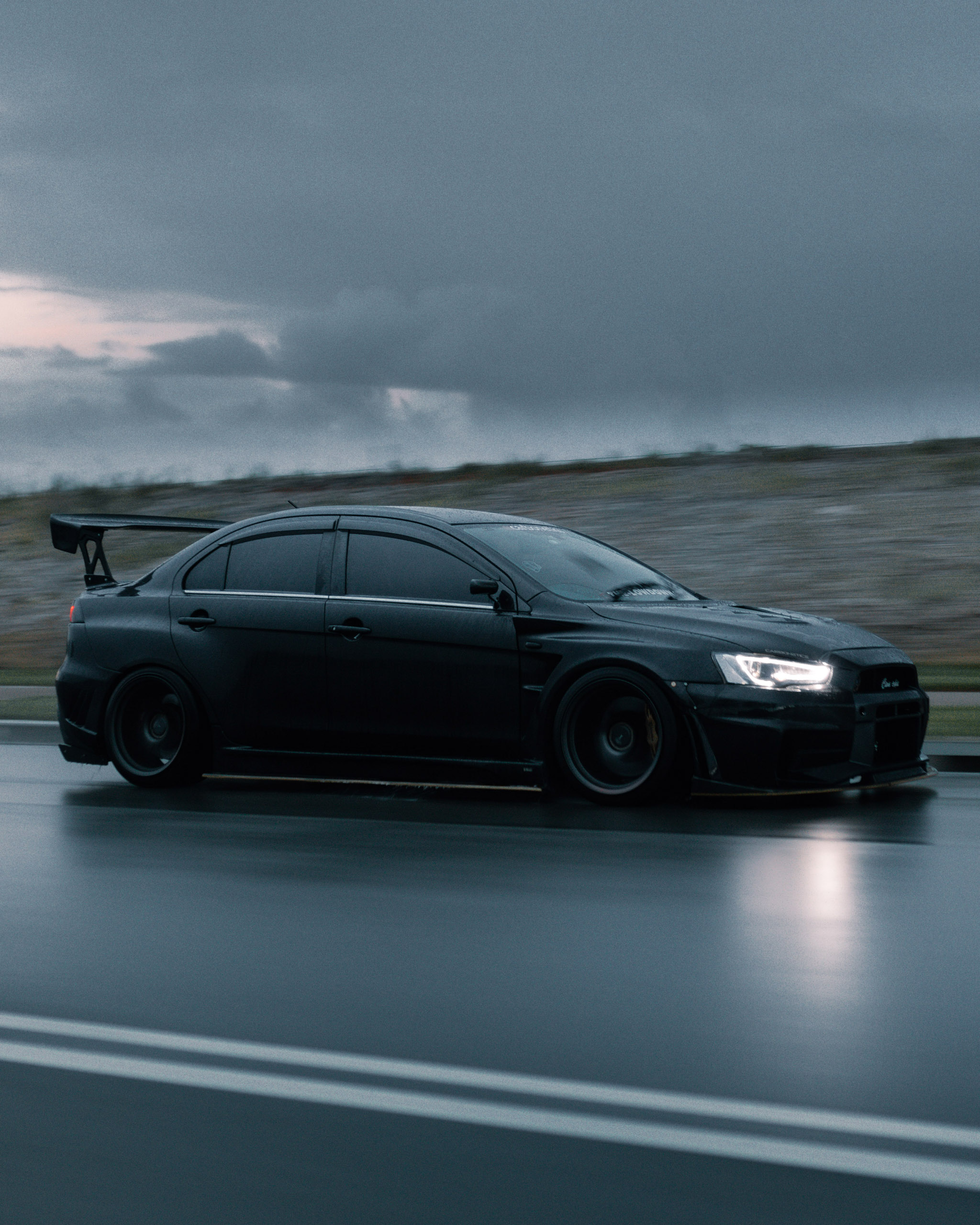