Forum regulars will know this feeling. You’ve followed the build of something awesome, progress has been going from strength to strength, you can’t wait to see pictures of the car finished and driving on the road, finally it’s done and the owner gets it out of the garage and has a bit of fun with it, but just a few weeks or months later the car is up for sale! Seems like the same thing always happens. It was certainly the case with Charlie’s MX-5, our number one street car of 2012. After that car was parted out we wondered where the best bits would end up, and on our recent trip to Melbourne we got to meet one of the recipients: Lon’s Mazda MX-5. 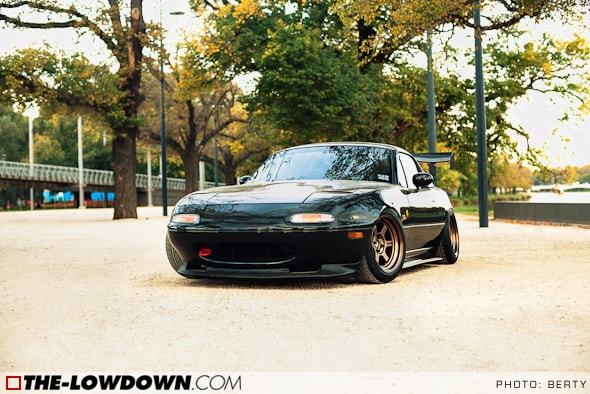 Lon has been working on her MX-5 for the last two and a half years. “Initally I wanted an older car to restore back to originality and drive daily to work. I got the MX-5 knowing its motor was reliable and cheap on fuel,” she says. Buying it on eBay, sight unseen, the car needed some work when she got it. Lon tells us, “The condition of the paint was faded everywhere.” It copped a full respray in Jet Black to bring it back to its prime. 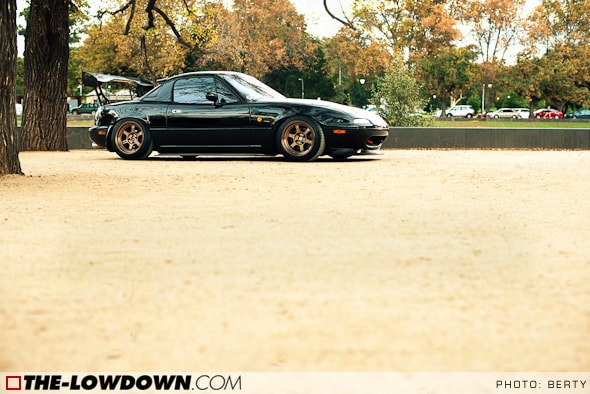 Taking it back to factory perfection was the original goal, but plans changed. “After purchasing this car and looking at modified NAs on Google I wanted more out of it. The first two mods I remember getting for the car were the coilovers and Work Equips. The MX-5 has been through three different sets of wheels giving it a new look each time, which is always exciting.” The current TE37Vs are so well suited to the first-gen MX-5, and you can’t mess with that black over bronze colour combo. 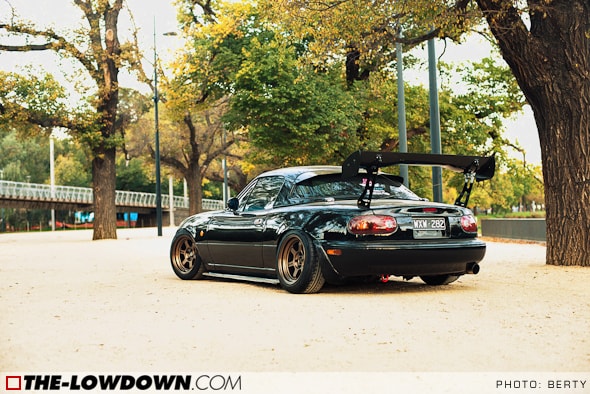 The huge rear spoiler now on Lon’s car was one of our favourite pieces from Charlie’s old MX-5. It’s a perfect fit for the aesthetic Lon has created, it’s equally at home on this gorgeous NA. “I started to build this car to achieve the stance look which I did with the Work Equip 01s and Meisters, but now we’re building it for circuit use, hence the wing which will come into use. My boyfriend and I are currently in the process of working on the motor,” explains Lon. 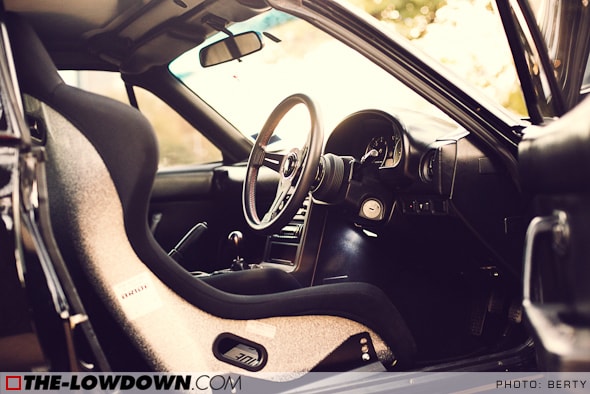 That motor has already received a few tasty upgrades including a full exhaust system that starts with Fujitsubo headers, ends with a Fujitsubo muffler and has some custom work in between. When asked what the best thing about the car is Lon’s answer was simple, “Driving it! It’s like a go-kart. I’ve got a R33 GT-R which I drive daily but I must say the MX-5 is so much fun to drive.” 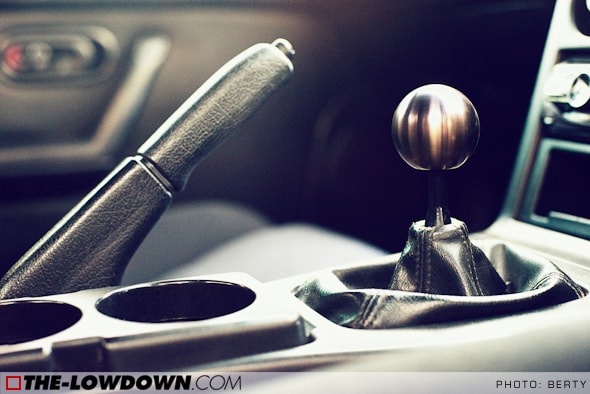 “Not only is this car so much fun to drive but it’s really fun to work on. This car has transformed a lot. There has been some hardship such as being defected but it hasn’t stopped me. You learn from it and move on. My goal for the car is to be able to take it to the track and build on my driving skills, but also to be able to learn more about the car’s capability to handle the circuit. Being on the track is such an adrenaline rush, it’s a whole new level of driving! I can’t wait to go back,” Lon tells us. 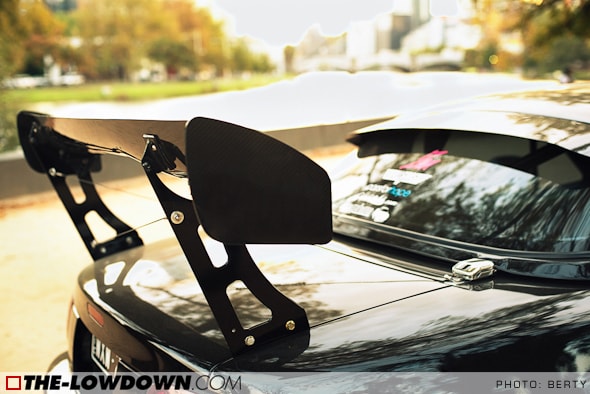 NA MX-5s are renown for providing a pure, no-nonsense driving experience. Lon has started with one of the best platforms a driver could ask for and taken the styling to a whole new level. Every single modification dramatically enhances the car and there’s not a thing we’d change about it. From the wheels to the hardtop to the lip and skirts to the colour itself, inside and out it hits the nail on the head. 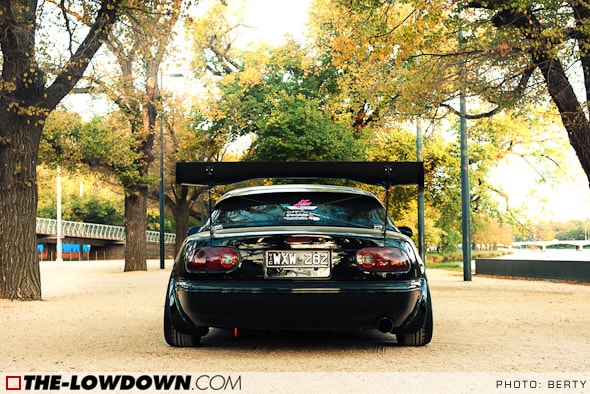 “From the bottom of my heart I want to thank my boyfriend Minh for his ongoing support, teaching me everything that I need to know and putting his blood and sweat into my car. He has put his own project aside in order to help me reach my goals; really what more can a girl ask for? I would also like to thank the FYS family even though times have changed you guys were my biggest influence and the reason I got into the automotive scene. Also thanks to DT Panels from Springvale for helping me out so much over the last two years. I would also like to acknowledge Paul from Kmart Tyre & Auto Service in Sunshine for his support. And lastly, to all my family and friends who have to put up with me and my passion for cars.”