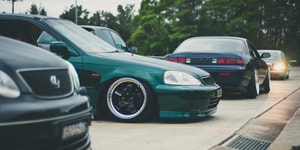 Everyone loves a sports movie. They’re always about some kind-hearted team coming from nowhere to win against all odds. There are hundreds of them and they make for classic feel-good cinema! Aussies have a thing about supporting the underdog, we love to see them win, and as dark horses ourselves we often have a point to prove about our abilities. Sydney-based crew House of Stance know that feeling, and they’ve set out specifically to put Australia on the map when it comes to proper fitment and slammed rides. We got together with the boys to check out their cars and talk shop about how HoS got its start. 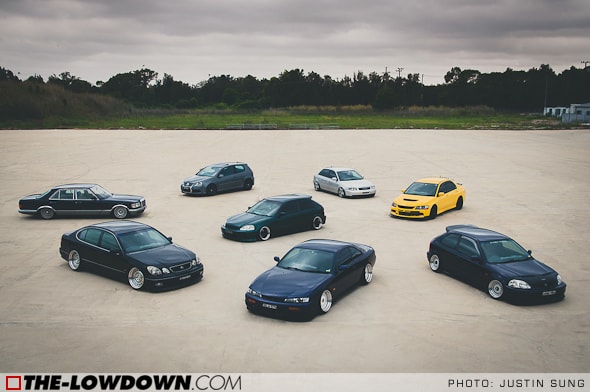 First up we wanted to know who was involved. “The family consists of a chain of good friends we have either grown up with or have known for years. We’re one very tight-knit family. We spend a lot of time hanging out at car washes!” laughs Mike. He owns a silver EK Civic which unfortunately didn’t make it to the shoot. The others are Martin (Evo 7), Ken (S14a), Alan (Green EK), Tony (Purple EK), Josh (R32 Golf), Ray (Audi A3), Moto (Merc 380SE), Jeff (WRX), Chook (Lexus GS) plus Justin and Des who take responsibility for the photography. 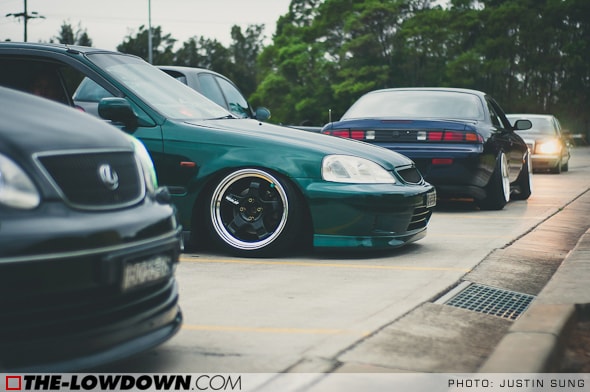 Chook spent months waiting for the right Lexus to come on the market. It had to be black with black leather, no exceptions. He’s had a few cars in the past that have caught our attention including an MX-5 that we featured a while ago. He gave us the inside line on HoS, “Mike and I have been close friends for a while and during that time we’ve been heavily involved with cars too. We never really went to meets, we always kept it to ourselves. We started getting into stanced cars and realised a lot of people weren’t doing it properly.” 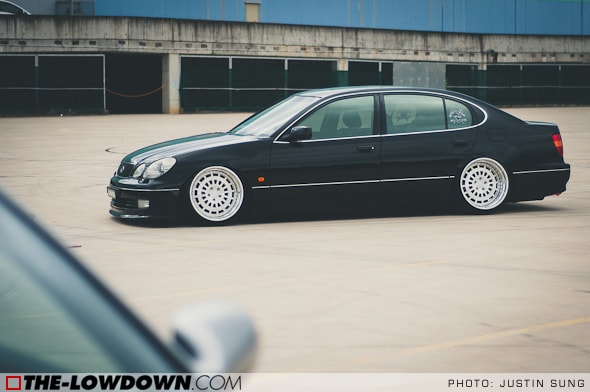 “After following a lot of crews in America we thought to ourselves, why not start our own group? People who share the same love for ridiculously low cars and extreme fitment, to show the rest of the world that Sydney/Australia can keep up with the fitment scene,” says Chook. 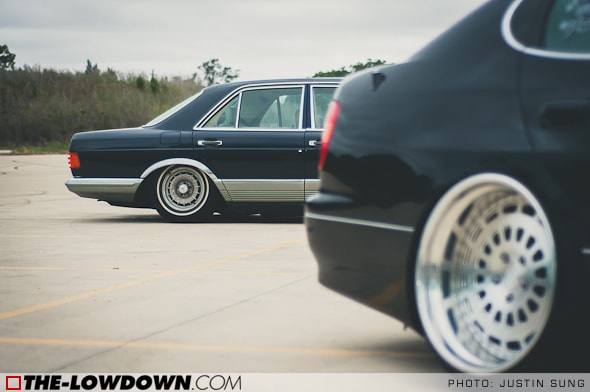 “So after coming out to events we started to meet more people with the same passion for low cars as us. Some old faces some new faces. We shared the idea with these boys and from then on we’ve been a really close group of friends.” 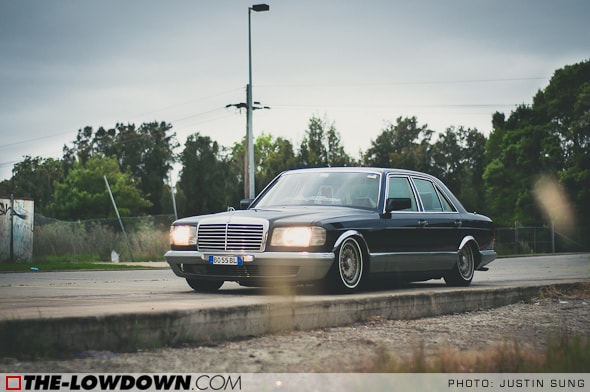 Moto’s huge Mercedes is a personal favourite of mine just because it looks so right yet it’s so simple. Something about that long bonnet, massive front grille and giant frame scraping across the pavement works perfectly. 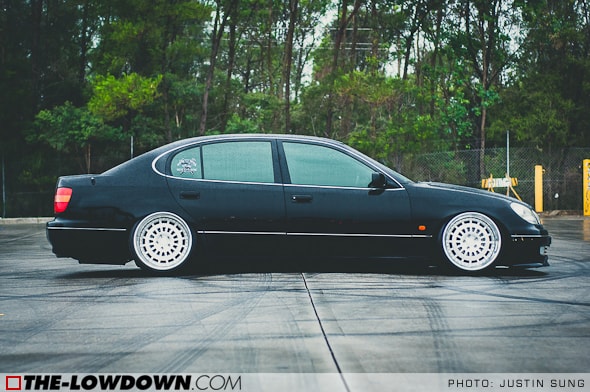 For Chook, doing it properly meant a set of mint VIP Modular wheels and a full-house air setup. This car was the snowball that started building a lot of momentum for House Of Stance.

Kennedy’s Nissan S14a has caused a buzz across social media, but it still has huge wow factor even when seeing it for the fiftieth time. Gorgeous BBS rebuilt by Ray of HoS, who also runs RAW Works on the side. 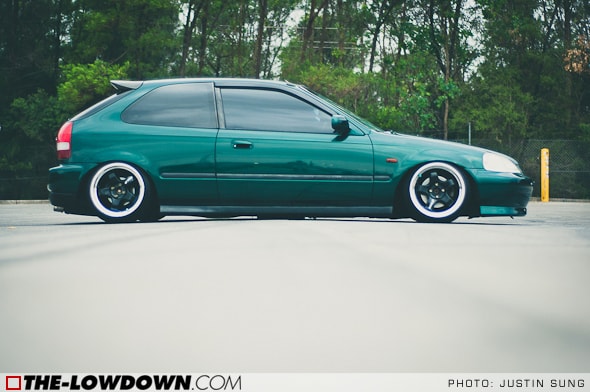 It seems right to mention at this point that these cars are all daily driven. No bull. Alan’s EK is insanely clean and perfectly suited to the Meisters he’s chosen. 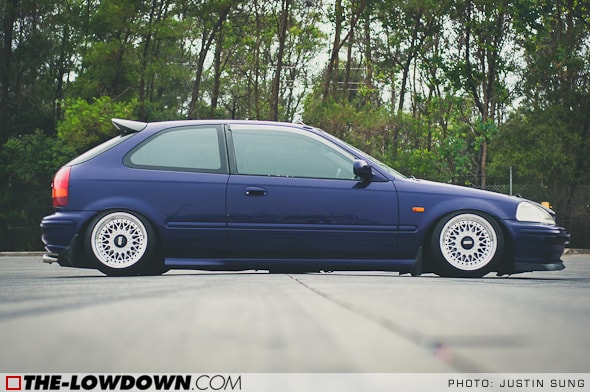 Out of the blue I saw Tony driving his EK a few weeks ago. I had just finished work and was waiting to turn at the intersection outside my building. This thing rolled by right in front of me and completely broke my neck. You just don’t see cars like this in traffic everyday. It was so low, and something about being surrounded by normal cars made it look even more surreal. Crazy car on another set of BBS that Ray tweaked. He’s good like that. 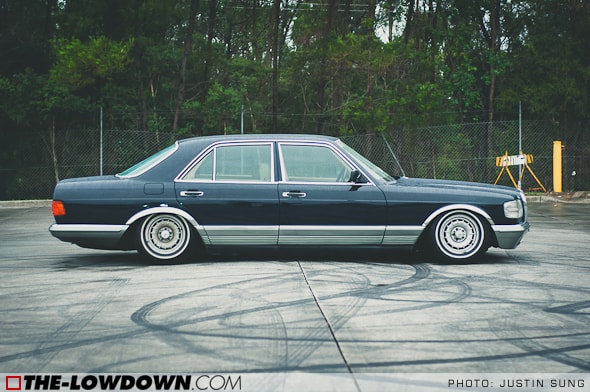 The House of Stance guys love to joke around, they don’t take anything too seriously. In our chat at least half of what was said can’t be put in this article! Moto’s bagged Mercedes is one that the purists will hate, but it’s really not for them anyway. Legendary styling made better with an aggressive drop. 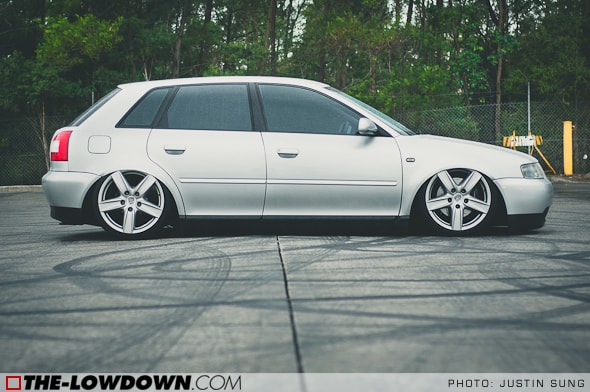 As well as running RAW Works, Ray has rigged up a custom air setup in his Audi A3 1.8T. He bought the gear and the necessary tools to bend up all the pipework himself. The finished product looks unreal in the boot, a really impressive system for something DIY at home. At our shoot he was running Porsche wheels, but being the true wheel whore that he is there are six or seven other sets that he switches between, not to mention all the others currently being rebuilt in his shed. 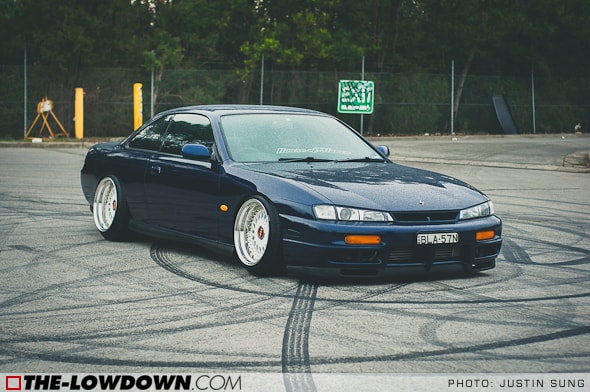 Ken’s Silvia still blows minds when it turns up at shows. His custom Prima Donna-inspired BBS RS came in at 17×10.5J ET13 at the front and 17x11J ET12 on the rear once assembly was all said and done. 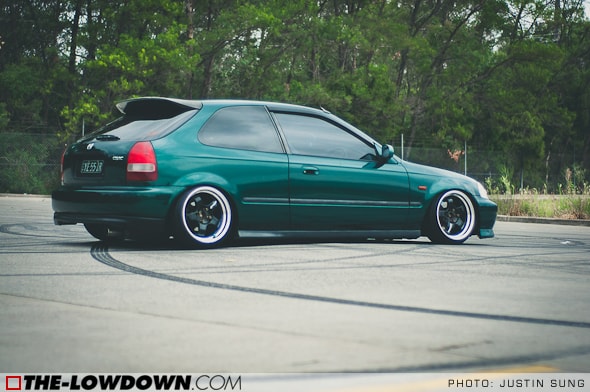 Alan knows his way around a Civic having owned a couple in the past including a genuine EF9 SiR JDM import. Despite its simplicity his EK stands out being incredibly clean and super low on Work Meister S1s. 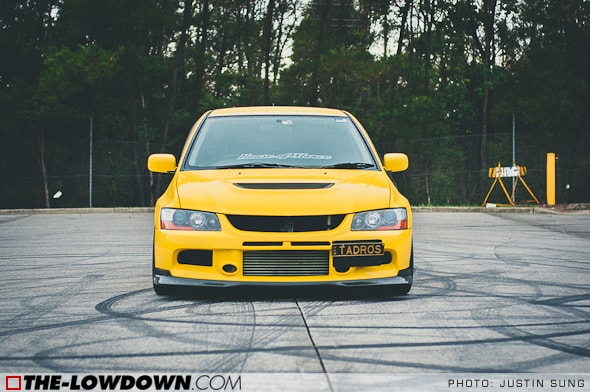 Martin’s Evo 7 has gone under the knife getting a front and rear Evo 9 conversion. He’s running Rays Gram Light 57Gainer wheels which you can’t see, but take our word for it. 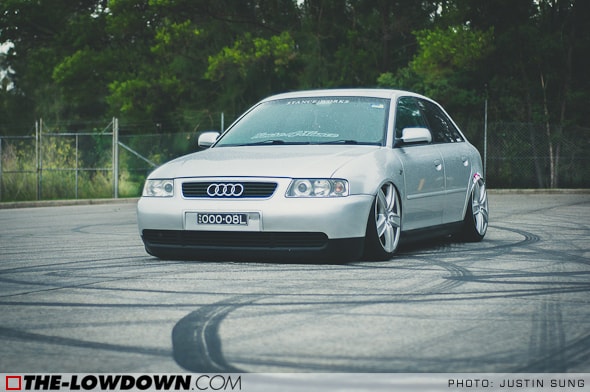 You’ve probably guessed that most of these cars are ongoing builds, and the boys tell us they have a few tricks up their sleeves. “There are a few secret projects going with some of the cars,” says Josh. Jeff’s WRX being the most significant work in progress. 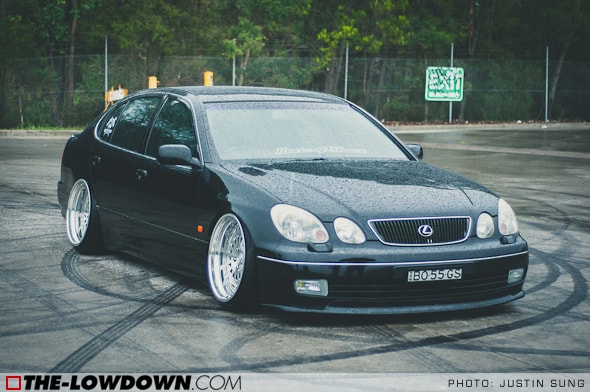 Chook sums it up, “We’re all about quality, pushing boundaries, setting standards and of course being low and fitted.” So far, so good, but something tells us there are big things still to come.