They say if you’re married to someone for a decade, the traditional anniversary gift is aluminium. There aren’t too many wives I can think of who would be thrilled to receive anything alloy after chalking up ten years of marriage, so I guess it’s fitting that Felix’s ten year companion is his Integra Type R. Relationships of this length are serious business, they take a lot of perseverance and dedication. Since buying his DC2 in 2003, Felix has taken it from the mediocre to the exceptional, and the journey ain’t over yet. 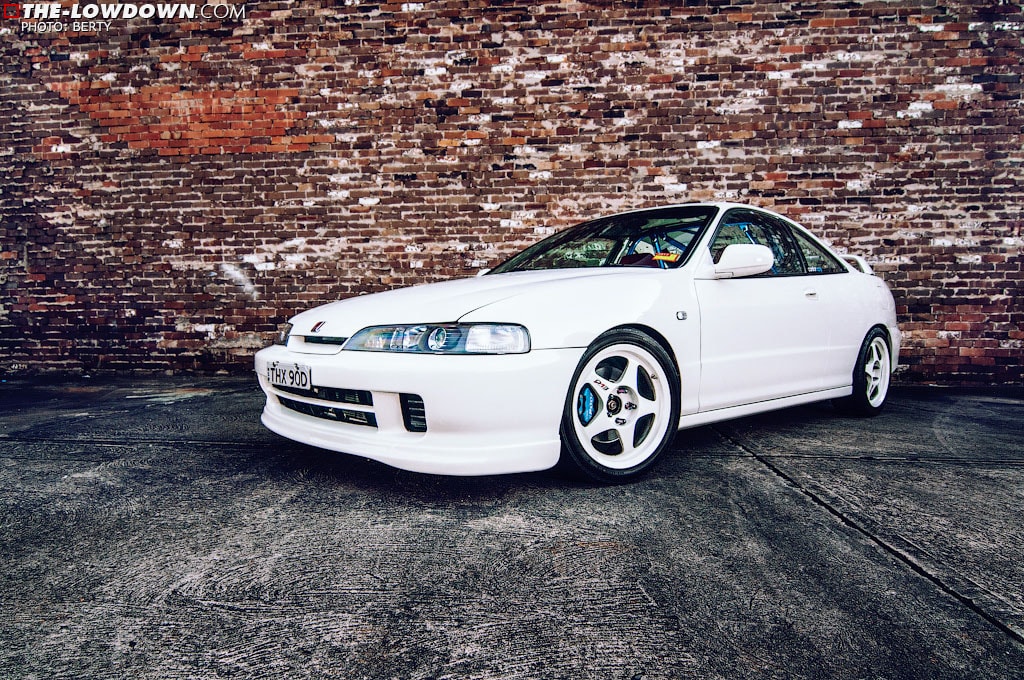 “I bought the car on May 12th 2003, almost 10 years ago now! It came with mismatched suspension, a cannon muffler badly welded to the stock axle-back and a Cusco GT wing. First mods were definitely new suspension and tyres,” explains Felix. “Initially I liked the look of the GT wing, but after a while it was time to plug up the holes, repaint the stock wing and put it back on.” 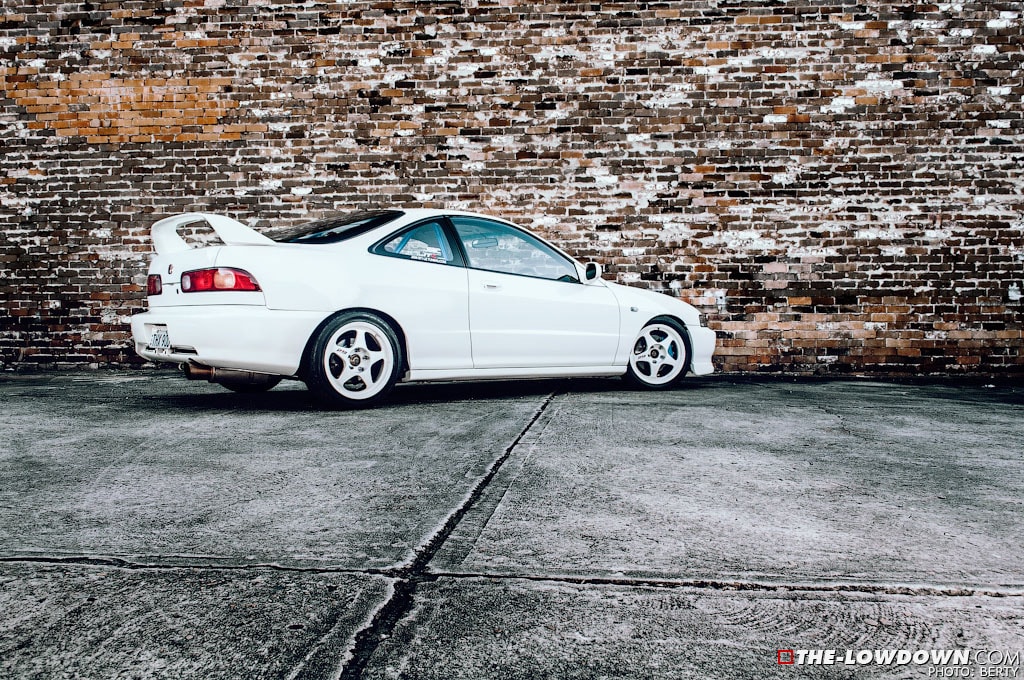 All Integras are spritely little things; light on their feet and eager to be put to work. “The sound of the engine, the feedback from the steering and chassis and the way the car handles really make it a fun car to drive,” says Felix. “Thanks to the guys at JDMyard I got a good deal on the Buddy Club headers and also scored a Buddy Club Spec III exhaust. Once installed, the engine felt more alive!” 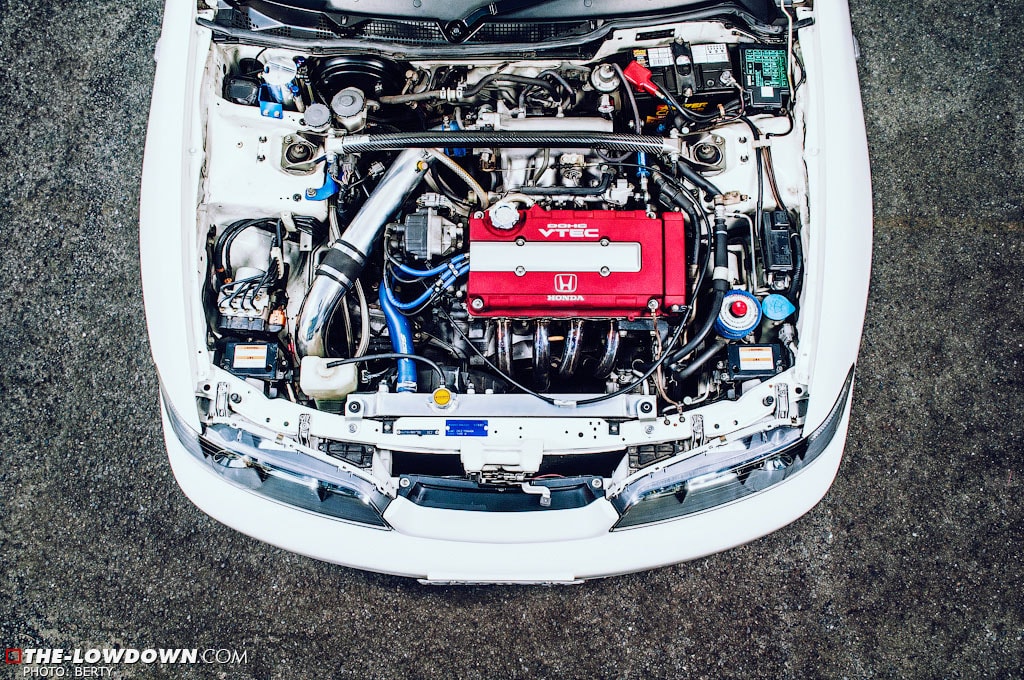 After four years of ownership, Felix switched from our Aussie quad-light front end to the highly desirable JDM front. “I had the opportunity to do an OEM JDM conversion with ’98 spec HID lights and a complete respray.” At the time this was the only JDM converted DC2 I had seen in Australia. “While the fenders were off I bought J’s Racing fender braces from Leo at JDM Concept. Any extra bracing makes a difference in a DC2R.” Felix must’ve loved the feeling they gave because chassis mods kept on coming. 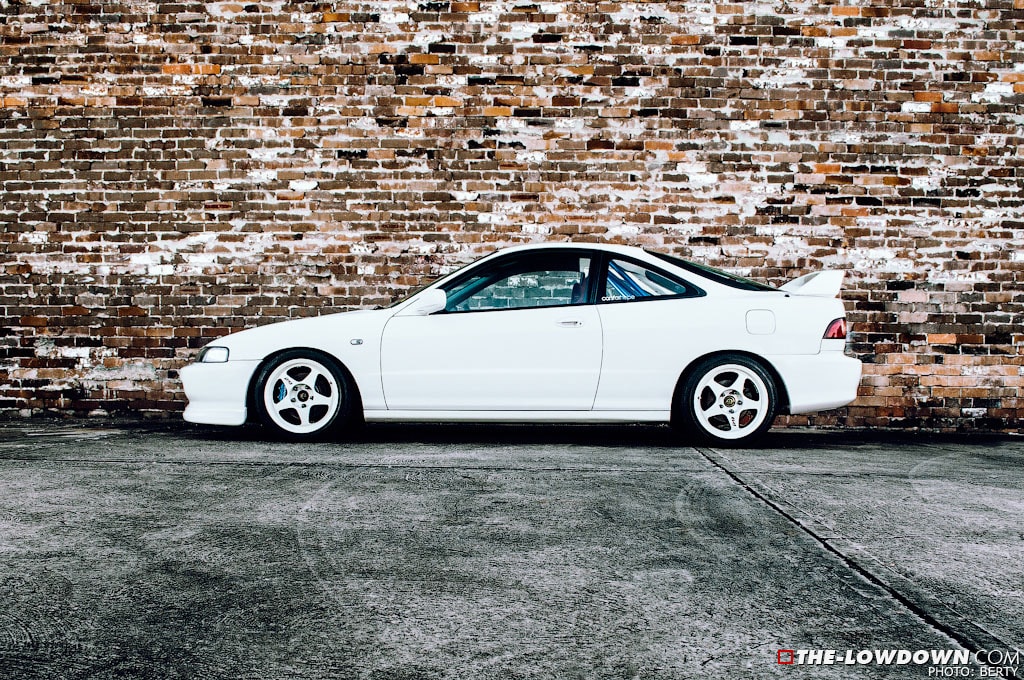 “When Amir was running RaceBorn back in 2008, he asked me if I would like some more Cusco parts and of course I could not refuse. I was so excited about the cage! Anthony at Dahtone Racing sponsored the install.” The white on white colour combo works so wheel with the Cusco blue and red Recaro SR3s. 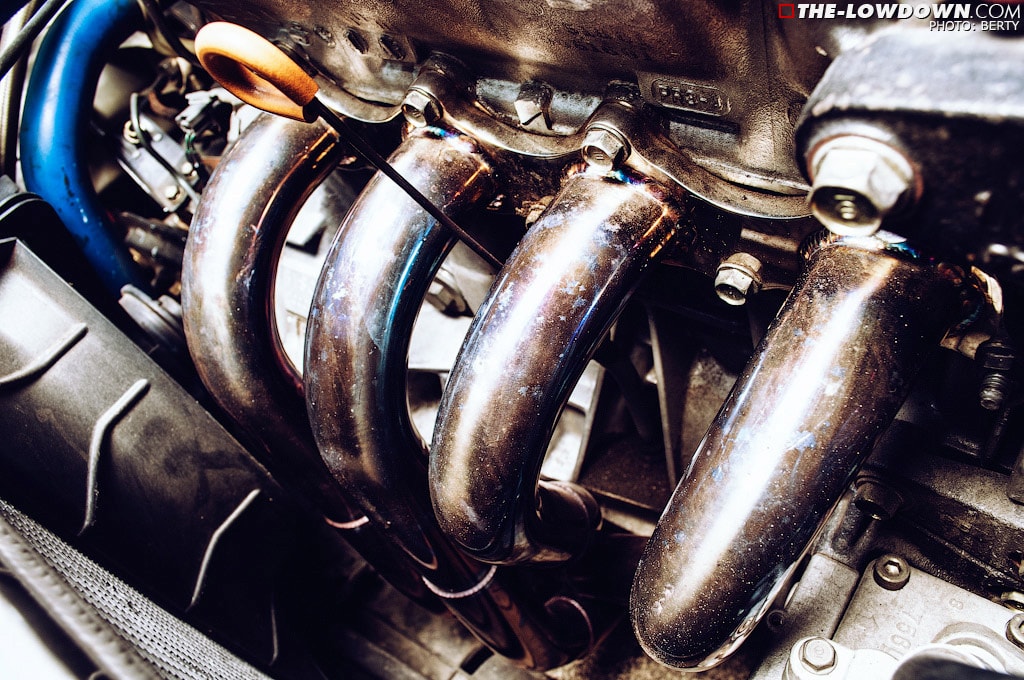 “Last year I had the chance to purchase OEM stickers for the rear quarter panels and the rear apron.” Finding a seller with more good DC2 stuff was like music to Felix’s ears. “I bought a Mugen intake, OEM JDM ’98 sway bars, DBA 4000 front and rear rotors and Ferodo DS 2500 brake pads. The car is driving better than ever!” 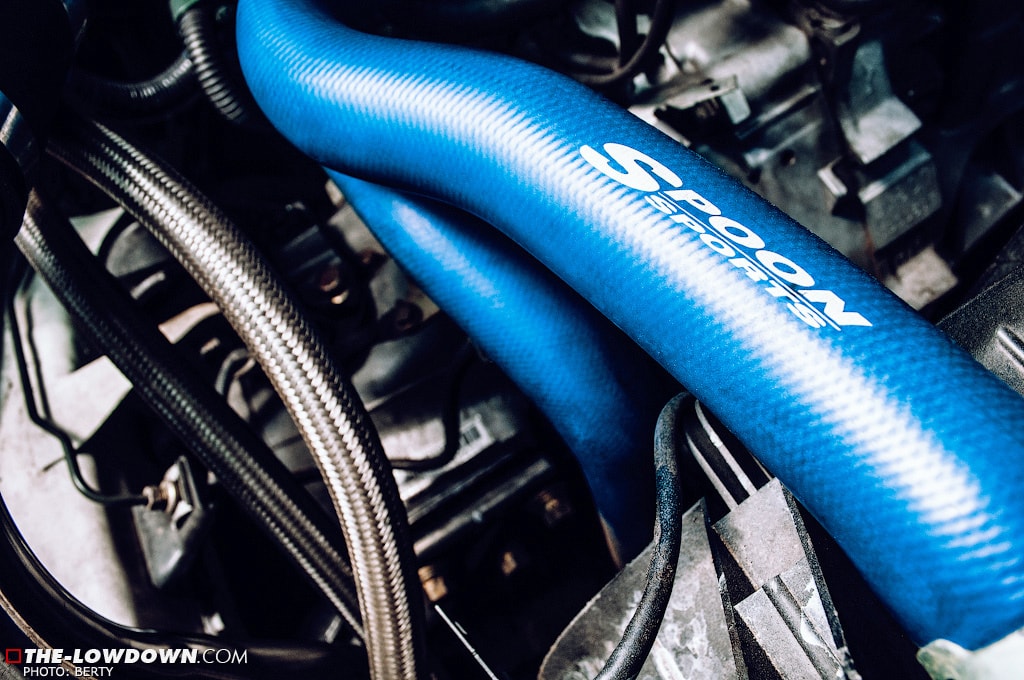 “I didn’t have an end goal but I did draw inspiration from a number of clean DC2Rs from the US and Japan.” One thing about Felix is that he’s a modest guy, gentle and polite. You’ll never hear him brag, so we’re here to do it instead. His DC2 is easily one of the finest we’ve seen, so finely crafted with only the best components. “Is the car finished? Well I could think of a number of things to do but right now I’m enjoying the car as is.” 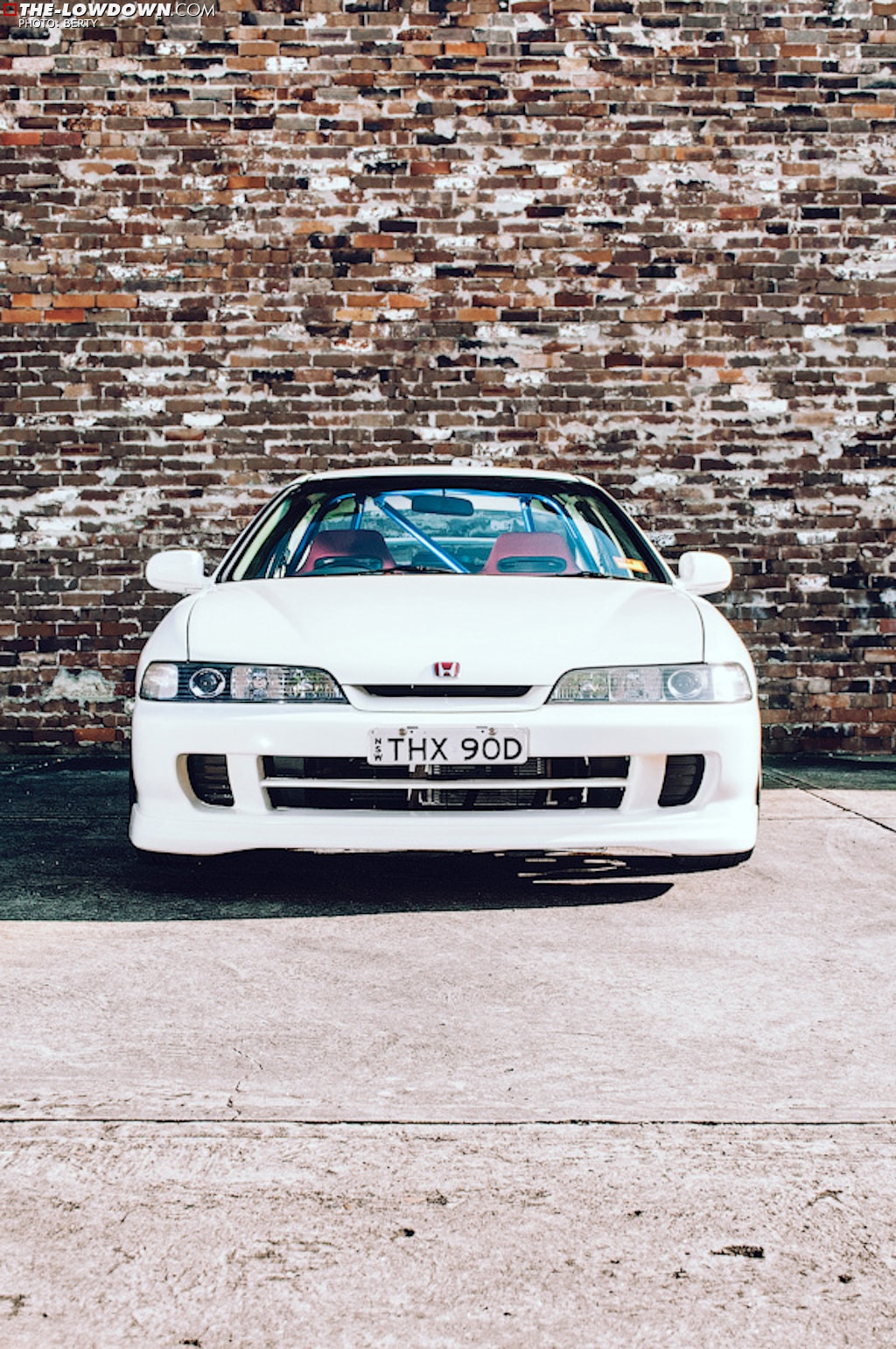 The DC2R has always been highly regarded as a capable machine, and one of the most enjoyable chassis to come from Honda. “I love that the DC2R still gets compared to new cars of this day, and is recognised as a driver’s car. Every time I drive mine, it makes me smile.” 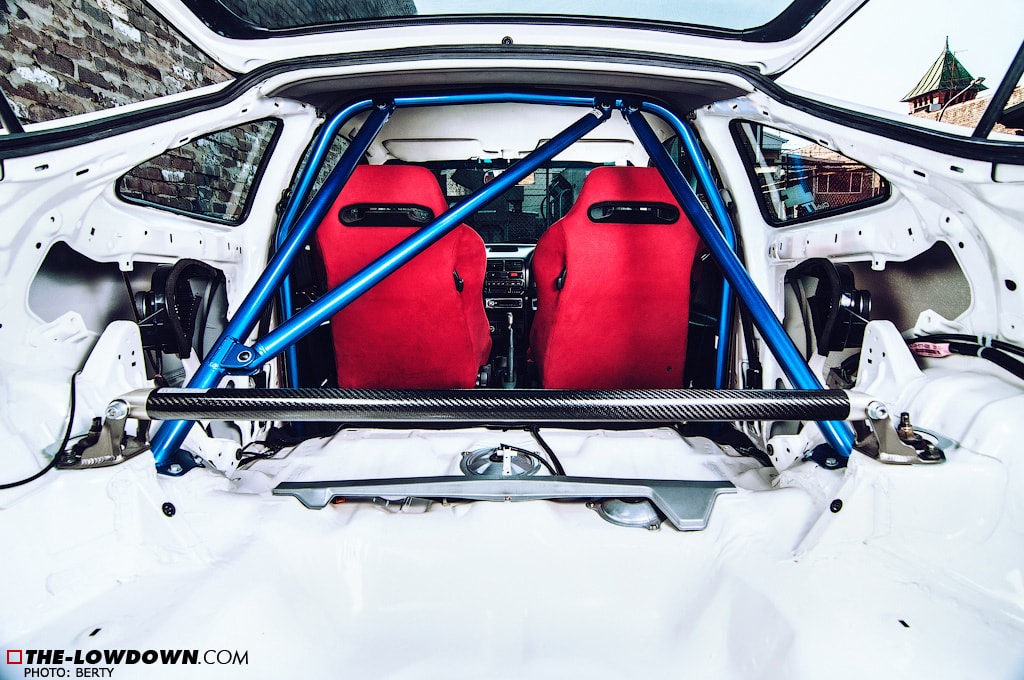 This isn’t just a car built to look the part, it has been used on track to the fullness of its ability over the last ten years. “These days I only drive it on weekends. Every drive is an occasion and I love it.” It’ll come as no surprise that the ultimate ride for Felix is another Honda, the NSX. “Right now I’m enjoying the car and simply maintaining it until I get my dream car.” We’re sure it won’t be long before that happens, but he couldn’t ask for a better weekender until then. 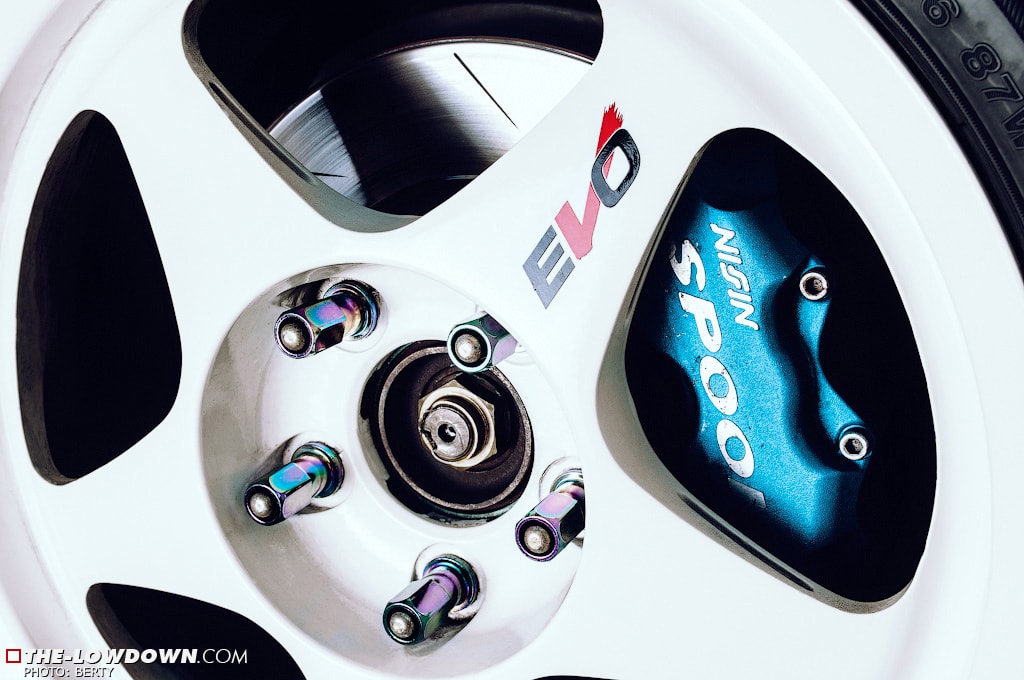