The European car scene in Sydney is booming. Recently THE-LOWDOWN.com was invited to a cars and coffee meet held on the outskirts of Sydney’s CBD by a keen group of BMW owners. Attendees congregated at a café in Alexandria, not far from the city centre, to enjoy a lazy sunny afternoon and the fantastic atmosphere of BMW related banter. 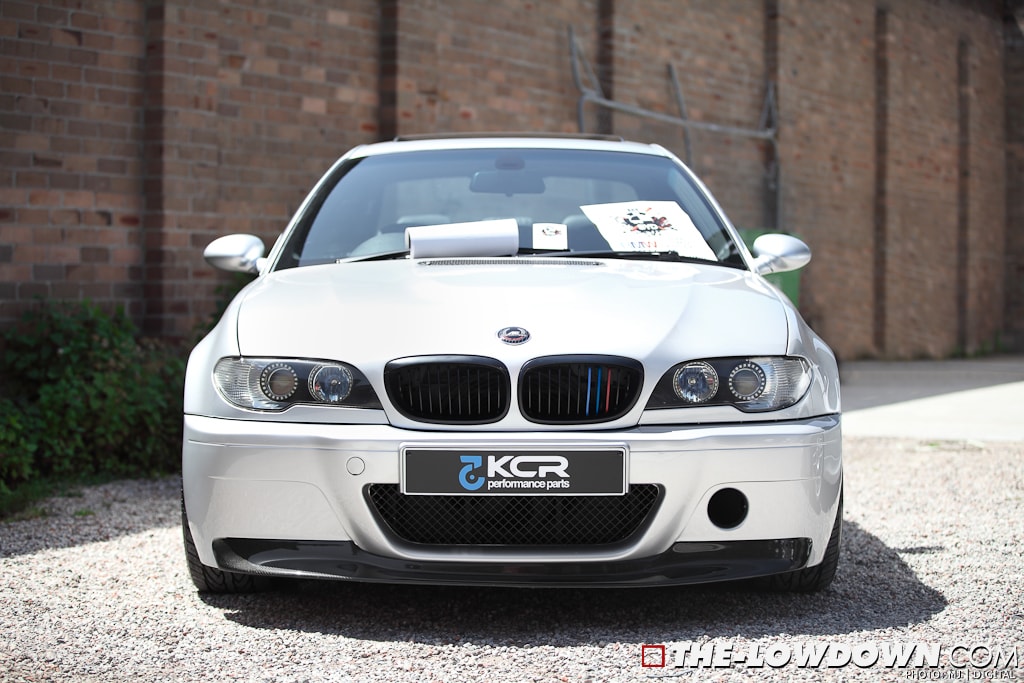 Quite a few different platforms and models from the sports-luxury marque appeared throughout the day, ranging from E46s to E90s to E80s. 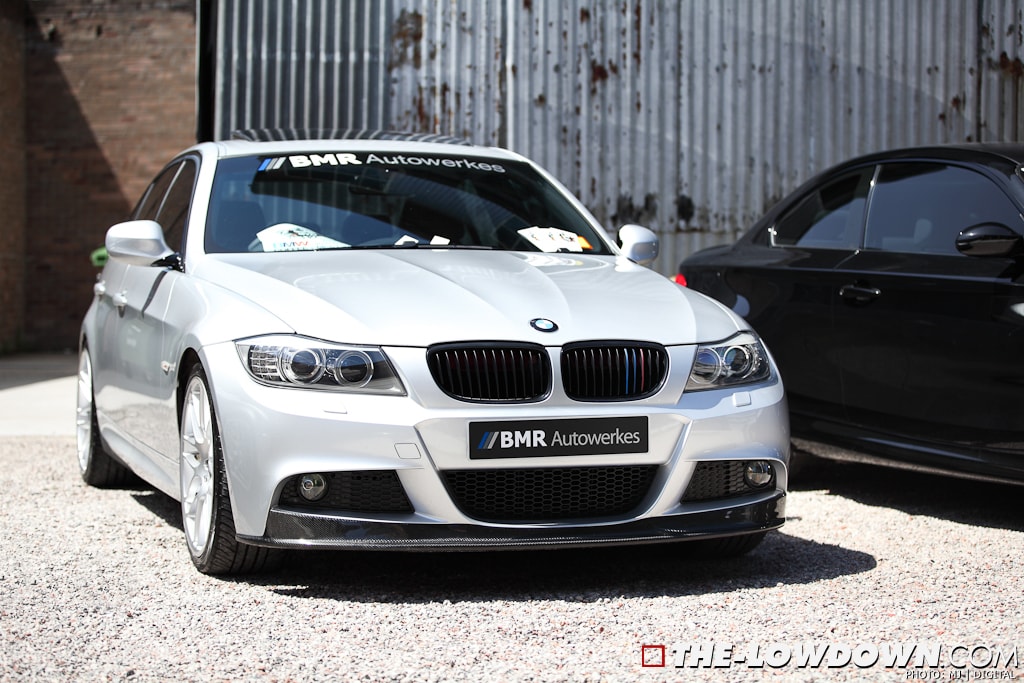 Organised in conjunction with a number of performance parts suppliers, this meet was designed to break the barriers of online forums and get everyone out to meet each other. 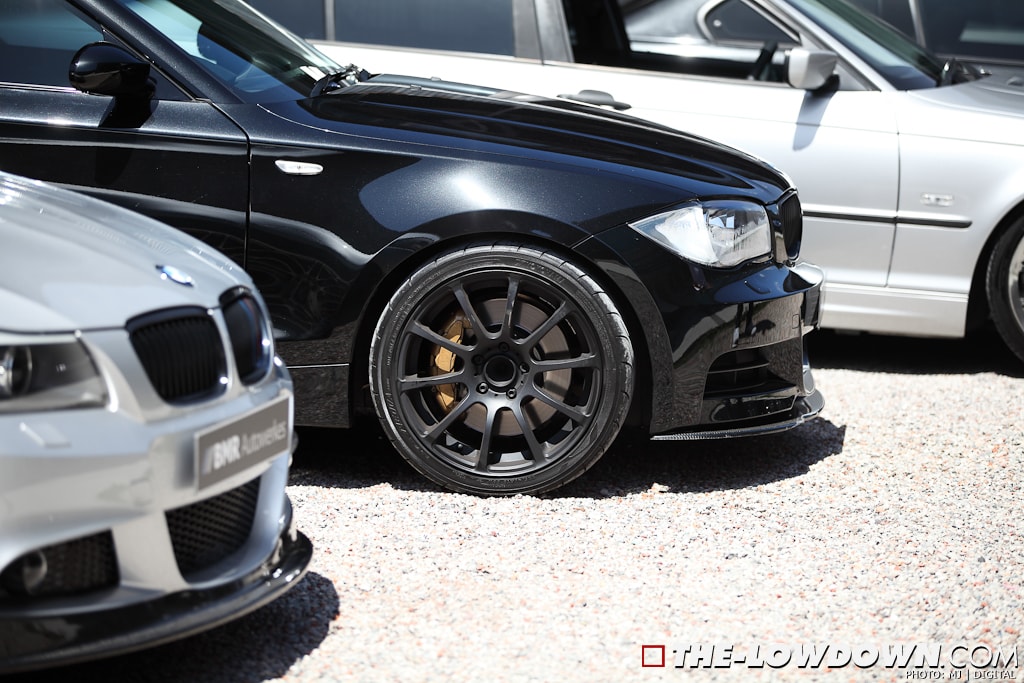 This black 1-Series coupe belongs to one of the event sponsors, BMR Autowerkes. The 1 has been mildly modified in-house by their team. A satin vinyl-wrapped black roof, carbon front lip and all-black wheels give a stealth overall appearance. 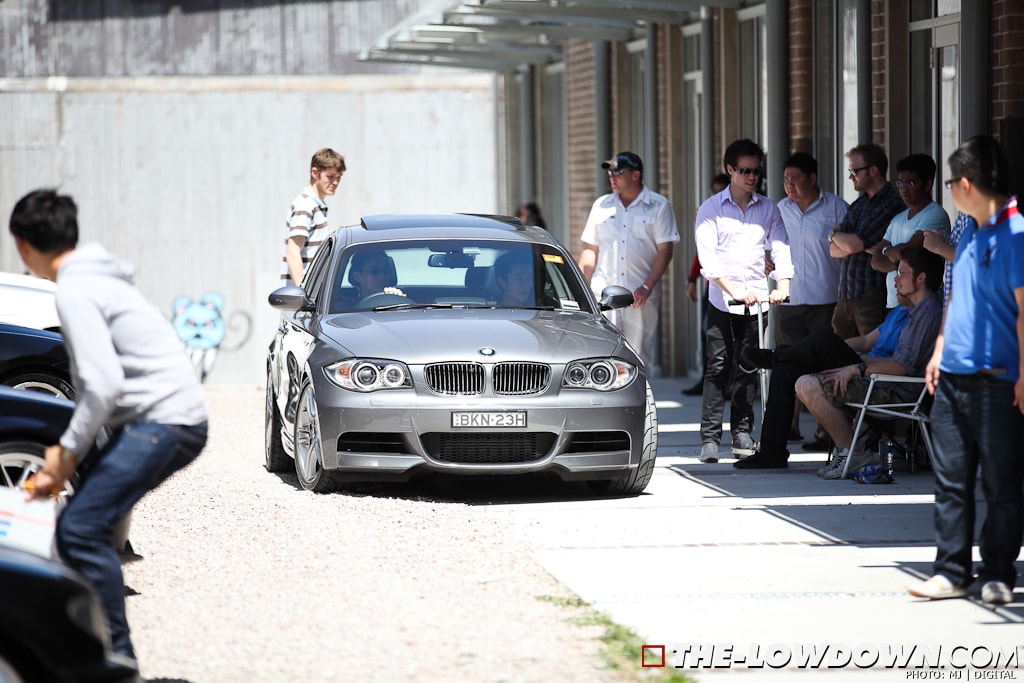 A midday peak saw almost all parking spaces within the venue filled as owners rolled in one after the other. 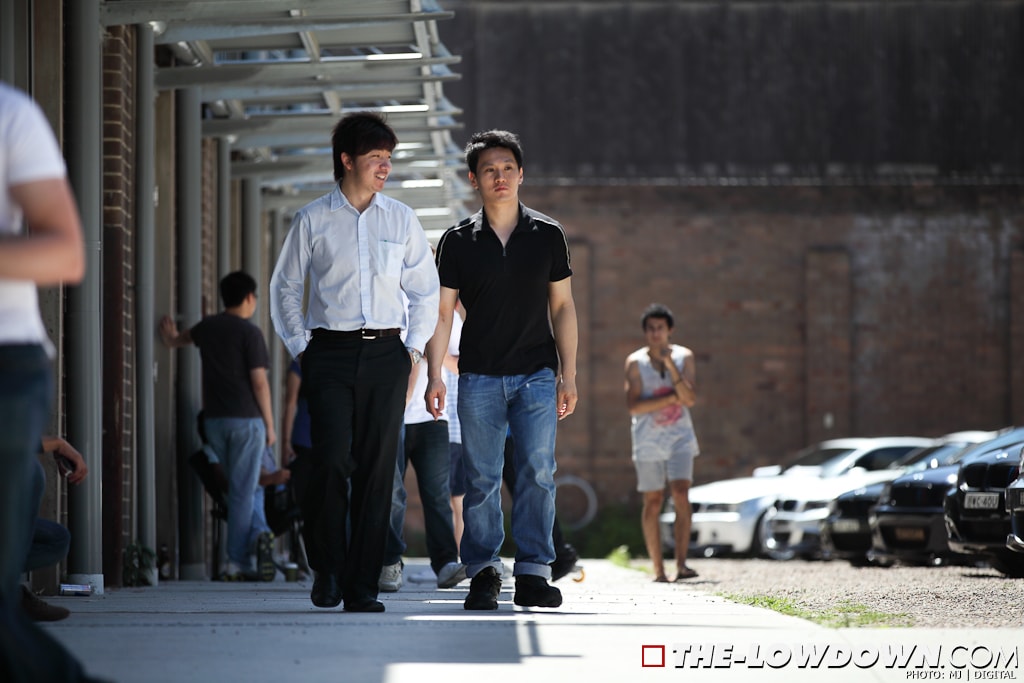 Several online forums combined to make up numbers for this event. Members were in attendance from 1 Addicts, E90 Post and E46 Fanatics. 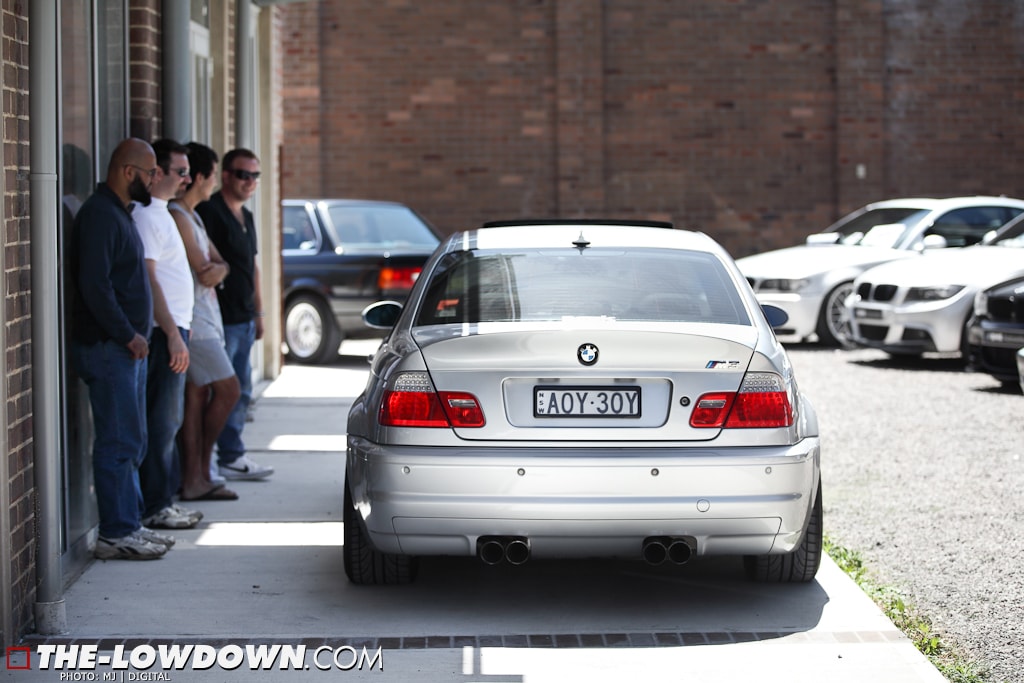 Owners attempted to find any shade they could with Sydney’s sweltering sun giving us a sneak peak at the summer ahead. 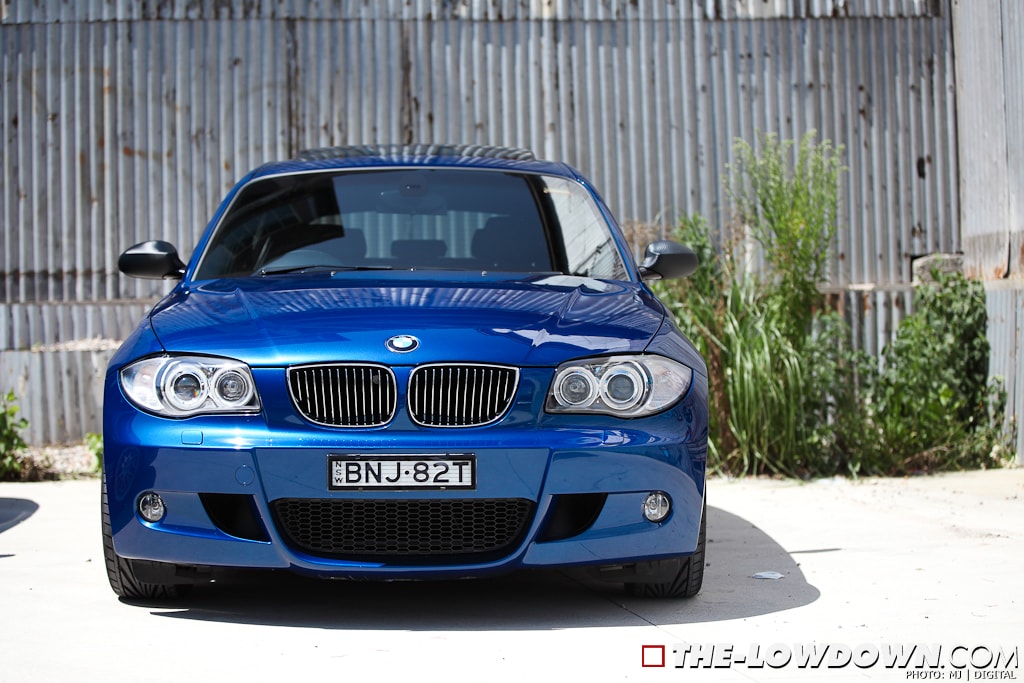 Of all the models that came through we saw more 1-Series than anything else on the day. Clearly BMW’s smallest offering has found its place in Sydney. 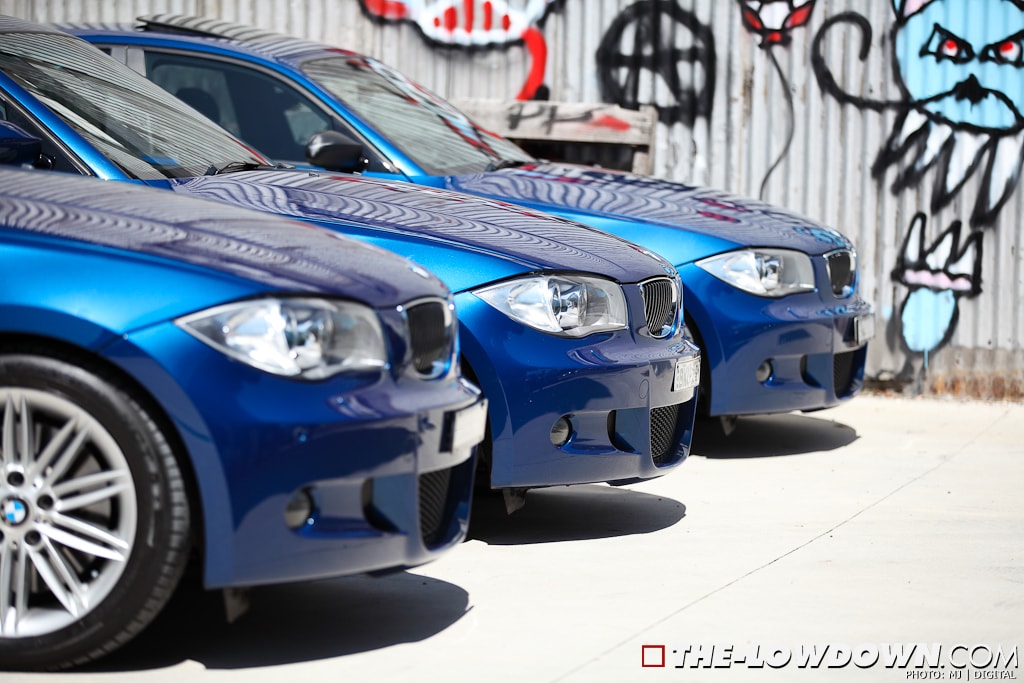 These three inconspicously found a corner of their own to hold a little photo-shoot and spot the diffference session. 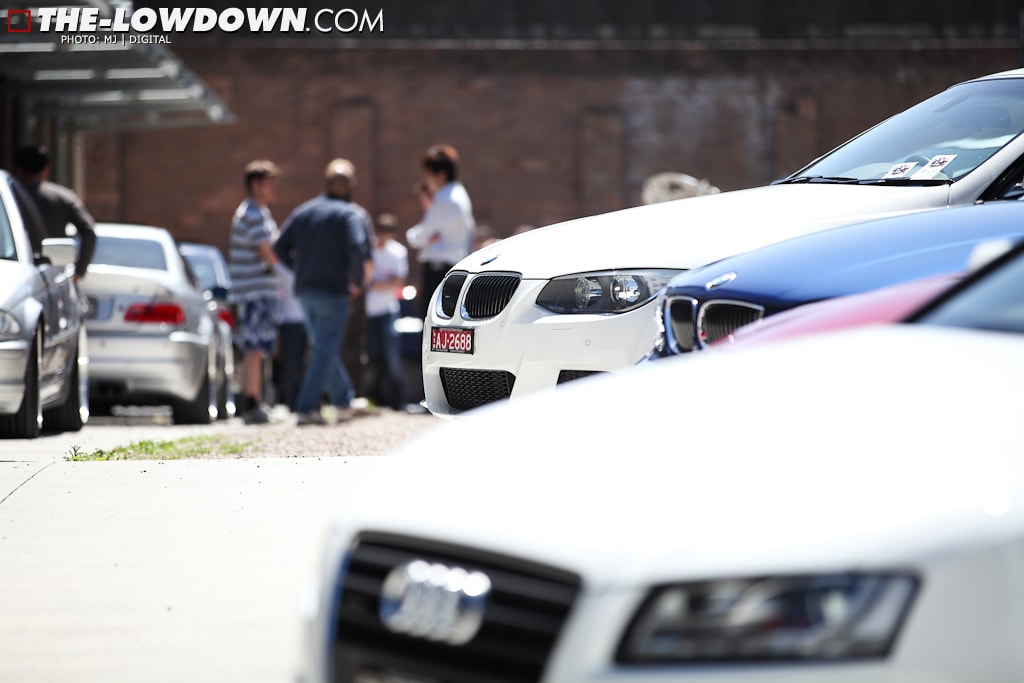 A few other makes blended into the crowd, only to be outnumbered by their competitors. 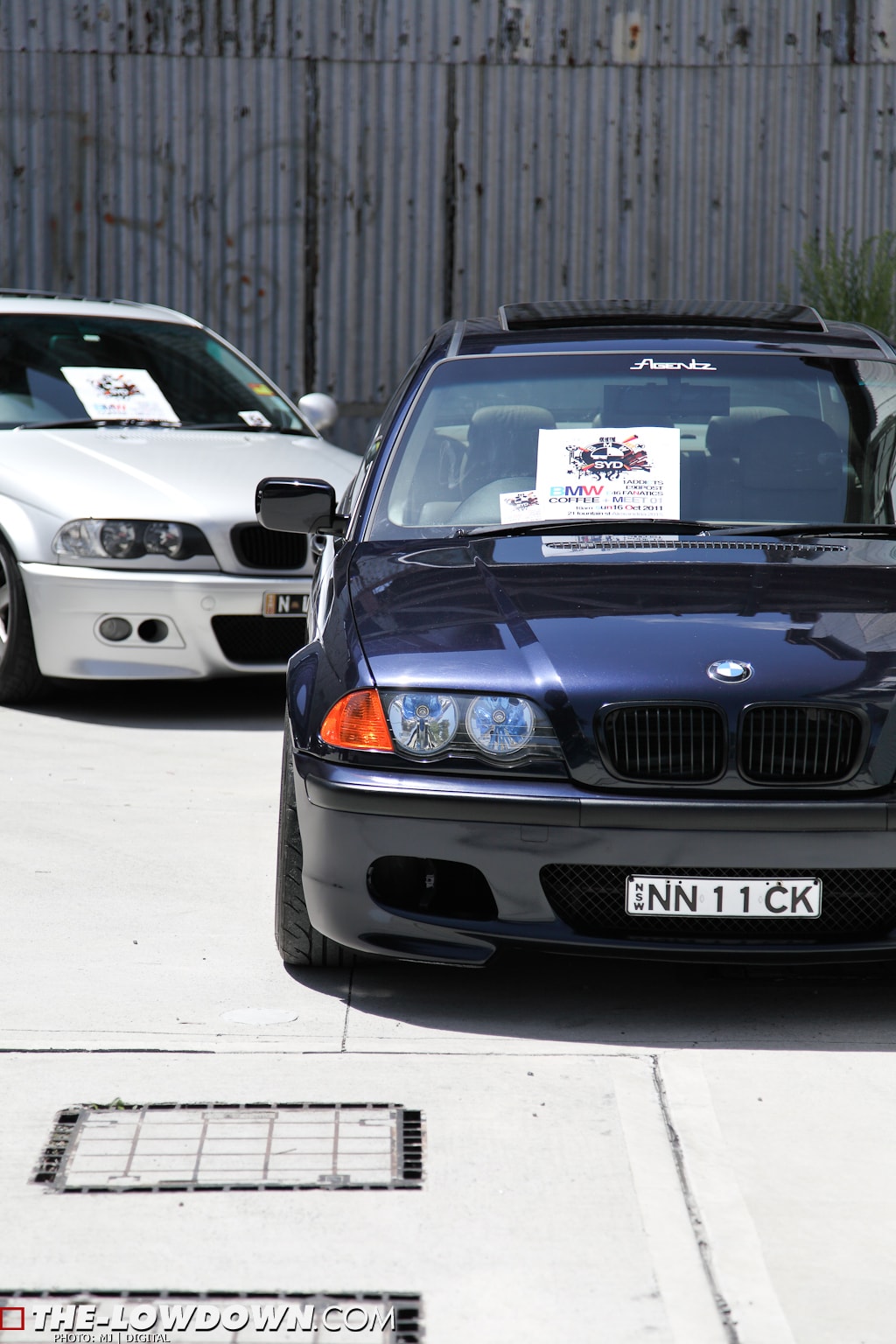 Team Agentz from Melbourne have begun to make their way into Sydney. Nick Tabetas 3-Series sedan is one of their first branded cars in New South Wales. Agentz is a crew built upon a like-minded approach to VIP and stance inspired cars. We expect to see more of their cars trickling into Sydney in the near future. 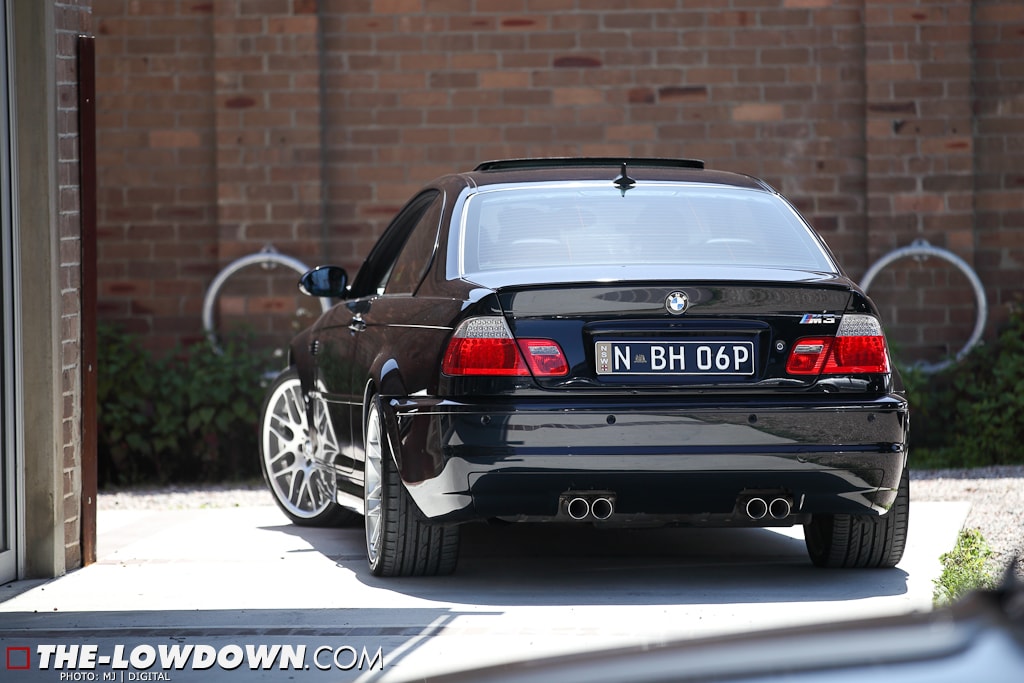 The E46 M3 remains one of our favorite European performance cars. The timeless design is classically handsome will stand the test of time as one of the best looking BMWs ever made. We first saw the car pictured above early last year at the MIA Dyno Day.

Johnny’s E46 320Ci has been enhanced with a number of performance parts. On the outside Johnny has added several body panels replicating the M3 CSL and we’ll cover the other modifications in more depth with an upcoming feature article. 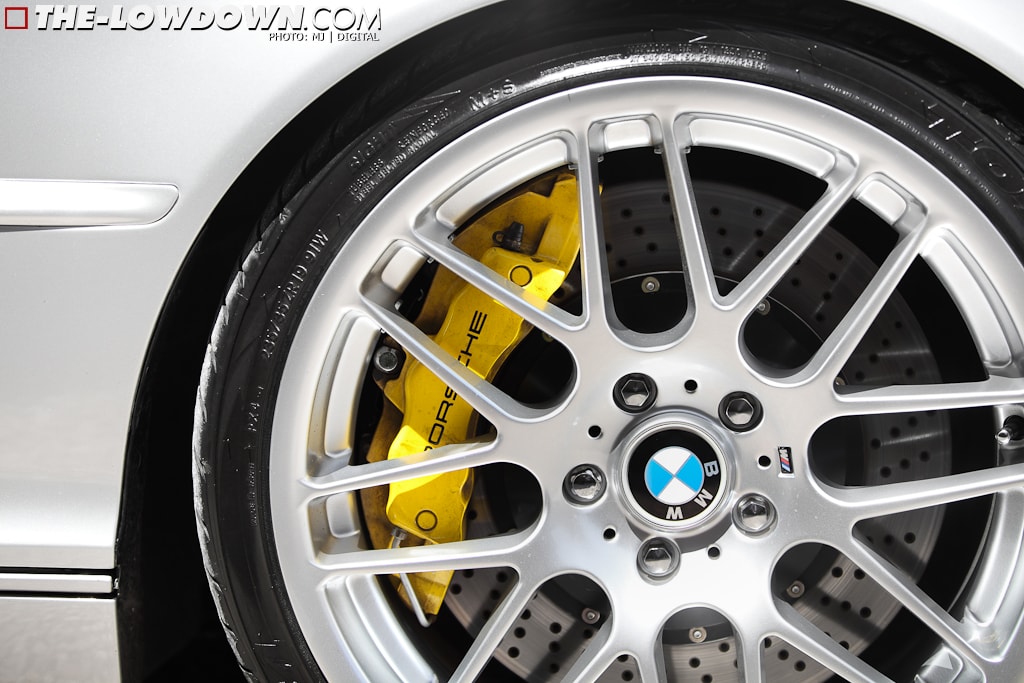 One of the most obvious upgrades is this big brake kit derived from a Porsche Cayenne Turbo package. The front callipers are six-piston items clamping 380mm rotors, while in the back there’s a pair of four-piston callipers and 350mm rotors.

As the owner of KCR Performance Parts Johnny has had the perfect excuse to modify his car. He specialises in supplying a number of aftermarket performance products and big brake kits. 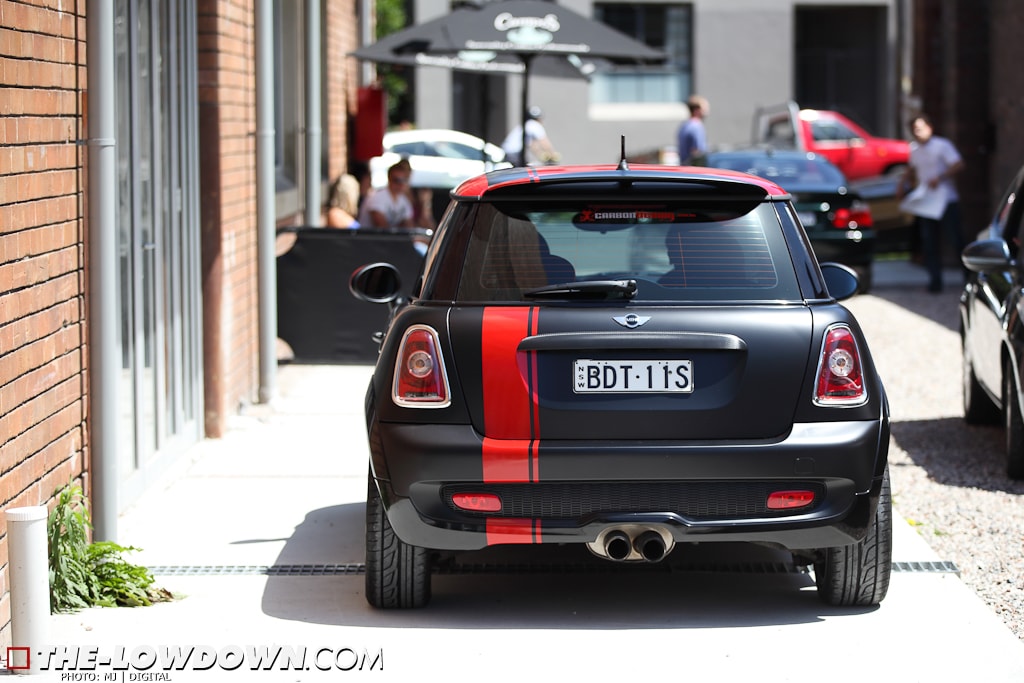 Above is the Carbon Demon Mini Cooper making an appearance at the meet. Carbon Demon sell a number of vinyl wrap solutions and their promotional Mini Cooper is finished in a satin black wrap. 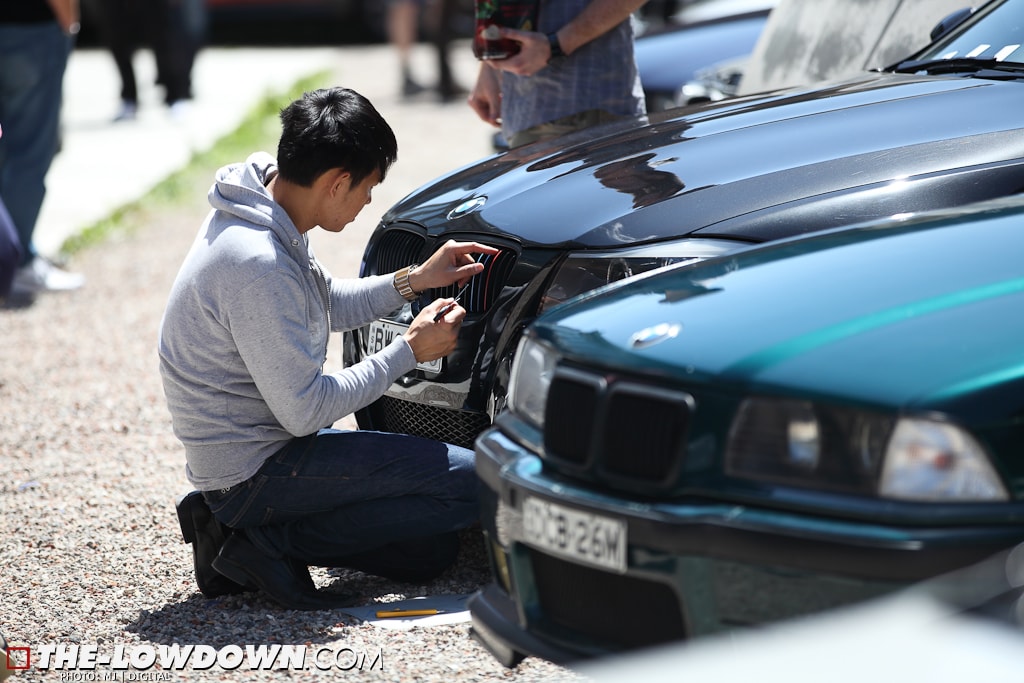 Organiser of the day, Johnny, spent the majority of his time adding vinyl strips to the grilles of those who wanted them. 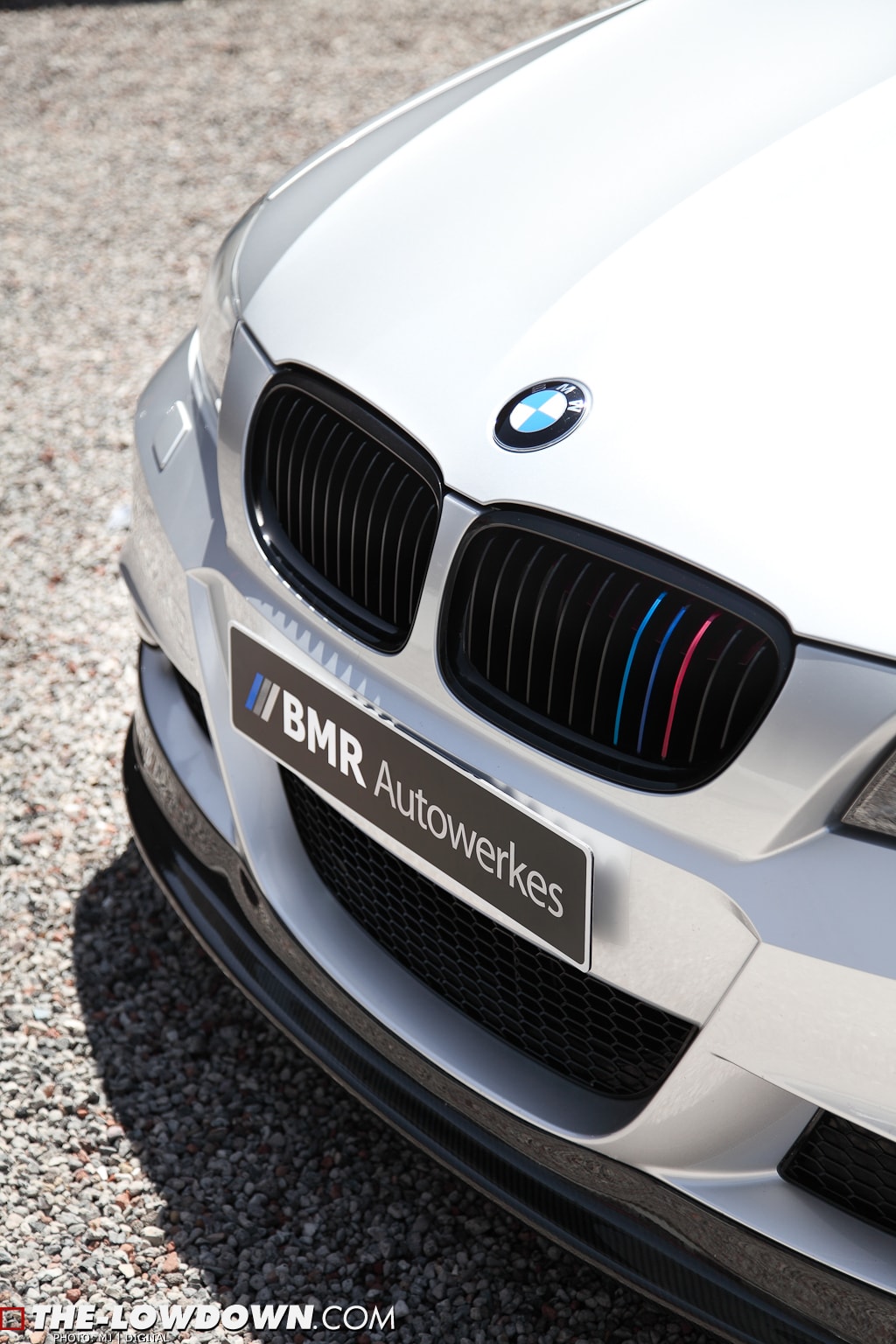 These vinyl pieces in the classic ‘M Power’ livery colours of red, violet and blue were ordered in advance just for the meet. 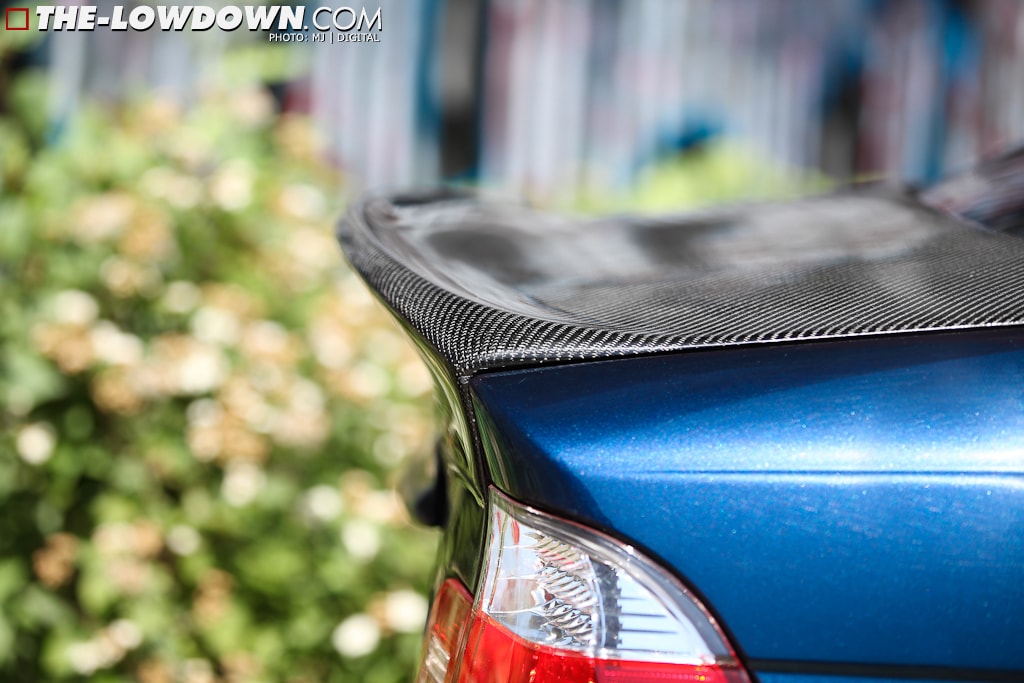 Carbon fibre always draws attention and this CSL style boot lid was a stand-out out on the 3-Series sedan above. Aerodynamic advantages are secondary when you look this good. 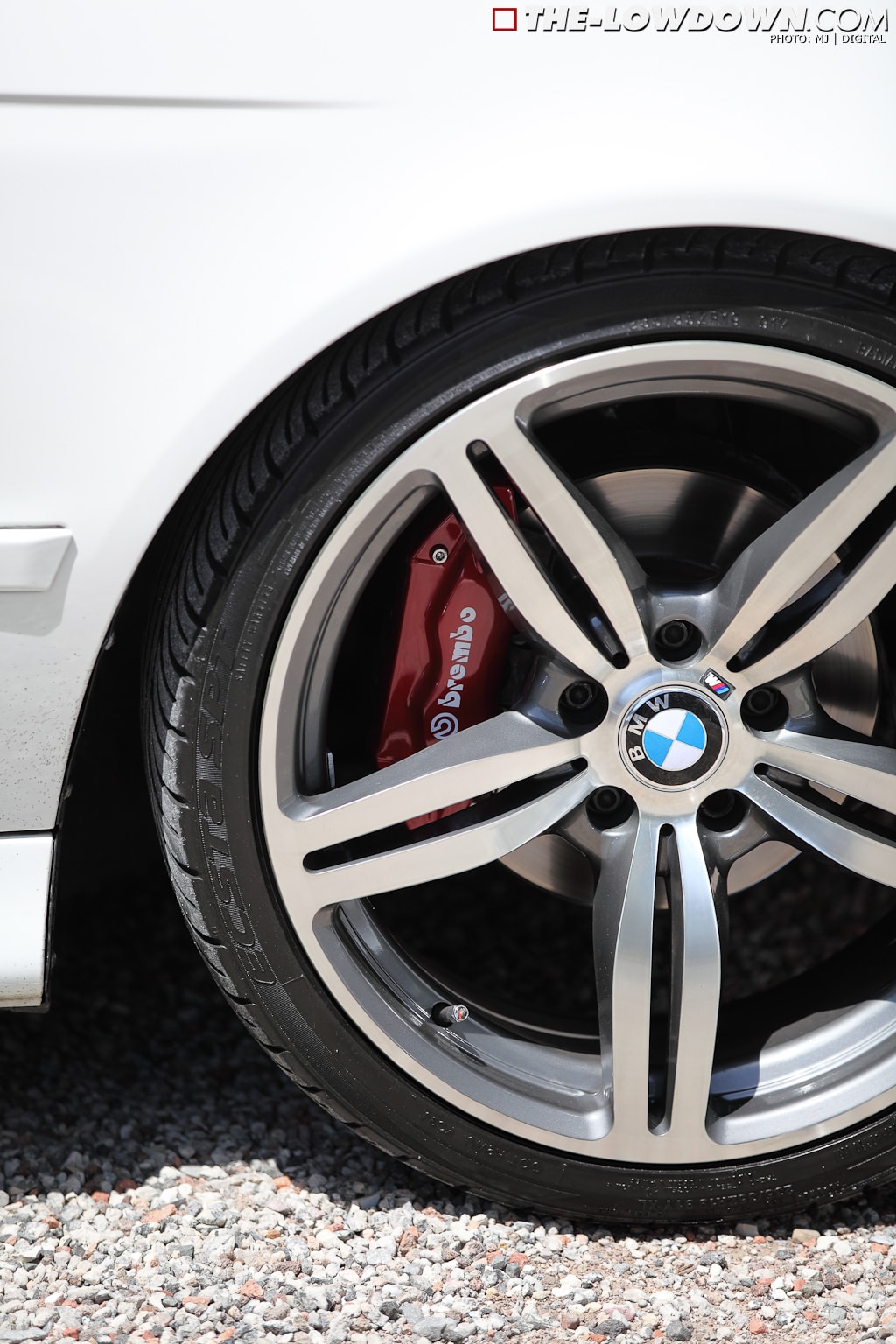 OEM style and factory upgrades are a popular modification choice for many European car owners. The ‘BMW Performance’ parts catalogue spans a large list of available parts. This style was evident at the meet with many owners adding significant touches to their vehicles from the manufacturer. 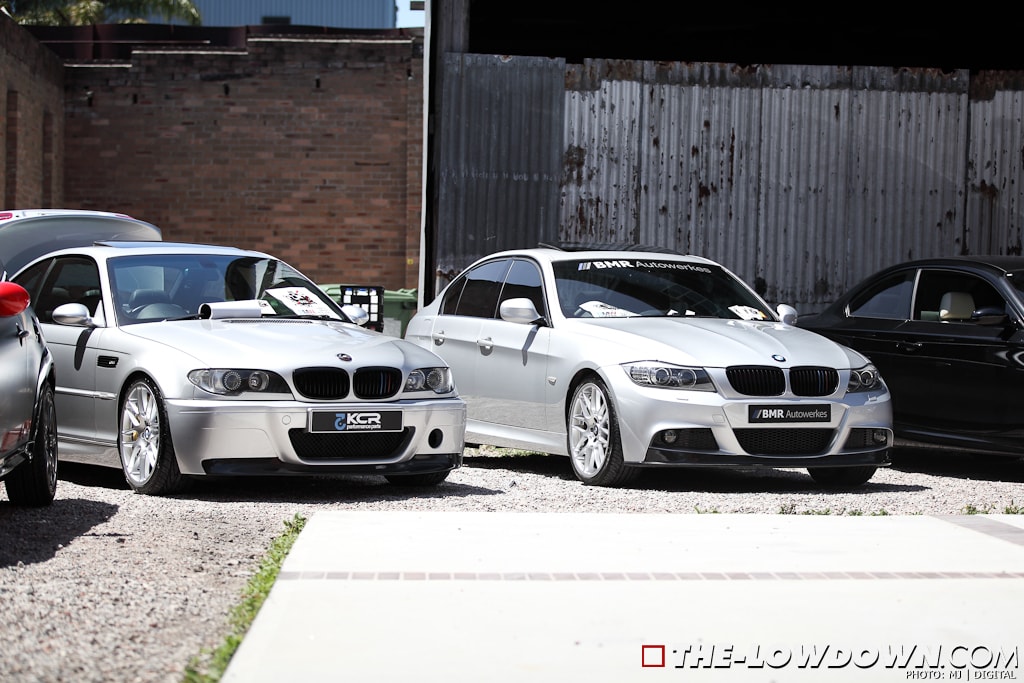 The most vital aspect of this type of gathering are the people who show up. Common interests triggered discussions in the car park all day. 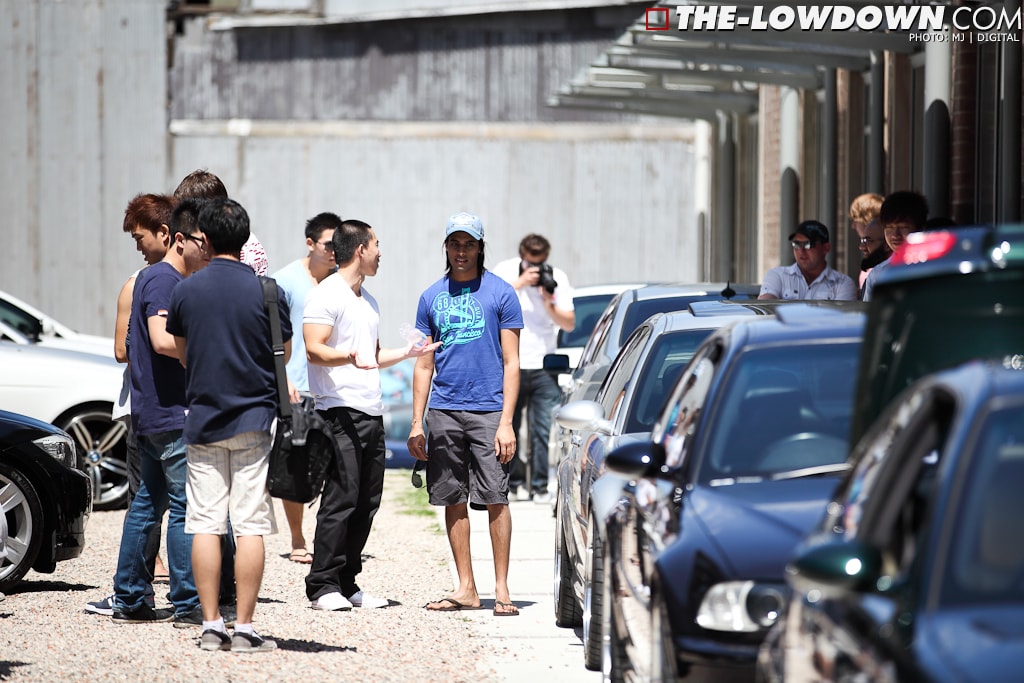 We had the chance to catch up with a few of T-LD’s supporters including Raj Nanda, above. Raj owns an immaculately presented M3 CS and has just started his own side-project called The Weekend Detailer. 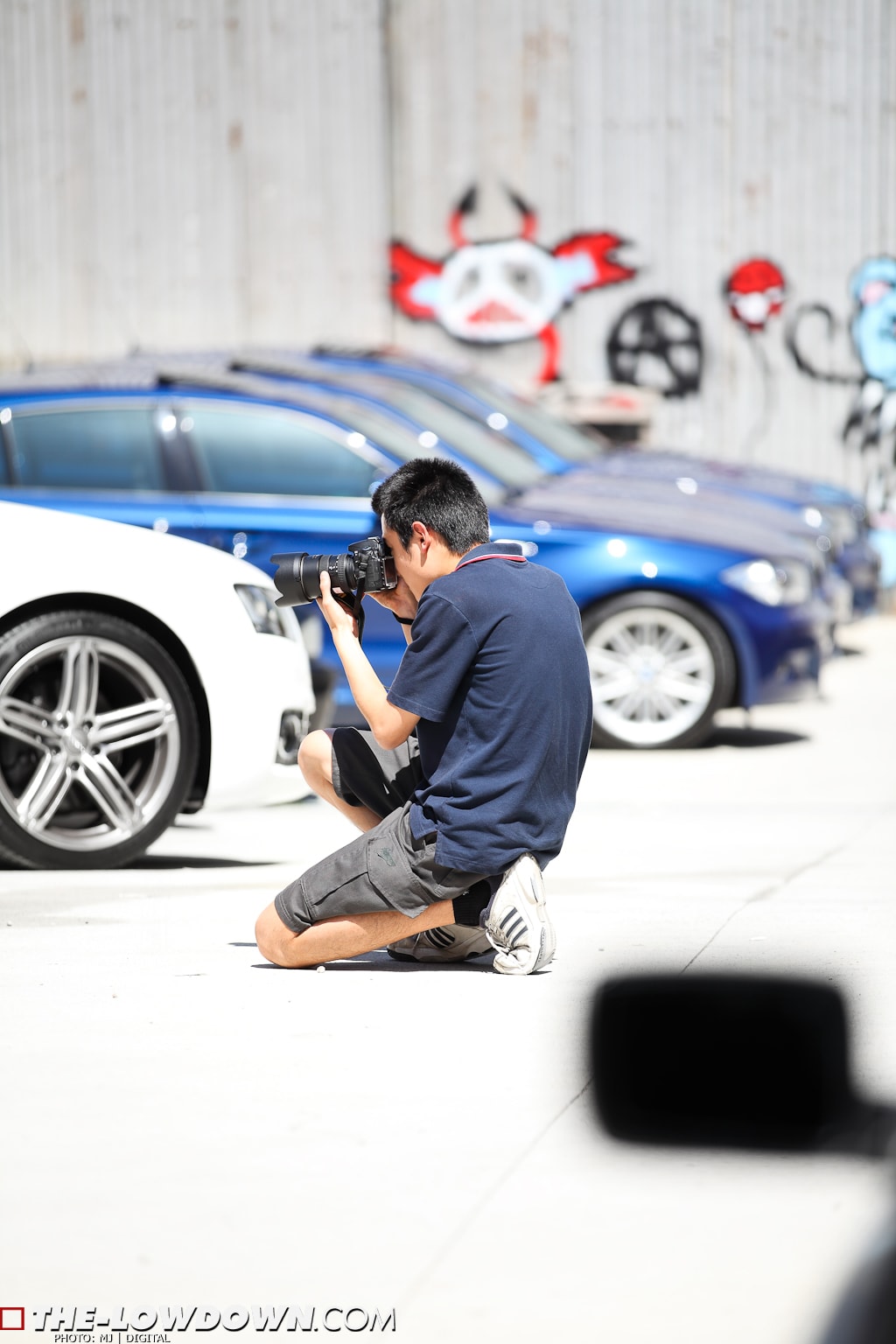 A large number of photographers were out on the day snapping as many frames as they could, with the weather making way for some sharp results. 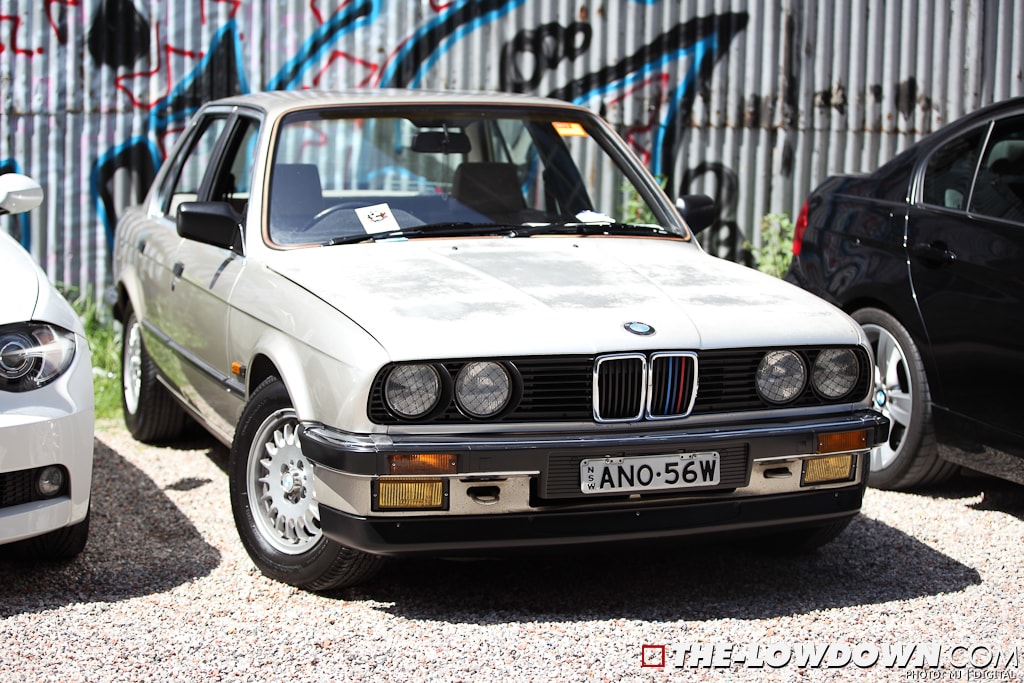 The E30 is proof of BMW’s ability to design cars that age well. Now if only we could find a reasonably priced E30 M3 out here. 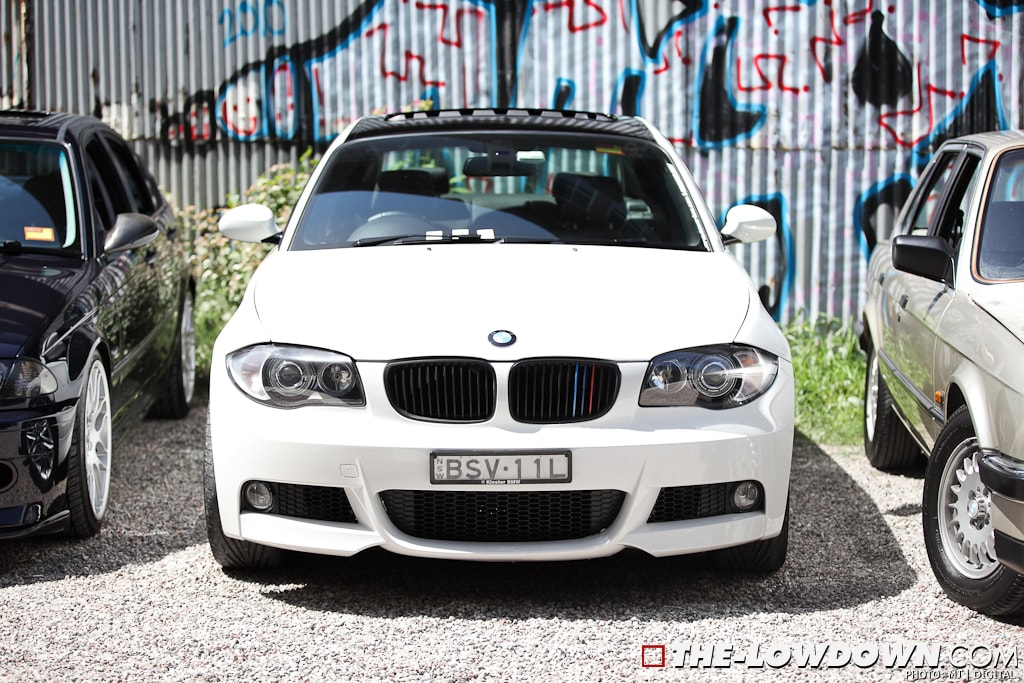 With the new 1-Series having just arrived we can see the outgoing model becoming more popular with the younger crowd as they drop in price over time. 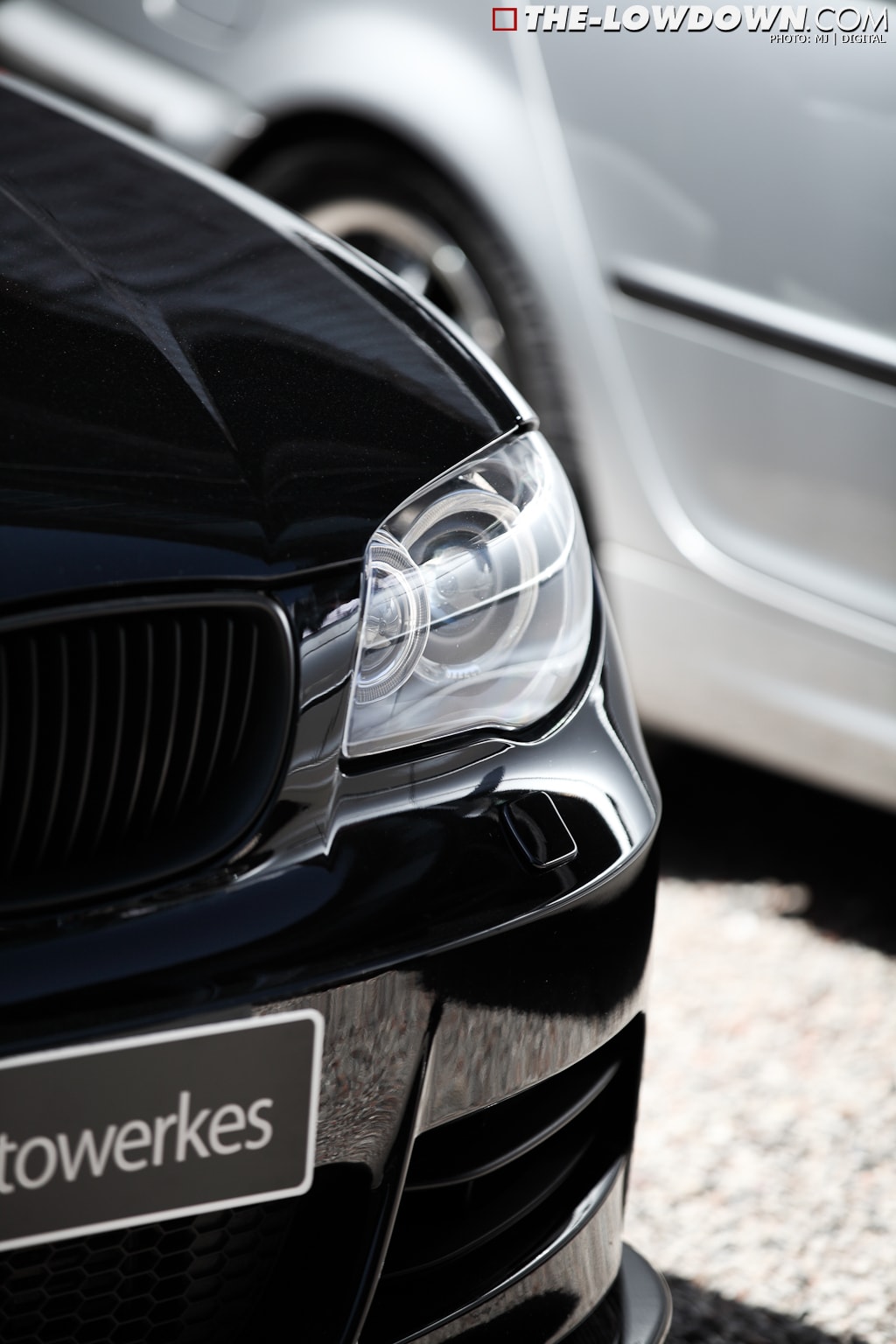 It’s safe to say that the amount of technology going into even the small things like headlight design and functionality has increased dramatically over the last few years. 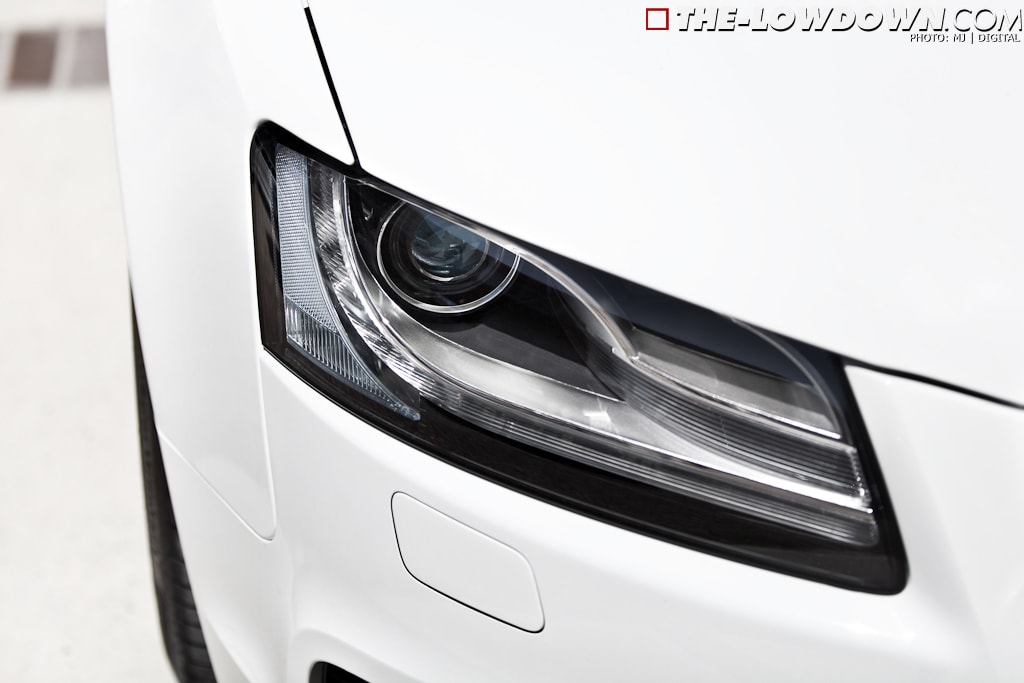 Not only from BMW, but all other manufacturers are now putting huge amounts of R&D into LED and Xenon technology. 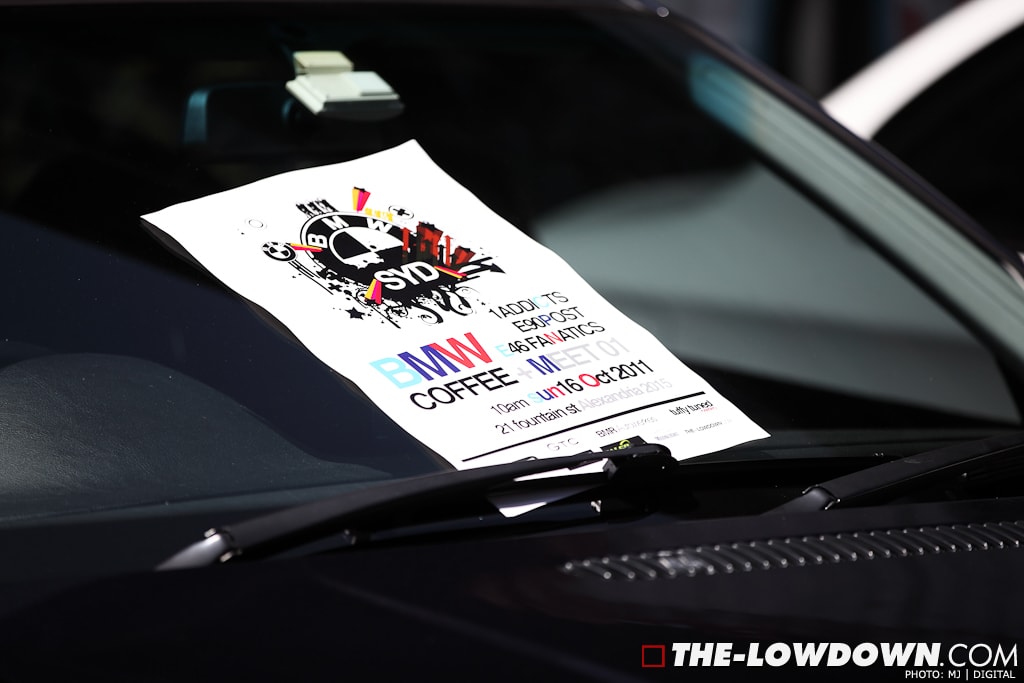 Johnny would like to thank all of the sponsors and forums that supported this meet and made it possible. Notably 1 Addicts, E90 Post, E46 Fanatics and BMR Autowerkes. Johnny has high hopes for their second gathering to draw an even larger crowd and fill out a bigger premises. We’ll see you then.