Have you ever wondered what it takes to win at WTAC? It’s no walk in the park. The swell of excitement surrounding those race days hasn’t died down for the guys behind this GT-R who put in their all and came home victorious. It would be easy to call it simply the BC Automotive car, but that would be selling it short. It’s not merely another workshop demo car, it’s the product of a huge team effort; a team of underdogs who showed that where there’s a will, there’s a way. 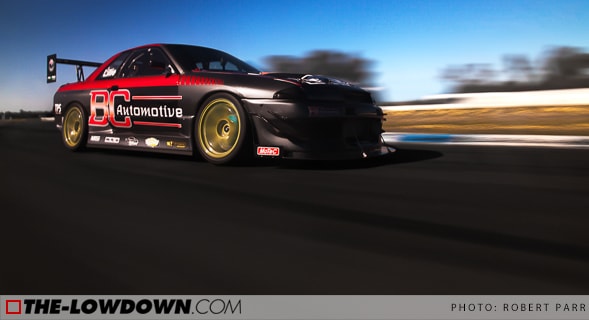 The owner of this R32 is a bloke named Steve. He’s had it for eight years now, and while his dreams are the ones that have pushed it to achieve as much as it has, he is the first to humbly admit that it’s been a collaborative effort. He tells us how it started, “I have always been passionate about cars since a very young age. I began attending track events with some mates and got hooked.” Before long the street GT-R was destined for race duties. “I was leaning towards tarmac rallies, so a full cage, fire bomb, seats and a harness went in. Back then it was running 270kW. I thought I’d leave it at that but that didn’t happen! Eventually I decided to stick with track days only. The need to go faster usually occurs with most track junkies.” 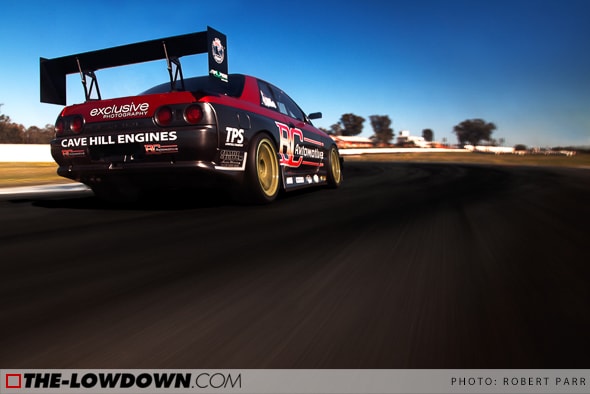 Phillip Island Raceway became Steve’s proving ground. “I was looking to take this car to a new level, my goal was to achieve Porsche GT3 Cup car lap times. My mate had one and I wanted my car to beat his times whether I was driving or someone else. As long as it was quicker than his Porsche was what mattered. Back then his car was lapping around 1.36s at the Island. I spoke to a few workshops and was told that those times were not possible for the Skyline. Hence the move to BC Automotive where they believed it could be done and had the knowledge to do so.” 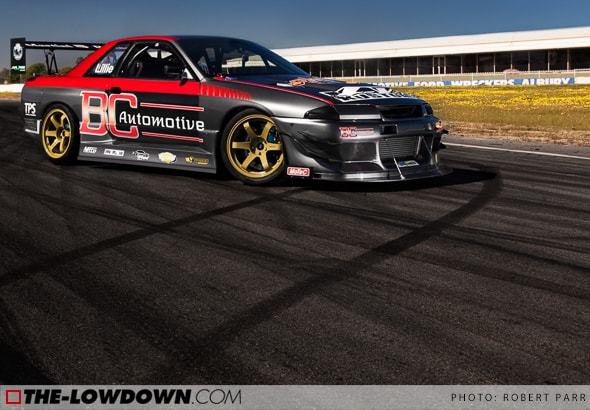 “I had a 2.8L HKS engine thrown in, Garrett twin-turbo setup, standard head except camshafts. BC Automotive tuned it up and pulled out 376kW on pump fuel, and well over 400kW on race fuel. We went to Phillip Island for a shakedown. Our best time was 1.43.3 with Dean Lillie (from BC Automotive, as he’s also a driver) at the wheel. That was running on 265 Pirelli slicks I bought second hand. Feedback from Deano was that the car was hard to drive, very snappy and needed some suspension tuning.” So back to the workshop they went. It was a full year before the car saw the track again in March this year. 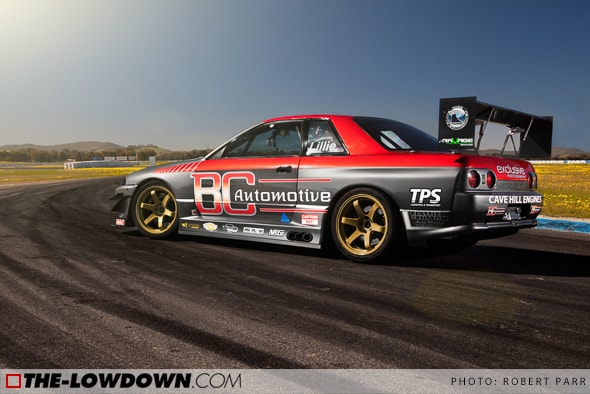 “We needed to make it lighter and we needed more grip. I bought 305 slicks for it, once again secondhand as I don’t have a large budget,” says Steve. Aero was desperately needed to bring out more from the car. “Brett and Dean made up a wooden front diffuser for testing which worked well. I added an Aeromotions dynamic wing to balance it, and a carbon rear boot and headlights. The car was weighing in at 1320kg with little fuel and no driver. The guys worked hard and smart, only advising me to spend cash on what was needed. We tuned it up on E85 fuel making 471kW on 26psi. Back to the Island we went to try and get that 1.36. Others doubted but it was achieved!” 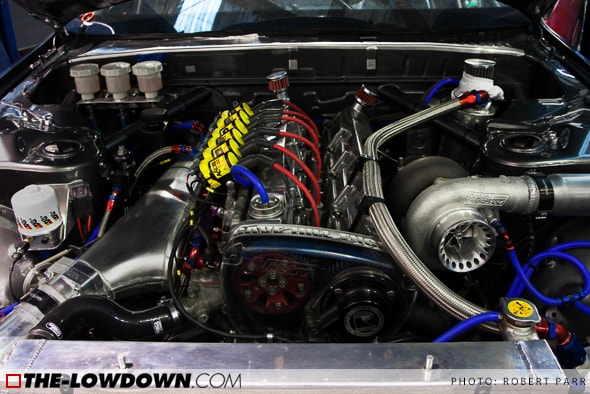 “That last track day was cut short as we only had four laps before we blew a turbo coming onto the main straight. It was back to BC Automotive for a chat about what to do next. That was when the decision was made to enter World Time Attack as a team. We wanted the car to be as competitive as possible. Local businesses and friends came on board with this new build to see what the car could do at its full potential. That meant new engine/turbo package, more cage work to stiffen it up, lighten it, and most importantly it had to be reliable. We’re very fortunate to have sponsors on board.” 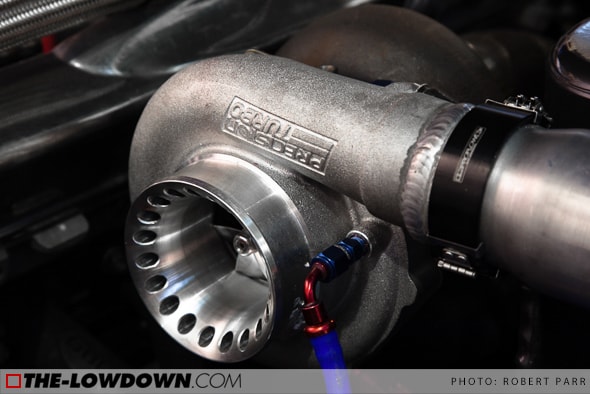 Preparations ran down to the wire. Incredible hard work and dedication from all involved saw the BC Automotive team arrive at Sydney Motorsport Park with an extremely potent package. The now 1000+HP GT-R earned its nickname ‘Monster’ by taking out the super competitive Open Class with a 1:31.798, piloted by Dean Lillie once again. “It was a team effort to achieve this complete make over. I have never dealt with a workshop like BC Automotive who put so much energy into making this project succeed. Our engine builder, Cave Hill Engine Services worked just as hard. It is rare to find a workshop that shows integrity. BC Automotive have seriously impressed me and still do.” 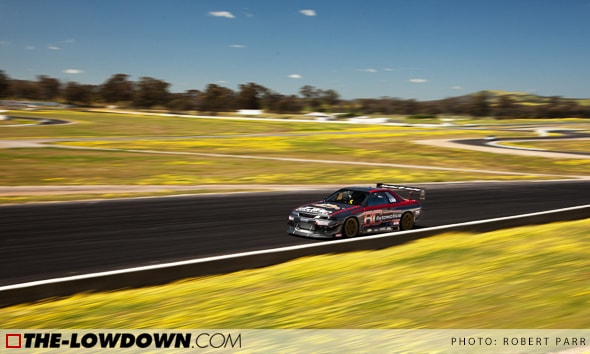 Dean was clearly ecstatic with the result, as seen in the video below. The team’s victory is a real triumph over adversity story, and proof that you don’t need an Evo to win at WTAC! Steve sums it up, “At the end of the day we all love what we do, which is why it works.”